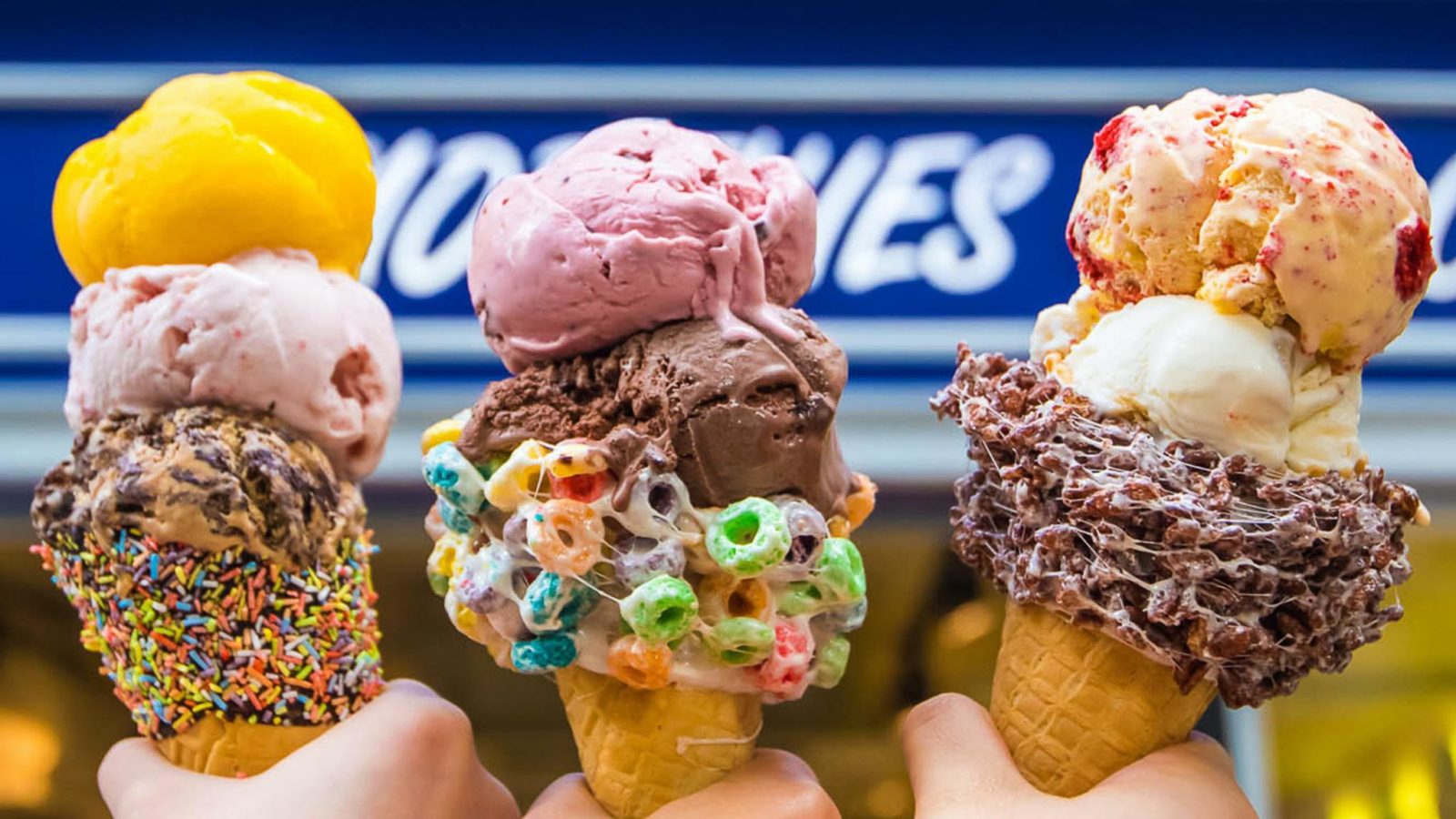 Food & Drink
Cone But Not Forgotten: A farewell to Emack & Bolio’s ice cream in Hong Kong
Share this article
Next article

You probably remember the arrival of Emack & Bolio’s in Hong Kong –– building anticipation with announcements of “We’re coming this summer!” and then, the flurry of colourful posts of the ice cream parlour’s signature cones that flooded our Instagram feeds. lt has been six years since the Boston-based brand first made its debut, and now, this September 2021, Emack & Bolio’s will serve its last cone and bid a final farewell to the city.

It was a brief first meeting before the city was head-over-heels smitten; love at first sight, really. Tempted by the rainbow selection of treat-covered cones and chunky, oversize scoops that seem to come in every flavour under the sun –– and then some. Emack & Bolio’s rarely said no; they were the ones that granted our wildest ice cream dreams. The kind that we fantasied about as children after a full day of frolicking at the beach. The kind that only appeared in picture books. Emack & Bolio’s arrived with just one lesson, graciously taught in time alongside their irresistible scoops –– ice cream is more than a passing treat to cool off in summer. It’s a loud, proud, colourful grand affair.

We personalised our own cones, adored its creative flavours –– Peanut Butter Oreo, Space Cake, Cookie Monster, Salted Caramel Chocolate Pretzel were among the city’s favourites –– and had it delivered to our doorstep on the days we longed for a sugary rush from our favourite treats crushed and embedded within the creamy swirls. We’ll miss the dramatic cones that lean precariously over and the custom scoops that ventured far beyond the usual. But most particularly, I think we’ll miss those photogenic stacks that somehow defy gravity to climb up, up and further up.

Here are a few of our favourite things about Emack & Bolio’s:

It was first the colourful scoops that caught our attention, and then the endless stacking of Emack & Bolio’s chunky ice cream that held us in a constant, mesmerised trance. How does it manage to stay upright? How many more scoops before it all comes tumbling down? Cones have been spotted reaching as tall as eight scoops (with six being the golden number). This is all part of the very ambitious ten-scoop challenge that Emack & Bolio’s put in place when it arrived.

Whenever the time was right, Emack & Bolio’s delighted us with photogenic renditions of our favourite cones that matched holidays on the calendar: reindeers (or Stoney, the moose mascot) for Christmas, a bunny for Mid-Autumn festival and customised tombstone treats for Halloween. The most memorable, however, were the confectioner’s recreation of the Chinese New Year zodiac, renewed year after year. There were dogs, mice and oxen, much like this pair of piglets made especially for 2019 Year of the Pig.

And without an ounce of doubt, Emack & Bolio’s was celebrated for its wild collection of imaginative flavours that leaped beyond the usual trio of chocolate, strawberry and vanilla. Known to pour in all sorts of bits and bobs into its creamy homemade swirl –– chunks of cake, chocolate chip cookies and pretzels –– there was never just one sweet condiment. The all-time favourite Mud Pie has famously been compared to an edible iced mocha with a coffee ice cream base, topped off with chocolate chunks and Oreos.

Feeling nostalgic? Go ahead and indulge in one last Emack & Bolio’s ice cream cone before they leave the remaining post in Central on 22 September (Wednesday). Hey, make it two.

Ice Cream Emack & Bolio's
Lorria Sahmet
Editor
After two years of covering luxury retail, Lorria is thrilled to be writing in fashion, food and lifestyle here at Lifestyle Asia. When not roaming around garden centres hauling back new plants for her indoor jungle, find her hunting down the best fries in the city. She's happiest by the ocean with a fishbowl glass of ice-cold Aperol spritz.
Style Jewellery Wellness Food