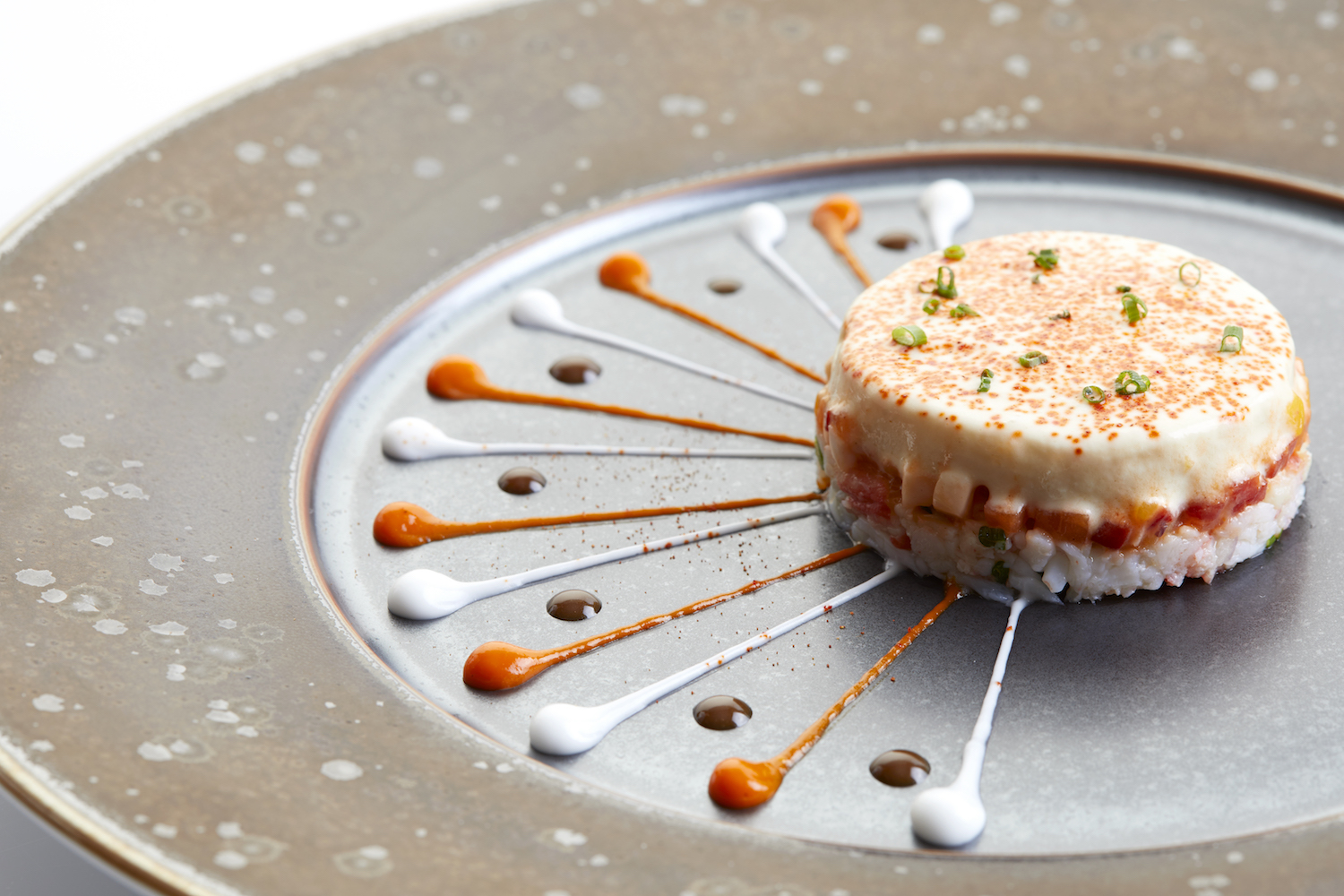 Fine dining fans and lovers of Gallic gastronomy will want to save the date for Monday, 12 August, as two pioneering French chefs join forces to present an exclusive pop-up dinner at two-Michelin-starred Écriture. For one night only, award-winning chef Vincent Thierry of Chef’s Table, The Dome at Lebua in Bangkok teams up with Écriture’s head chef, Maxime Gilbert, for a 9-course degustation showcasing creative French cuisine.

Vincent Thierry of Chef's Table, The Dome at Lebua.

For chef Thierry, the event marks a bit of a homecoming: Fine dining aficionados will know him as the founding chef of Caprice, Four Seasons Hotel Hong Kong’s three-Michelin-starred gem. A native of the Loire Valley, Thierry’s cooking rests on classic French recipes served simply and free of pretensions — a philosophy he abides by at Chef’s Table, which opened in March 2019 on the 61st floor of the prestigious dining destination, The Dome at Lebua. Just a few months old, the exclusive tasting counter has already received widespread acclaim for its exquisite French fare served up in stunning surrounds.

In joining forces with chef Maxime Gilbert — the ex-Chef de Cuisine of Amber who led Écriture to pick up two Michelin stars just 8 months after opening — the two chefs are set to elevate French cuisine beyond traditional notions using the finest ingredients. The 9-course collaboration offers a handful of dishes from both chefs; from Thierry, expect tantalising dishes such as king crab tiramisu with marinated tandoori fruits, Scottish langoustine and sweetbread lasagna, and Brittany turbot with verbena-infused violin zucchini and pistachio purée. Alternating with Thierry, Gilbert will present a series of five dishes that showcase the elegant simplicity of his Japanese-inflected French fare, from a tasty sardine appetiser to caviar bone marrow and a dessert built around bright Japanese citrus.

The 9-course joint menu will be priced at HK$2,880 plus 10% service charge per guest; book from the website here.

Caprice Pop-up Vincent Thierry pop-up dinner guest chef menu ecriture
Leslie Yeh
Editor in Chief
Having worked as a lifestyle editor for almost 10 years, Leslie is thrilled to be writing about the topic she loves most: wining and dining. When she's not out pounding the pavement for the latest new restaurant opening or tracking food trends, Leslie can be found at home whipping up a plate of rigatoni vodka and binge-watching Netflix with a glass of Sauvignon Blanc in hand.
Dining Restaurants Food Trends Drinks Travel