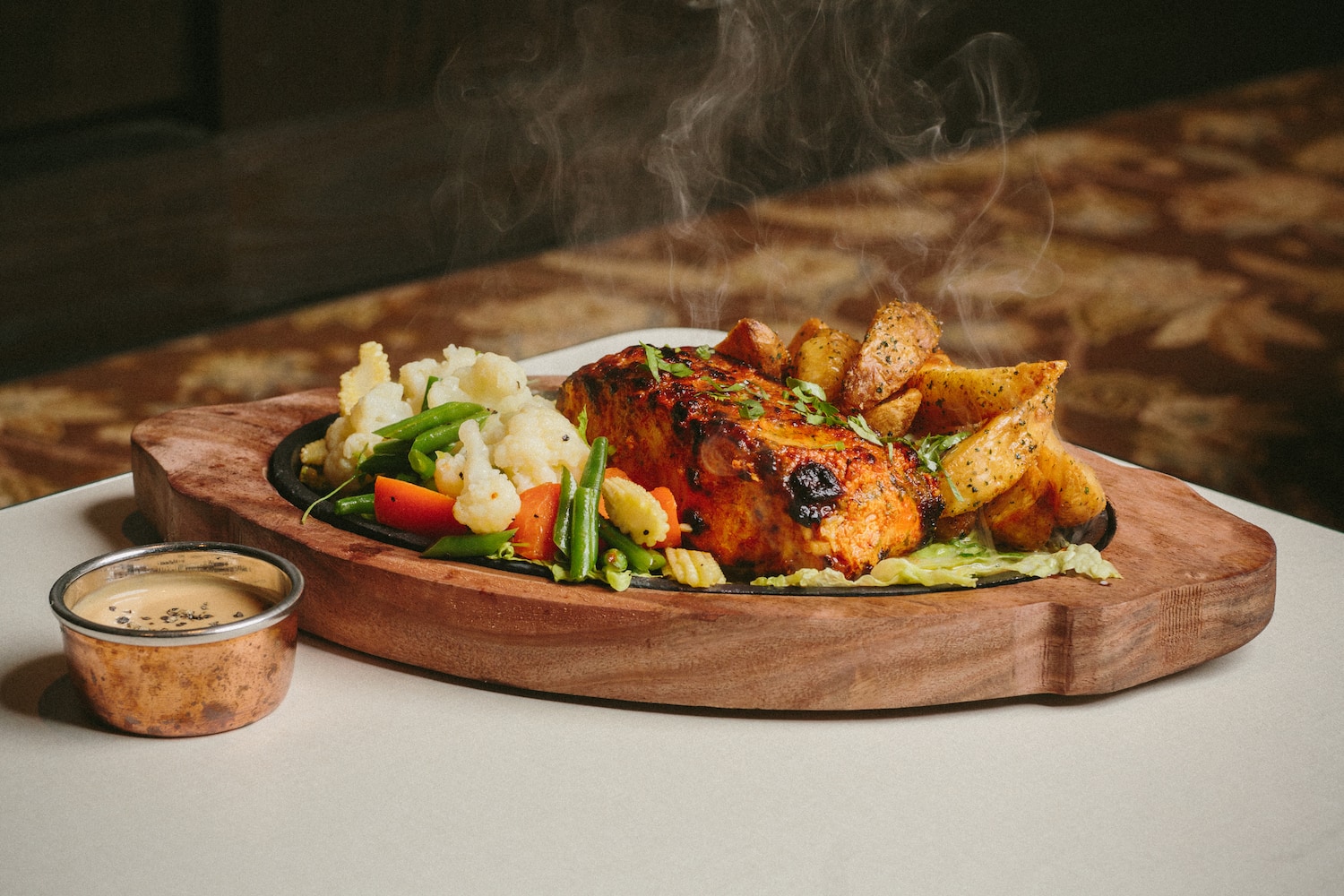 First look: Inside Rajasthan Rifles, an Anglo-Indian mess hall at The Peak

Food & Drink
First look: Inside Rajasthan Rifles, an Anglo-Indian mess hall at The Peak
Share this article
Next article

As Hongkongers, we love complaining about how hosting out-of-towners means having to fight crowds on another tiresome trip up to The Peak. However, a new restaurant has just popped up at the tourist attraction that might have you whistling a different tune: Rajasthan Rifles, the 20th concept from Black Sheep Restaurants, who are pushing full steam ahead this month with back-to-back openings, following the launch of Taqueria Super Macho.

Situated adjacent to Gordon Ramsay’s Bread Street Kitchen & Bar, Rajasthan Rifles is Black Sheep’s first foray at The Peak, adding another dining destination to The Peak Galleria, newly renovated and slated to reopen in phases starting this summer. But while The Peak’s portfolio largely caters to tourists, Rajasthan Rifles aims to be an all-day diner serving residents in the area, with daytime bookings open only to those living on Stubbs Road or above (the rest of us will have to make do with limited dinnertime reservations).

An exploration of the intersection of two cultures, Rajasthan Rifles takes its inspiration from the rambunctious mess halls which flourished in the 1920s, when the British Indian Army started to accept Officers of Indian heritage into their ranks. Stationed on the subcontinent, the Anglo-Indian army took refuge in these cafeteria-like dining halls where the unfussy food — an idiosyncratic merging of two cuisines — was chased down with copious amounts of gin and whisky while cultural barriers broken down over a game of cards and a cigar.

Rather than subtly allude to the time period, it should surprise no one that Black Sheep has gone full monty on another over-the-top reconstruction punctuated by period sets and costumed waiters, as we discovered on a recent visit to the restaurant ahead of its grand opening. The spirit may hark back to colonial-era India, but the handsome fit-outs are distinctly modern; the mess hall vibes have been reconstructed with gleaming tabletops set with rattan chairs, easily pushed together for large-format communal dining. Tones seem filtered through a sepia lens, evoking the surrealist feeling of being thrust back into 1920s Rajasthan, with the tropical heat alluded to by lush planters, timber, milk lights and ceiling fans. Wait staff, meanwhile, appear almost comical in their knee-high hose tops, khaki shorts, toy rifles and pith helmets — the army-inspired outfits making for a well-placed Insta opp for our party.

The legend goes that one particular unit of the otherwise feared Indian army — the Rajasthan Rifles — were much more interested in gin and cricket than combat. The menu here, resembling an official military folder, takes that story to heart, stipulating that “the Mess rule dictates that if more than one toast is to be drunk, the procedure must be repeated.” Not that anyone needed encouragement to take advantage of the bar’s attractive offerings, including premium gin & tonics, whisky sodas (the “standard call of duty for the officer and a gentleman”), and various craft cocktails such as a particularly refreshing Peach Shandy (HK$88) splashed with gin, white ale, peach purée and soda water.

Lest you were worried that Rajasthan Rifles sounds like a matter of style over substance, rest assured that this is no short-order cafeteria food. The kitchen is helmed by chef Palash Mitra, whose recent Michelin win at New Punjab Club is well-deserved proof of his confident command over Indian cuisine. Here, he also presides over drum-shaped tandoor ovens, which lend their deep earthy aromas to chicken tikka in a marinade of yogurt and ground chillies, house-made paneer skewered with capsicums, and goat seekh kebabs infused with fiery green chillies and roasted cumin.

In fact, a handful of dishes closely resemble those at New Punjab Club: There are the same puffy triangles of garlic naan bread (though we found them a smidgeon tougher here); samosas (flaky triangles of potato and peas as opposed to NPC’s ‘smashed samosas’ riff); and keema pau, a sloppy joe-like creation with slow-cooked mutton ladled over ghee-soaked buns. At both restaurants, chef Mitra excels at fish: the line-caught cobia at NPC is rivalled by Rajasthan Rifles’ salmon, a generous fillet coated in a riveting blend of spices, with the meat flaking tenderly under its heavy marinade. On each table sits a trio of chutneys — perhaps the single most ubiquitous Anglo-Indian creation — from sweet fig to a sweat-inducing chilli-laced variety, which you can add as you like to customise your dishes.

Beyond that, the menu springs off on a creative tangent, embracing idiosyncratic Anglo-Indian creations such as mulligatawny, a richly flavoured soup of pulled chicken, celery and rice; an Indian riff on a club sandwich layered with a masala omelette; and “sizzler plates” — cast-iron skillets anchored by a choice of protein with a side of buttered beans, cauliflower and carrots. The dum aloo “gunpowder” dish makes for a filling side: potatoes sprinkled over with a red-hot chilli and lentil powder, which arrive at the table complete with a story of how the dish was created on the front lines of war. Towards the end of the meal arrives a steaming elixir in the form of masala chai, a soothing tea cup of sweetened black tea carrying the fragrant scent of cardamom and ginger.

While the club sandwiches, chops and sizzler platters may all start to sound pedestrian, their simple appearances bely a deep cabinet of spices, command of flavour profiles and complex cooking methods characteristic of chef Mitra’s kitchen. With the playful menu, well-crafted drinks and convivial atmosphere, Rajasthan Rifles makes for a compelling reason to plan your next visit up the mountain.

Dining Restaurants Hong Kong Dining Black Sheep Restaurants the peak the peak restaurants rajasthan rifles
Leslie Yeh
Editor in Chief
Having worked as a lifestyle editor for almost 10 years, Leslie is thrilled to be writing about the topic she loves most: wining and dining. When she's not out pounding the pavement for the latest new restaurant opening or tracking food trends, Leslie can be found at home whipping up a plate of rigatoni vodka and binge-watching Netflix with a glass of Sauvignon Blanc in hand.
Dining Restaurants Food Trends Drinks Travel