Home > Food & Drink > Dining > First look: Is the new Bread Street Kitchen at The Peak worth the journey? 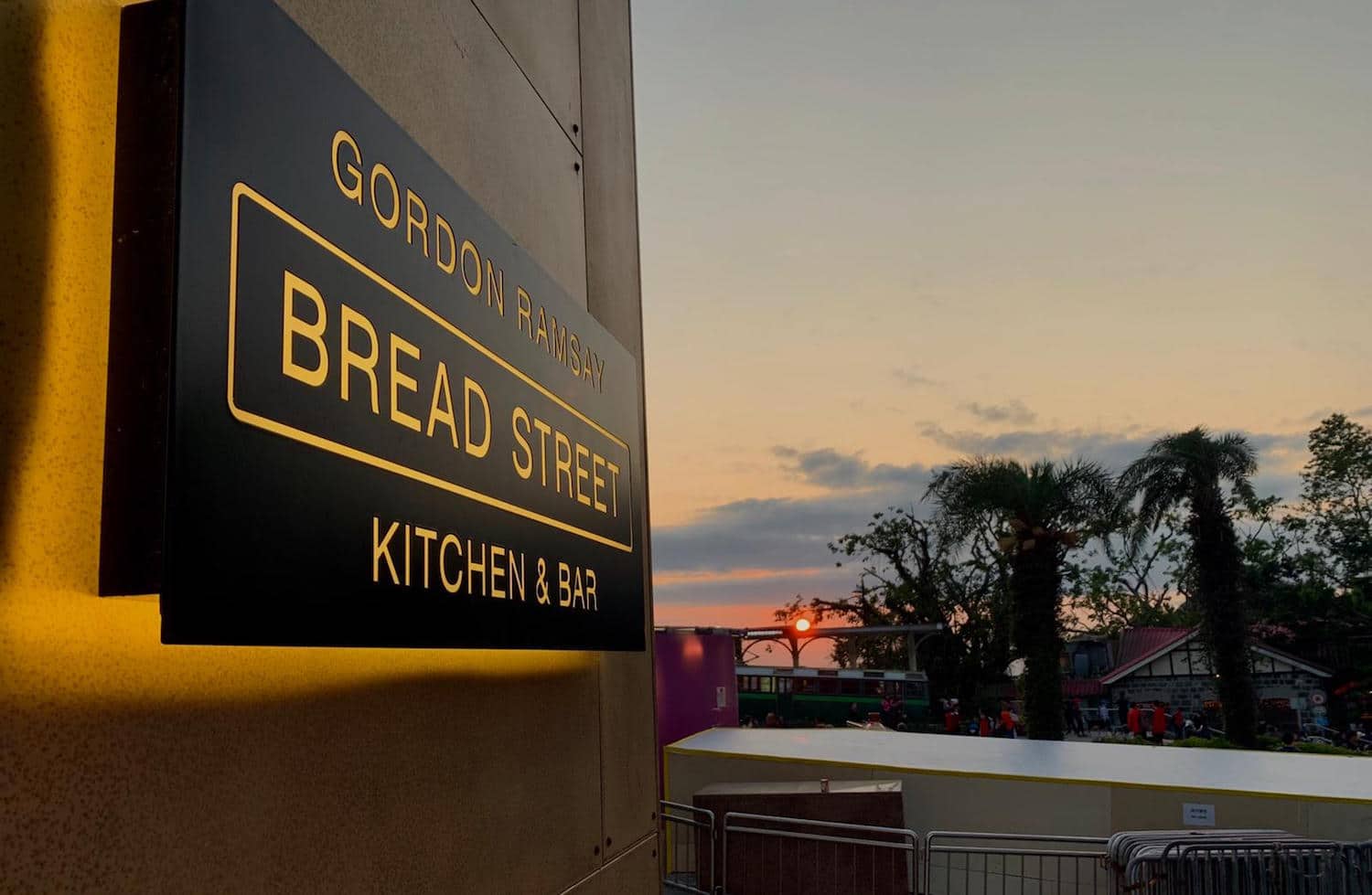 First look: Is the new Bread Street Kitchen at The Peak worth the journey?

Food & Drink
First look: Is the new Bread Street Kitchen at The Peak worth the journey?
Share this article
Next article

It’s no secret that restaurants in Hong Kong sit at the mercy of their landlords, with a vicious rent hike or sudden repurposing of a building often sounding the death knell for long-established venues, regardless of their popularity with diners. Luckily, Gordon Ramsay’s Bread Street Kitchen & Bar has avoided that fate (and perhaps an impending spell of mid-career malaise after four years in operation) by relocating to a showy new space atop The Peak, following news of the restaurant’s closing at LKF Tower. BSK’s second act is propped up by its partnership with local F&B group Dining Concepts, with the new location pandering to both local Ramsay fans and visiting tourists attracted by the celebrity chef’s name.

Opening weeks have seen steady business at Bread Street Kitchen 2.0; the dining room was buzzing on a recent Friday afternoon, when we stopped by to scope out some of the new dishes on the menu. The Peak Galleria is currently under construction, slated to reopen in phases this summer with a slate of new restaurants. For now, BSK (the first to inhabit the building) and the nearby Peak Tram building are the only places to grab a bite for hungry tourists.

The industrial-chic diner has been upgraded from 90 seats to 124 — the most desirable additions of the new space being the alfresco terrace which seats 40, and an open-fronted bar where guests can slip into the evening with a cocktail while feeling the cool gusts of air sweeping up the mountainside. Dinner is best prefaced with one of the Street Kitchen Classics (HK$118): erring on the sweeter side for a pre-dinner palate whetter, these include the Love Potion No. 9 from BSK London (Ruby Port, lemon juice, raspberry purée, fresh mint and prosecco); and the Floradora from BSK Dubai, with Bombay Sapphire gin pepped up with lime juice and elderflower syrup.

Variations on classics range from a Passionfruit Martini to the New York Sour, while a number of East-meets-West concoctions incorporate ingredients such as yuzu, mandarin bitters and coconut syrup. My companion took special interest in the mocktails, including a quirky Felix Felicis number for Harry Potter fans: The refreshing number combines mango juice, strawberry purée, strawberry syrup and lemon juice. “Liquid luck does not need to be distilled,” the descriptor reads.

Guests will recognise many of the same design elements from the original BSK in the dining room, from the black-and-white subway tile flooring to low-slung mustard-hued banquettes, large arched windows framed against the white-tiled walls, and an eclectic mix of lamps hanging by their cables from steel pipes on the ceiling. The juxtaposition of shiny surfaces and steel adds to the classy brasserie feel, with a seamless combination of vintage and new décor elements.

The à la carte menu fits on a flimsy one-page paper menu that feels much like a placemat (hint: it’s not), with many of the old dishes resurfacing alongside a handful of new items. What we were most pleased to discover was the slashed prices: sides are now HK$48 rather than HK$68; shepherd’s pie has been brought down from HK$208 to HK$158; salads which previously started from HK$128 now including a mizuna, spinach and avocado addition for just HK$78. Whatever compelled the change, it’s refreshing to see that the big-ticket items are now more in line with the positioning of BSK as a casual brasserie, with a better overall value-for-money proposition.

A new section of “Snacks” could more comfortably be labelled as starters: For HK$28, we were expecting two arancini at most, and were pleased when five good-sized rice balls landed on the table, arriving hot and crispy with a melting core of gooey béchamel and well-seasoned chopped mushrooms. At that price, it’s a steal. Other new snacks include harissa-spiced nuts and spiced meatballs in a fresh tomato sauce. From the starters, we appreciated the potent hit of smoke in the kitchen’s new take on steak tartare (HK$128). The classic bistro dish has been reinvented for those who dislike the mushy texture of finely chopped tartare, with large-cut chunks of raw beef offering plenty of chew and texture, the beefiness complemented but not overwhelmed by the tanginess of capers and onions. The tartare skips the fussy ring mould for a more rustic presentation, paired simply with tortilla chips that could use a little more crunch.

We could have done without the odd bundle of micro greens and single strip of bacon on the Caesar salad (HK$138), but the well-emulsified sauce was properly garlicky and acidic, with slices of white anchovy and shavings of parmesan amplifying the umami on crisp romaine leaves. From the mains, guests will find familiar Ramsay faves: shepherd’s pie, fish ‘n’ chips and beef Wellington — all staples of a proper English pub. The Yorkshire pudding (HK$48) has been given an unconventional spin here: It’s offered as a side steeped in a sort of beef stew, which allows one side of the lopsided pudding to get soaked in juicy, beefy broth. It’s a curious plate to tackle — Do you eat it with a knife and spoon? Or stab the pudding and drag it around to sop up the soup? — but the beef at least lends the dish  ballast, giving you more bang for your buck.

Of the new additions to the mains, the fried buffalo chicken burger (HK$158) is a winner: The addictive, mouth-coating combination of hot sauce and butter wraps a whole chicken breast, with simple accoutrements of shredded lettuce, and a hot sauce and mayo spread slathered on two soft and squishy buns. Paired with a cone of hot chips, it’s everything you want from a gut-busting, delightfully nutrition-less lunch, with all the salty, crispy, spicy and carb-loaded components of good bar fare.

For those who haven’t yet given up on diet resolutions this year, there’s a roasted halibut with crushed potatoes and capers, and a whole grilled sea bass on offer (HK$488 for 700g). Head chef Gareth Packham has shown an affinity for fish since the beginnings of BSK, and the new dishes look to be promising new additions. Finally, a dry-aged beef burger (HK$188) and wild mushroom risotto (HK$168) are easy and instant crowd-pleasers. For desserts, there’s a new strawberry Eton mess (HK$68) and chocolate fondant with mint chocolate ice cream (HK$88), but loyal BSK fans will no doubt go straight for the sticky toffee pudding (HK$78), one of Packham’s signature desserts that’s also sold at Maze Grill, Gordon Ramsay’s third Hong Kong restaurant, which opened last fall.

The famous chef hasn’t exactly been known for boundary-breaking fare at his HK establishments, and the new additions fall very much in line with BSK’s ethos of familiar, by-the-book bistro fare — the type of food that can comfortably fit within the parameters of an all-day dining format (the kitchen is open from 11am–10:30pm daily), and can cater to both loyal locals and tourists alike.

With the move to The Peak, the buzzy British vibes of BSK remain intact, along with much of the menu; the few changes (alfresco terrace, tweaked portion sizes and prices) all seem to point in favour of a new and improved version of BSK. It may not be as easily accessible now as simply rambling up LKF on a Tuesday night, but there’s reason enough for BSK to become a dinner destination. And with a new breakfast menu, it shouldn’t be hard to attract the early risers on weekends, those who fancy a classic English fry-up, or a stack of fluffy pancakes drowning in berry compote and whipped vanilla cream.

Bread Street Kitchen at The Peak is open Mon–Wed 11am–10:30pm; Sat–Sun from 8am for breakfast.

Gordon Ramsay New Restaurant Dining Concepts New Opening the peak bread street kitchen & bar
Leslie Yeh
Editor in Chief
Having worked as a lifestyle editor for almost 10 years, Leslie is thrilled to be writing about the topic she loves most: wining and dining. When she's not out pounding the pavement for the latest new restaurant opening or tracking food trends, Leslie can be found at home whipping up a plate of rigatoni vodka and binge-watching Netflix with a glass of Sauvignon Blanc in hand.
Dining Restaurants Food Trends Drinks Travel