Wait, did Gaggan just sneakily open another restaurant in Ekkamai?

Always one to shock us in the foodie feels with surprise pop-ups (or even surprise closures), the notorious chef seems to have opened a new restaurant in Ekkamai called Ms. Maria & Mr. Singh. 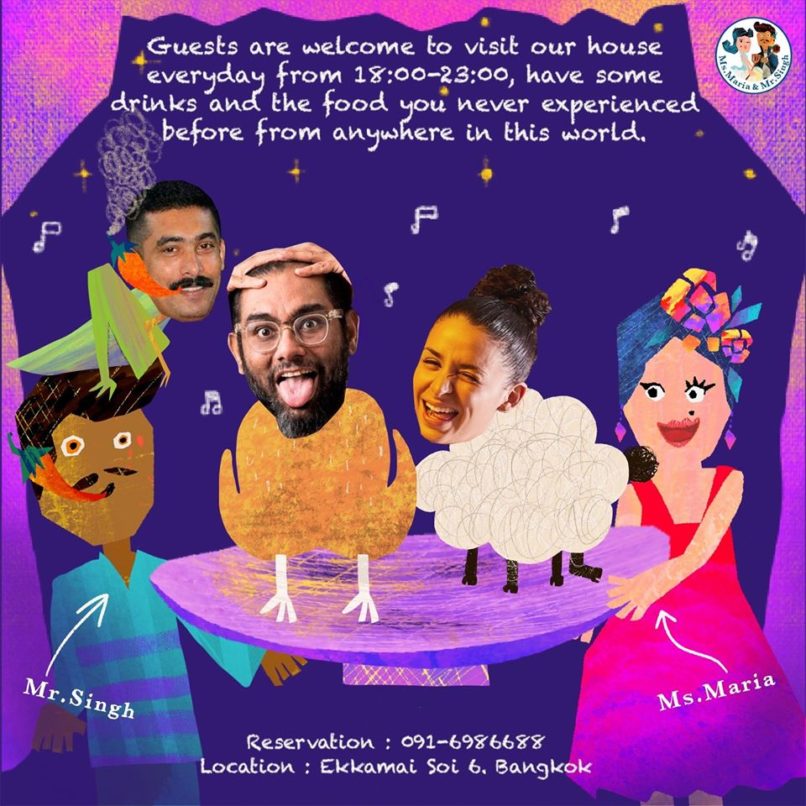 Bangkok New Restaurants Dining Bangkok Restaurants Ms. Maria and Mr. Singh
You might also like ...
Image-credit-Sophia-van-den-Hoek-Carbon.jpg
Lisa Gries
Creative Content Director, Bangkok
Lisa loves to travel, and is always on the lookout for the world’s best nap spots. She’s a serious Asian art history nerd, and has a knack for languages and coffee table books. She hopes to publish her own novels one day, one of which will likely be called ‘All The Great Conversations I Had In A Bangkok Speakeasy.’ It’s a work in progress.
Travel Drinks Dining Watches