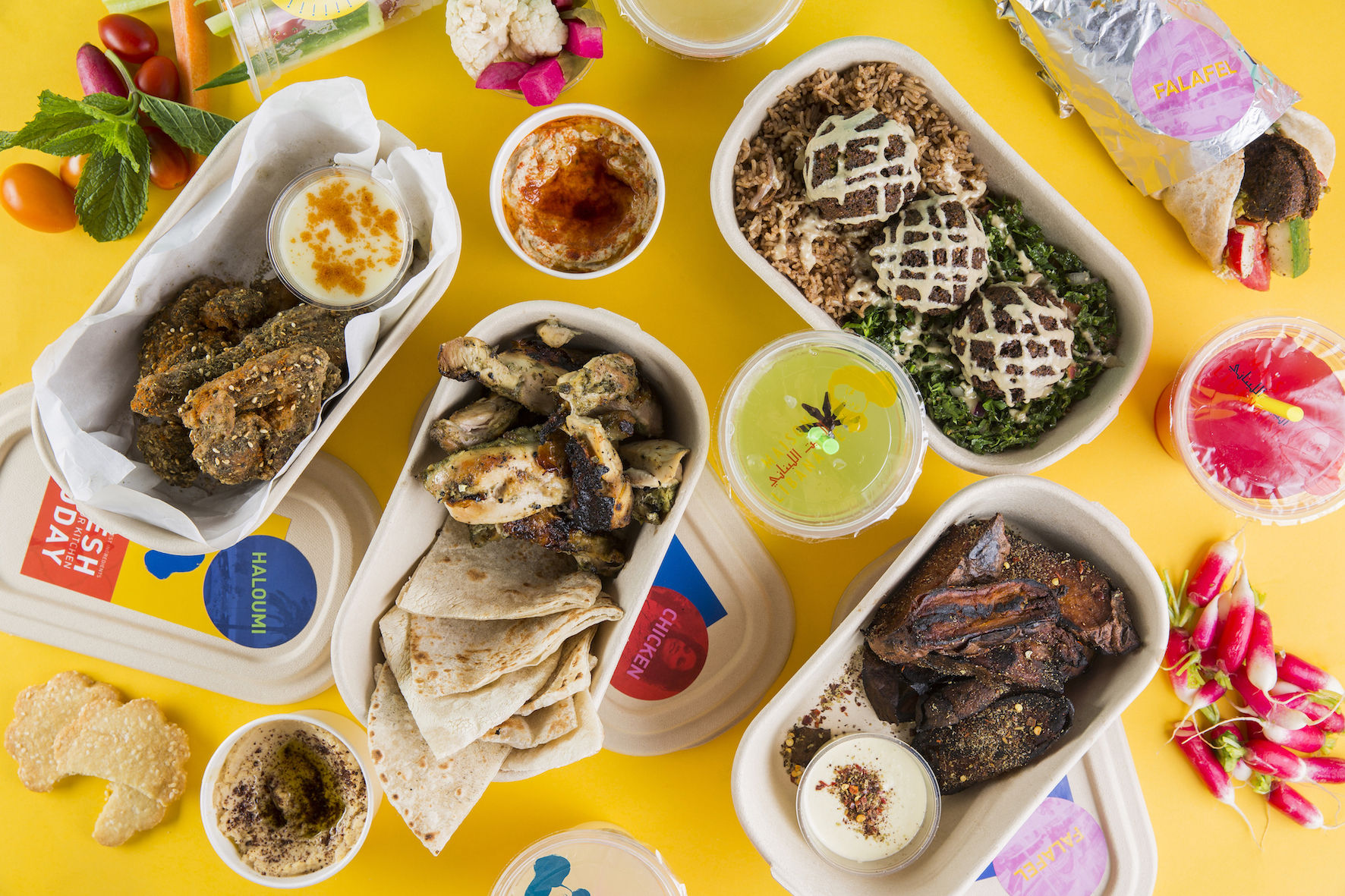 Where to find the best Middle Eastern eats in Hong Kong

The cuisine of the ‘cradle of civilisation’ is very much an underrated affair throughout Asia, particularly in Hong Kong. When Lebanese restaurant Zahra opened in the early ’90s, it was the first of its kind in a culinary landscape where kebab shops alone were synonymous with Middle Eastern food — akin to dim sum being considered an accurate representation of the variety found in Cantonese cooking.

Fortunately, in the past few years, Hong Kong’s culinary citizens seem to have developed a taste for the exotic flavours of the Fertile Crescent. Turkish, Lebanese, and other Middle Eastern cuisines are having a moment thanks to newcomers in up-and-coming neighbourhoods, not to mention some old standbys going strong after more than a decade. The food they’re serving is irresistible: Think mouthwatering meats cooked over an open fire, freshly baked pita breads dipped in silky hummus, roasted fig salads, and succulent chicken tagine with couscous.

As it happens, culinary traditions from around the Mediterranean are also some of the world’s healthiest. So the next time you’re craving a crispy falafel sandwich or tabbouleh studded with mint and tomatoes, there’s no need to hop on a plane — just take your pick from our list of the best Middle Eastern restaurants in Hong Kong. A flight of stairs away from Wyndham Street’s ruckus, a leafy green lane harbours Sumac’s warm terracotta home of rustic wooden furnishings and hanging lamps. The restaurant’s classic French windows open up to a small porch up front, and a courtyard in the back where patrons can smoke shisha under the shade of Glenealy’s old trees.

Over the years, Sumac has amassed a loyal following in Hong Kong, with guests returning often to enjoy an intimate night out with good friends and quality conversation. Beyond the ambiance, Sumac’s traditional Lebanese fare is what keeps diners coming back. It’s one of the few places that does lamb so well that even people who don’t usually prefer the gamey meat will be converted: We recommend the lamb mograbieh (HK$235), a succulent slow-cooked lamb shoulder marinated overnight and served with giant couscous, zucchini and carrots. Or pair the chicken shish taouk (HK$198) — grilled over charcoal — with the baba ghannouj (HK$85), rich, smoky and creamy. What also sets Sumac apart is its collection of Lebanese fine wines — smooth, but filled with character. Whether for drinks or food, Sumac doesn’t fail to impress and surprise us every time. Michelin-recommended Le Souk is a SoHo stalwart serving up some of the best Moroccan-focused Middle Eastern food in the city. Owned by two gregarious Egyptian brothers (the same owners of Sahara Mezz Bar on Elgin), this bejewelled restaurant has been around for six years, gaining rave reviews for its stellar dishes and charming atmosphere. It doesn’t hurt that it’s located right by the Central–Mid-Levels escalator, either, right in the heart of SoHo’s dining hub.

We like to start a meal here with the roasted fresh fig salad (HK$95) — drizzled in honey with goat cheese and orange sauce for a delicious and refreshing combination. Le Souk specialises in tagines, with different ingredients served up in the signature earthenware pots, and we’d make several return trips for the beautifully cooked sea bass tagine with a red-bell-pepper dressing (HK$185). The Cous Cous a Le Souk (HK$185) is another must-try with roasted lamb shank and merguez served alongside fragrant couscous and a veggie soup. Don’t forget to end your meal with a soothing cup of Moroccan mint tea poured from beautifully engraved teapots. 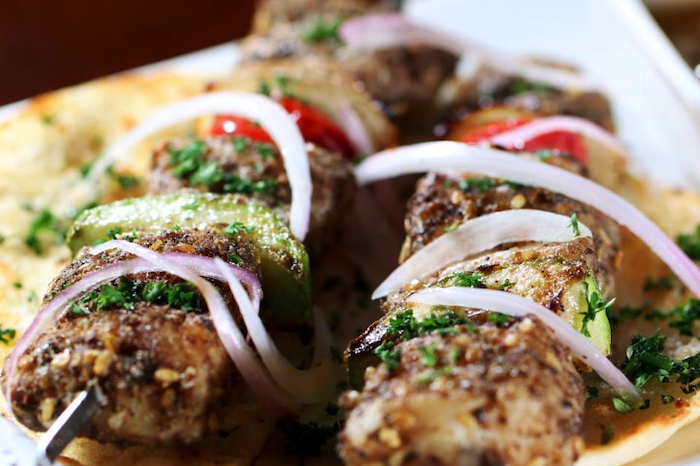 Two talented sisters, Nysreen and Nadia, are the brains and the chefs behind this intimate dining club concept. (Don’t worry, membership is free of charge). They decided to leave successful professional careers to reincarnate their parents’ family-run restaurant Zahra — the first Lebanese restaurant in Hong Kong — which closed after 15 successful years when the couple decided to retire. To the delight of former Zahra customers, Nysreen and Nadia recently opened Zahrabel, bringing back Akkar recipes from northern Lebanon, the likes of which you’ll be hard-pressed to find anywhere else in Hong Kong.

Situated on the 25th floor, the dining room provides gorgeous city views with a cosy, candlelit décor. Diners are never rushed, and the interactive atmosphere is encouraged by the sharing plates concept. Start your meal with the jos mahrouse (HK$90), the restaurant’s house specialty dip made with mixed Mediterranean spicy nuts. Samke harra (HK$130) is a beautiful selection from the mains — tender fish fillets baked in a tahini-based sauce — while the desserts are not to be missed, including the addictive caramel-soaked date fingers (HK$65). Currently Zahrabel Dining Club is open from Tuesday to Saturday for dinner, but lunch service is planned to start in April. Nadia and Nysreen also host events and support charities at Zahrabel, donating part of the proceeds from their Takeaway Hampers to medical and social welfare causes. 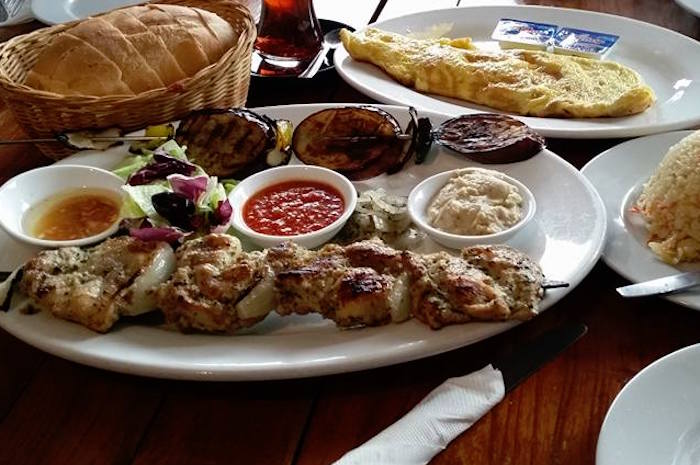 Our go-to restaurant in Mui Wo after a day of hiking is this unlikely Turkish delight right by the pier. Nothing fancy here, simply delectable food in a no-frills environment. The best seats are out on the street, especially on balmy nights while waiting for the ferry to arrive. If you take your kids, they’ll bring you colouring materials; on the odd Friday, they may even have a local Lantau band playing. At Bahçe, the atmosphere is down-to-earth and friendly, the portions are a nice size, and the value for money is evident.

In winter, the Turkish lamb stew (HK$132) is ideal for keeping warm with its rich sauce and chunks of lamb, all served up in a clay pot. A lighter but equally delicious option is the fish shish kebab (HK$162), served with fluffy pita bread or Turkish pilau rice and your choice of dip. For the latter, we’d recommend My Father’s Eggplant Recipe (HK$68) if you want to veer away from the standard hummus and baba ganoush combo. 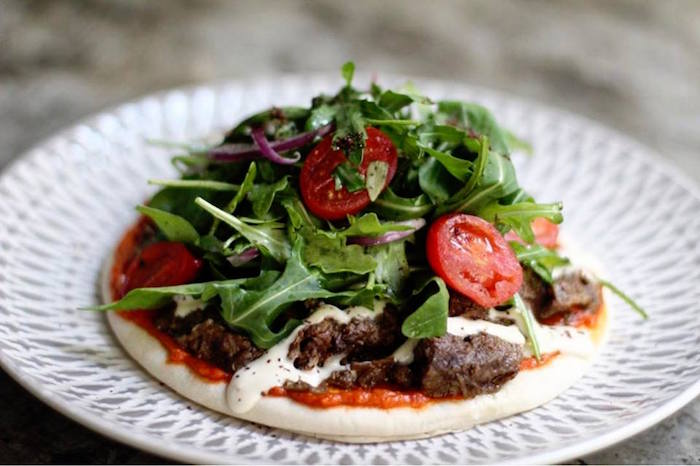 Australian-born Lebanese chef Alex Malouf, of Catch fame, just came up with another winning concept in trendy Kennedy Town. Mama Malouf is named after the his mother, whose Lebanese cooking he grew up with during his childhood days in Melbourne. This casual joint is one of the only places in town where you can get Middle Eastern brunch on the weekends. The breakfast menu is creative and fun with dishes such as Lebanese breakfast pizza (HK$128) and Lebanese-style shakshuka (HK$138) — North African-style poached eggs in a spiced tomato stew with couscous (add HK$35 for pulled lamb).

The main event here, however, are the mezzes. The way to dig in is the Mama’s Mezza (HK$148), a sampler platter of hummus, smoky baba ganoush, tarragon labneh, and more. The falafel (HK$118) with yoghurt tahini sauce is one of the best in town, or go for the grilled quail with chorizo, quinoa, figs and chickpeas for a more unique offering (HK$138). One of the best dishes we tried? Skewered Parmesan-crumbed chicken livers (HK$118) with pickled chillies and feta mayonnaise. If you still have room, the huge skewered beef tenderloin (HK$228) is blissfully juicy and tender, but make sure to eat it while it’s still hot. At this centrally located spot just next to the escalator, there’s always a lively buzz. Billed as an ‘everyday Lebanese canteen’, Maison Libanaise draws inspiration from Beirut during its heyday in the 1960s as the progressive and fashionable ‘Paris of the East’. Everything — from the pita bread to the pickled vegetables — is made in-house daily, making for wonderfully fresh meals (read our full review here).

The three-storey concept features takeaway items and juices on the ground floor, “Le Comptoir”, while “Le Salon” on the first floor is an ornate dining room for sharing mezze dishes over a bottle of Lebanese wine. The alfresco rooftop, “La Buvette”, is ideal for a lingering meal in warm weather, overlooking the bustling street below. The food presented by chef James Harrison is delicious and packed full of flavour; our favourites include the pan-fried halloumi (HK$108), roasted cauliflower (HK$108), pulled lamb shoulder with goat’s cheese (HK$218), and the mouthwatering za’atar fried chicken covered in Middle Eastern spices (HK$118/198). 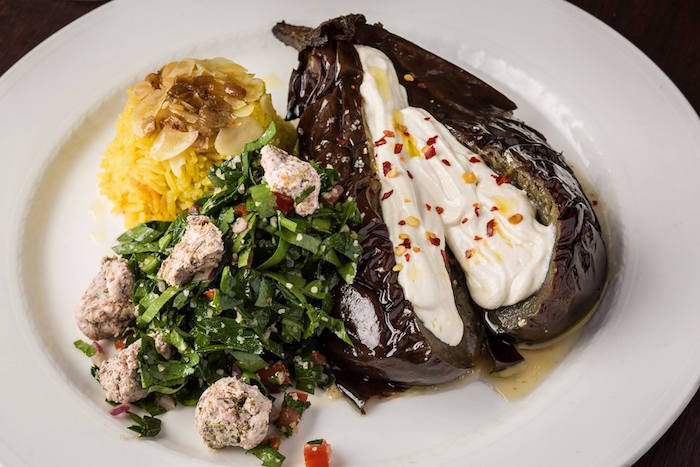 This 12-year-old Mediterranean and Middle Eastern restaurant is a well-loved and familiar spot for foodies in Hong Kong. In addition to affordable prices and friendly service, the restaurant is constantly updating its menu to keep things interesting. We’re a fan of the Cypriot cheese fondue (HK$128), with halloumi and fontina cheese livened with sumac, thyme and lemon peel, served with toasted milk bread on the side. If you’re there for lunch, go straight for the mouthwatering mezze of pan-fried halloumi with honey roasted figs (HK$118 for two-course set lunch menu). Their dessert menu is more extensive than that of their peers, as well as more experimental — think a Middle Eastern-inspired tiramisu with raspberries, blueberries and honeycomb (HK$78), or the lemon posset with orange blossom and honey caramel wafers (HK$68) .

The restaurant also hosts Moroccan Tagine Nights every Tuesday and Thursday to spruce up the weeknight offerings. Stop by to try the slow-cooked lamb shank served with giant couscous and young vegetables (HK$238), or the roasted chicken tagine with an herb-packed couscous to pair (HK$218). There are nothing but good things being said about this upscale traditional Turkish restaurant just above Wyndham Street. The number of Turkish people who recommend this place is indication enough of the authenticity of the delicious fare served here, from beef and chicken skewers to lentil soup to Turkish pizzas and whole-grilled fish.

The menu — in Turkish — will force diners to educate themselves on culinary terms: közlenmiş patlıcan is the popular cold mezze of eggplant purée and parsley (HK$82); while the beyaz peynir tabağı will whet your appetite with Turkish feta cheese, tomatoes, parsley and olive oil. The range of lamb dishes are bestsellers: Try the kibbeh to kick off the meal — bulgur packed with ground lamb and a range of spices (HK$95); and the lahmacun, or minced beef and lamb with onions and tomatoes served up as a Turkish pizza (HK$88). From the grilled selections, we’re fans of the spicy beef and minced lamb kebabs, as well as the heftier rack of lamb served with mixed veggies and fries. Not a huge meat fan? Stick to the mezze dips and the handful of vegetarian mains. While the chefs at Pomegranate Kitchen — which functions both as a restaurant and a catering and events company — can whip up everything from European to Asian cuisines, it’s their unparalleled Middle Eastern offerings that make this cosy venue well worth the trek out to Wong Chuk Hang. Lunch is served weekdays from noon-3pm, and on warm days the alfresco terrace is the perfect hidden spot to enjoy a casual catch-up with a friend over a spread of delicious Middle Eastern eats.

We started our meal with the labneh and hummus dips, and were already blown away by the vibrant flavour and freshness the kitchen packed into something as simple as a few dips. The portions were generous and the bowls seemingly endless as we scooped up the dips with triangles of warm and fluffy pita bread. From the set lunch menu, we’d recommend the Tunisian shakshouka ($95), featuring slow-coaked eggs poached in a vibrant tomato sauce with bell peppers and onions. For a lighter option, go for the Pomegranate herb salad (HK$90), which features a leafy mix of mint leaves, rocket and parsley, with juicy pops from pomegranate seeds and bright-red cherry tomatoes, plus the option of grilled halloumi (plus HK$25). It’s everything you’d want in a salad — bright, refreshing and filling. Wrap up the meal with a cup of mint tea or a latte paired with one of the excellent desserts.