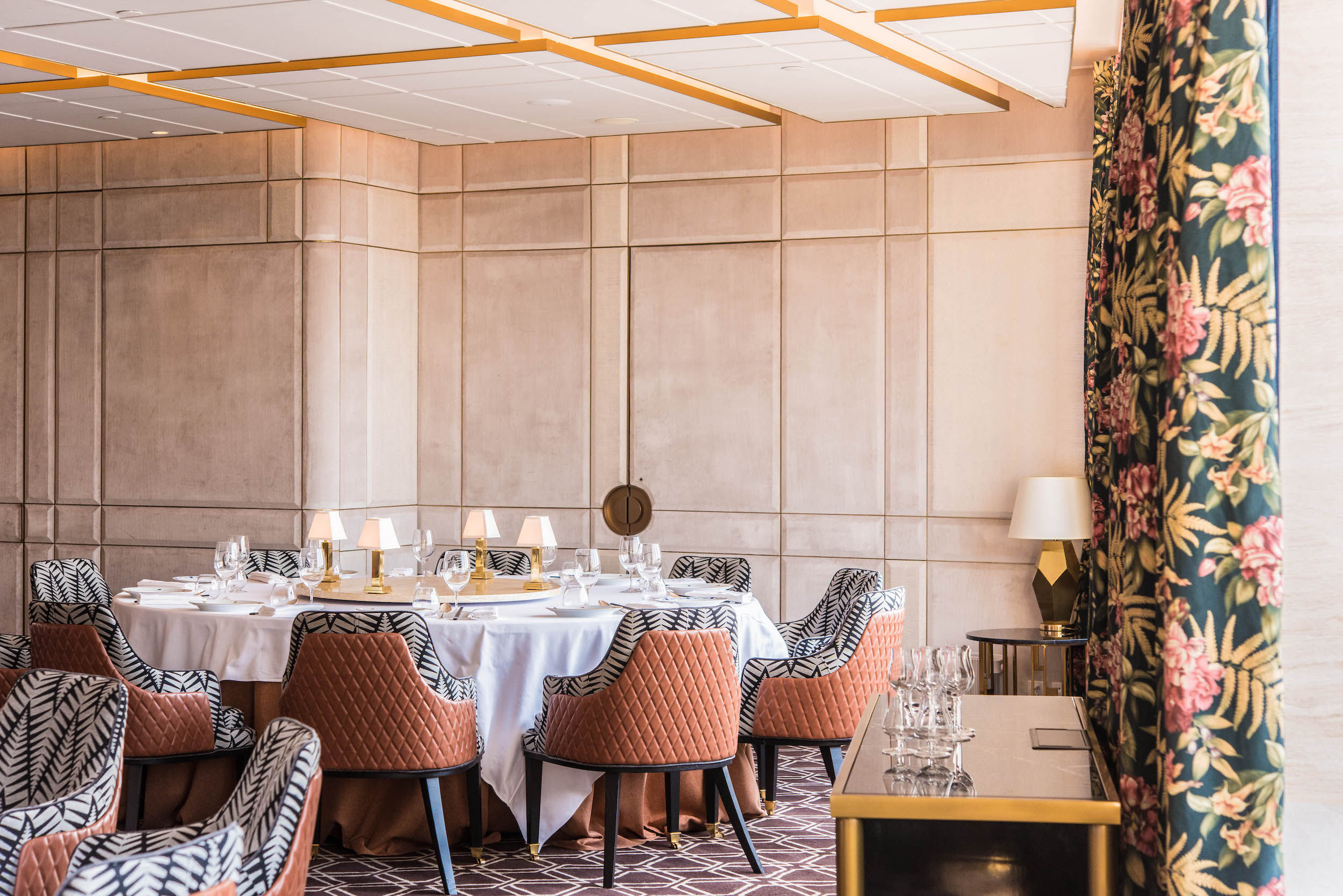 Since debuting in Hong Kong in December 2015, posh Chinese restaurant Howard’s Gourmet has been a firm favourite of fine dining gourmands, with its sweeping gold-gilded interiors, aura of exclusivity, high-end clientele, and of course, exquisite classical Chinese dishes courtesy of the restaurant’s namesake chef, Howard Cai. Operated by Lai Sun Dining (who oversee a number of illustrious restaurants including the 3-Michelin-starred 8 1/2 Otto e Mezzo Bombana), the restaurant is taking a bold leap forward this month with the opening of Howard’s Gourmet Beijing, the restaurant’s first expansion into northern China.

After launching the first Howard’s Gourmet Workshop in Guangzhou in 2005, the introspective chef and whisky connoisseur is returning to his roots this month and introducing his distinct interpretation of Chinese cuisine to the food-obsessed capital city of Beijing. The new location was hand-picked by Cai himself, and will be situated in the newly opened landmark mall WF Central — mirroring the prestigious address of Howard’s Gourmet Hong Kong which resides in CCB Tower in the heart of Central.

The Beijing address is sure to see a star-studded clientele amongst its grand opening (in Hong Kong, Howard’s Gourmet has been visited and heralded by celebrities from Carina Lau to David Beckham), and will offer the same surprising culinary experience using premium Chinese ingredients with a creative twist.

Located in Beijing’s bustling Wangfujing commercial district inside the city’s newest luxury mall, Howard’s Gourmet Beijing boasts tasteful interiors, bedecked in shades of gold and plush furnishings, with windows offering panoramic views of the Forbidden City. The restaurant encompasses seven dining spaces in total, four of which can be converted into event spaces for private gatherings and functions. There is also a separate bar and wine cellar, where diners can delve into the extensive beverage selection which champions Chinese wines and whisky.

As for the menu, dishes reflect Cai’s commitment to broadening the scope of Chinese cuisine and constructing unique “new classics” — utilising methods he’s picked up and honed through decades of self-practice and dedication. Popular dishes that will appear on the menu include the crispy sea cucumber (perhaps Cai’s most iconic dish), crab with ginger-scallion sauce, bird’s nest with pistachio, and hot and sour noodles.

The restaurant will also offer a unique Chinese food and whisky pairing, showcasing Cai’s vast whisky knowledge and catering to the high-end lifestyles of its elite clientele. With Cai’s credentials, celebrity endorsements and the restaurant’s ritzy new digs, we predict Howard’s Gourmet Beijing will rise fast in the ranks of the capital’s top Chinese fine dining establishments.

Beijing Howard's Gourmet howard cai chinese restaurants lai sun dining where to eat in beijing beijing travel guide best chinese restaurants
Leslie Yeh
Editor in Chief
Having worked as a lifestyle editor for almost 10 years, Leslie is thrilled to be writing about the topic she loves most: wining and dining. When she's not out pounding the pavement for the latest new restaurant opening or tracking food trends, Leslie can be found at home whipping up a plate of rigatoni vodka and binge-watching Netflix with a glass of Sauvignon Blanc in hand.
Dining Restaurants Food Trends Drinks Travel
Sign up for our newsletters to have the latest stories delivered straight to your inbox every week.