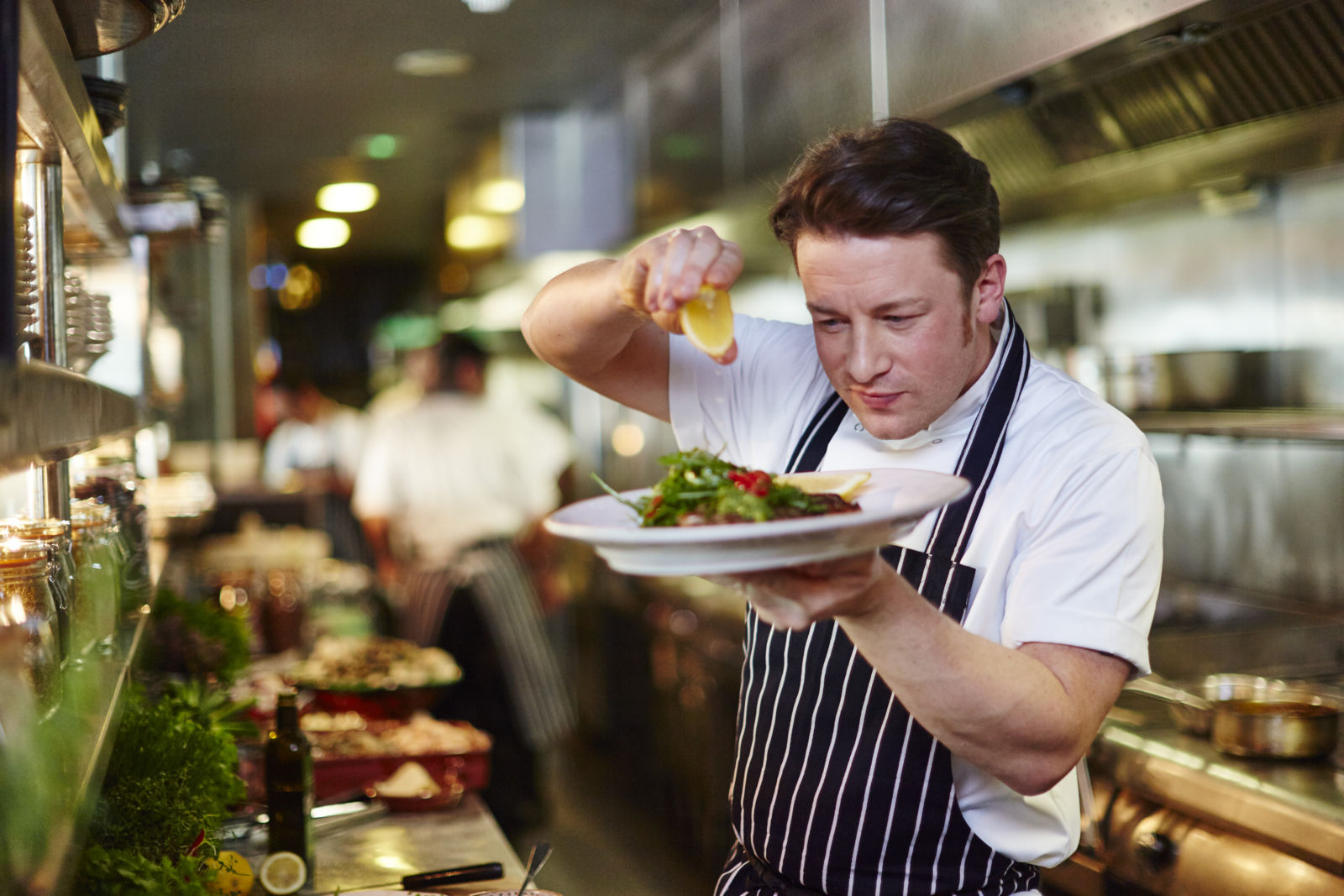 Fans of Jamie Oliver will be excited to hear that the renowned British chef is opening the first Asia branch of his casual concept, Jamie’s Deli, in Hong Kong next month. A fast-casual delicatessen, the newcomer’s menu will feature a range of fresh, sustainably sourced dishes including salads, hot deli items, artisan pizzas, sandwiches and pastries, available for dine-in or takeaway. Jamie’s Deli will be debuting inside Harbour City in October, under the same roof as the Kowloon branch of the chef’s flagship brand, Jamie’s Italian.

First launched in 2016, Jamie’s Deli currently has four locations around the world, including Bath in England and three airport locations in Oslo, Düsseldorf and Nice — targeting people on-the-go looking for a quick and healthy dining option. The menu reflects the same philosophy that flows throughout the Jamie Oliver empire (encompassing global restaurants, cookbooks, charity campaigns and television shows broadcast in more than 50 countries around the world): fresh and simple Italian cooking available at an affordable price point. It’s this philosophy that aims to make Jamie Oliver’s restaurants as alluring and approachable as the charismatic chef is on screen.

Whereas Jamie’s Italian is a pizza- and pasta-fuelled dining option, Jamie’s Deli nudges guests towards healthier eating with a menu more heavily focused on colourful salads, hot deli items and sandwiches. Stop by in the morning for a hot cup of coffee and a breakfast bun (the Full Monty is a tasty choice with grilled Cumberland sausage and balsamic onions), or grab a deli lunch box midday with your choice of hot sandwich accompanied by seasonally rotating salads.

Meanwhile, an all-day menu includes a superfood salad teeming with grains and seeds, lemon and herb baked salmon with fresh dill, slow-cooked meatballs in a spicy tomato sauce, and a hot pastrami with slow-cooked corned beef and melted cheese.

Jamie’s Deli joins the two branches of Jamie’s Italian in Hong Kong, including the Causeway Bay flagship and the Harbour City location. The concept is operated by Big Cat Group, who currently manage three Jamie’s Italian restaurants in Hong Kong and Taiwan, with plans to open several more outlets throughout Hong Kong and greater China in the next five years.

Hong Kong Tsim Sha Tsui Kowloon Italian Food Dining Restaurants Celebrity Chef Italian Harbour City Jamie Oliver Jamie's Italian Where to eat casual eats Superfoods jamie's deli
Leslie Yeh
Editor in Chief
Having worked as a lifestyle editor for almost 10 years, Leslie is thrilled to be writing about the topic she loves most: wining and dining. When she's not out pounding the pavement for the latest new restaurant opening or tracking food trends, Leslie can be found at home whipping up a plate of rigatoni vodka and binge-watching Netflix with a glass of Sauvignon Blanc in hand.
Dining Restaurants Food Trends Drinks Travel
Sign up for our newsletters to have the latest stories delivered straight to your inbox every week.