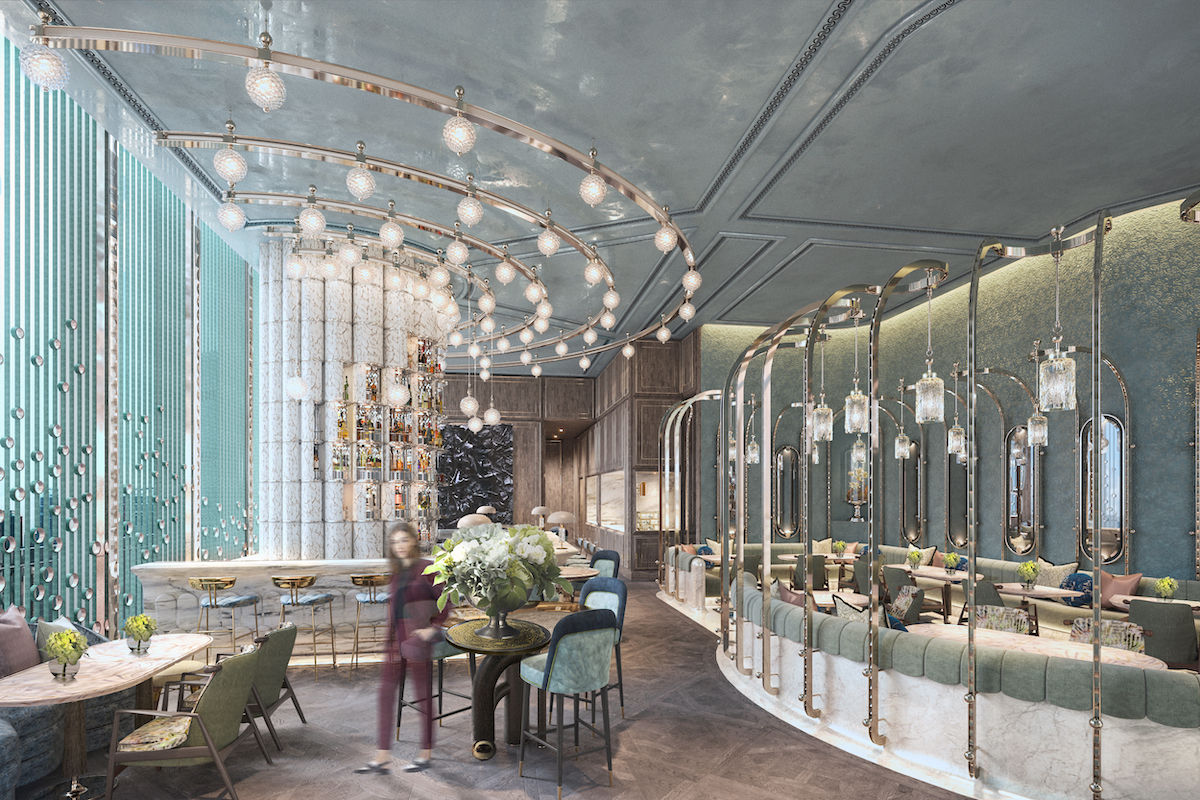 After much anticipation, Argo, the Four Seasons Hong Kong’s new concept-driven bar, is set to open its door in July. Labelled as a “journey of discovery” of the modern world through spirits, the venue will focus on sustainability, unconventional parings and making the most out of technology.

We talk to the Four Seasons Hong Kong Beverage Manager Lorenzo Antinori about the new concept, the inspiration behind it and what to expect.

What can we expect from Argo?

Argo is our new destination. It’s a cocktail bar that explores the modern world and celebrates innovation in the world of spirits. I would say that is contemporary concept, that relates to the world around us and celebrates innovation. Despite the fact that it might sound like a pretty geeky concept or right, or a complicated concept, the space is going to be extremely energetic and vibrant, we wanted to kind of stay away from the classic Four Seasons and five star hotel concept, because consumers these days are different. You will see this through the music and the team’s uniforms and also in the offering.

We conceptualised Argo as a standalone venue. The price point will be affordable compared to Caprice Bar to create a nice alternative. The cocktails will be extremely fun. We hope guests will also have fun.

Can we expect any exciting collaborations or pop ups?

Yeah, I think collaborations are going to be part of the programme. When we talk about innovation, necessarily, we need to talk about collaborations because it means branching out from our natural environment and connecting with people that have a different expertise to bring something new to the table. At Argo, innovation will also be evident in the collection of spirits that we are presenting, introducing the greatest innovators in the in the world of spirits. Spirits pretty much reflect how food and drinks

Can you tell us more about the menu?

The name Argo is synonymous with exploration. In the Greek Myth Jason and the Argonauts,
Argo was a ship used for a journey of exploration. At the bar, we want to explore the modern world and the world of spirits throughout the cocktail menu. We will focus on six daily staple ingredients, which we developed in a creative way, looking at their origin, flavour, geographical location and their evolution. We’re also introducing a new way of categorising spirits, which is different from the classic one. The categories have been set up in a way that really reflect the contemporary world. Each spirit will be sorted based on its story, sustainability, and the use of technology.

They are: Modernist Spirits (crazy technologies and cutting-edge techniques), Sense of the Land (spirits that are representative of a place and tradition), Collaborative Creations, Clash of the World (spirits that combine two school of thoughts when it comes to spirit-making) and Philanthropic & Socially Conscious.

What’s the inspiration behind the concept?

It’s always a teamwork. I had this idea of doing a cocktail bar that somehow wouldn’t necessarily fit into a category because I believe that we are heading in a direction where consumers are more interested and more knowledgeable about beverage and food. I think it’s interesting to look at spirits in a different light. The challenge was to create a space that has such a deep concept but at the same time delivering it in a fun way. We’re also trying to reduce waste as much as possible.

In your opinion, how has the F&B industry changed over the past year and a half in Hong Kong?

I think there is a much bigger sense of community, solidarity and being sensitive about the difficulties of doing business these days, during a global pandemic. I think a lot of businesses have changed their model, the way they operate with a focus on the daytime and introducing delivery options. I think that both guests and people in the industry are ready to have fun after a very difficult period.

What are some of the new bar trends that you’re seeing in Hong Kong and all over the world?

I think there’s a lot more places specialising on a very specific category of spirits. You see many more bars that are celebrating provenance, regionality and the traditions of certain cultures. Like tequila mezcal or Japanese spirits. I think there is a much more interested for niche concept. I think there’s also more emphasis on fun venues, where the experience is interactive and memorable.

You’re the Beverage Ambassador for Four Seasons in Asia. What does your role imply?

It’s the fanciest title ever, it’s a cool one. In the last few years we’ve been giving much more relevance to beverage at Four Seasons as we noticed that consumers are much more interested and curious about bar and venues. That’s why we started putting a lot of emphasis in that sector and started creating spaces, especially in Asia Pacific, in our hotel bars that are also destination bars with a concept and an element of storytelling.

If you see the ranking from 50 Best, for example, this effort paid off, as 80% of our hotel bars at Four Seasons in Asia are recognized as great places. That’s why the organisation thought it was time to find a person that could help develop the beverage programme even further. I take care of Japan, Korea, and China and I basically help with concepts, staff training and other initiatives.