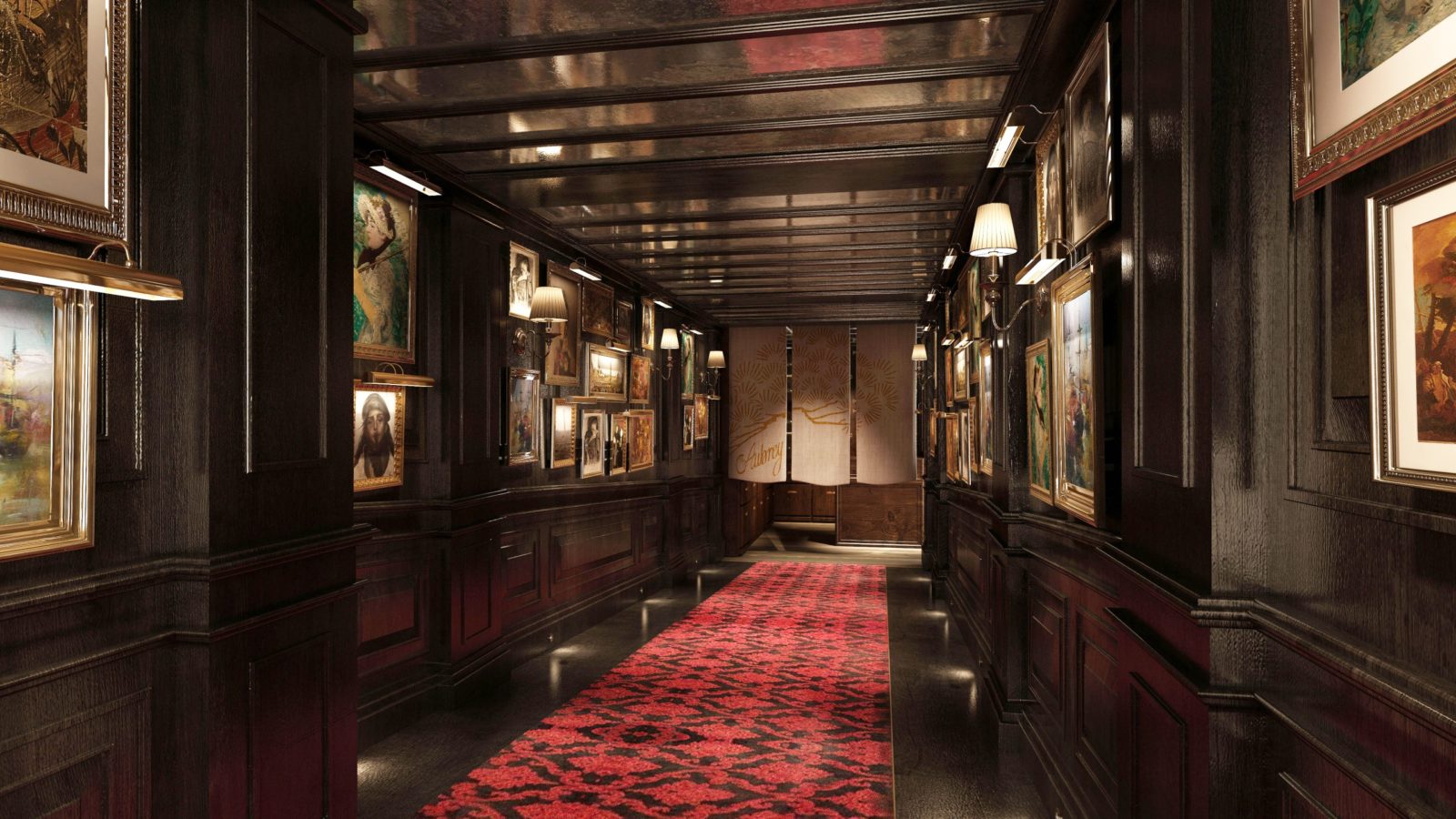 Hospitality group Maximal Concepts and Mandarin Oriental, Hong Kong have announced an exciting development in its dining offerings: the opening of The Aubrey, slated for January 2021.

Following the announcement in June on the closure of two beloved city institutions — Pierre Gagnaire’s celebrated Hong Kong pied-a-terre, Pierre; and M Bar, which offered sky-high views and cocktails based on small batch liquors — Mandarin Oriental Hong Kong has been keeping quiet about plans to replace its iconic top floor restaurant and bar. While we knew that fine Cantonese restaurant Man Wah is expected to expand into the space previously housing M Bar (it currently operates on a smaller scale for dim sum lunch and dinner at the Small Connaught Room), it left only a huge question mark when it comes to the space left behind by Pierre.

Until now that is: The storied hotel property has just revealed its preliminary plans to open The Aubrey on the 25th floor, a collaborative project with Maximal Concepts — the first time the hotel has collaborated with an existing restaurant group for a culinary concept. The longstanding restaurant group currently has three restaurants under its portfolio in Hong Kong, including Limewood, Sip Song and Mott 32 — the latter is the group’s flagship venue, which also has locations in Vancouver, Las Vegas and Singapore. Mandarin Oriental has revealed that a collaboration with Maximal Concepts had been in the pipeline for a long time. It will be large shoes to fill, though, with the memory of Pierre Gagnaire’s legacy still fresh in Hongkongers’ minds.

Dubbed “an eccentric Japanese izakaya,” The Aubrey will offer those same arresting top floor views over the city as Pierre did. The space is expected to “encompass three distinctive bar experiences,” writes the press announcement. There will be a strong focus on Japanese craft cocktails, whiskies and cuisine that is “curated on the foundation of exceptional and sustainable ingredients.” With sister property Landmark Mandarin Oriental Hong Kong embracing the sustainable fine dining route with its extensive revamp of Amber last year, the hotel group seems strongly poised to be leading the charge in Hong Kong when it comes to offering show-stopping culinary creativity and careful consideration of environmental impact.

The Aubrey, as well as the newly refurbished Man Wah, are slated to open in January 2021. Watch this space as we learn more.

Maximal Concepts Mandarin Oriental Hong Kong The Aubrey
Evelyn Lok
Managing Editor
When not trying out the latest beauty and wellness trends, Evelyn is likely enjoying a perfectly balanced negroni or exploring some of Hong Kong's best new places to eat and drink. At Lifestyle Asia she covers everything from the biggest events in town to interviews with Hong Kong specialists, with topics spanning art, food and drink, health, tech, and travel.
Beauty Wellness Events Art Drinks