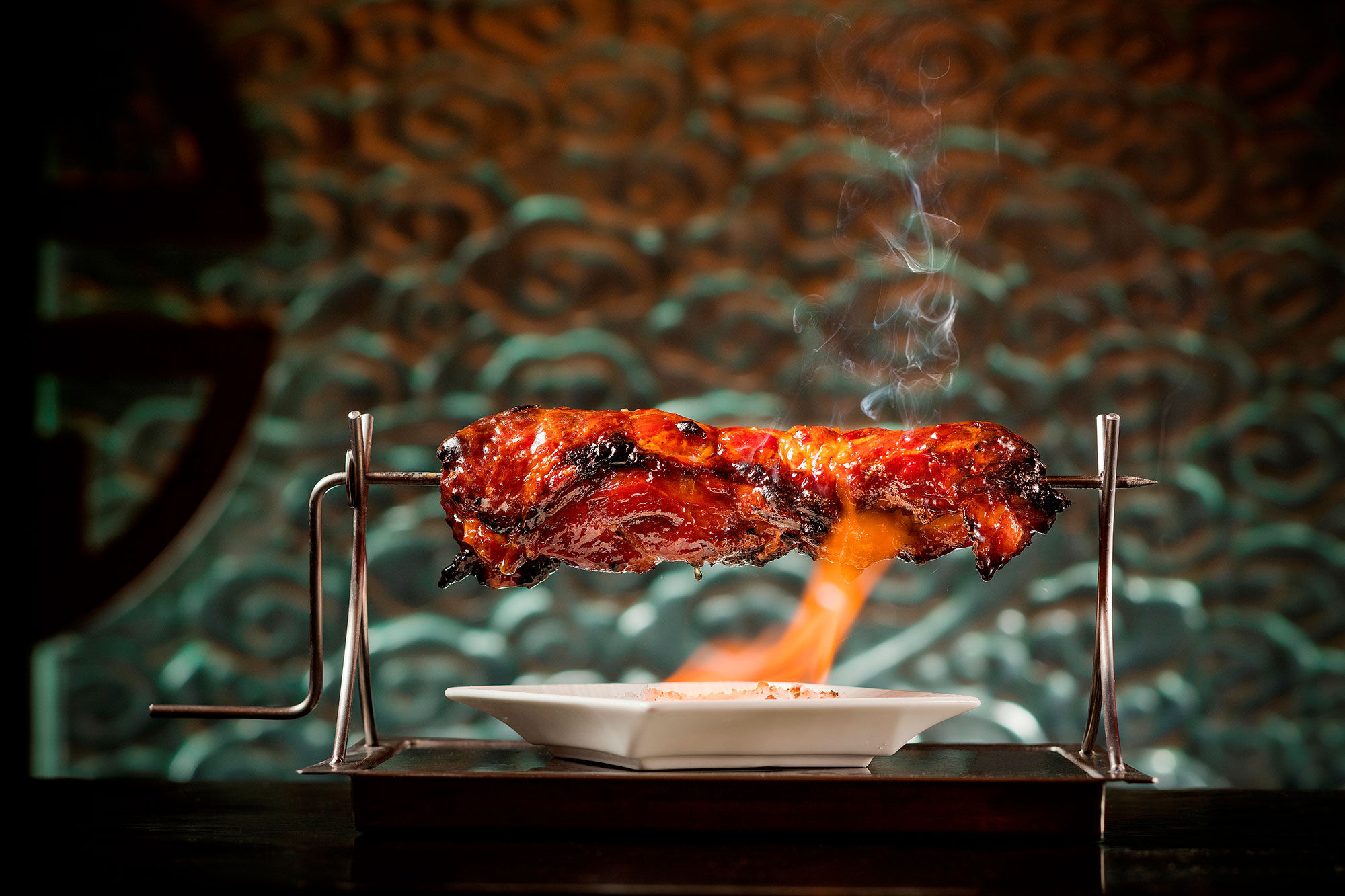 Last week saw the unveiling of the Michelin Guide Hong Kong Macau 2018, which was followed by a fabulous gala dinner hosted at City of Dreams Macau. Based on the restaurants honoured with prestigious stars, it’s clear that one of the guide’s biggest winners is hospitality group Melco Resorts & Entertainment, owner of City of Dreams, Altira Macau and Studio City. With the highest number of Michelin-starred restaurants in Macau spread amongst its properties — adding up to a total of 7 Michelin stars — Melco is clearly a force to be reckoned with in the SAR’s burgeoning fine-dining scene, with the group also having announced a forthcoming collaboration with superstar chef Alain Ducasse.

Jade Dragon was first awarded two Michelin stars in the 2016 guide, and it’s now managed to maintain its esteemed ranking for the third year in a row. Not just your typical Chinese restaurant, Jade Dragon offers guests exquisite takes on Cantonese cuisine and rare delicacies. This is all done under the watchful eye of chef Tam Kwok Fung, whose specialty is combining Chinese herbs with seasonal ingredients to craft delicious dishes that also promote guests’ overall wellness.

Overseen by chef Fabrice Vulin, contemporary French restaurant The Tasting Room, located inside City of Dreams, once again earned two Michelin stars, a well-deserved accolade that it’s held since the release of the 2016 guide. Aside from chef Vulin’s spectacular food, the restaurant is notable for its splendid interiors, which feature gorgeous Carrera marble and eye-catching wine cellars.

Rounding out City of Dreams’ Michelin-starred F&B outlets is Shinji by Kanesaka, an offshoot of Tokyo’s celebrated Sushi Kanesaka, which the eponymous chef opened in Ginza at the young age of 28. After only nine months of operation, the restaurant was awarded one Michelin star in the 2016 guide, and it’s now held on to its star for three consecutive years.

Studio City’s Pearl Dragon was once again awarded one Michelin star. The restaurant’s sophisticated interiors are matched by a refined approach to classic Chinese recipes, with culinary maestro Chef Lam Yuk Ming helming the kitchen. Guests can expect signature dishes featuring delicacies such as abalone and bird’s nest, not to mention an award-winning wine list.

One of last year’s new entrants to the Michelin Guide was Cantonese restaurant Ying, housed inside Altira Macau, which was awarded one star. In the 2018 guide, Ying has once again received the one-star distinction, no doubt a result of its combination of perfected Cantonese recipes in a visually stunning dining room. The kitchen’s philosophy centres on presenting diners with lavish and seasonal ingredients, while also specialising in sophisticated dishes that are simply too time-consuming for other restaurants to offer, meaning you can truly have a one-of-a-kind meal here.

This story is presented by Melco Resorts & Entertainment.

Macau Dining Restaurants City of Dreams Macau Altira Macau Studio City Michelin Guide Shinji by Kanesaka Jade Dragon michelin guide hong kong & macau 2018 The Tasting Room Pearl Dragon Ying Melco Resorts & Entertainment
Michael Alan Connelly
Head of Digital Content
A Chicagoan by birth and a New Yorker by habit, Michael has more than a decade of experience in digital publishing at leading titles in the U.S. and Asia. When he's not checking out Hong Kong's newest restaurants and bars or jet setting around the globe, you'll find him hanging out with his dog Buster and enjoying an Aperol Spritz.
Travel Hotels Restaurants Cocktails Culture Italy Art Music Cheese
Sign up for our newsletters to have the latest stories delivered straight to your inbox every week.