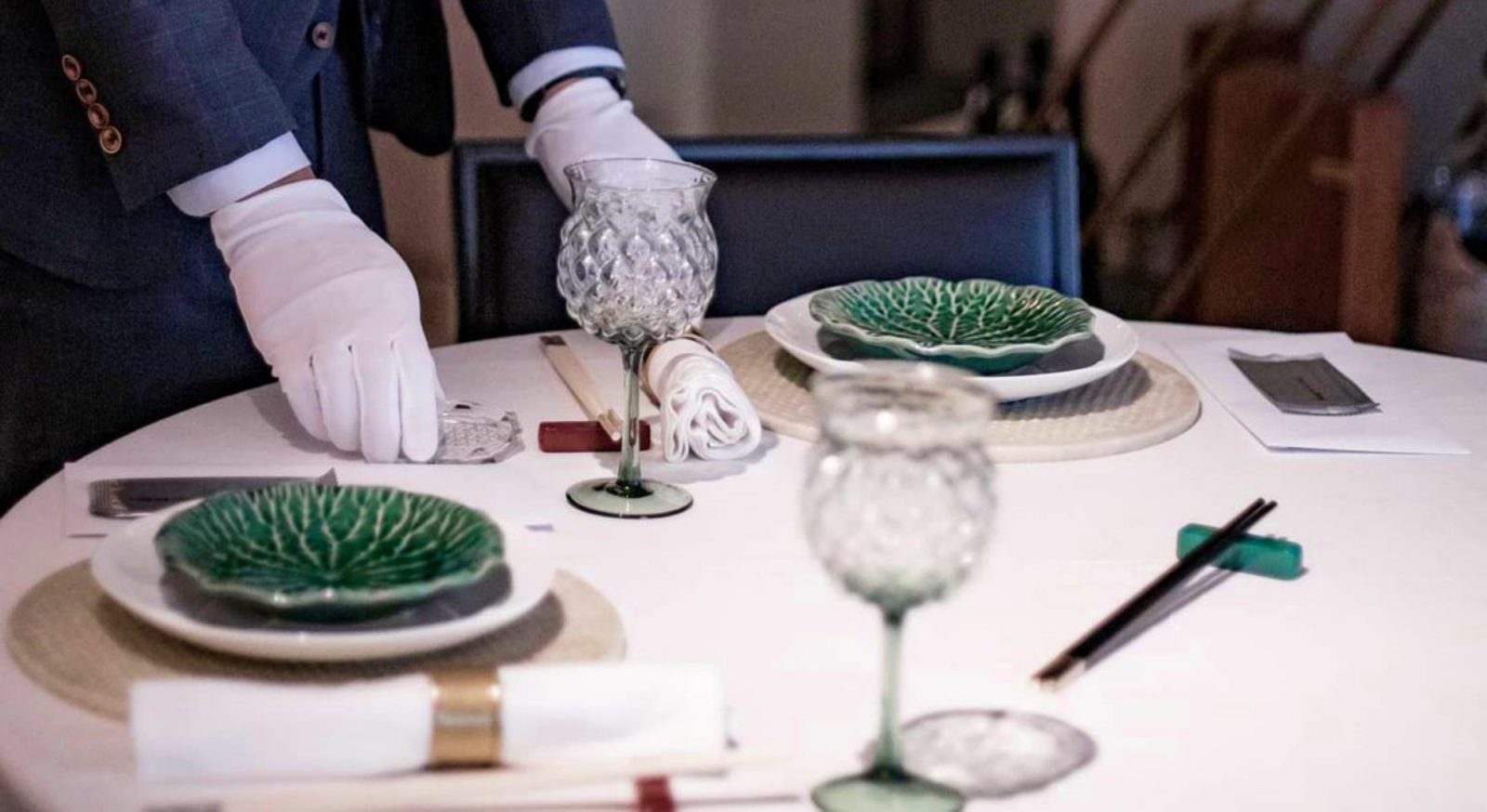 We run through a hit list of the city’s plushest dining rooms — from Michelin-starred Cantonese to a private member’s club — all ideally suited to a bit of deal-brokering, strategising and team-building in style.

First name-dropped in the pages of Esquire America in 1979, the traditional ‘power lunch’ has been assiduously depicted in film, music, and television over the years — think unscrupulous Wall Street bros, spluttering into their fifth Old Fashioned of the afternoon, ordering overpriced ribeye at the expense of some hapless client.

While America’s love affair with the boozy business lunch seems to have come to an acrimonious end — due to a variety of factors ranging from diminishing expense accounts to, according to Vice, a “byproduct of the technological revolution [where] it’s almost impossible to get away from work” — like many of the country’s most influential cultural exports, the tradition lives on (albeit in revised form) in dining rooms across Hong Kong. In Asia’s number 1 financial hub, ‘power lunching’ continues to play an important, inclusive — dare we say it, even enjoyable — role in greasing the wheels of commerce (and, on average, with fewer sinister connotations here as compared to in Manhattan).

You might also like…
Food & Drink
Review: Smoke & Barrel brings real-deal American barbecue to Central
Style
In the Metal: The revitalised Bulgari Aluminium

Our latest dining guide is reflective of this: encompassing eight power lunches in Hong Kong that speak to a style of workaday dining that isn’t all just Cohiba smoke and “rich mahogany.” Admittedly, we’ve included one or two entries which are absolute fodder for orchestrating your next hostile takeover, but there’s also a healthy dash of options for a more casual sort of working meal, post-call Kerner or the classic ‘cheat day’ repast. 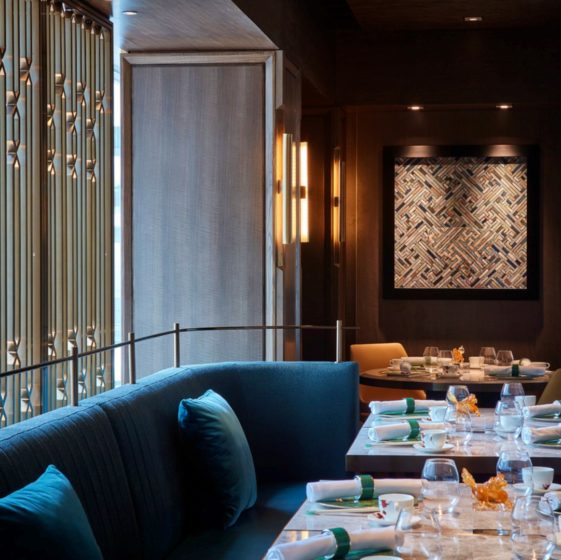 A mere hop-skip from Hang Seng headquarters, even Ying Jee Club’s moniker (when spoken in Cantonese) is redolent of wealth, prosperity, and gravitas. This two-Michelin-starred retreat in the heart of Central is the playground of Chef Siu Hin-Chi: a pillar in Hong Kong’s community of culinary masters, who’s been honing his classic covertly wily style of Chinese cookery for 38 years.

Composed of numerous gently partitioned spaces — which call to mind memories of an especially erudite tycoon’s home — the restaurant’s assortment of lounges, galleys and private rooms are the ideal setting in which to savour masterful takes on southern Chinese cuisine. Chef Siu’s militant regard for fresh ingredients is a boon to diners: giving you no less than three lunch menus (all priced at HK$430) to choose from daily. For completionists, the “Executive Lunch” menu (HK$680) offers a primer in Chef Siu’s skill with knife, wok and steamer: incorporating many of his most popular dishes including wok-fried Aussie wagyu or Garoupa poached with bean curd and Yunnan ham. 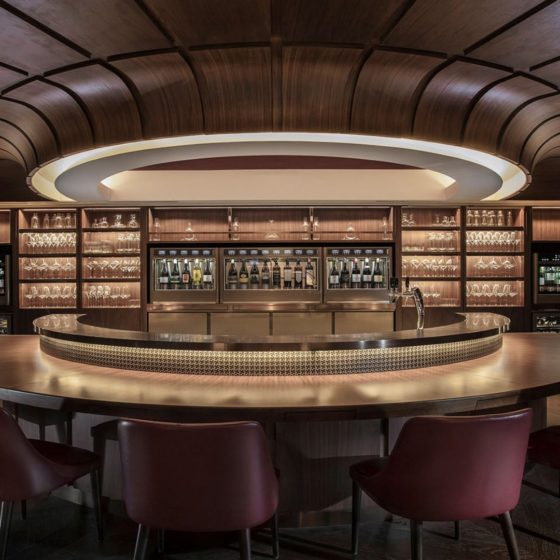 Conveniently located at the nexus of The Landmark Mandarin Oriental — surrounded by Hong Kong’s favourite office, retail and dining complex — Somm is a shoe-in whenever you’re looking for a working lunch that’s as considered as it’s casual. Admittedly, privacy isn’t the strong suit here (the restaurant is wedged between Amber and Sushi Shikon, with only communal seating available) but even this can’t detract from the satisfaction of Somm’s ‘neo-bistro’ sharing plates and a wine list encyclopedic enough for every ‘entertainment’ budget. Word to the wise: order in carafe and three-quarter bottle formats when you and your valued colleagues want to sample a range of wines. 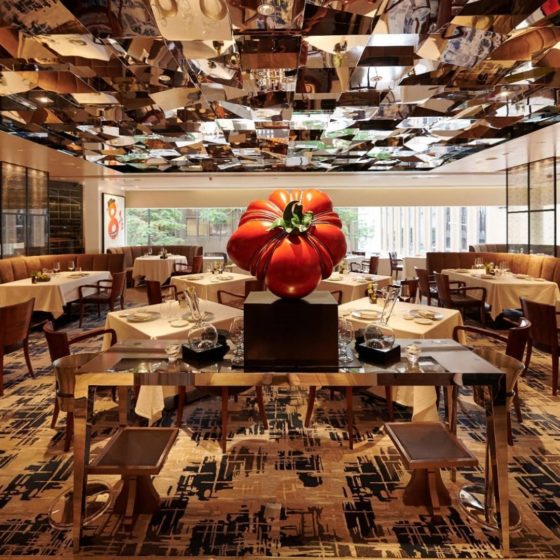 From its gilded dining room to the authentic, ingredient-led menu (embodied in the personage of the ineffable Umberto Bombana) 8½ Otto e Mezzo might just be the place in Central for a three-hour-long, no-holds-barred blowout.

For nine consecutive years, the proverbial jewel in the Lai Sun Dining crown has managed to hold onto three Michelin stars — an achievement that’s cemented in simple dishes elevated by ingredient and technique; award-winning wine and cocktails; and service that rarely skips a beat when it comes to the decidedly human aspect of hospitality.

Granted, all that culinary firepower is accompanied by a price tag to match (HK$780 for three courses; HK$1,080 for four courses) but if you’re serious about letting everybody at the table know you mean business, few lunches are as persuasive as those served at the court of “The King of White Truffles.” 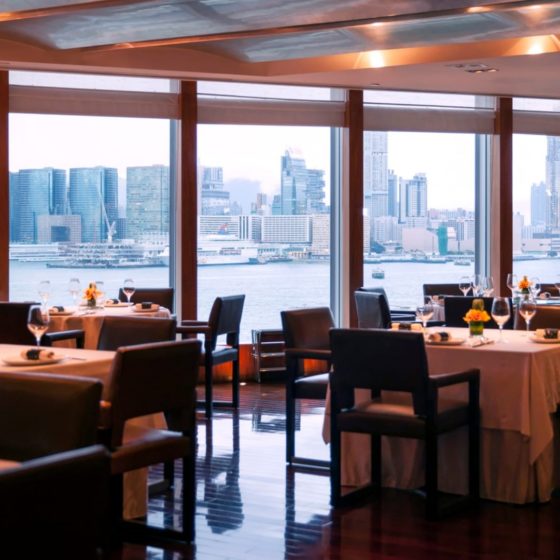 The first Chinese restaurant in Hong Kong to attain the Michelin Guide’s coveted three-star rating — it also made our own ‘Best of’ list earlier this year — Lung King Heen’s forte lies in its ability to corral together all of the myriad elements that go into making a world-class dining destination. From sight-straining views (from which the restaurant derives its name) to service that borders on bulletproof, the experience of dining here is akin to summiting a mountain — from this vantage, everything else feels small.

When it comes to ordering, the sheer amount of choices can be overwhelming. At any given time, there are four ‘Yum Cha Gourmet’ (HK$1,380) or ‘Executive Lunch’ (HK$760) sets to choose from, updated by chef Chan Yan-tak to reflect whatever is in season. Our own highlights include twists on beloved Cantonese staples, such as an ethereal egg white custard which has been double-boiled or a rice fried with Racan pigeon — the same breed used in that hallowed signature dish at sister establishment Caprice. 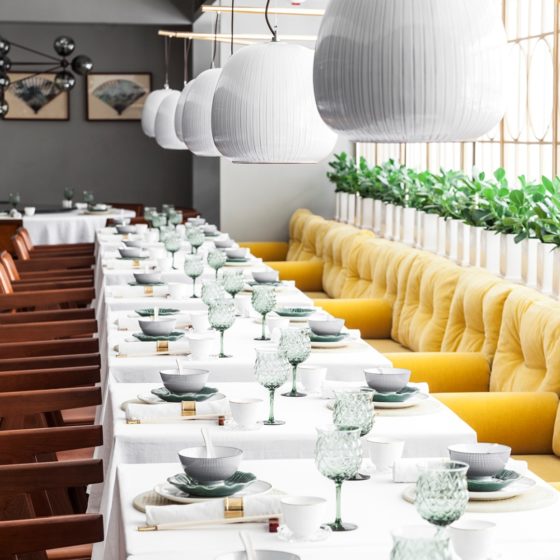 Somewhere between an airy Cantonese restaurant and an incubator for the arts, Duddell’s has long been the go-to for an eclectic cast of gallerists, creators and their white-collared patrons (it helps that the venue is only a minute’s walk from The Landmark).

The menu on both floors went through a slight rework this year, with the classic ‘Executive Lunch’ (HK$398) now served in the dining room and dim sum available across both floors. As ever, if you’re looking for a killer spot to engage in casual banter whilst taking in your afternoon repast the fourth-floor salon, complete with its own verdant terrace, is an enviable setting. For an especially indulgent post-lunch treat, ask to see the cigar menu. 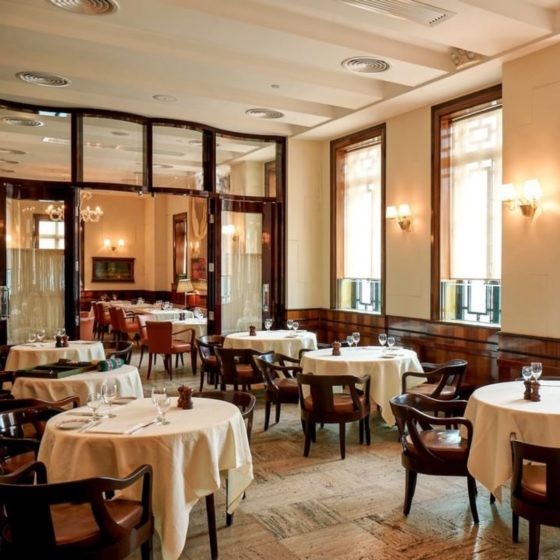 The Hong Kong chapter of the private members’ club of the same name — brought to the city by the late, great David Tang in 2003 — cribs from the Italian rubric of simple, rustic dishes — making it ideal when you’ve neither the time nor inclination to spend 20 minutes Google translating what to order. Aside from Italian classics, there’s also an array of dishes from the great canon of ‘soy sauce western’ cuisine — found only in Hong Kong. Theoretically closed to the public, we recommend finagling a reservation here (through an existing member) at least once for a dining experience that’s increasingly rare in Hong Kong these days.

With its vaulted ceilings, glass awnings, Art-Deco frieze and coterie of spiffily dressed waiters, the ambience here is the closest you can get (in Asia) to that great Venetian institution, Harry’s Bar. Portions are generous by Central standards too, with the Milanese-style veal chop and Shrimp al Curry serving as great fodder for a long, boozy pre-weekend lunch. 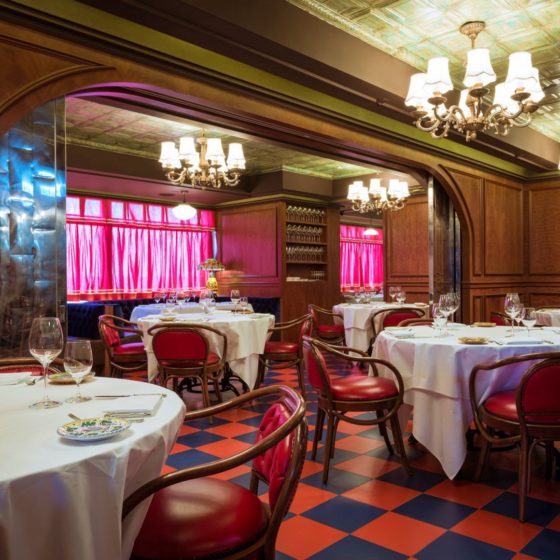 Whereas Carbone’s reputation for uproarious nighttime shenanigans still remains intact after all these years, the popular Black Sheep purveyor of ‘Red Sauce’ Italian has also developed a sideline in more affordable, client-friendly lunches (HK$398) — bringing many of Mario Carbone’s staple dishes to the realm of the midday meal.

Theatrics have always been a big part of the fun, with numerous dishes either plated or displayed tableside. That makes Carbone the ideal backdrop for a first-time gathering — one where you’re looking for ways to smooth out the dynamic between different (potentially adversarial) personalities. What better way to make new allies than over a plate of spicy rigatoni? 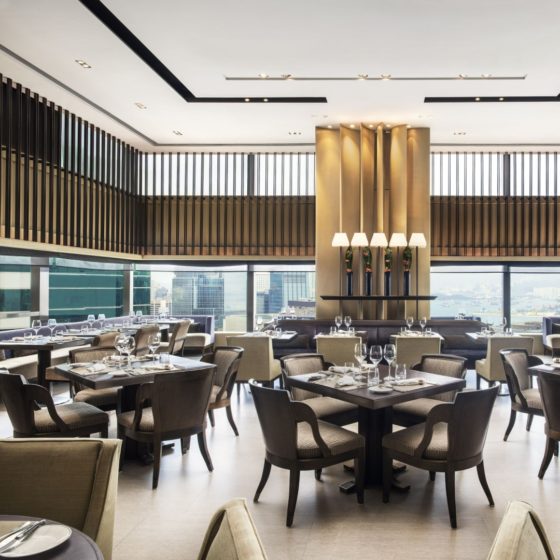 Following news of its imminent closure at the end of 2020, we’re adding Café Gray Deluxe to the shortlist of restaurants worthy of a blowout lunch in the coming months. Located at the apex of the ever-popular Upper House, it’s been an essential spot for Hong Kong’s resident glamazon set for more than a decade.

Initially known for the neo-Asian fare of its chef and namesake Gray Kunz, the Café Gray menu these days is an assemblage of hotel classics, healthier options, and an impressive wine programme, made all the swankier by what probably amounts to the best-looking view on Hong Kong island. If you’re out to make a statement at your next working lunch, this ought to do the trick.