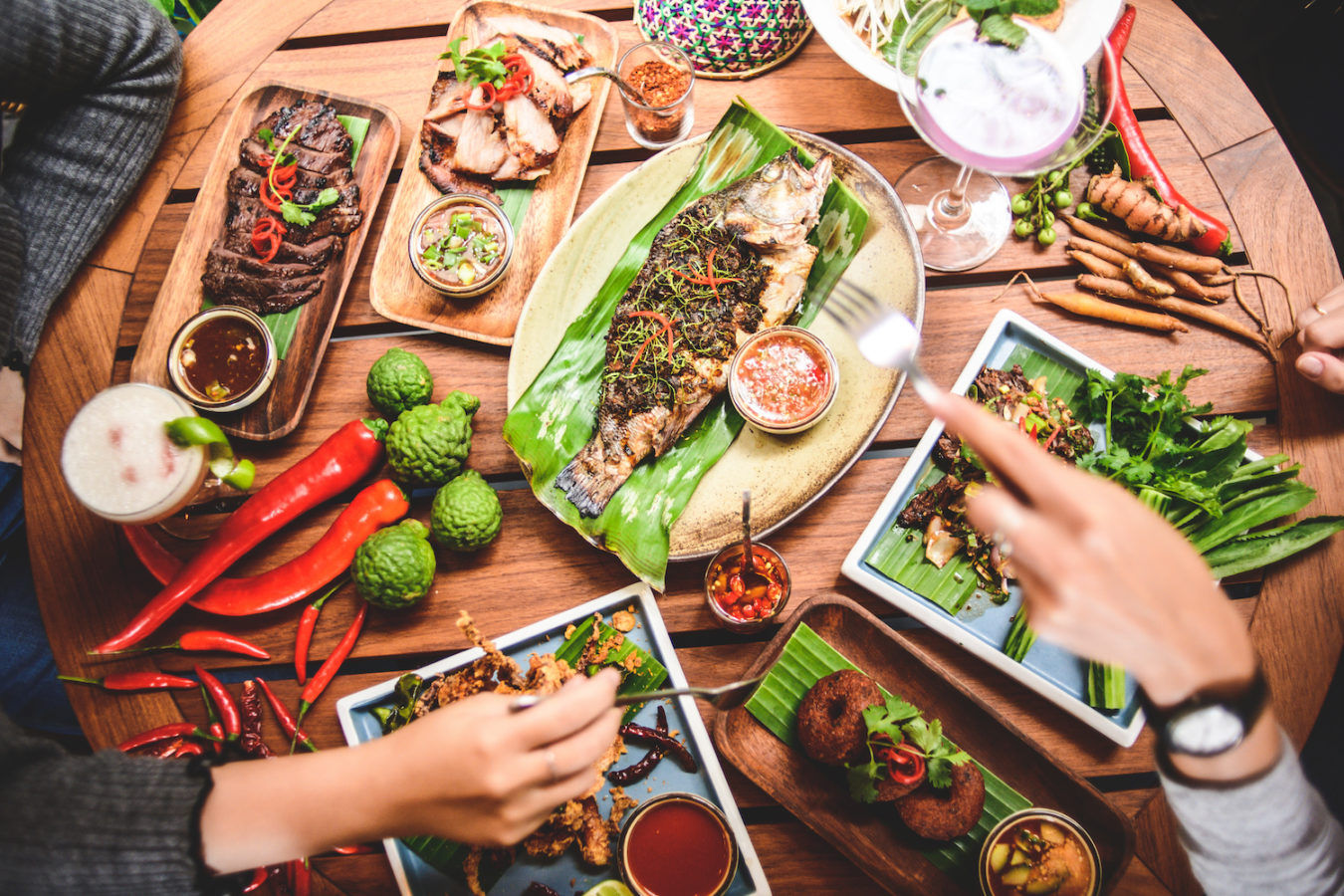 February kicks off with a trip to Gunma prefecture to taste some of the prized delicacies of the region, and new Thai street-inspired eats to help brave the winter chill. Here are three new menus to chow down on around town.

A culinary tour around Gunma 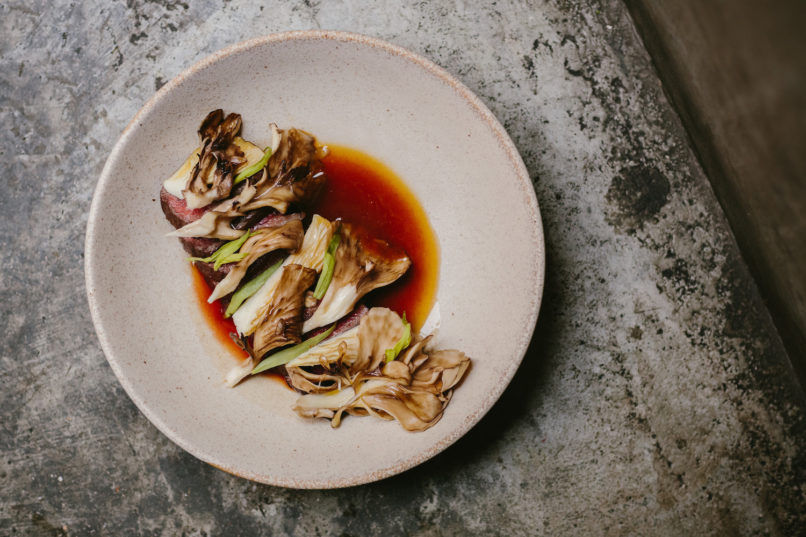 Favourite SoHo izakaya Fukuro is spotlighting the pristine Japanese prefecture of Gunma with an exclusive menu this February highlighting the region’s best ingredients. Diving into the terroir of this produce-rich region, chef Shun Sato introduces exclusive dishes such as A4 Gunma Wagyu (HK$348), a riff on sukiyaki — the one-pot meal which originated in Gunma — with thinly sliced beef topped with maitake mushrooms, black garlic and umami-rich miso jus; and Gunma Rainbow Trout Tartare (HK$128) with a hit of yuzu miso and seaweed. To pair, customers can wash down the meal with a seasonal Gunma Sour (HK$88) building on a base of tart umeshu plum wine, and award-winning Higen Daigingo sake bearing a fruity whiff of green apple. The Gunma menu is available from now through 29 February. 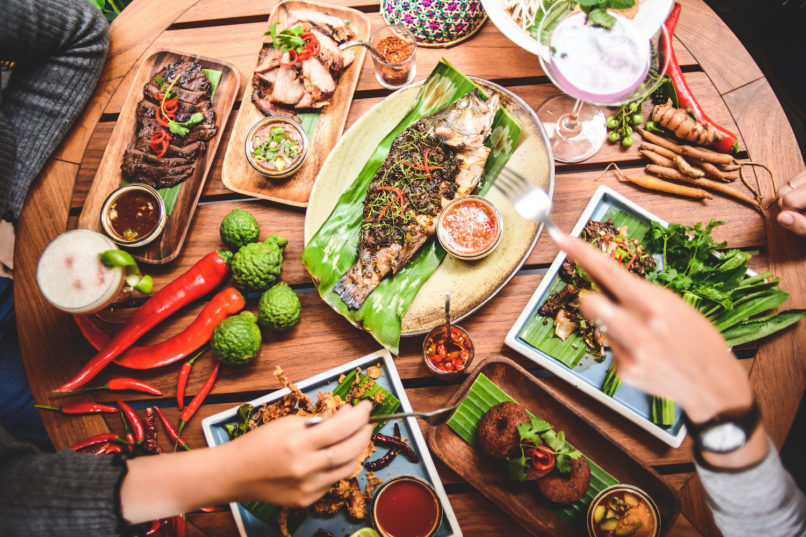 All-new creative dishes and drinks are launching at Ruam, the Ship Street alfresco eatery which has quickly become one of Wan Chai’s most popular Thai destinations. Craveable street-style dishes help Hongkongers brave the last of the winter chill starting with Pla Muk (HK$98), a tangle of fried squid tentacles shot through with green peppercorns, tamarind and chilli. The Tod Man Pla fish cakes (HK$88) are similarly jam-packed with flavour, seasoned with red curry and kaffir lime.

For mains, those enjoying a sharing-style meal can tuck into the grilled whole sea bass, Play Yang Smun Prai (HK$338/mp) jazzed up with lemongrass, palm sugar and lime; or opt for the deep-fried version (HK$398, feeding up to four), which is generously topped with a melange of sour, spicy and tangy ingredients from the Thai pantry. The after-work watering hole is also elevating its cocktail menu with new additions including the One Night in BKK (HK$88), a refreshing concoction of tequila, triple sec, chilli, lime, mango, fresh orange juice and mint with a chilli rim. 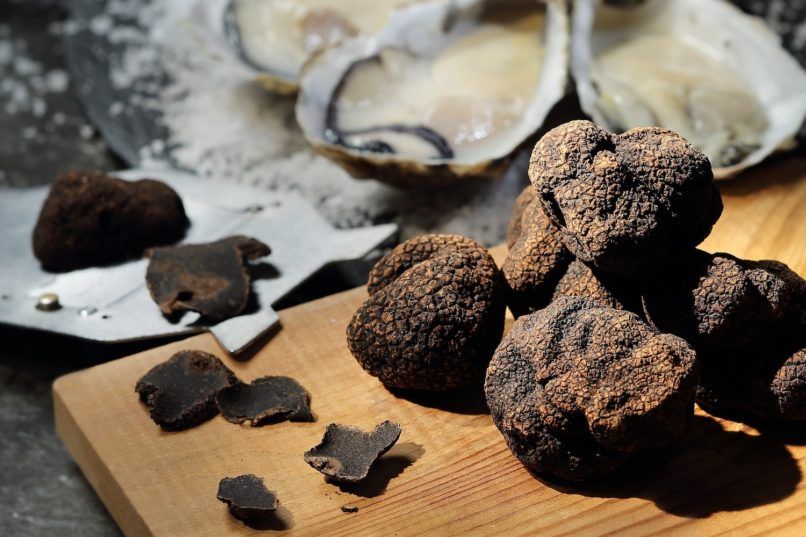 If truffle and foie gras is your jam, head over to Café on M from now through March to get your fix at the new dinner buffet. This extravagant hotel feast stars fragrant black truffle and Hungarian foie gras, alongside freshly-shucked French Fine de Claire oysters, a sashimi and sushi buffet, roasted meats such as ribeye (topped with truffle, no less), and freshly made pastas including the shaved black truffle ravioli. The highly coveted tuber imparts its earthy aroma on pastas, sauces, meats and even soups (don’t miss the double-boiled chicken soup with sea conch and black truffle). Bringing the two delicacies together is the black truffle, foie gras and preserved sausage fried rice — a winter warmer that’s well worth the hit to your waistline. The dinner buffet is priced at HK$638–708 per adult.

New Eats Thai Izakaya truffle foie gras fukuro ruam cafe on m
Leslie Yeh
Editor in Chief
Having worked as a lifestyle editor for almost 10 years, Leslie is thrilled to be writing about the topic she loves most: wining and dining. When she's not out pounding the pavement for the latest new restaurant opening or tracking food trends, Leslie can be found at home whipping up a plate of rigatoni vodka and binge-watching Netflix with a glass of Sauvignon Blanc in hand.
Dining Restaurants Food Trends Drinks Travel
Sign up for our newsletters to have the latest stories delivered straight to your inbox every week.