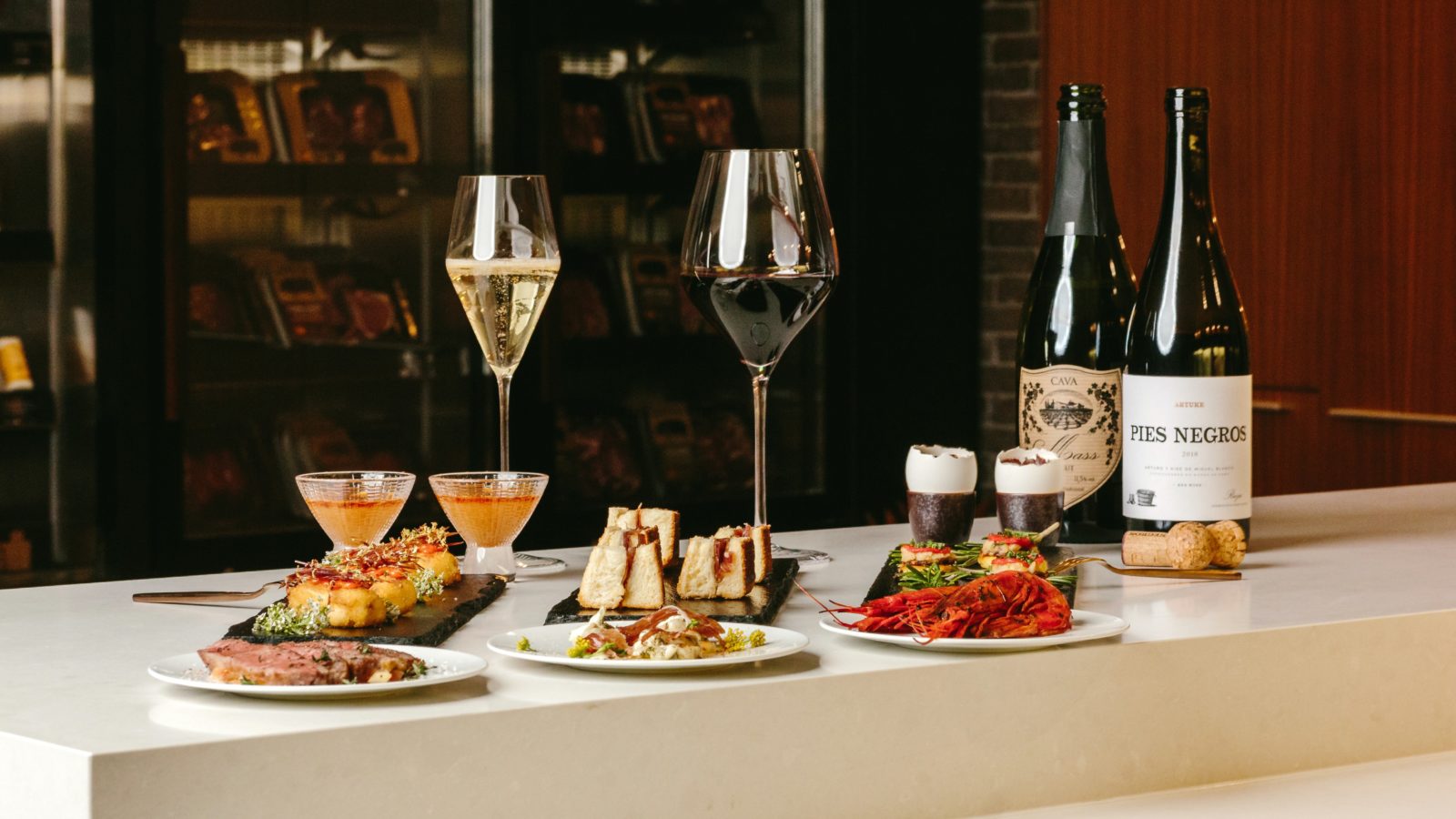 A delicious gastronomical journey around the most beloved cuisines this week, beginning with Pata Negra House for the unveiling of the first authentic Iberico Ham Cellar in Asia, then, a hop-over to Italy with Pirata and Pizza Project’s season specials. In nearer waters: a trip to Singapore with Uncle Quek’s authentic Singapore’s favourites and finally a stop in Japan for the infamous grilled morsels at Yakinikumafia.

It seems like gastronomic experiences are the latest way to adjust this current continuous state of remaining land-bound. A blessing in disguise, perhaps, since you only have to go so far out to San Po Kong for an authentic taste of Iberico ham. Conceptualised by Pata Negra House, notable European gourmet foods distributor in Hong Kong for over 15 years, the Iberico Ham Cellar experience aims to bring a bit of Spanish culture and tradition to the city. The three-part programme begins with a generous serving of tapas and tasters in the tasting room — guided by the knowledgable and amiable managing director, Mathieu — followed by a dramatic unveiling of the most anticipated part of the tour — a look into Asia’s first Iberico Ham Cellar, stocked with an impressive collection of vintage hams sourced from the Iberian Peninsula, ranging from 32 to 60 months and a chance to try your hand at slicing your own. To finish, a 7-course tapas menu — including a life-changing Croque monsieur — designed by Écriture’s Chef Heloise Fischbach, starring Pata Negra House’s extensive gourmet selection. An evening experience for those who enjoy a slice of interactive fun with their meal.

Reservations must be made before visiting. The Iberico Ham Cellar is open Tuesday to Friday 6:30-8:30 pm

Should you be looking for a feel-good meal, two of Pirata Group’s longtime stalwarts, Pirata and The Pizza Project, are rolling out with new limited-time specials. At Pirata, a seafood brunch featuring sea-fresh lobster with the likes of lobster eggs Benedict and lobster bruschetta, only available on the last weekend of the month from July to September. For the latter, The Pizza Project is firing up a Golden Truffle Pizza in honour of the upcoming Olympics made with black truffle paste, mascarpone, fior de latte, potatoes, mushrooms, fresh truffle and a sprinkling of gold flakes. Take heed, however, the Golden Truffle Pizza is only available from 23 July to 1 August.

Taste of Singapore at Uncle Quek

Now, a quick jet-over to Singapore courtesy of Uncle Quek at J.A.M., which has recently introduced a new ‘Taste of Singapore’ menu topped with six beloved comforts from our favourite neighbouring city — black pepper prawns and wok-tossed char kway teow makes its grand debut on the Uncle Quek menu. A fair contender as we continue to patiently for the bubble to resume — if it ever will. From now until 9 August, the ‘Taste of Singapore’ menu will be served with a complimentary Milo Dinosaur or Calamansi Soda in celebration of Singapore’s National Day.

Here’s something to hopefully quell the steamy temperatures: Wagyumafia’s trio of summer serves thoughtfully designed by chef de cuisine Yohei Yamamoto. There’s the Japanese green pepper salad made with Miyazaki green peppers and drizzled with Wagyumafia’s exclusive Wagyusco dressing; wagyu carpaccio, with wafer-thin cuts of lean bolar blade topped with parmesan shavings and sprinkled with coarse mafia salt and pepper; and Hiyashi Somen, ice-chilled wheat noodles in a pure dashi broth and served with a blanket of sliced lime. You’ll find them available à la carte or atop the omakase menu, which also comes with an impressive list of rare Ozaki beef cuts.

Where to eat in Hong Kong this September 2021