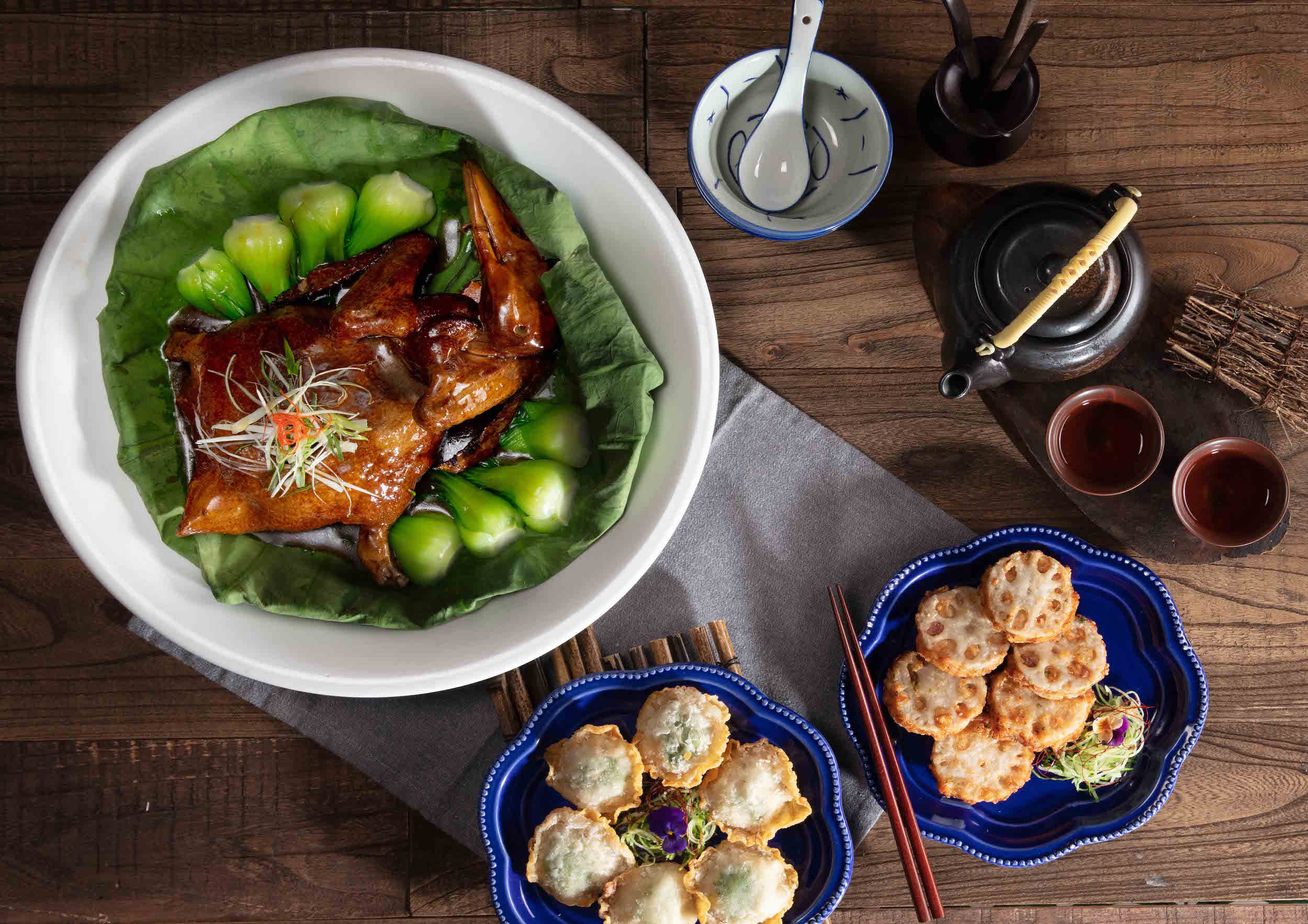 New Eats: Dry-aged steaks, a taste of Brittany and duck in honour of Bruce Lee

Food & Drink
New Eats: Dry-aged steaks, a taste of Brittany and duck in honour of Bruce Lee
Share this article
Next article

Summer menus usually mean loads of greens, fresh-pressed juices and lighter mains, but this week’s featured restaurants are here to deliver on the flavour front for those who can’t go without a juicy well-marbled steak or a butter- and carb-loaded main. If you’re looking to indulge, skip the summer diet for these new eats that range from premium dry-aged steak at Quarry Bay hotspot Mr & Mrs Fox to dim sum and deboned duck at Dragon Noodles Academy. Hip Quarry Bay steakhouse Mr & Mrs Fox is revamping its menu this summer with a new Executive Chef onboard: Raised in Jalisco, Mexico, chef Alfredo Gomez will take inspiration from his childhood growing up around his family’s traditional cooking to present a home-style menu focused on flavour-packed comfort fare. Rooted in hearty, sharing-style portions, the new menu is a steak and seafood lover’s paradise.

We went in for a sneak peek recently, and were impressed by the boost in creativity to the contemporary-style dishes, from a marinated artichoke which benefitted from a smoky grilled sheep milk cheese and basil & goat cheese foam; to the grilled seasonal lobster, a half crustacean served with wilted Swiss chard in a luscious shellfish sauce that we could have drank by the spoonful. Of course, the hearty dry-aged steaks are still on point: we’d recommend the 16oz strip steak which boasts a palatable funk, sliced into tender, meaty strips and served with all the fixings from a bright tomato salsa and chimichurri sauce, to creamy béarnaise and gravy jus. With a knob of roasted garlic and rosemary on the side, the platter is perfect for sharing between two on your next date night outing. 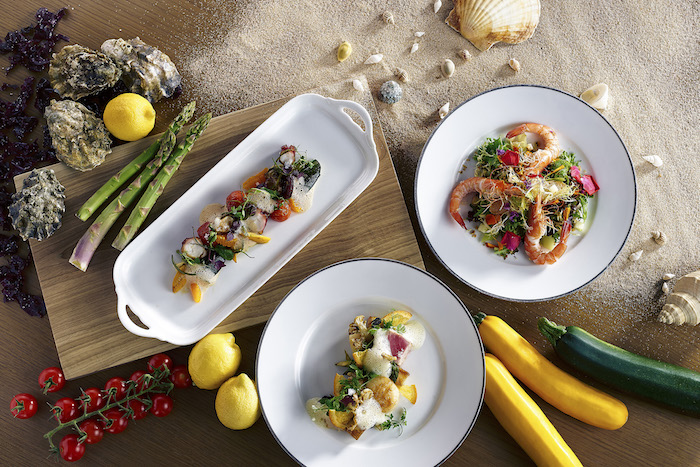 Hugo’s, the purveyor of fine French foods nestled within the grand Hyatt Regency, TST, is voyaging north this month to bring us a selection of gourmet dishes from the great gastronomic region of Brittany. Stretching along the coast of the Atlantic Ocean, the area is known for its fine and abundant seafood, which Hong Kong diners can now enjoy through the end of summer.

Kick off the culinary voyage to France with a refreshing poached crevette rose shrimp (a type of deep-water shrimp) served with celery, walnut, herb salad and granny smith apple, cooked the traditional Breton way; followed by the Breton fish soup dotted with bottarga, saffron and chives. For mains, dig into simple pan-fried French scallops with bonito, asparagus, cauliflower and morel mushrooms; or opt for the sautéed Atlantic octopus with French Gillardeau oyster, which gets amped up with fennel, zucchini, cherry tomatoes and lobster foam. Finally, fish lovers won’t want to miss the Atlantic monkfish served on a bed of creamy carnaroli risotto with a hit of pickled lemon, young spinach and meunière sauce. Over at Dragon Noodles Academy, new Guangzhou-style dishes are popping up on the menu, inspired by the kung-fu legend, Bruce Lee. Paying tribute to the icon and his favourite dishes, DNA’s new menu falls in line with its retro décor, offering up a nostalgic taste of classic Chinese dishes just in time for Father’s Day. From now until 31 August, diners can savour everything from traditional dim sum such as siu mai pork dumplings with pork liver (one of Bruce Lee’s favourite foods), to savoury delights including double-boiled winter melon with lobster crab meat and steamed fish head in Chinese gooseberry sauce.

For a more celebratory affair, don’t miss the Eight-Treasure Duck (HK$489, order in advance): this time-consuming creation comes stuffed with lily bulbs, salted egg yolk, coix seed, quinoa, lotus seed, shiitake mushroom, chestnut and conpoy — evoking the glorious Chinese banquet dishes of the past. For another meaty delight, guests can go for the stir-fried sliced pigeon, which uses birds from Shek-Ki in Guangdong for their slightly gamey taste, offset by fresh pineapple and ginger. In a dining room reminiscent of old kung-fu academies with eye-popping décor, it’s the perfect place to indulge in a bit of nostalgia as you savour dishes brought back to life from a bygone era.

Hong Kong New Eats Hugo's French Food Steakhouse Mr & Mrs Fox Where to eat dragon noodles academy best bites where to dine new bites
Leslie Yeh
Editor in Chief
Having worked as a lifestyle editor for almost 10 years, Leslie is thrilled to be writing about the topic she loves most: wining and dining. When she's not out pounding the pavement for the latest new restaurant opening or tracking food trends, Leslie can be found at home whipping up a plate of rigatoni vodka and binge-watching Netflix with a glass of Sauvignon Blanc in hand.
Dining Restaurants Food Trends Drinks Travel
Sign up for our newsletters to have the latest stories delivered straight to your inbox every week.