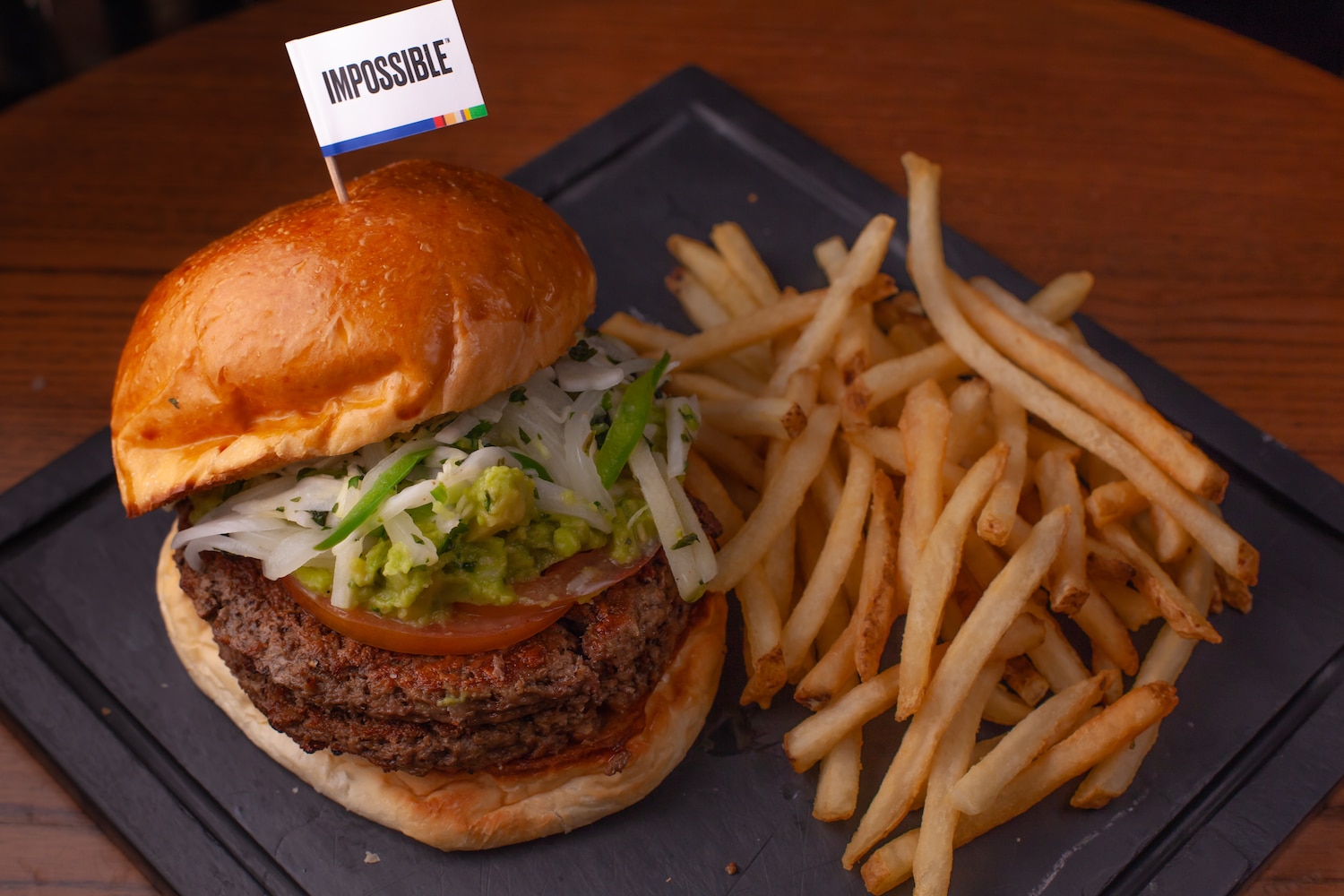 With summer behind us, it’s perhaps time to dial up the gourmet indulgences as we gear up for the colder winter months and holiday festivities just around the corner. From gourmet burgers from a notable Hong Kong chef to new steaks at Morton’s and a handful of carb-loaded delights at Italian diner Al Molo — this week’s new eats are worth shunning calorie counting for pure, pleasure-seeking gluttony.

After the shuttering of Sai Ying Pun smokehouse Rhoda last month, chef Nate Green is far from resting on his laurels: He’s recently debuted a new line of gourmet burgers, named Harley’s (after his son), in advance of a soon-to-be-announced project on the horizon. Known for his procurement of high quality beef and nose-to-tail cooking, Hong Kong’s certified meat master is introducing his take on the ubiquitous burger for the first time — drawing inspiration from Southern California to New York in a 10-burger menu available exclusively at Cali-Mex Bar and Grill locations as well as online through its own storefront on foodpanda.

While wide-ranging in ingredients and flavour profiles, Harley’s burgers start with the fundamental attributes of any great burger — texture, flavour, high quality ingredients and balance, according to chef Green. All served on toasted brioche buns and boasting the deep smoky flavour that colours much of Green’s cooking, highlights of the menu include the Rumble in the Bronx (HK$188), a New York-style mac ‘n’ cheese burger; the El Chapo (HK$188), inspired by So-Cal’s Mexican food scene; and the Aye Aye Captain ($158), reminiscent of the pubs in Green’s hometown of London with beer-battered fish, mushy peas, tartare sauce and fries. While not wholly ditching the meat, chef Green is also putting his own environmentally-friendly stamp on the menu with the option to switch any burger to an Impossible Meat vegetarian patty substitute for an additional HK$20.

So long, summer diets: Those looking for hearty, gut-busting fare this autumn should set their sights (and appetites) on TST steakhouse stalwart Morton’s, which has just debuted an all-new selection of seasonal dishes featuring the roasted, woodsy and earthy flavours of the season. Bacon lovers will want to tuck into the Nueske’s Bacon Steak (HK$138) for a hearty kick-off to the meal — the star of the new fall menu with two thick-cut slabs of fat-streaked bacon bearing a semi-sweet mustard glaze and delicious caramelised bits of char and fat.

Continue the carnivorous feast with two new cuts to join the premium steak list: the lean all-natural 10oz filet (HK$688) is tender and packed full of flavour, served with bone marrow for a double punch of umami; while the USDA Prime New York Strip 18oz (HK$898) is dry-aged in-house to intensify the rich, beefy flavour of the steak. Complement the steaks with a selection of new seasonal sides ranging from the fragrant truffled mashed cauliflower (HK$130) to a wild mix of sautéed mushrooms (HK$118), including cremini, shiitake and oyster ceps slicked with butter and garlic and served atop grilled baguette slices.
Morton’s The Steakhouse, 4/F, The Sheraton Hotel & Towers, 20 Nathan Road, Tsim Sha Tsui, Hong Kong, +852 2732 2343

New York’s “King of Italian Cooking”, chef Michael White is making a star-studded appearance in town this month, bringing a handful of new a la carte dishes to his waterfront restaurant Al Molo Ristorante Italiano inside Ocean Terminal. In town starting from 22 October, the Michelin-decorated chef (and nominee for the 2011 James Beard Awards for ‘Best Chef, New York City’) will take a break from managing his NYC outlets — including Manhattan seafood palace Marea and his latest pizzeria, Nicoletta — to bring a collection of new seasonal items to his Hong Kong fanbase.

Head chef Nelson Gonzales will collaborate with chef White on the new menu, starting with fresh pastas and risottos including the chitarra, a melange of squid ink spaghetti, clams, chili, leeks; and the risotto al granchio, an ocean-inspired bowl of fresh crab lump, sea urchin, and burrata cheese. Meanwhile, a selection of lighter fish and meat dishes pack in the protein: start with the Al Molo crudo with house marinated salmon, tuna tartar, Sicilian red prawn, sea bass carpaccio, citrus, grapefruit dressing; followed by whole-baked Italian branzino or the Bistecca, an 8oz grilled U.S. tenderloin paired with celeriac, Brussels sprouts, pearl onion and bordelaise sauce. Top it all off with the sumptuous new zabaglione dessert with Chambord sabayon and mixed seasonal fruits while soaking in the dazzling skyline from the alfresco terrace.

New Eats Where to eat Mortons al molo harley's
Leslie Yeh
Editor in Chief
Having worked as a lifestyle editor for almost 10 years, Leslie is thrilled to be writing about the topic she loves most: wining and dining. When she's not out pounding the pavement for the latest new restaurant opening or tracking food trends, Leslie can be found at home whipping up a plate of rigatoni vodka and binge-watching Netflix with a glass of Sauvignon Blanc in hand.
Dining Restaurants Food Trends Drinks Travel