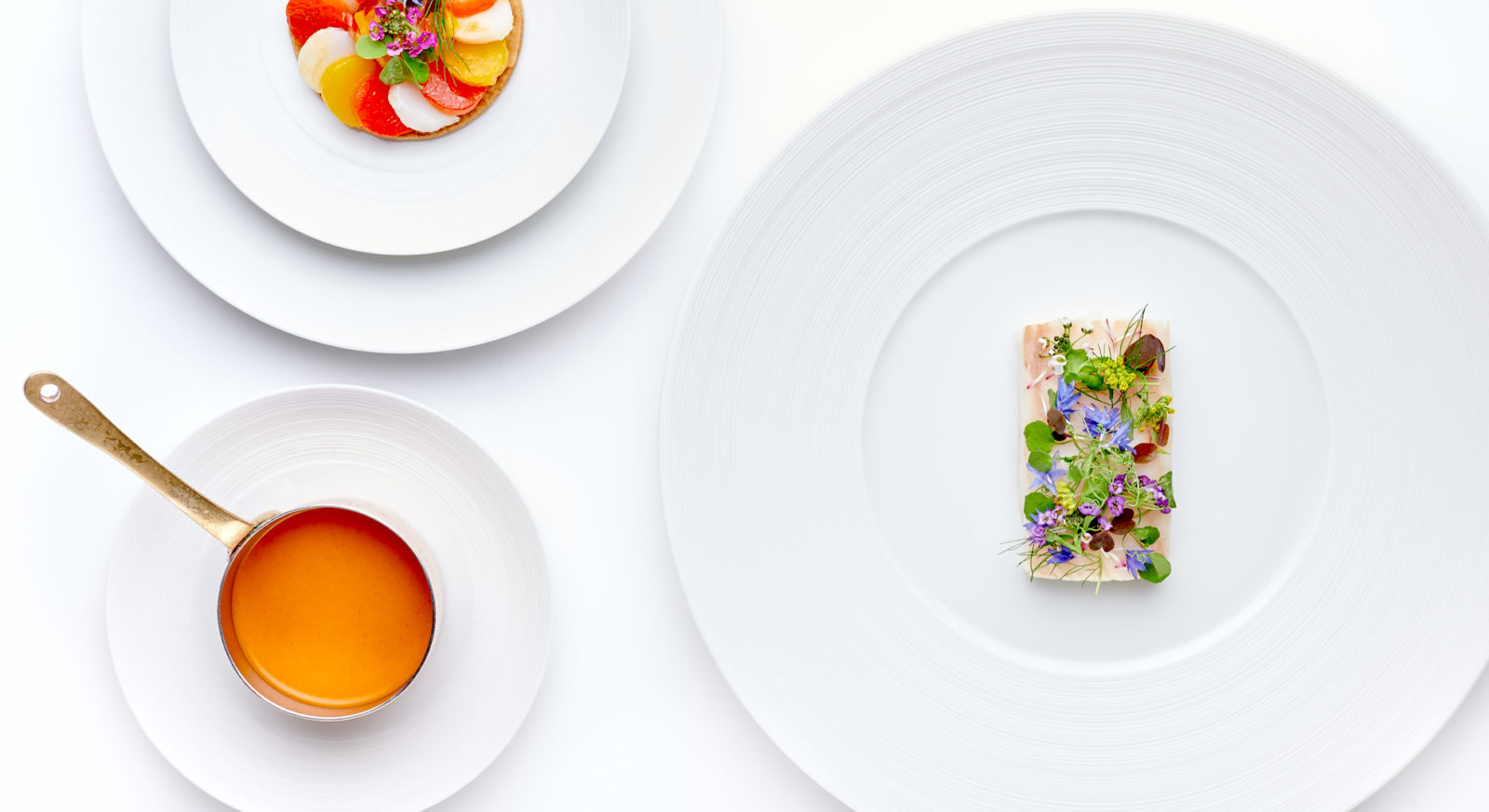 Though savvy diners will already have blocked out their culinary calendars in anticipation of Mid-Autumn festivities well in advance, there’s still a gargantuan number of fresh promos and menus worth considering. From new menus at old staples to updated bar bites at (now re-opened) drinking dens, here’s where we’ll be scarfing down calories over the coming weeks.

Though the popular perception of Mid-Autumn is that it’s a distinctly Chinese holiday, it’s an equally important festival for denizens of the Korean Peninsula. Known as Chuseok, the holiday is a time synonymous with family gatherings and the first full moon of autumn. This week at Hansik Goo — Mingoo Kang’s enthusiastically attended ode to modern Korean cuisine — the team are cooking up a special Chuseok menu (HK$880): designed to acquaint the city’s diners with traditional, nourishing staples eaten during the holiday. Early Hansik Goo stans will recognise Kang’s galbi jjim: an effortless comforter of braised short rib, this time complemented by a selection of classic autumnal dishes including namul (wild greens) and five-grain rice. Available until 2 October 2020.

Dinners from the Land Down Under at Mamma Always Said

Already steeped in the Antipodean custom of all-day dining, Meraki Group stalwart Mamma Always Said is poised to hold its first ‘Aussie Dinner’ on 14 October, transporting guests to the promised land of VB and Tim Tams with an assortment of five- (HK$295) or seven-course (HK$370) tasting menus. Evoking the stylings of a classic ‘Straya Day barbeque, diners will sit down to a variety of share-friendly plates: including fair dinkum recipes like the ‘Iced Vovo’ ice cream (inspired by the iconic Arnott’s bickie of the same name) and beer can chicken, cooked (of all things) atop a tinnie of the nation’s favourite lager — Victoria Bitter.

To celebrate the bounty of mid-seasonal fruit and veg that has accompanied the cooling of temperatures, Petrus Executive Chef Uwe Opocensky has just launched a trio of revamped tasting menus — ideal for celebrating with your loved ones this Mid-Autumn. Until mid-October, guests shall be able to choose up to five courses (HK$1,088-1,588) showcasing the best of seasonal European produce alongside vibrant plating techniques. For the ultimate indulgence, the five-course menu is a consummate splurge, enabling you to select two of Chef Uwe’s artful main courses such as a foolproof calotte of beef with girolles or the now city-famous donabe of Japanese rice, king crab and kohlrabi.

Pub grub at The Diplomat

Already widely revered to serve one of the best burgers in town (full disclosure: we’re big fans), John Nugent’s The Diplomat continues to up the ante with new additions to its already-impressive menu of ‘bar’ snacks — each calibrated for the richness and complexity of the house’s classically inclined cocktails. Make no mistake: this isn’t food for those of faint intestinal fortitude, with new additions including delicious, decadent calorie sinkholes like the twice-baked potato (HK$100) and hot fudge sundae (HK$65). Oh, and for those who prefer a protein-rich diet, shelve those fries for one of The Diplomat’s new Louisiana-style chicken sandwiches (HK$160) — a tribute to traditional southern comfort, pairing buttermilk fried chicken together with country-style hot sauce. That seems like a better use of calories, no?