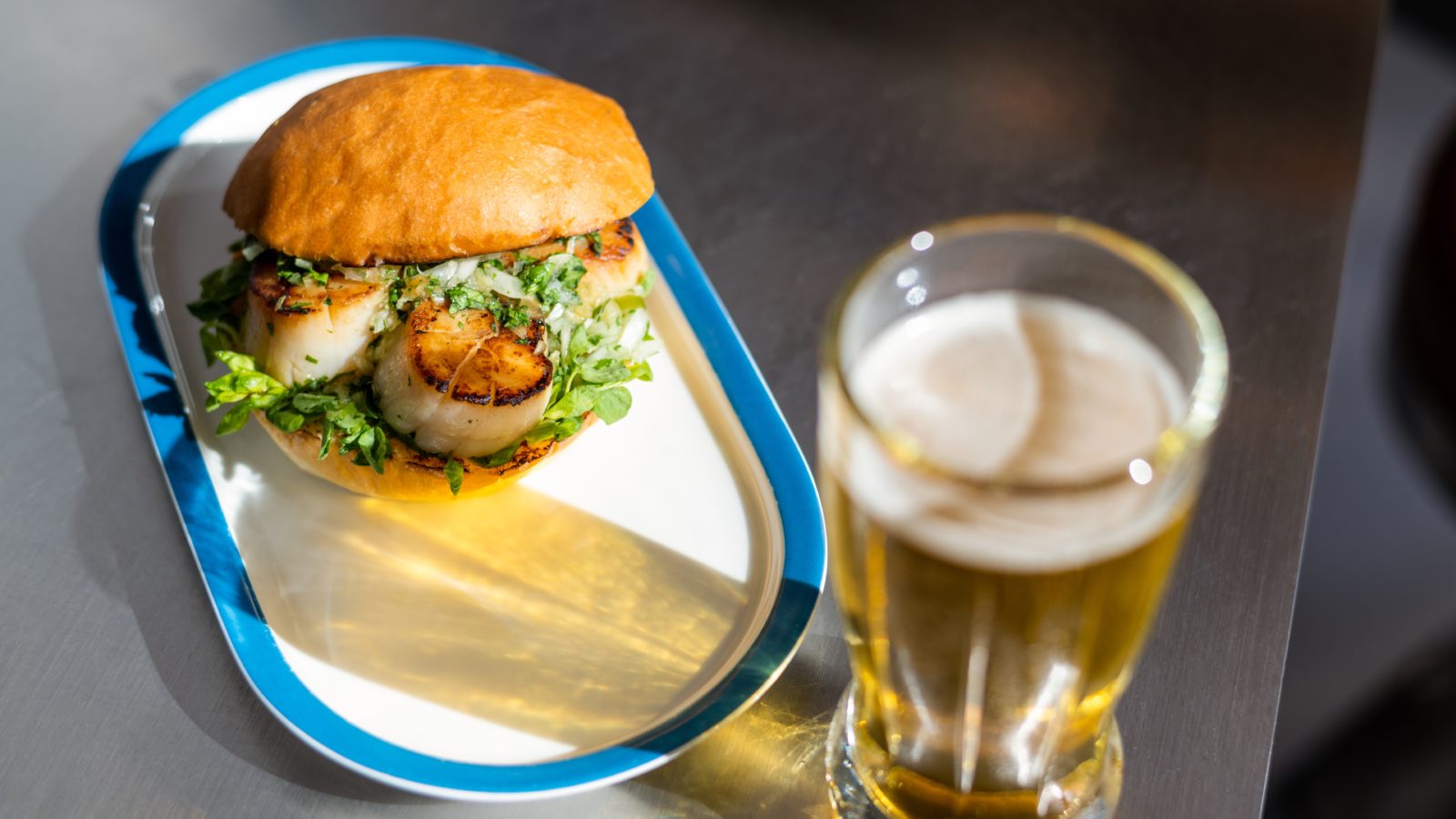 We’ve spoken endlessly about the beauty of summer (if you can just look past the sticky humidity): long days and long nights, hours spent soaking in warm sunbeams; floating in sparkling azure waters. And the food. The food! Bright flavours, light one-biters and refreshing ice creams and gelatos, the kind you get while on a European coastal getaway, served right up to the side of your perfectly shaded sun-lounger or alfresco benches on airy, lush verandahs. A soothing scene that’s judiciously mirrored by some of the city’s best-loved eateries. Here’s where to go this week should you be missing summers spent overseas.

Following its impressive overhaul by Hervet Manufacturier, LKF Tower’s buzzy Cassio returns with a new ‘Shake It EP’ series in celebration of summer, featuring an eclectic line-up of music genres led by guest DJs and tipples from guest mixologists. What’s particularly caught our eye is the renewed line-up of certain menu favourite — this is a column titled ‘New Eats’ after all — the Pinch Me! Pinchos platter (HK$298) by chef Salvador Benedicto, available every Wednesday and Thursday from 5-10pm, is topped with 15 of the Spanish spot’s finger-foods inspired by traditional Basque and Catalan cuisine; including prawn croqueta, beef tartare and Iberico charcuterie.

Signs of unforgettable outdoor summer: Long days by the beach, spending under the hazy summer sun. The smokey aroma of a barbecue grill. A scene that burger concept Honbo is keen to create with the release of two seafood burgers that take after a quintessential East Cost getaway in the glamorous Hamptons. The scallop burger (HK$168) — Honbo potato buns bookending a sumptuous symphony of golden-brown extra-large Hokkaido scallops with Japanese rocket, together with a generous smear of crunchy wasabi Pico De Gallo — and the fried fish burger (HK$138), same potato buns but with whole Greenland turbot filet, beer-battered to a crisp at the centre, served with a slather of house tartar sauce.

Honbo’s scallop and fried fish burger will be available from 2 August through 6 September.

So you probably already know — or have become instant patrons — of the buttermilk fried chicken sandwich joint on Queen’s Road Central. New York-based 375º Chicken ‘N Fries’ sammies are a top-favourite here in Hong Kong; a register of delicious potato-roll-fried-chicken construction served in all sorts of combinations. What’s tempted me in particular? The Buffalo-Honey, with a sweet-and-fiery glaze served with cheddar, sriracha mayo and hot Cheetos dust or the Raclette, served with a melty pour of raclette cheese with roasted garlic aioli.

Now, 375º Chicken ‘N Fries is adding another sure-favourite to its rota — its first dessert: Milk ‘N Chips. It’s a heavenly combination of savoury and sweet (hey, don’t bash it before you’ve tried it); milk soft-serve topped with apple crumble bites and crunchy hand-cut crisps glazed in honey. Indulgent sure, but still pertaining to the brand’s staunch commitment to quality: the handmade crisps are sliced from Agria potations flown from Holland and the ice cream is house-made from 100 percent whole cow’s milk, free of any preservatives. Go ahead and dig in.

It goes without saying: We’re all longing for two-week European vacation. And so does Hue, the modern Australian restaurant perched on the edge of Victoria Harbour, it seems, with the launch of two Spanish-inspired pop-up menus available for weekend brunch and dinner. The limited five-course dinner tasting menu (HK$800) — available from 11 August to 5 September — will highlight sea-fresh produce and light Mediterranean flavours prepared by chef Alberto Sancassani, newly arrived to the city ahead of an in-the-works project by Woolly Pig. Spy the likes of Spanish Carabineros prawn tartare, cold ‘white gazpacho’ — made with coconut milk, almonds and bread — and Burgos Morcilla, a traditional Spanish blood sausage baked and served with 62-degree slow-cooked egg, dried tomatoes, caramelised onions, smokey Idiazabal cheese cream and shavings of Australian black truffle.

Hue’s Spanish-inspired dinner tasting menu will be available from 11 August until 5 September, while the weekend brunch (HK$400/person) will run every Saturday and Sunday starting 7 Aug through 11 September from 11am to 3pm. Reservations are recommended and can be made here.

Nothing quite like biting into a fresh, juicy fruit during the heat of summer. A sentiment which reputed patisserie Dang Wen Li by Dominque Ansel wholeheartedly agrees with the return of the annual Summer Marché, where the glass-covered pastry case will be stocked with a rainbow spectrum of fruit tarts featuring 10 in-season fruits sourced from around the world resting prettily upon an indulgent buttery base. Expect Israeli figs to sweet pomelo and mango sago and Japanese peaches, also newly adding longan and banana to this year’s selection. Typically held at the Harbour City outpost, this year’s Summer Marché will launch at the new H Queen’s Flagship in Central.

Dang Wen Li by Dominique Ansel’s Summer Marché will be available for three weeks only and end on 15 August.

Summer, as it turns out, is also peak season for Yunnan wild mushrooms. Which contemporary Chinese establishment Mott 32 has taken full advantage of with the launch of a Yunnan Wild Mushroom Feast tasting menu (HK$1,250). Prepared by executive chef Lee Man-Sing, the limited-time menu is a dedication to the vast varietals of wild mushrooms found in Yunnun — home to over 800 different species — and tweaked to highlight each of the mushroom’s unique taste, texture and aroma. Case in point: The Matsutake mushroom, a flavour-packed bite on its own, is served sweet and simple with sea-salt and fresh abalone, while the Swollen-Stalked Cat Mushroom, is served cold with hua diao wine to bring out its crisp and chewy texture. To discerning diners, chef Lee has also ingeniously incorporated traditional Yunnan cuisine when conceptualising the menu: the typical sweetcorn cake street-food, for example, is served here as an elevated dessert.

Mott 32 New Eats Hue Cassio Honbo Dang Wen Li by Dominique Ansel 375º Chicken ‘N Fries
Lorria Sahmet
Editor
After two years of covering luxury retail, Lorria is thrilled to be writing in fashion, food and lifestyle here at Lifestyle Asia. When not roaming around garden centres hauling back new plants for her indoor jungle, find her hunting down the best fries in the city. She's happiest by the ocean with a fishbowl glass of ice-cold Aperol spritz.
Style Jewellery Wellness Food