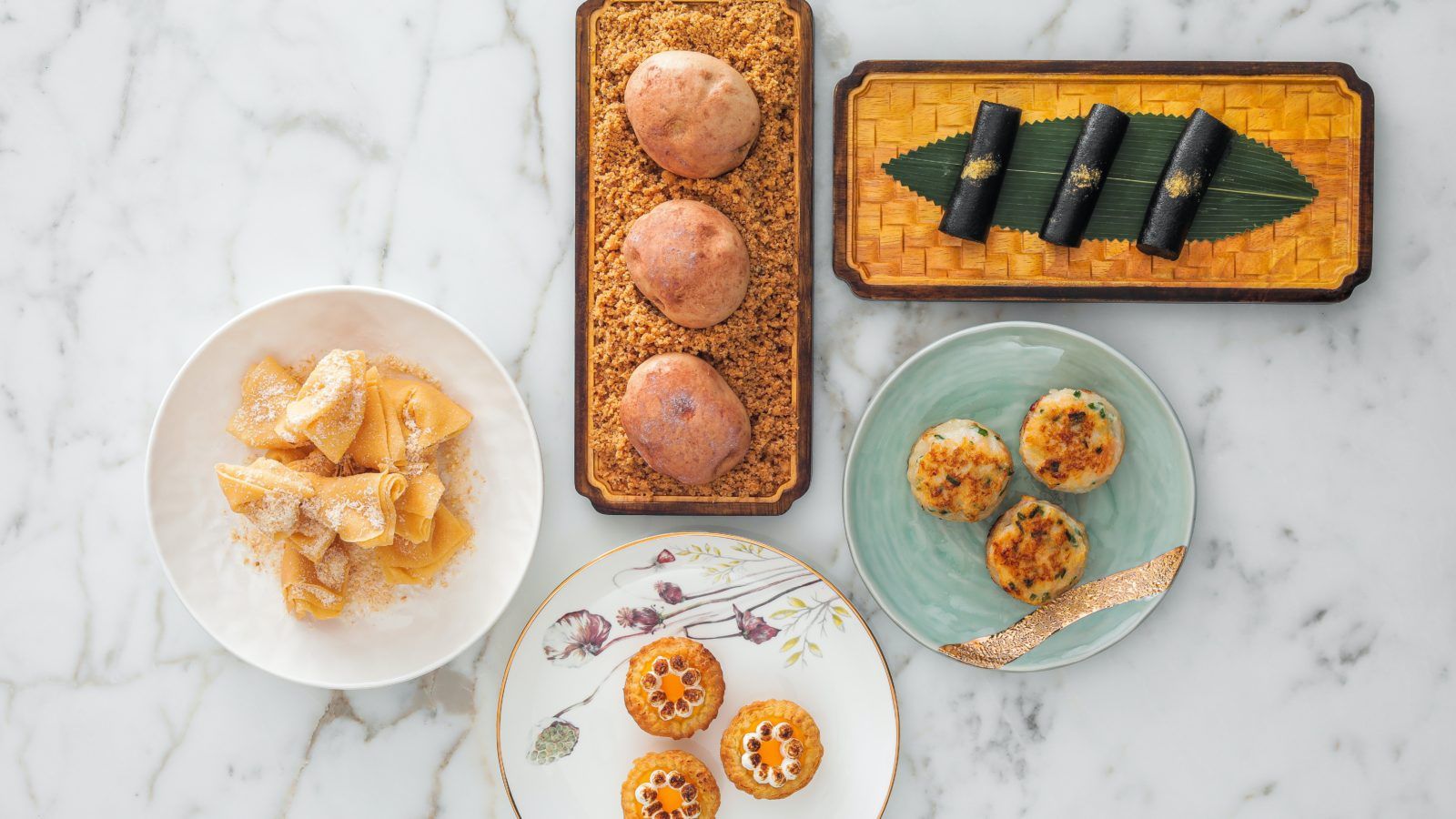 A brand new welcoming, a fond farewell and an exciting selection of limited-time menus in this week’s New Eats. Read on for more.

The Pawn has become a longtime recognised landmark along the busy streets of Wan Chai. With humble beginnings as the living quarters for the ground level Woo Cheong Pawn Shop once upon a time in 1888, the traditional, four-storied edifice then became home to Classified Group’s modern European restaurant in 2008, then again after a renovation 2014. 13 years later, the restaurant and bar concept which many have come to love for the picturesque al-fresco terrace is shuttering their doors in welcome of a brand new Cantonese concept.

To celebrate, The Pawn will be hosting exclusive menus until its official closing on 13 September. There will be a chef’s tasting menu for dinner, topped off with crowd-favourite staples like Red Prawn Linguine, Earl Grey-infused local yellow chicken breast, as well as the classic tiramisu. And a separate four-course customisable set for lunch. The bar will also be shaking up a secret menu for a final hurrah which will rotate regularly.

Reservations for the Chef’s Tasting Menu (HK$720) can be made here or via WhatsApp at +852 9731 2817. For the restaurant’s last weekend (9 to 12 September), the bar will be offering 50 percent off selected drink with any bar snack order.

Italian cuisine has long been part of the Gaia Group’s portfolio; tracing two decades back to the opening of its first Italian establishment: Gaia Ristorante. To celebrate the milestone, the group is organising an anniversary menu at Velo, starring its roster of a notable Italian chefs — chef Man of Velo, chef Alessandro Tonin of Isola Bar & Grill and chef Paolo Monti of Gaia Ristorante at the lead. Featuring crown comforts made with seasonal ingredients sourced from Italy, the menus will be available in either four- or six-course tasting menus.

For the four-course, expect authentic yet innovative flavours the likes of Sicilian smoked octopus and Roman-style stewed oxtail-stuffed tortellini served with sage butter and toasted hazelnut sauce. While the six-course sprinkled in a touch more decadence with a little table-side drama: a live showing of chef Paolo Monti’s culinary craftsmanship on selected evenings. On the menu, dig into a slew of classic serves including the north Italian-favourite vitello tonnato, truffle scrambled eggs and chargrilled Italian ‘Marango’ beef seasoned with simple sea salt and olive oil.

The next time you find yourself craving some authentic Cantonese comforts, make the trip to Tsim Sha Tsui’s Yung’s Bistro for a sample of the restaurant’s new seasonal staples. Palate-soothing à la cartes set to beat the scorching temperatures, includes scallop stuffed tofu in yanmin sauce — a Lingnan regional berry popularly used to ‘cool’, and stir-fried beef tossed with fresh pineapple and pickled ginger. Also others that showcase of the meticulous craft of Cantonese cuisine, like the tender Oil-Poached Marble Goby that takes precise preparation — orders must be made one day in advance.

And then a renewed take on classic dim sum. All-time favourites and remade in creative riffs: steamed dumplings brushed with edible gold to mimic an auspicious goldfish; baked pineapple bun with egg custard; deep-fried pork and shrimp dumpling wrapped with a matcha-dyed dough and shaped like fresh pears. For something out of the ordinary, Yung’s Bistro adds the Yung’s Bistro Hand Rolled Cigar, stuffed with shredded goose and pickled cabbage for your sampling.

With plans to host a monthly Art Takeover series that spotlights local artists at its venue, Musubi Hiro kicks off this month of September with featured urban French street artist The French Girl, or Caroline Tronel. The izakaya will play the role of gallerist, too, and showcase The French Girl’s latest murals and installations, along with exclusive art pieces that are available for purchase. Limited-time French style serves will accompany the month-long collaboration, to include the likes of tempura camembert, topped with onion, pear and sake chutney over a mini baguette and the special foie gras musubi, stacked with foie gras poêlé, apple and onion mirin confit with raspberry demi-gaze, soy sauce and picked apples, on the menu

Here’s the kind of clean eating we like to hear; when its disguised in the form of the best comfort food. 375° Chicken ‘N Fries unveil the latest in its “no-nasties’ line-up: A Hong Kong-exclusive Bello Burger, created in collaboration with local supplier Farm Direct. The star of the show, naturally, is the extra-large, 9-inch portobello mushroom that are grown organically form Farm Direct’s hydroponic farm and deliciously sandwiched between the restaurant’s freshly made buns and a lashing of tasty condiments.

The limited edition Bello Burger is available every Monday as part of 375° Chicken ‘N Fries’ Green Monday menu all through September.

Frank’s 2.0 reopens with a brand new look… and brand new menu to match

Post a speedy refresh of its interiors, Frank’s 2.0 is back and even better with a brand new food and beverage menu to match. The newly refurbished space is inspired by the intimate, den-like interiors of traditional Italian American social clubs located in New Jersey and New York with that distinct convivial atmosphere recreated via with regular DJ sets spinning all vinyl hip-hop soundtracks and an all-time comforting menu.

Prepared by chef Vinny Lauria, new Italian American comforts on the menu include creative riffs on old favourites including the lasagne fritta — a Nonna-style dish that sliced and pan-fried before serving — and farefalle alla Genovese, which reimagines the traditional pesto recipe with a shot Old Tom gin infused into the homemade pine-nut paste pulsated with Italian basil and lemon juice. Along are also the venue’s beloved mainstays like Frank’s Meatballs, homemade burrata and linguine clams. For accompanying boozy sips, bar manager Alex Chatte has curated a renewed beverage selection inspired by the flavours of classic Italian American dishes that you are sure to recognise.

New Eats The Pawn Musubi Hiro 375º Chicken ‘N Fries Velo Franks
Lorria Sahmet
Editor
After two years writing in luxury retail, Lorria now covers food and drink happenings in Hong Kong. When not taste-testing for the best fries in the city (shoestring, always!), find her at home obsessing over tableware and attempting a fruit garden on her tiny bay window. She is happiest by the ocean with a giant fishbowl-glass of Aperol Spritz.
Food Drinks Culture Living Hong Kong
Sign up for our newsletters to have the latest stories delivered straight to your inbox every week.