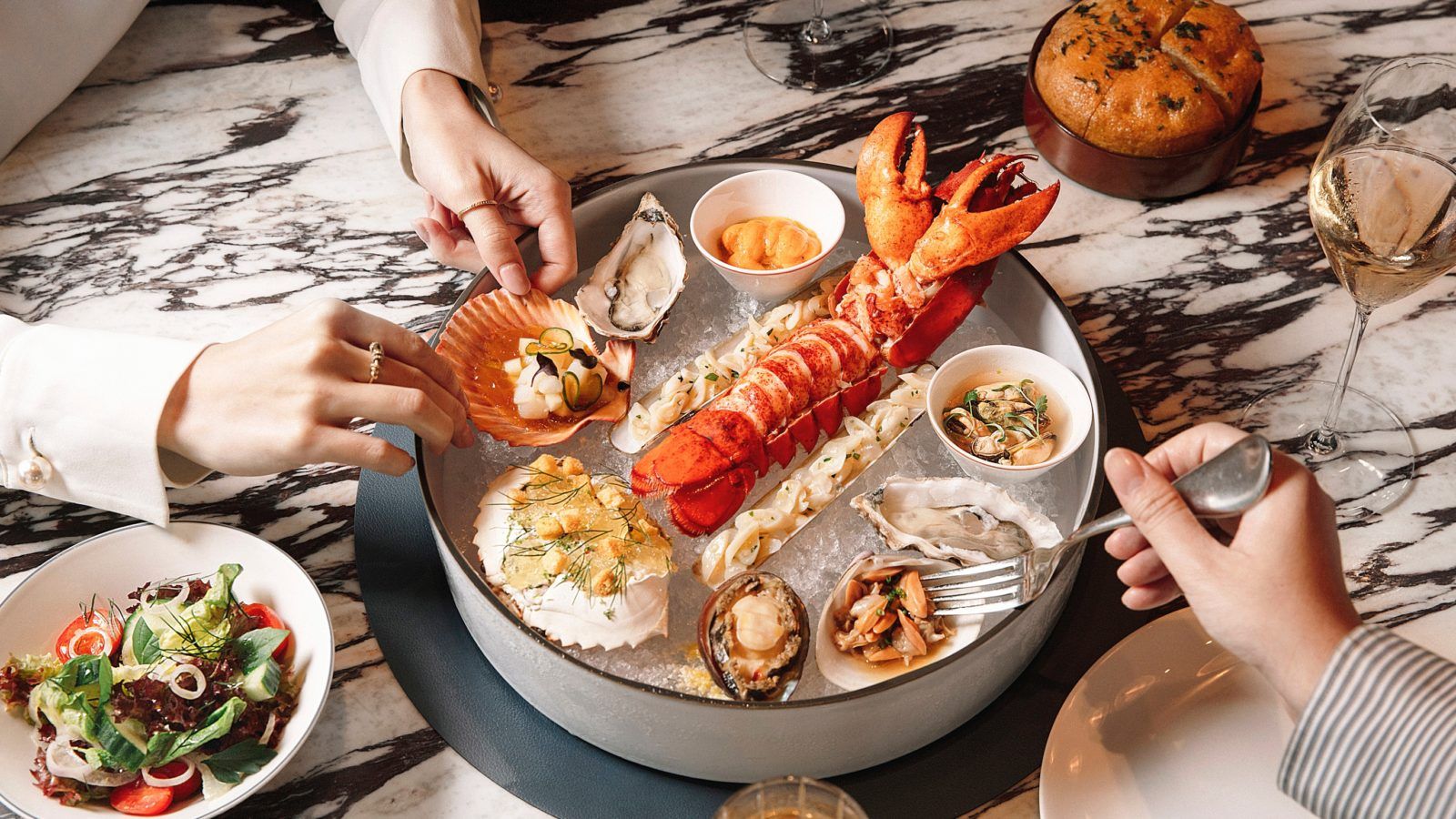 Keep toasting with those Champagne flutes high in the air, this week’s New Eats continues to note celebrations-worthy milestones.

Amidst some considerably nonsensical requirements currently in place, Hong Kong’s F&B industry braves on with extra caution, double checks and admirably, smiles on faces. Fingers crossed, just another couple of days to go. This week notes some well-deserved celebrations for Black Sheep Restaurants and The Arcane Collective, both marking commendable milestones of their own. Elsewhere, news of delicious additions to tried-and-true menus, just-opened venues and an interesting arrival of a one-stop shop for American barbecue staples, all in this dedicated list of where to go for some very good food in the city.

What first began as the humble home of great, honest cooking, kickstarted an impressive portfolio of restaurants for Shane Osborn, who quietly opened Arcane in 2014. Fast-forward a couple years, Osborn is now celebrating the first anniversary for The Arcane Collective, a series of three like-minded restaurants similarly moved by unpretentious, ingredient-first cooking, including Cornerstone on Hollywood Road and Moxie at Landmark’s Alexandra House.

Each venue is helmed by a young chef nurtured by Osborn himself; Arcane by Hong Kong born-and-raised Sebastian Lorenzi, Moxie by ex-chef de cuisine of Arcane, Michael Smith and Neal Ledesma, similarly trained at Arcane. Celebrating the milestone of the group, each has created a limited-edition dish that captures the signature style of their respective restaurants. From Moxie, a Taiwanese water bamboo salad with white asparagus, kohlrabi and jicama in a tahini dressing; Cornerstone, mushroom dumplings in a mushroom and daikon broth with edamame and fresh shaved black truffle; and Arcane, sweetcorn ice cream with coconut semi-freddo and brown butter sable by pastry chef Lyca Ramos.

1st Anniversary dishes are available at respective venues through June and July.

And just like that, Black Sheep Restaurants turns 10 this September. The Hong Kong-born institution, founded by Syed Asim Hussain and Christopher Mark, has become a leading name behind fantastic restaurant concepts with stunning interiors, impeccable hospitality and consistently delicious around-the-world fare. To mark a momentous decade-long run, the group is launching a series of celebratory events that begins this June.

Starting from 13 June, the group will be reviving some well-missed dishes from beloved venues, including Carbone’s Baked Clams and Fukuro’s Yakiniku Beef; while guests dining between 13 to 22 June will receive a complementary anniversary drink. An exciting 10-week-long campaign is scheduled to begin on 27 June, which offers guests the chance to win a free birthday meal at any one of the group’s restaurants each week.

The Black Sheep Summer Festival returns in July, where a series of events will be hosted at various venues from Rock Night at Buenos Aires Polo Club to the Great Rajasthan Rifles Cricket Tournament. And in August, the iconic Black Sheep dining series, which will once again serve a coveted line-up of not-to-be-missed experiences and curated menus of signature dishes.

Dedicated Champagne pairing menus are not a revolutionary concept, but the one at chef Leonard Cheung’s causally fine-dining destination Cultivate, created in collaboration with Maison Mumm, might just be one for the books. Titled “Reserve & Regale”, the exclusive two-day event features an innovative eight course dinner delicately matched to four RSRV Champagnes, some of Maison Mumm’s most prestigious cuvées, and enjoyed alongside live classical music performances.

The menu is a continuation of Cultivate’s exquisite dishes of exceptional ingredients. It includes seared foie gras and langoustine tartare served with a light, mineral 4.5 Cuvée; Barbarie duck paired to chef Cheung’s personal favourite, a full-bodied Blanc de Noirs 2012; Blanc de Blancs 2014 to complement strong aromatics of Tom Yum Gong or Thai Crab Taco; and finally, the buttery Lalau 2008, also known as one of the Maison Mumm Terroir’s finest, to the restaurant’s iconic Bananas and Caviar.

Cultivate’s limited-time menu is available only between 10 to 11 August for 22 guests. Reservations can be made here.

Wyndham Street’s all-American smokehouse, Smoke & Barrel, wants to bring their signature line of authentic Southern barbecue necessities into homes with the launch of dedicated retail platform, Smoke & Deli. A concept born during the depths of the pandemic, Smoke & Deli adapted to enduring restaurant closures and restrictions by supplying a premium line of pre-packaged grocery bits-and-bobs including raw and cooked meats, sauces and spices. Apart of the usual restaurant favourites — homemade pickles and spiced ribs — it has also inspired the creation of various cuts for at-home convenience from dry aged beef burgers and homemade sausages to Californian pork belly steaks. It aptly fills a Texan-sized gap for smoked meat essentials in Hong Kong, and arrives right on time for summer cookouts.

Hong Kong New Eats The Upper House Black Sheep Restaurants where to eat hong kong Smoke & Barrel Salisterra The Arcane Collective cultivate check in taipei
Lorria Sahmet
Editor
After two years writing in luxury retail, Lorria now covers food and drink happenings in Hong Kong. When not taste-testing for the best fries in the city (shoestring, always!), find her cosied up at home skimming through Netflix or nurturing baby plants in her indoor greenhouse. She is happiest by the ocean with a giant fishbowl-glass of Aperol Spritz.
Food Drinks Culture Living Hong Kong
Sign up for our newsletters to have the latest stories delivered straight to your inbox every week.