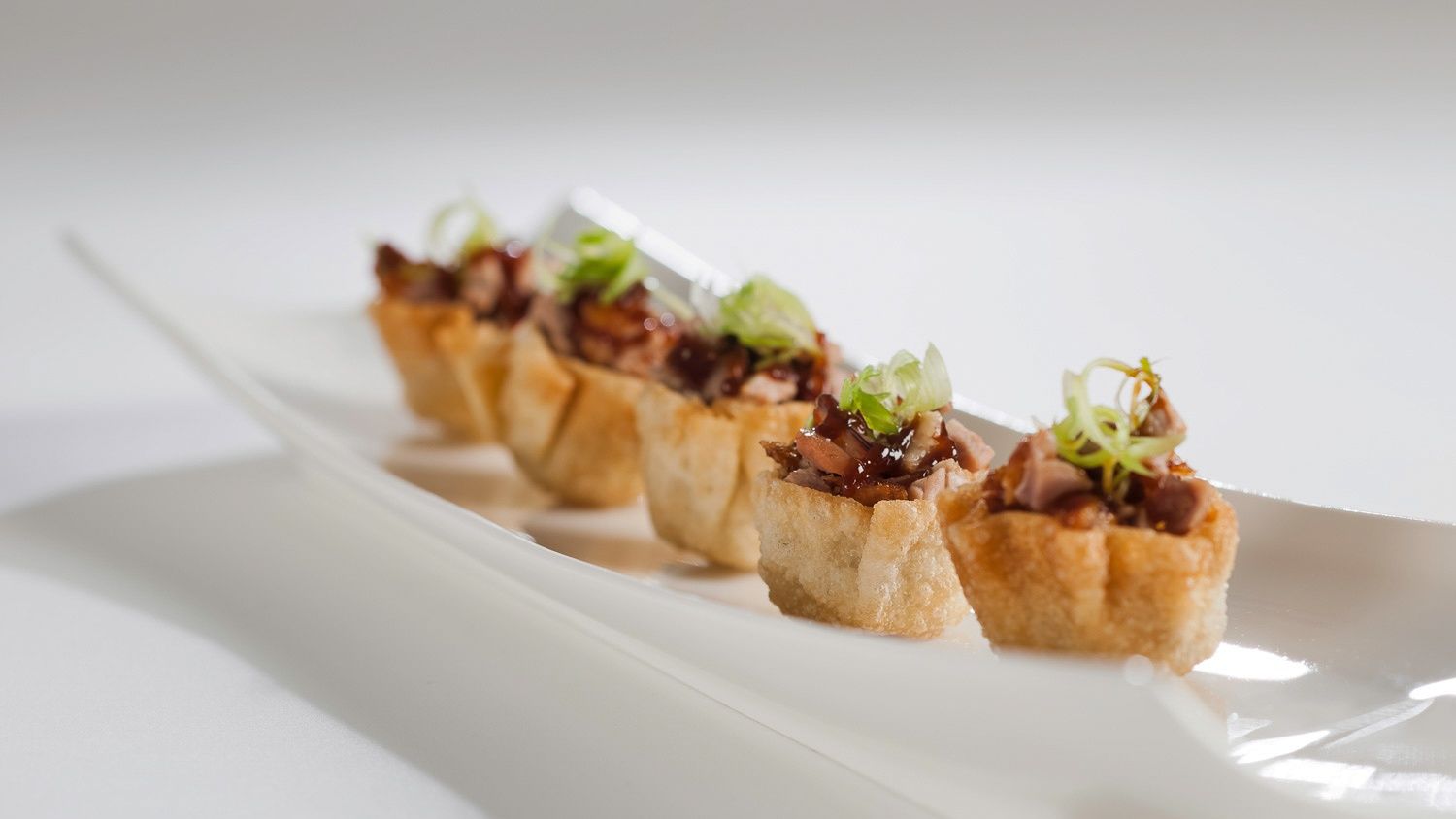 Amongst new faces at familiar old venues, this week’s New Eats is a celebratory list that includes the 70th anniversary of the Queen’s Coronation and 20 years since the arrival of British grab-and-go takeaway, Pret a Manger, in Hong Kong.

Apart from the lift of bar bans (this Thursday! 19 May!) that’s worth plenty of excitement, our spring holiday run is over and it’s back to those average, five-day work weeks. So between prayers for a sunny forecast, help yourself to the latest New Eats, guaranteed to bring some warmth back into these repeated grey days.

Where to Eat This Week in Hong Kong

The city’s beloved British grab-and-go import, Pret a Manger, is celebrating 20 years in Hong Kong. So rather than your usual Peking duck wrap, go for something from their list of limited Hong Kong-inspired specials that have been crafted with love for this momentous milestone. Featuring a siu mei selection as a dedication to the local culinary scene, the menu includes a Char Siu-ndwich and Siu Mei Goose Baguette alongside classic Hong Kong dishes remade into typical Pret offerings, like the Typhoon Prawn Hot Wrap, a deliciously flavourful 10-ingredient serve from chipotle sauce to Grevé cheese and fried garlic. As for sweets, Pret introduces a Birthday Longevity Cake of vanilla sponge and peach jam, shaped in a classic “shou tao bao” typically steamed and served at Chinese banquets, alongside a whole wheat brioche created for breakfast, sandwiched in-between with banana, almond butter and a drizzle of the cha chaan teng-staple, condensed milk. The menu is available until 21 June.

Big celebrations are set in store at British fine foods brand Fortnum & Mason, as well, as the brand turns 315 alongside the Queen’s Platinum Jubilee. Having served 12 British monarchs, the reputed British brand proudly marks the occasion with a special collectable tea set, decorated with a specially customised, two-years-in-the-making motif marked with recognisable icons intrinsic to the Queen, from corgis and swans to the Lilly of Valley Flower, equestrian life as well as mementos of the Queen’s marriage to Prince Philip. The teal-blue crest is featured upon elegant tableware, tea and biscuit tins, wine bottles, hampers and an impressive paper sculpture set up at the storefront’s window.

Up above at the cosy 181 Fortnum & Mason, a special afternoon tea set will be served. The Classic Top Plate is a two-tiered collection of classic British bijou treats, including a swan-shaped puff patisserie, champagne tart, orb-shaped chocolate, brandy snap with Platinum jam, a tea loaf made with the special Platinum Jubilee tea blend, and, of course, scones.

One-Michelin starred Duddell’s is not only a destination for an exceptional artworks, but a stunning stage for the exquisite Cantonese cooking of newly arrived executive chef Yip Kar On as well. With over 27 years of experience, Yip has worked through star-studded kitchens to hone in an expert culinary finesse in traditional Cantonese cooking as well as the ability to source the best seasonal ingredients locally. Under his direction, the restaurant launches a new menu inspired by a range of Chinese regional cuisine, including double-boiled fish maw, deep-fried stuffed crab shell and stir-fried Boston lobster with Maotai, a prestigious baijiu from China. Yip also introduces familiar favourites, the siu mei staple of barbecue pork, made here using the Boston butt of local pork, and the technical crispy glutinous rice chicken, featuring a deboned three-yellow chicken stuffed with glutinous rice, morel mushrooms, conpoy and dried shrimp that’s air-dried, then, doused in hot oil for the iconic crisp, crackly crust.

If you haven’t heard, Shake Shack has recently announced its seventh location in Hong Kong: Tung Chung’s Citygate Outlets. If you’ve been around the area, you’d know of the new Tung Chung Pop Trail Concrete, a delicious frozen creation of vanilla custard blended with salted caramel sauce, peanut butter and Shan Shau Jok peanut brittle with caramel popcorn, and the exclusive new Avocado Bacon Burgers, served in either the classic smashed patties or a deep-fried chicken thigh. For those that haven’t yet made the trek to Lantau, the burgers are now available across the other six Shake Shack locations in the city, and as you get yourself a helping of the generous serves with whole avocado wedges lodged between the potato bun ends, don’t forget to grab yourself a side of the Blackberry Lychee Lemonade, too.

Hong Kong New Eats Duddell's Fortnum & Mason shake shack Pret a Manger chaat feste group
Lorria Sahmet
Editor
After two years writing in luxury retail, Lorria now covers food and drink happenings in Hong Kong. When not taste-testing for the best fries in the city (shoestring, always!), find her cosied up at home skimming through Netflix or nurturing baby plants in her indoor greenhouse. She is happiest by the ocean with a giant fishbowl-glass of Aperol Spritz.
Food Drinks Culture Living Hong Kong
Sign up for our newsletters to have the latest stories delivered straight to your inbox every week.