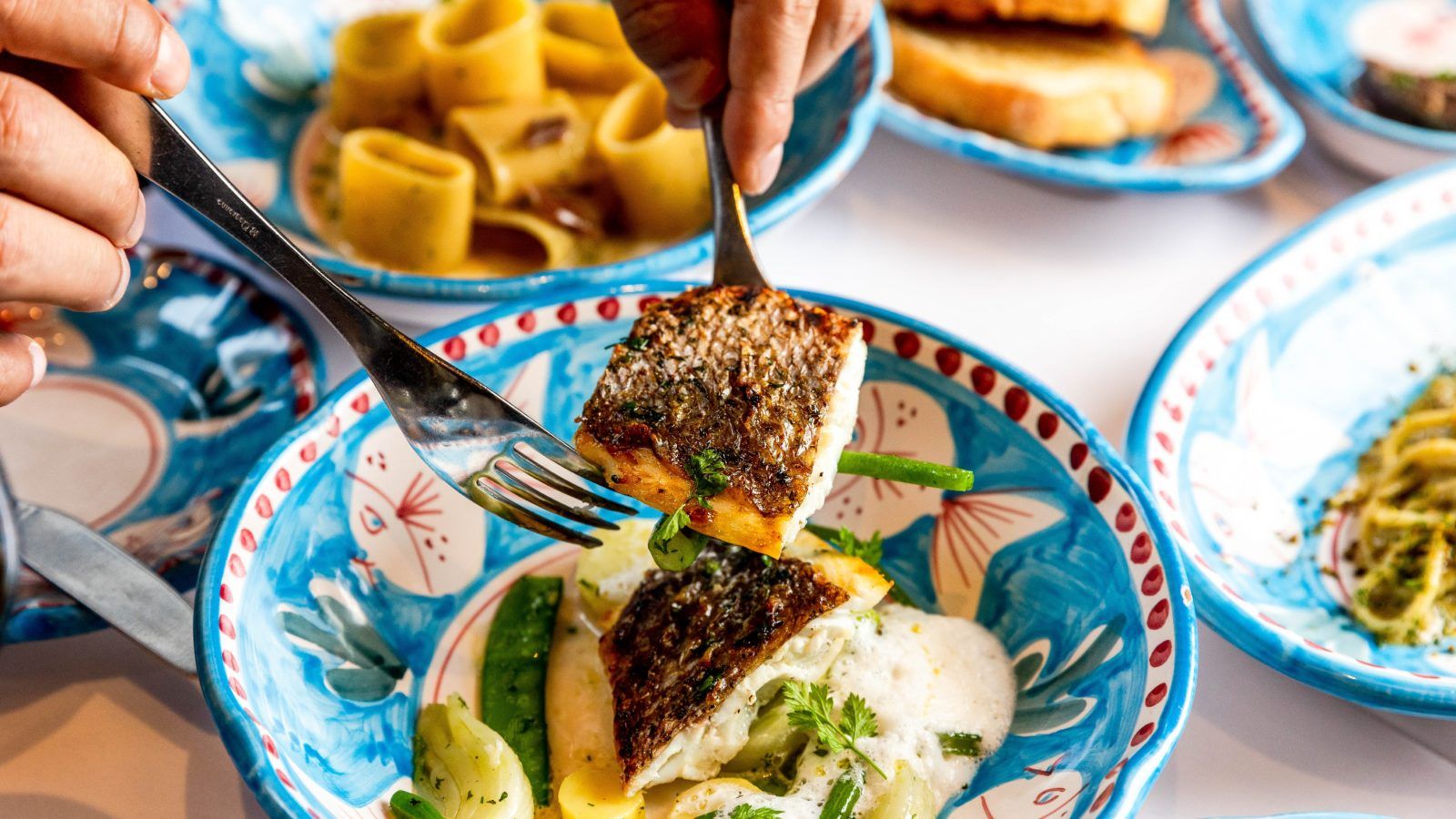 Here comes the sun! And your weekly update of the city’s latest New Eats.

Hooray! It’s a short, four-day working week; three, if you were clever enough to book this Monday off as well. Take advantage of the sunny, 20-degree weather and head outdoors for a picnic. Or a hike up to Hong Kong’s highest peaks, then settle down for a picnic. Just do something in the sun! Or you could be head outdoors for an alfresco lunch. Might this week’s New Eats do the trick? There’s some limited-time pop-up menus you really don’t want to miss. Trust me.

Delicious things feeling familiar at Le Garçon Saigon? The Vietnamese grillhouse has just welcomed the arrival of chef John Nguyen, whom many will have known previously from Xuân or, even earlier on, Chôm Chôm. As an exciting new re-introduction of the Vietnamese-American chef’s modern flavours, the breezy Wan Chai venue is serving “Voyage à Hue”, a menu of three dishes dedicated to the buzzing city of Hue just a little north of Saigon, in the heart of Vietnam.

Voyage à Hue is available from 4 to 10 April from 12 to 6pm. Reservations can be made here.

Weekday lunch hours are looking just a little more interesting with the introduction of new serving sets at Little Bao. The Flying Solo and Happy 2gether, designed for parties of one or two, both come with an optional menu with dishes at your choosing. The former features a starter, main and ice cream bao for dessert, and the latter, a duo selection of bites, savoury baos and sweet ice cream baos, along with a side of the signature Brussels sprouts and truffle fries.

Little Bao has also added some new serves to the menu, including The Chicken Royale, a whole Three Yellow Chicken that’s been brined, then sous vide and served over mashed potatoes with shiitake soy jus and chopped scallions. And the other, a 48-hour chicken rice bowl, featuring a Three Yellow Chicken thigh, marinated in a secret brine for 24 hours. Brushed in a tangy teriyaki glaze after air-dried for another 24 hours, the sweet and sticky chicken is enjoyed with spoonfuls of Japanese koshihikari rice and mini Caesar salad and pork belly bao on the side.

Welcoming another talent into the Black Sheep Restaurants fold is Lebanese canteen Maison Libanaise with chef Teya Mikhael. Beirut-native chef Teya arrives to the city following a previous post at Beirut’s famous The Lebanese Bakery, known for its traditional take on traditional Lebanese bakes with global outposts at London, Bahrain, Riyadh and Cairo. An expert in Lebanese flavours with over six years in experience in Mediterranean cuisine, chef Teya brings her inspiring take on the cuisine — and culture — to the Shelley Street destination in SoHo.

Experience a taster of chef Teya’s cooking at her first takeaway pop-up, Manoushe Libanaise. A spotlight of her personal favourite street food, Manoushe — a traditional flatbread once enjoyed as breakfast but has since evolved as an easy, grab-and-go snack — the crispy-chewy serve is prepared in four varying iterations: Za’atar Manoushe, with a simple trio of cucumber, tomato and mint; Labneh Manoushe featuring homemade labneh; Mozzarella and Chilli Manoushe, topped with Lebanese chilli paste, homemade pickles and mozzarella; and lastly, Lahm Bi Ajeen Manoushe, sprinkled over with a handful of minced beef, onions, chilli paste with tomato and bell peppers.

Manoushe Libanaise is available only via takeaway or delivery from 4 to 14 April. Order here.

The sun-drenched venue of Osteria Marzia at Wan Chai’s The Fleming is almost the spitting image of the sunny Italian coast it references, down to the refreshing new menu of light flavours and sea-fresh catch by Italian-native chef Luca Marinelli. Along the newly introduced six-course pescatarian tasting menu, the restaurant adds new seasonal specials that continues a starring showcase of fresh seafood, including Tartare de Cappesante, of scallops, asparagus, chives, wild fennel, chervil and Sorrento lemon; an octopus-focused Polpo with zucchini cream; Dentice, a red snapper dish with snow peas, asparagus and Ratte potato; and finally, a Campania-style pasta, Paccheri, served with smoked butter, Cantabrian anchovies and sweet garlic.

And if you manage to find yourself kicking back in the cosy booths past 2pm, the restaurant’s menu transforms into a sweet Tris di Dolci afternoon tea that serves an array of southern Italy desserts with sparkling cocktails — Bellinis, to be exact. In case you need inspiration, there’s the classic cannolis and freshly churned gelato, along with Sfogliatella Riccia, a flaky pastry filled with sweet, citrus flavoured ricotta; Baba Al Rum, a boozy rum-soaked yeast cake with limoncello Chantilly; and Pastiera Napoletana, a Neapolitan-style short crust tart with ricotta and orange blossom.

ThinkWine, Central’s stylish wine bar, has been fairly busy as of late. As host to their exciting weekly restaurant takeover series, they have invited over the city’s hotspots — more recently, 11 Westside, AWA AWA and Censu — for a collaborative snack menu that pairs with the wine bar’s expanding collection of 600 bottles. Continuing on its success, ThinkWine now introduces a brand new line-up extending to July, showcasing the same agenda of six exclusive small bites to be enjoyed with the curated wine selection. It features the likes of Middle Eastern fare from Bedu and Francis, elevated comfort food from Interval, along signature favourites from Cantonese-French bistro Roots Eatery, casual Korean gastropub OBP, creative Indian restaurant Pondi and seafood-centric destination Percy’s.

This week at home:

Hong Kong New Eats Little Bao Le Garçon Saigon Maison Libanaise delivery hong kong brut Osteria Marzia thinkwine Delivery and takeaway
Lorria Sahmet
Editor
After two years writing in luxury retail, Lorria now covers food and drink happenings in Hong Kong. When not taste-testing for the best fries in the city (shoestring, always!), find her cosied up at home skimming through Netflix or nurturing baby plants in her indoor greenhouse. She is happiest by the ocean with a giant fishbowl-glass of Aperol Spritz.
Food Drinks Culture Living Hong Kong
Sign up for our newsletters to have the latest stories delivered straight to your inbox every week.