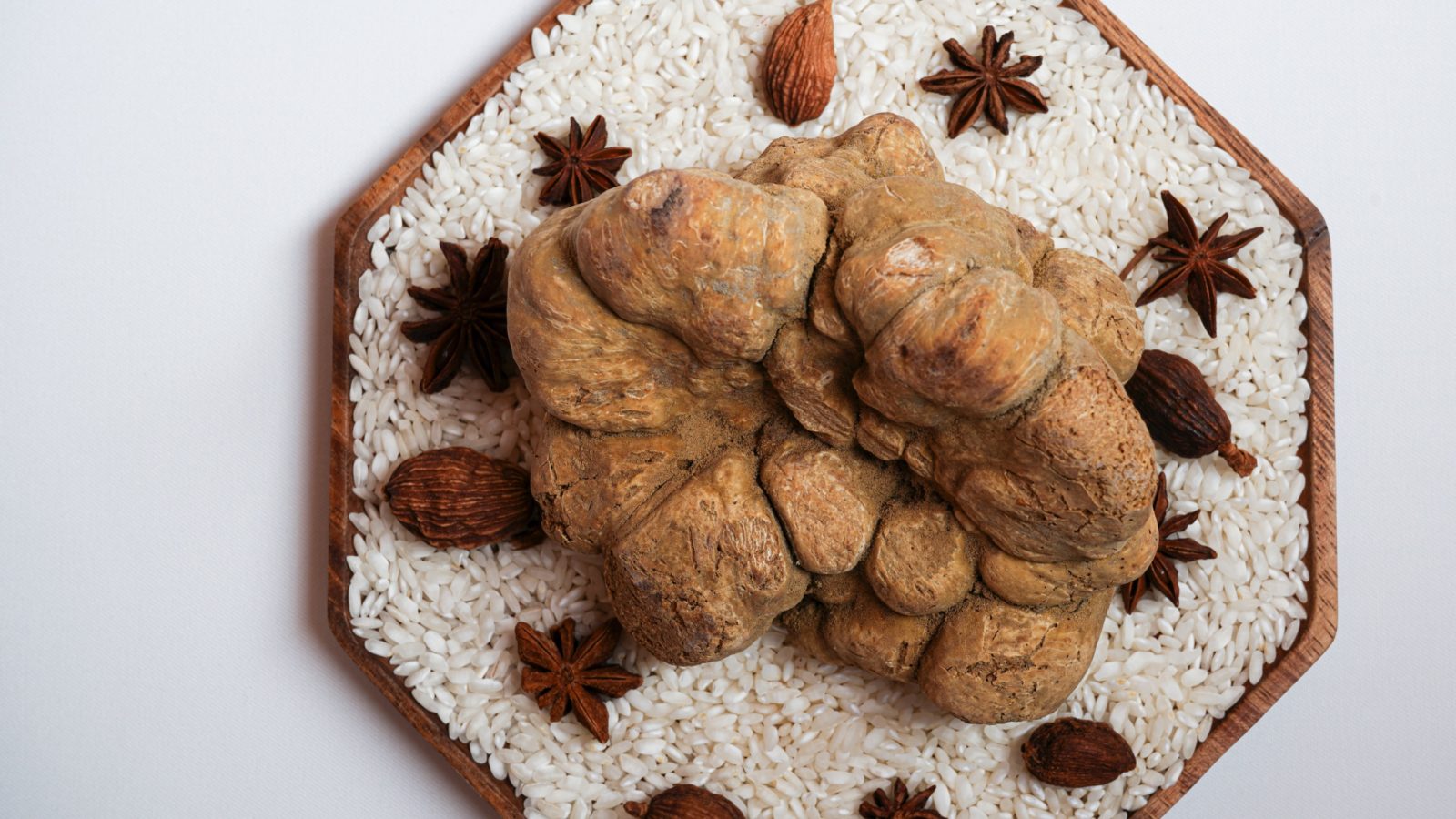 The brisk autumn weather we’re having marks the start of the year’s best seasonal bounty: Think autumn vegetables like pumpkin and sweet potato; all kinds of shellfish fattening up for the winter, and of course, the return of white truffle season. For a taste of this year’s prized white diamonds, look no further than these exquisite menus below…

California Tower’s sky-high temple to sophisticated Italian cuisine is always championing the best ingredients of the season, and white truffle is no exception. Tuck into decadent seasonal specials such as the ‘Tribute to Life’ (HK$688; pictured). It features three kinds of eggs: Livornese eggs from Tuscany, scrambled then gently swirled with potato mousseline, ikura and The Royal Caviar Club Baeri caviar to add pops of briney texture. It’s then topped with a generous heap of Alba white truffle for that distinct musky perfume — and a wafer-thin tuile dentelle for a light crisp to each bite. Who needs dessert when you have this luxurious dish — served like a rich man’s parfait?

From appetiser to mains, each course is designed to complement the earthy, complex flavour of white truffle perfectly. The Uovo di Montagne is a must-have — featuring an organic Dolomite egg white meringue, steam-cooked at 90 degrees celsius and served with its raw egg yolk. The Brodo ‘Au Plin’ winter cabbage broth offers a traditional taste of the region with Wagyu-stuffed agnolotti pasta, Grana Padano and Piedmontese hazelnuts. The star of the show comes in the Tagliarin al Tartufo Bianco d’Alba, with homemade tagliolini tossed with organic mountain butter sauce — all the better to envelop the flavours of fresh white truffle.

Other highlights include Japanese tuna with fennel seeds, mustard and beetroot ‘bottarga’;  Brittany blue lobster with smoked potato cream, terrine-style Fassona beef with a fontina cheese gratin, as well as a dessert selection of autumnal Piedmont cheeses, or the Gianduiotto, a traditional dessert featuring glazed chestnuts marinated with Barolo grappa.

Want a taste of Italy’s most prized culinary export without all the fuss and limitations? DiVino Group restaurants are offering a ‘No Menu, No Limitations, No Rules’ approach to white truffle season, where guests can decide exactly how they want their truffled dishes to be served. At East Tsim Sha Tsui’s Spasso, try them topped off on a porcini-crusted Australian filet mignon paired with celery root cream and shaved curls of foie gras. At Wan Chai’s DiVino Patio, try it at its purest — atop homemade egg tagliolini and brown butter. At Central’s DiVino, savour white truffle’s beloved garlicky pungency with a Black Tide striploin served with ‘Tagliata’ cream of Gorgonzola, beetroot fondue and arugula.

Pirata Group’s modern Japanese gets a seasonal revamp with the new ‘The Dreamer’ 10-course tasting menu, which oscillates between the new and familiar, as well as Japan’s bounty from the land and sea. From boneless chicken wings glazed with Okinawa black sugar to tangy marinated yellowtail with ikura roe and petals of watermelon radish; chef’s selection of sashimi and sushi against Australian striploin with truffle yuzu ponzu, fermented mushroom puree and mountain yam — the new menu is designed around subtle, colourful surprises without treading too far from Honjo’s philosophy grounded on Japanese craft and precise cooking. Priced at a fair HK$680 per person, you’ll want to kick it up a notch with a dedicated sake and wine pairing at an additional HK$380.

A long-time favourite for dry-aged burgers, The Butcher’s Club is spicing things up with not just one but 15 new additions to its menu. To start, two fiery additions come in the form of The Hot Mess (HK$80), featuring dry-aged beef topped with a stack of hot and spicy ingredients such as serrano and jalapeño peppers, chipotle mayo and honey bourbon chilli sauce, as well as cheddar cheese to tie it altogether. The Korean (HK$80) adds the pungent spicy kick of kimchi and garlic mayo to a dry-aged beef patty, topped with an oozy sunny side up and cheddar cheese. A whole slew of vegetarian-friendly Impossible burgers are also now available — including the plant-based rendition of the burger joint’s popular Double Happiness (HK$180; pictured), which features double patties with double vegan cheese — served with pickled beetroot crisps.