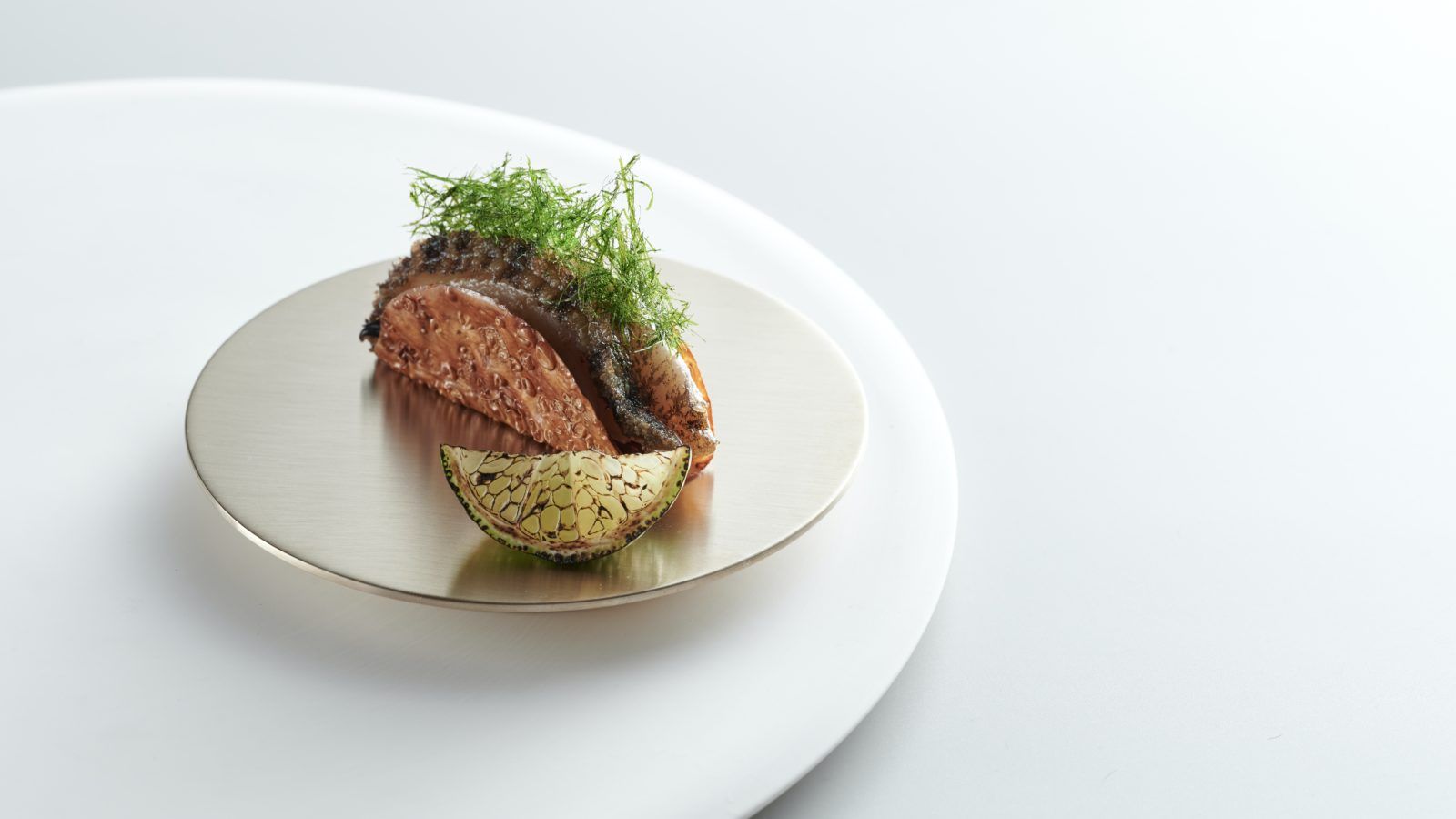 Where to eat in Hong Kong this April 2022

21 April. The long-awaited day that the pesky dinner ban finally lifts. And when it does, we’ll be seeing you at these new April openings.

In a typical April of a normal calendar year, the month is marked by pastel-dipped Easter celebrations of egg hunts, chocolate bunnies and indulgent Sunday brunches — the arrival of spring!

But for 2022, April — there’s still the long Easter weekend! — is a month indicative of a life finally returning back to (somewhat) normal, with dinner service set to begin again extending till 10pm, tables seated with more than just two and the anticipated return of many beloved restaurants that were unfortunately forced to close. While we wave a sad goodbye to some favourites — Red Lobster and Duck and Waffle — we’re also welcoming some exciting newcomers. Get planning those social calendars. Things are gonna get busy.

All the new openings in Hong Kong this month:

You might also like…
Food & Drink
New Eats: Simon Rogan at Home x Estro meal kits, Percy’s free-flow brunch and more
Food & Drink
Hooked on a Filling: Where to find the best dumplings in Hong Kong

After a couple months since opening, it was only a matter of time before queues began snaking around West Kowloon’s stylish new museum, M+, once again. Not just for the exhibits though, but for the creative new F&B concepts housed within. One would be Mosu Hong Kong, the second venue of chef Sung Ahn’s two Michelin star restaurant dedicated to modern Korean fare, Mosu Seoul.

The Hong Kong outpost continues chef Sung’s vision, carried forward by head chef Shim Jung Tack. The minimalistic 60-seater serves a tasting-only menu — of small bites, five savoury courses and Korean-inspired sweets — that reminisce on a palate from chef Sung’s childhood recreated through rustic Korean ingredients and techniques, while presented in stunning photogenic plates. Signatures here include the Abalone Tart, with a char-grilled abalone sourced from Wando Island set within a “taco” shell made of yuba and shiso leaf; “Black Sesame”, a Xiao Long Bao dumpling-shaped toasted black sesame and seaweed water tofu filled with creamy Hokkaido sea urchin; and “Acorn”, a noodle dish made with Mount Jiri acorns, tossed in butter and Parmesan. For dessert, keep an eye out for the Lemon Rice Cake, made with unfiltered Makgeolli rice wine “gimcone” set in a lemon peel.

As we sadly bid adieu to CUT Sando Sound Bar, its Lyndhurst Terrace location is already undergoing renovations for a new Twins Kitchen concept: Vivant, described by founder Joshua and Caleb Ng to be a “modern European bistronomy”, with a seemingly lead focus on French techniques. It’s credited to the arrival of Jeston Chua, previously of Belon and Bâtard, who has been tasked to lead the opening of the intimate-20 seater space with bistro-style fare that embraces creative concepts and seasonal produce.

The name “Vivant” alludes to the French definitions of “alive” and “lively”, which is instilled in each of the French bistro-style dishes served upon the prix-fixes set menu as well as the eclectic beverage selection of craft beers, ciders and natural wines. “In the wine world, “vin vivant” is a French expression that describes natural wines.” Caleb explains. A taster of what’s to come when the much-anticipated doors of Vivant open at the end of April: Fondant Potato and Smoked Pepper Daish, Braised Beef Short Ribs “au Poivre” and Threadfin Fish with Piperade.

If you reside anywhere near Central’s Hollywood Road, this will come as old news. But the bakery dipped in royal blue, Frenchies, is now officially open. Categorising itself as a viennoiserie — which, for those unaware, refer to baked goods that are made with yeast-leavened dough — Frenchies serve a full roster of fresh bakes from classic croissants to wholewheat sourdough, along with special creations like the Dragon’s Back, a French pastry rolled with sweet almond paste and orange, and the Espresso Cinnamon Roll.

As you can guess, Frenchies is named after the French pastry and baked goods it serves, as well as a term of endearment for the French expatriates in Hong Kong. One of whom includes Frenchies founder Matthieu Maury, who arrived in the city in 2013 and begun kneading dough at Fineprint, Eric Kayser and his other venture, La Station. Along with fresh-baked viennoiserie bakes that roll out at 7am daily on the dot, the cafe is also a known destination for a honest brew with local-roasted beans.

It’s a classic French casual, fine-dining experience with Staunton Street’s latest newcomer, Bar Bleu. First and foremost an oyster and Champagne bar, they serve a signature menu of — you guessed it! — oysters and Champagne. Among the exquisite oyster selection is the No. 2 Fine Claire oysters known for its fresh sweetness directly imported from France and served with a delicate garnish of diced cucumber, watermelon granita and a drizzle of cucumber vinaigrette. While you shuck these juicy gems, don’t miss out on the extensive Champagne selection, too.

With the weather warming up, you’ll find yourself coming to the cosy nook to cool off with fresh oysters and fine bubbly, but you’ll stay — and plan your next return — for the refined, seafood-centric, French-inspired fare prepared by VEA alum, chef Kakei Wong. Currently on the menu: grilled octopus served with Nduja and ratte potato, crab soufflé omelette with herring caviar, black cod with cauliflower in a beurre blanc sauce and Carabinero XL risotto.

Yet another venue set to join the Central fine-dining directory: A Lux, named after the standardised measurement of light from “illuminance”, serves a menu of classic French-Italian flavours that are highlighted by fresh seasonal produce. Making a conscious effort to turn the spotlight back onto traditional flavours which are often overlooked for the new and the innovative, A Lux currently serves a fixed set menus of either four- or six-course. It’s chosen location on the historic Duddell Street is a testament to their appreciation for tradition, as well.

Leading the kitchen is chef Wai Chung Kwan, who honed his craft at fine-dining venues and Michelin-starred establishments across France. He shares his passion in preparing French and Italian staples within the menu’s simple, classic creations, that includes Fettuccine with Carabineros Prawn, Beef Cheek Risotto with Onion Chutney, Cod Fillet with Bouillabaisse and Quail, Mushroom and Foie Gras.

Nestled in the midst of the dense Tin Hau neighbourhood, Mustard Bar & Grill is a self-described steakhouse focused on serving classic steakhouse comforts and fresh seasonal produce — think, perfectly seared Tomahawk and an extensive range of cuts, steak tartare, crab cakes and lobster bisque. Not to mention a proud wine and beverage list to match. Dressed in dimly lit interiors that matches perfectly to Mustard’s rustic steakhouse persona, a step away are two pet-friendly outdoor terraces shaded by leafy palms. Come for a light weekend brunch or cheeky afternoon tipple, or, continue your meal in the sun after you gotten down and dirty working your way through those thick-cut slabs.

New Restaurants where to eat in hong kong shake shack vivant Mosu Frenchies a lux Bar Bleu Mustard's Bar & Grill
Lorria Sahmet
Editor
After two years writing in luxury retail, Lorria now covers food and drink happenings in Hong Kong. When not taste-testing for the best fries in the city (shoestring, always!), find her cosied up at home skimming through Netflix or nurturing baby plants in her indoor greenhouse. She is happiest by the ocean with a giant fishbowl-glass of Aperol Spritz.
Food Drinks Culture Living Hong Kong
Sign up for our newsletters to have the latest stories delivered straight to your inbox every week.