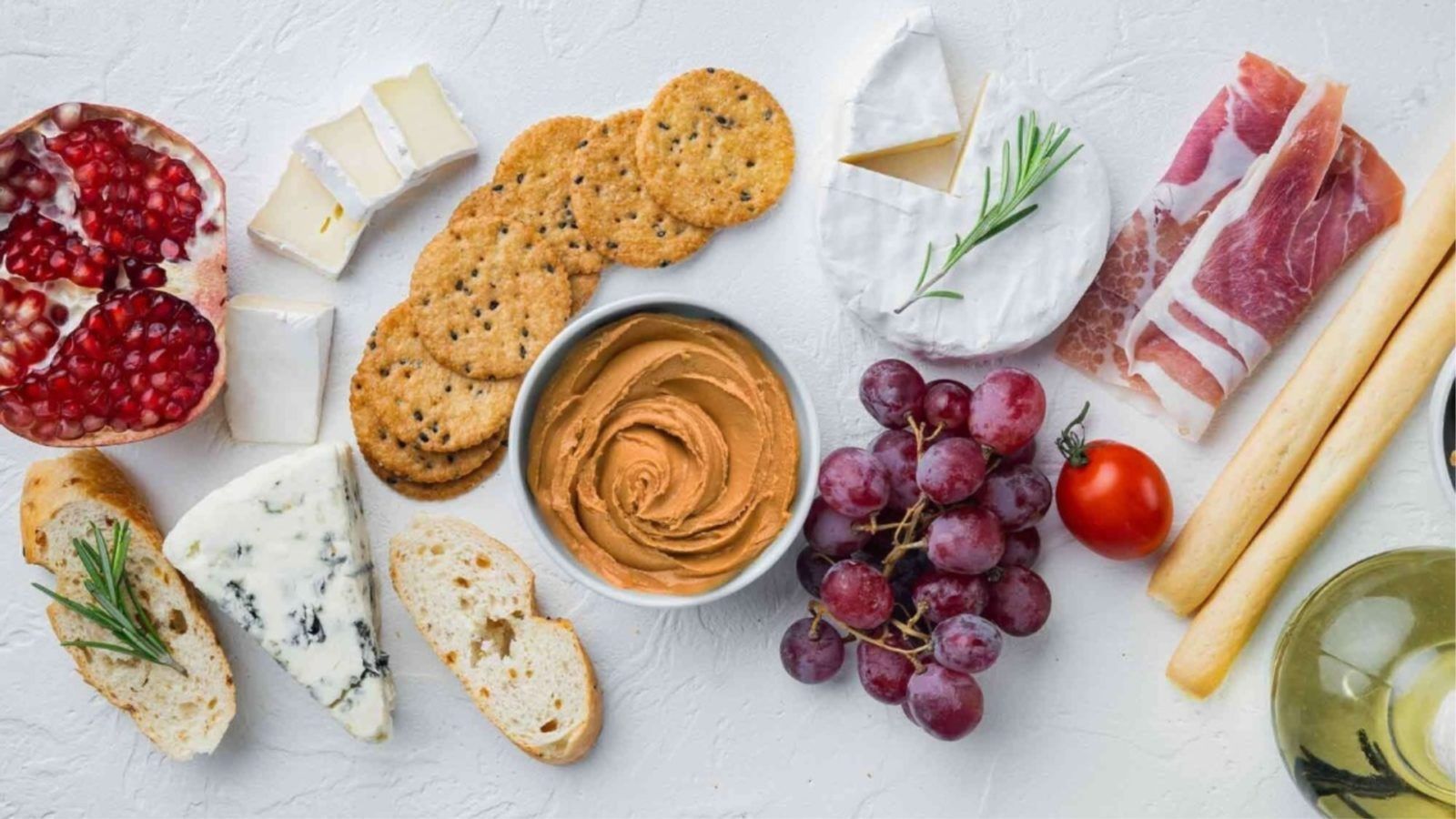 There is no doubt that the charcuterie board still reigns supreme, whether it’s for a gathering of friends or Friday night’s dinner. The assortment of cheeses and meats is seemingly always accompanied by a delicious rotation of accoutrements—fig jam, quince paste, honey, dried fruit, and olives, to name a few. You may well be overlooking a condiment that will add a lot more flavour and a bit more fun to your cheese plate. A condiment that you probably already have in the cupboard—nut butter.

“Using nut butters instead of nuts makes a tasty textural presentation: crispy crackers schmeared with creamy nut butter, topped with a slice of cheese and some fresh fruit and you’ve got a party in your mouth,” says Marcella Wright, American Cheese Society Certified Cheese Professional, who is also known as Marcella The Cheesemonger. “The easiest butters to incorporate into a board would be pecan, almond or walnut, as these are the most common nuts found on boards. Consider pistachio, cashew and hazelnuts to bring new flavour profiles to your board,” she says.

Just like selecting your condiments, picking which nut butters to use starts at the very beginning of building a board. Vice president of speciality cheese retailer and importer Di Bruno Brothers, Emilio Mignucci says that he picks an odd number of cheeses—three to five—as odd numbers tend to make the biggest visual impact. If adding meats, he chooses one fewer meat than cheese. He plates them, left to right, mildest to strongest, building vignettes of complementary flavours around each. When adding nut butters, he says the best practice is to keep it simple with the cracker selection and to use dried fruit instead of fresh. (Note: Dried fruit works better with wine, as the flavours don’t contrast as much).

But, when it comes to deciding which type—or types if you’re feeling adventurous—of nut butters to add to the cheese board, how can you settle on the right ones?

John Montez of Murray’s Cheese notes that using your own palate is a great way to start building out complementary flavours, especially when it comes to aged cheeses, which can already have flavour notes of nuts. “One way you can start pairing is to think of a note that you taste in the cheese that you’d like to highlight. Then, pick a product that also has that note. Pairing like with like is one of a few pairing principles, but it works great for cheese and nut butters,” he says.

As for the nut butters themselves, building out the texture is the name of the game. Mignucci suggests starting with creamy butters and then move into the crunchy butters, keeping in mind the texture of the cheese as well.

Peanut butter is a staple, and almond butter may be all the rage, but there are such a wide variety of nut butters out there now, the pairing possibilities are complex. Hazelnut butter, pecan butter, cashew butter, and walnut butter have joined the ranks. There are also several spiced nut butters and even chocolate ones, too. The great news? Whatever your preferred taste, there is a nut butter and cheese combination that works.

Mignucci says he likes to pair almond butter with a sheep’s milk cheese, like a Manchego or medium-aged pecorino. Alpine cheeses work well with cashew butters, he adds. Walnut butter has the most complex flavour, with slight bitterness and pithiness—a flavour profile he says works best with a fresh goat’s cheese. “It’s not for everyone, but I like those strong notes together, battling for my palate,” he explains.

Montez says some of his favourite pairings include Parmigiano Reggiano with cashew butter and honey, as well as Cabot clothbound cheddar with peanut butter and Vermont maple syrup. His all-time favourite pairing is Mimolette with Pistacchiosa. “This is a real staff favourite at Murray’s Cheese. Mimolette is a bit like an aged gouda but with less sweetness. The fattiness of the Pistacchiosa — basically a pistachio Nutella—balances the crumbly dry texture of the Mimolette perfectly,” he says.

While nut butters do work perfectly with a variety of cheeses, Mignucci warns against pairing them with strong blue-style and wash-rind cheeses. The flavours don’t usually complement each other, unless it’s a very mild, fatty blue, and it won’t leave you with a pleasurable experience.

Yes, we know that cheese is the star of the show here, but in order to round out the flavour experience, you should also be aware of how your other board basics will get along. Jaime Foster, founder and CEO of nut butter brand Georgia Grinders, says the following pairings make for the best bites:

nut butter Charcuterie Cheese board
Martha Stewart Editors
Dining
Sign up for our newsletters to have the latest stories delivered straight to your inbox every week.