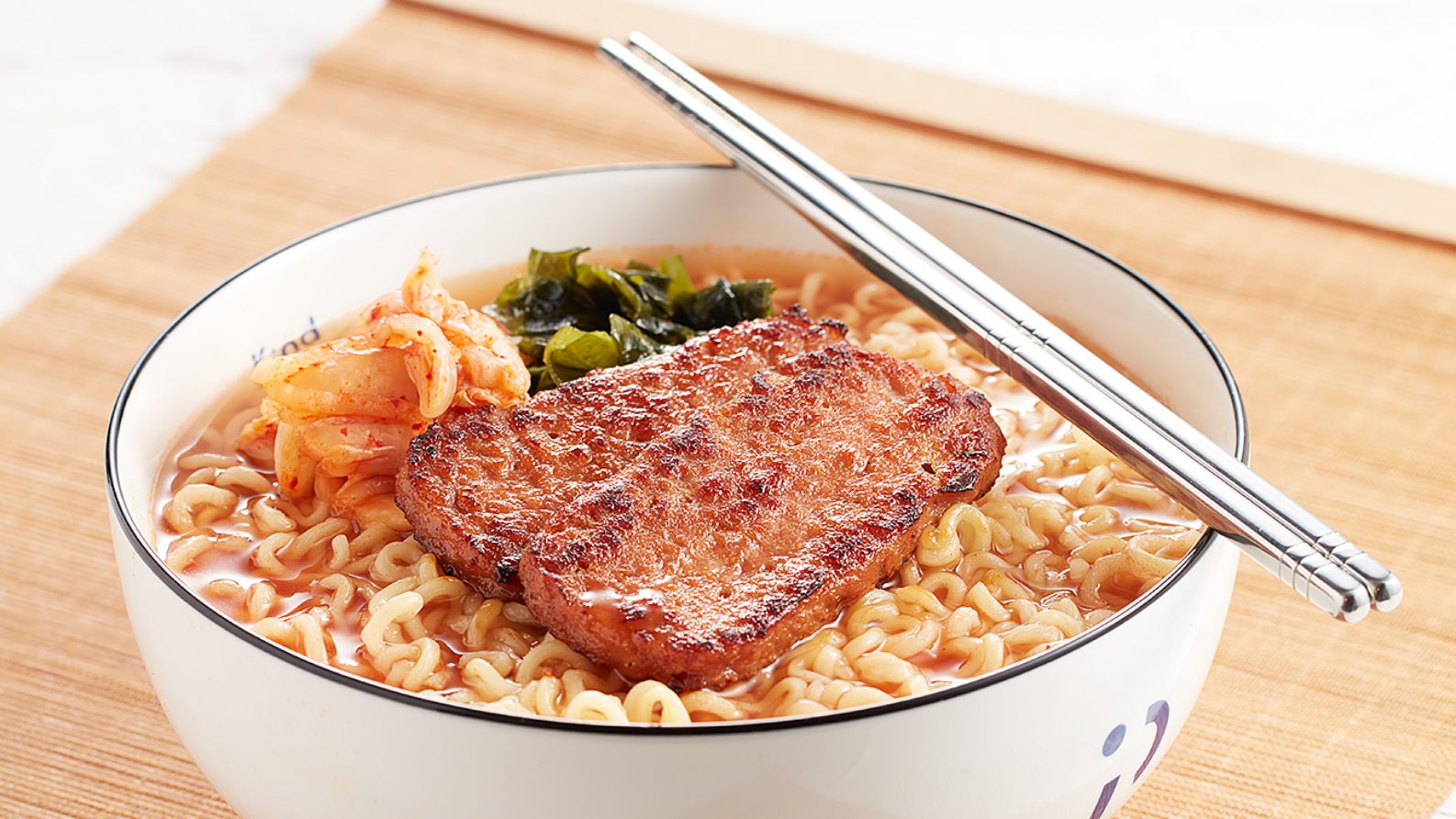 In the ever-advancing world of plant-based meats, OmniFoods is taking it one step further by creating the world’s first luncheon meat and pork strips made entirely from plants.

Launching its hero product OmniPork in April 2018, OmniFoods wowed the market with its unique blend of plant-based proteins and striking resemblance to traditional pork in taste, texture and appearance — lending excellently to pork-heavy Cantonese recipes from meatballs and patties to dim sum.

Similar to other brands like Impossible Foods and Beyond Meat, OmniPork was only available in ‘ground-meat’ form, particularly suitable for flexitarians and vegans looking to recreate ‘pork-based’ dishes.

At a press conference on Monday, the company unveiled two new products that would change the game: the OmniPork Strip and OmniPork Luncheon, both of which aim to provide an environmentally friendly and nutritionally superior option to their pork-based counterparts.

OmniPork Luncheon, the world’s first vegan luncheon meat, was created out of health concerns for the Asian market.

Statistics have shown that luncheon meat is so popular in Asia that industry forecasts expect annual sales to exceed 400 million cans in the Asia Pacific region this year. This comes at a shocking number, especially since WHO classified processed meat such as luncheon meat as a Class 1 carcinogen, and consuming even one slice per day increases cancer risk by about 18 percent.Enter OmniPork Luncheon, a kinder option made mainly from soy, wheat, beet and coconut oil — and none of the carcinogenic nitrates traditionally found in luncheon meat. It’s also cholesterol-free. When compared to traditional canned pork meat, OmniPork Luncheon is 49 percent less in fat, 40 percent less in calories, and 62 percent less in sodium content. It is also cruelty-free, non-GMO and contains no added hormones, antibiotics or MSG.

Apart from ground pork, pork strips are also a common ingredient in Asian cuisines. To cater to the market, OmniFoods will also be debuting a plant-based alternative: the OmniPork Strip.

OmniPork Strip is created mainly out of soy, wheat, beet and sunflower oil, making it a protein-rich alternative to regular pork shoulder. The plant-based alternative supplies 18.6g of protein per 100g serving, whilst regular pork offers 23g of protein per 100g on average. The formula is cruelty-free, non-GMO and contains no added hormones as well.

Considering the CoViD-19 pandemic exploded just months after an outbreak of the African Swine Fever, it might be a good time to try a new alternative pork product. Or two. 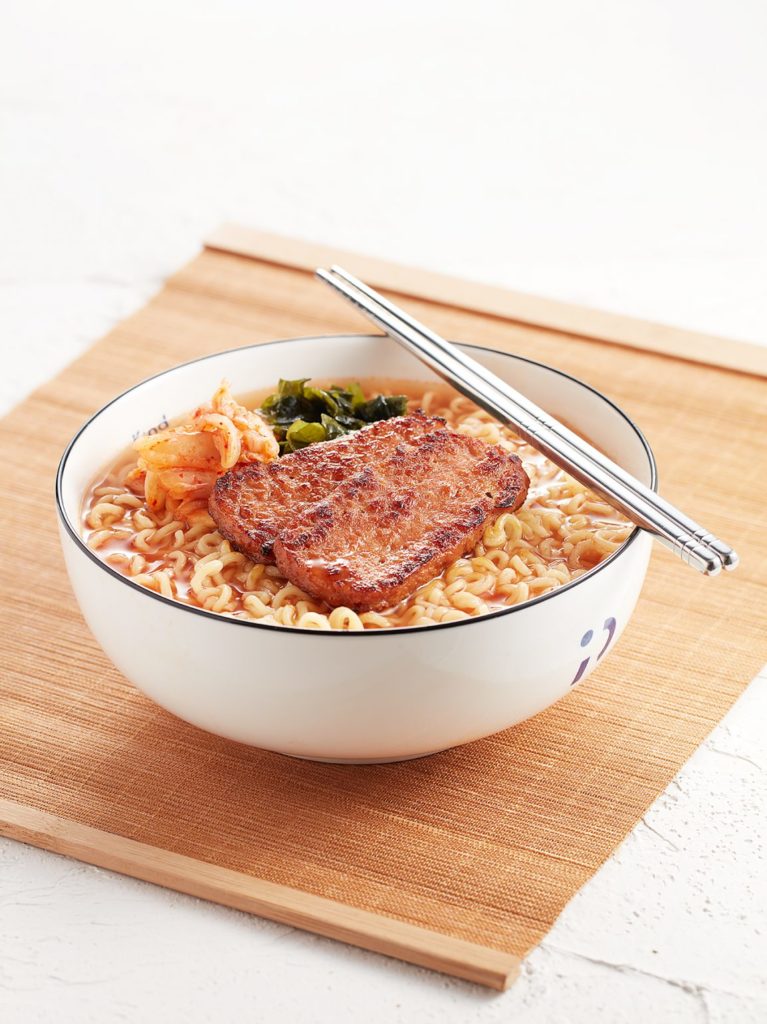 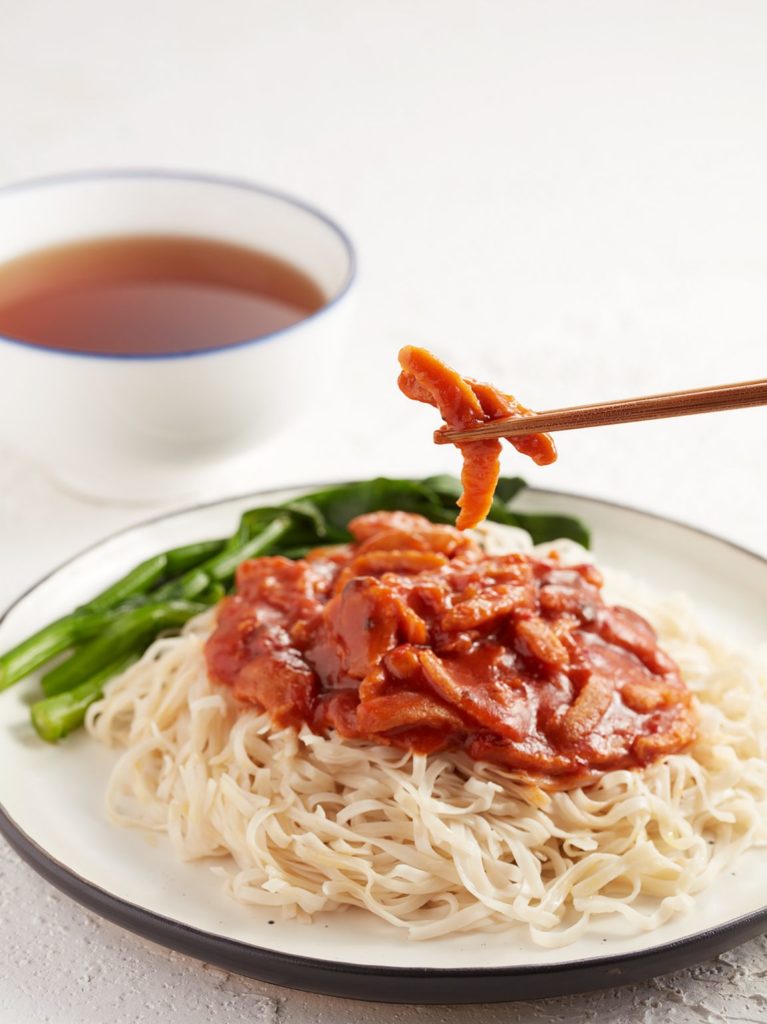 OmniPork Luncheon and OmniPork Strip will be available for retail starting July 2020. This article was first published on Lifestyle Asia Singapore.

Plant-based meats plant-based diet omnipork meat alternatives OmniPork Luncheon OmniPork Strips
Lifestyle Asia
Here's where you can read the latest news and stories from Lifestyle Asia and our sister titles PrestigeOnline and Augustman, curated from all of our editions in Hong Kong, Singapore, Kuala Lumpur, Bangkok and India.
Luxury