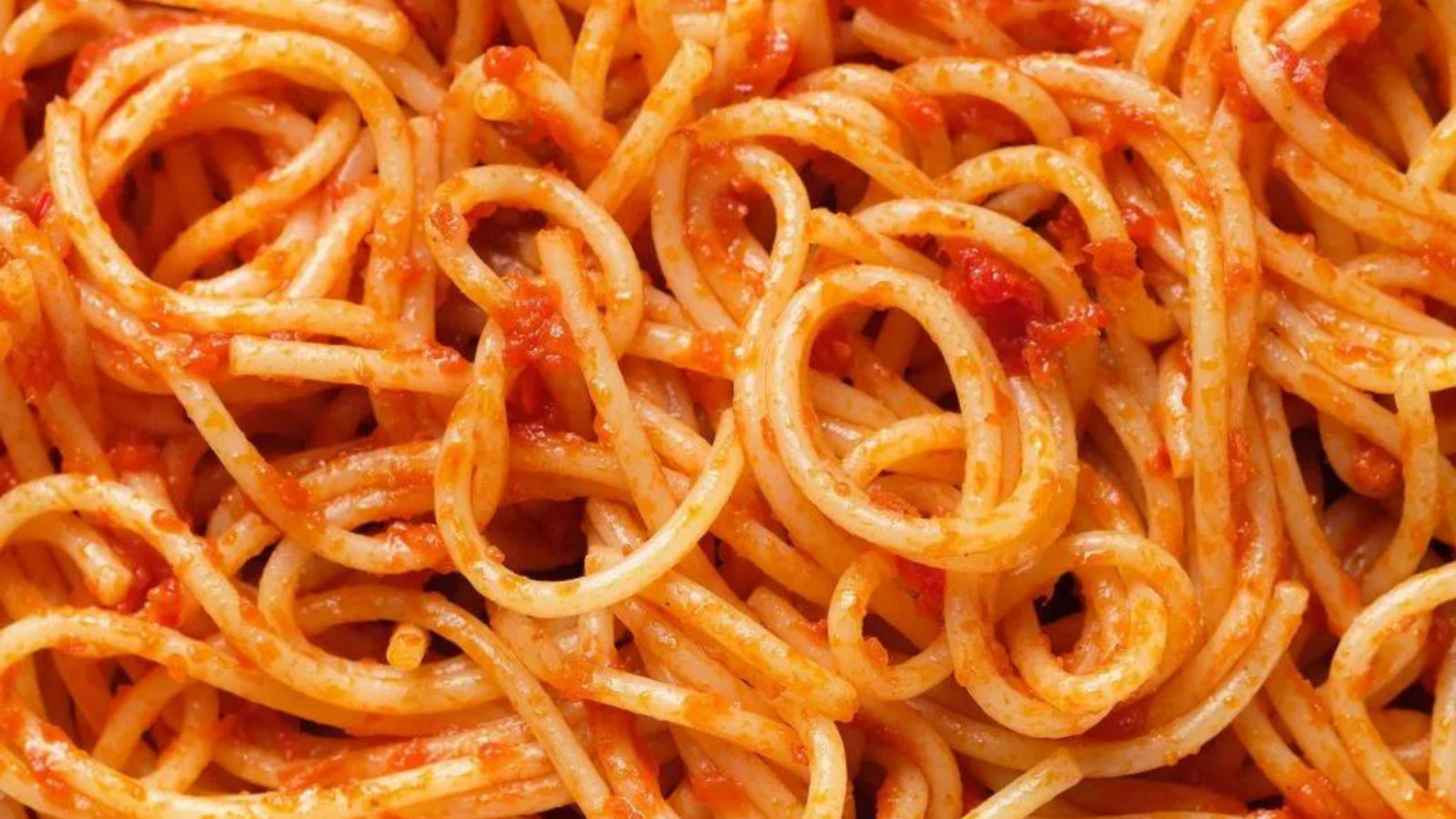 If you finish a bowl of pasta at Tokyo’s newly opened E Vino Spaghetti restaurant and want to say thank you to the chef, don’t bother: all eight of its noodle dishes are being prepared by an automated robot. The AI-powered chef, which was co-developed by Japanese cafe operator Pronto Corporation and robotics firm TechMagic, can not only boil water and cook pasta, but it can also clean up after itself.

Robot chef in the kitchen of E Vino Spaghetti restaurant

P-Robo, as it’s called, is equipped with four pans, so it can cook and prepare its pasta dishes in rapid-fire intervals. It starts with frozen pasta, defrosts each portion in 10 seconds, and heats the dish while sauces are added during the cooking process. The first meal is ready to serve in 75 seconds, and each subsequent serving can be ready to go in 45 seconds. When P-Robo — the P stands for Pronto — is going full-steam, it can cook around 90 meals an hour.

“The cooking robot is a fusion of hardware and software. The point is to reproduce the taste of a skilled chef,” TechMagic CEO Yuji Shiraki said, according to Impress Watch. “In the realm of self-driving cars, countries like the United States and China lead the industry, but in the world of cooking robots, Japan can compete by combining its manufacturing and food culture.”

The robot has been in development for four years and the one tirelessly working in E Vino Spaghetti’s kitchen is a fourth-gen release. Although Japan Today reports that it was created, in part, to solve “human resource development issues” in the food industry, the restaurant isn’t completely automated.

P-Robo’s human colleagues still have to plate the pasta, add any garnishes, and carry it out to the customer. There are also other menu items — like salads — that still have to be assembled the old-fashioned way, by human hands. (There were some minor tech issues when Business Insider Japan attended a tasting party; Pronto has since clarified to the outlet that “maintenance personnel will be stationed [in the restaurant] for the time being” in case the robot chef malfunctions again.)

Pronto says that they would like to put P-Robos in as many as 50 restaurants in the next five years, and they’d like to supply P-Robos to other restaurant chains as well. That tracks with TechMagic’s overall approach to using its robots to solve restaurant-related problems.

“Restaurants typically see 60-70 percent of their expenses associated with labour and ingredients. With soaring labour and food costs, restaurants struggling with low-profit margins are more likely to shut down,” the company writes on its website. “While food waste is a factor in the cost of food, there is a limit to how much sheer human effort can do to solve this issue. At TechMagic, we take these issues into consideration as we devise solutions.”

Whether P-Robo is a real kitchen solution, a job killer, or just a sleek-looking novelty is yet to be determined. But don’t be surprised if someday a waiter tells you the kitchen is a little backed up due to a software update.

Pasta Robot Restaurant tokyo restaurants
Jelisa Castrodale
Robot Restaurant
Sign up for our newsletters to have the latest stories delivered straight to your inbox every week.