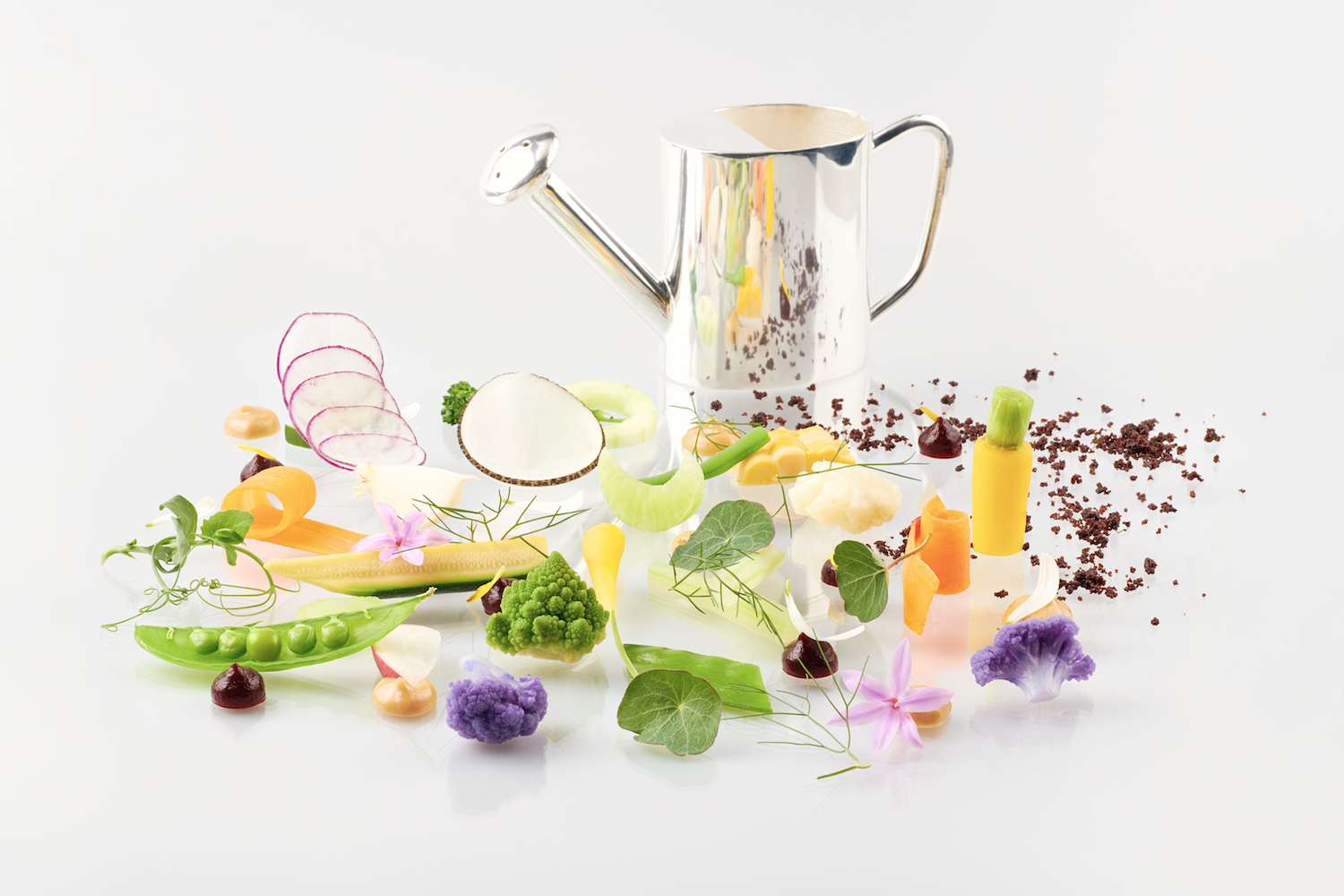 There are more high-profile guest chef collaborations to look forward to in coming months as Roganic has just announced they’ll be bringing over one of Asia’s 50 Best Restaurants in the first-ever collaboration for Simon Rogan’s Hong Kong flagship. From 4–5 September, gourmands can look forward to an exclusive 10-course collaborative menu between the renowned British chef and the chef behind Jaan by Kirk Westaway, one of the Michelin-starred darlings of Singapore’s food scene. Known for its artistic and farm-fresh cuisine (hence the garden-inspired plating seen above), the 40-seat modern British restaurant has become one of the most sought-after reservations in Singapore, nabbing the No. 32 spot on Asia’s 50 Best Restaurants 2019.

This isn’t the first time that chefs Rogan and Westaway have joined forces: a few years back, they presented a four-hands dinner in Singapore, showcasing their shared culinary ethos for experimental food rooted in freshly-foraged produce and British recipes. In their second collaboration, the two culinary stars will curate 10 courses displaying each chefs’ distinctive cooking style, using premium ingredients flown in from the UK and around the world.

Those who have had the pleasure of dining at Roganic will no doubt already have their favourite signature dishes; in this exclusive collab, chef Rogan unveils new delights such as stuffed hen of the woods with kohlrabi; Japanese black cod with bio-dynamic cauliflower, buttermilk and smoked pike perch roe; and Wagyu with black garlic, salted gooseberries, turnip and chamomile. Meanwhile, chef Westaway showcases his affinity for cooking seafood in dishes such as smoked eel with beetroot meringue, a twist on fish & chips, and Scottish langoustine with miso and barley.

Farm-fresh fruit stars in dual dessert creations from Westaway: strawberry pancake with frozen clotted cream, and caramel almond rhubarb with lemon. To cap off the meal, Roganic’s signature apple tartin (one of our personal favourites) is paired with preserved blackcurrants, sweet woodruff and sorrel.

The four-hands collaboration will take place on the evenings of 4–5 September. The full menu is priced at HK$1,980 plus 10% surcharge per guest, with the option for an additional HK$980 wine pairing.

guest chef JAAN Asia's 50 Best Restaurants Pop-ups guest chef menu simon rogan aulis roganic
Leslie Yeh
Editor in Chief
Having worked as a lifestyle editor for almost 10 years, Leslie is thrilled to be writing about the topic she loves most: wining and dining. When she's not out pounding the pavement for the latest new restaurant opening or tracking food trends, Leslie can be found at home whipping up a plate of rigatoni vodka and binge-watching Netflix with a glass of Sauvignon Blanc in hand.
Dining Restaurants Food Trends Drinks Travel