Nestled inside a towering building rising 65 stories above the revamped Avenue of the Stars, Rosewood Hong Kong — and its adjacent retail behemoth K11 Musea, all part of the new Victoria Dockside development — already feels like a long-time fixture on the Kowloon waterfront. In addition to offering glitzy 5-star accommodation for well-heeled travellers, the luxury hotel was conceived on a platform of adding to the cultural and culinary fabric of the city — the latter most evident in the launch of not one, not two, but a staggering eight new F&B outlets. With initial openings such as The Legacy House, which celebrates refined Shunde cuisine, and XX — a ladies-only bar destined to be a cult watering hole for the women of Hong Kong — the Rosewood has proven to be adept at creating places that feel like instant institutions on the city’s dining scene. 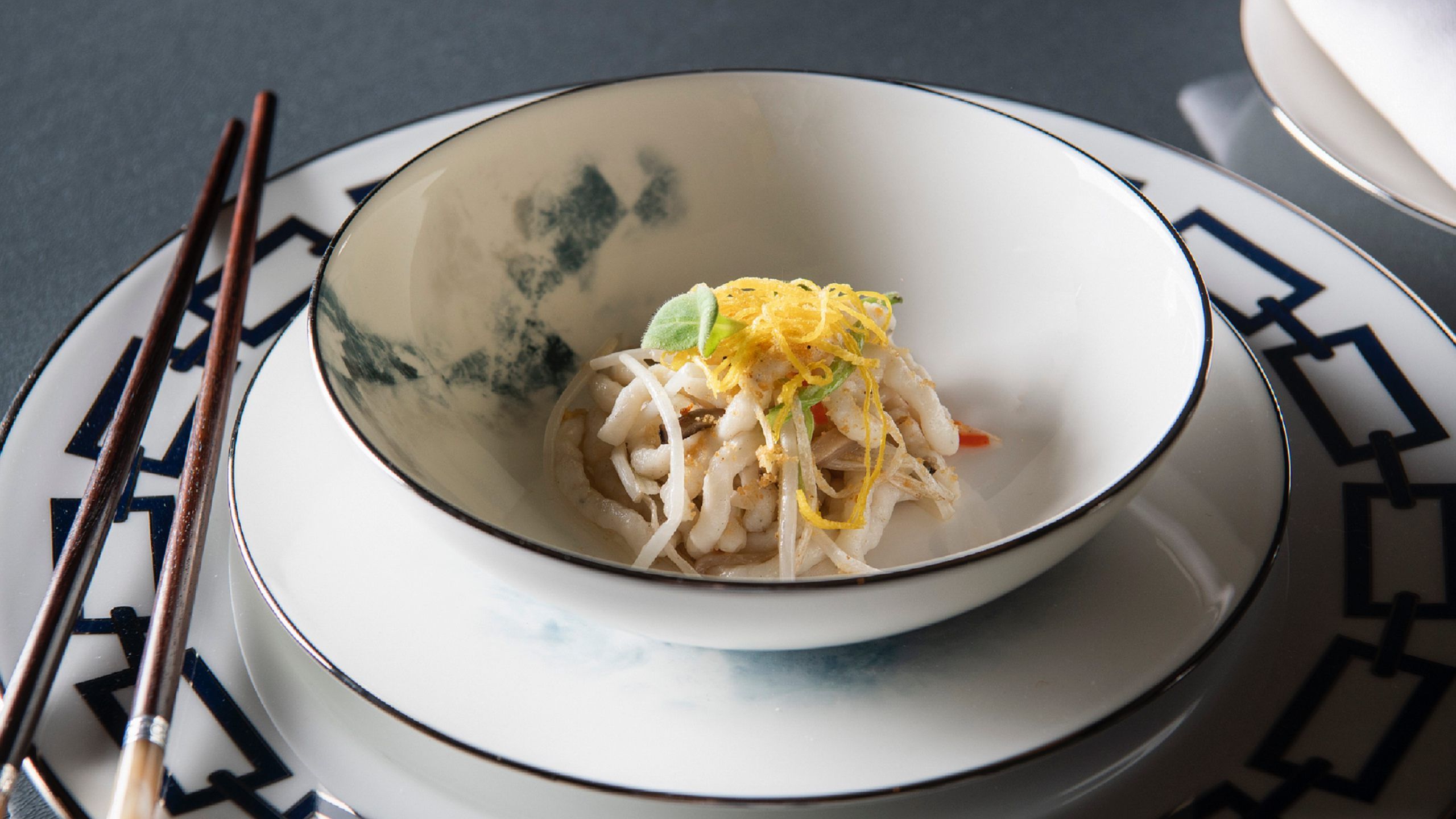 Fall sees the launch of the second half of Rosewood’s F&B portfolio, and an early look proves that the hotel is on track to become a culinary tour de force in attracting diners on both sides of the harbour — making it arguably the season’s hottest one-stop epicurean destination. Most note-worthy are the culinary stars Rosewood has rounded up to captain their new venues: from chef Renaud Marin’s elegant health-conscious cooking at Asaya; to the two young and ambitious chef talents cranking up the stove at the 5th floor ‘food court’, which encompasses Bayfare Social, smokehouse Henry, plus the 2020-slated Indian restaurant, Chaat. Below, we take a closer look at the three restaurants bound to be on every foodie’s must-hit list this fall.

Part of the Rosewood’s new urban wellness concept on the 6th floor of the hotel, Asaya Kitchen is a light-filled cafeteria of sorts situated adjacent to the swimming pool. Offering striking views of the harbour and island skyline, Asaya Kitchen taps into the health mentality that’s sweeping the collective dining conscious, offering a lengthy menu of Mediterranean- and Japanese diet-inspired light dishes, crafted on the building blocks of raw, sprouted, pickled and fermented organic ingredients. Seafood-centric dishes take advantage of the hotel’s partnership with the Sai Kung-based Shun King Fisherman as part of its “Partners in Provenance” programme.

We’re big fans of chef Renaud Marin from his work at the now-shuttered French bistro Cochin, and a recent trip to check out Asaya Kitchen’s new offerings confirms that Marin is just as adept at working with clean superfoods as he is with foie gras and butter. In Asaya’s light-filled dining room, we munched on shared plates of semi-dried tomato tartare on pita bread, sea bream carpaccio in a punchy citrus dressing, and a cuttlefish salad with quinoa and avocado. A soup course of soba noodles in mushroom broth functioned as a nourishing elixir, and mains ranging from grilled octopus with smoked eggplant caviar to pan-fried sea bream were cooked to precision. Lunch can be had in 2- or 3-course sets, while a wide-ranging breakfast menu is worth popping by in the a.m. for free-range egg omelettes and nutritious grain bowls.

The nourishing offerings are rounded out with a selection of fresh-pressed juices, light-bodied and biodynamic wines, and a cocktail list of organic and small batch spirits. If you have a few hours to spare, sidle up to the outdoor bar for a healthy cocktail, then park yourself on the poolside patio, terraced to mimic the feel of traditional Japanese architecture. For the full holistic experience, you’ll also want to dive into the wellness workshops, spa treatments and bespoke events offered at Asaya.

Currently in soft opening, we had a sneak peek of the new ‘gastro-market’ that’s taking over the floor one level below Asaya, a grand space that links directly to K11 Musea for optimal flow between shopping and dining. Named Bayfare Social, the tapas-inspired market is slated to become the most impressive food court set within a hotel in Hong Kong, with a handful of F&B concepts, several live cooking sections, and distinct dining spaces whether you’re propped up on bar stools at the seafood counter, grabbing a glass of wine in a corner booth, or tucking into handmade tagliatelle at the pasta bar.

Built on the convivial nature of shared tapas and modelled after Barcelona’s buzzing al fresco markets, Bayfare Social pulsates with a vibrant atmosphere from dawn to dusk, providing a casual setting for colleagues or groups of friends to linger over a leisurely meal, snacks and drinks overlooking the harbour. The gastronomic destination is helmed by chef Álvaro Ramos, most known for his Executive Chef role under the El Willy Group based in Shanghai (most recently, he helmed the kitchen at Ovolo Southside’s Komune).

The space is anchored by a number of produce-focused counters harking artisanal provisions, from the Deli Station loaded with freshly made sandwiches, charcuterie, cheeses, terrines and dips; to the Tapas Station, where chef Ramos serves up renditions of olive oil prawns, padron peppers, and crispy chicken skin flavoured with curry and spicy slaw. A Seafood Station features pristine crudo and ceviche, while the Noodles Station offers diners a choice between Asian noodles and Italian-style pastas. With the flexible format guests can browse and order from menus, or sidle up to produce counters for grab-and-go options. For a nightcab, take your spritz or caña — a small glass of Spanish draft beer — to the harbour-facing terrace to catch the twinkling skyline.

Finally, and perhaps the restaurant whose potential excites us most on this list — ex-Rhoda chef Nathan Green is making his return to the Hong Kong dining scene with the debut of brand new butcher’s shop and grill house, Henry, opening 20 November as the second concept within Bayfare Social. The spacious restaurant is handsomely outfitted to take after American-style steakhouses, while the menu draws its inspiration from the vast and varied barbecue traditions of the American South.

Chef Nathan Green has proven his mastery over live-fire cooking previously at Rhoda, and his excitement is palpable as he introduces us to the space on a preview tour: “When I did Rhoda I was very much on my own… [here] everyone’s really worked on this project together. I get feedback from Álvaro from Bayfare Social and Manav [Tuli] from Chaat, so it’s a really nice sort of family up here. We’re all really excited about the opening,” he says.