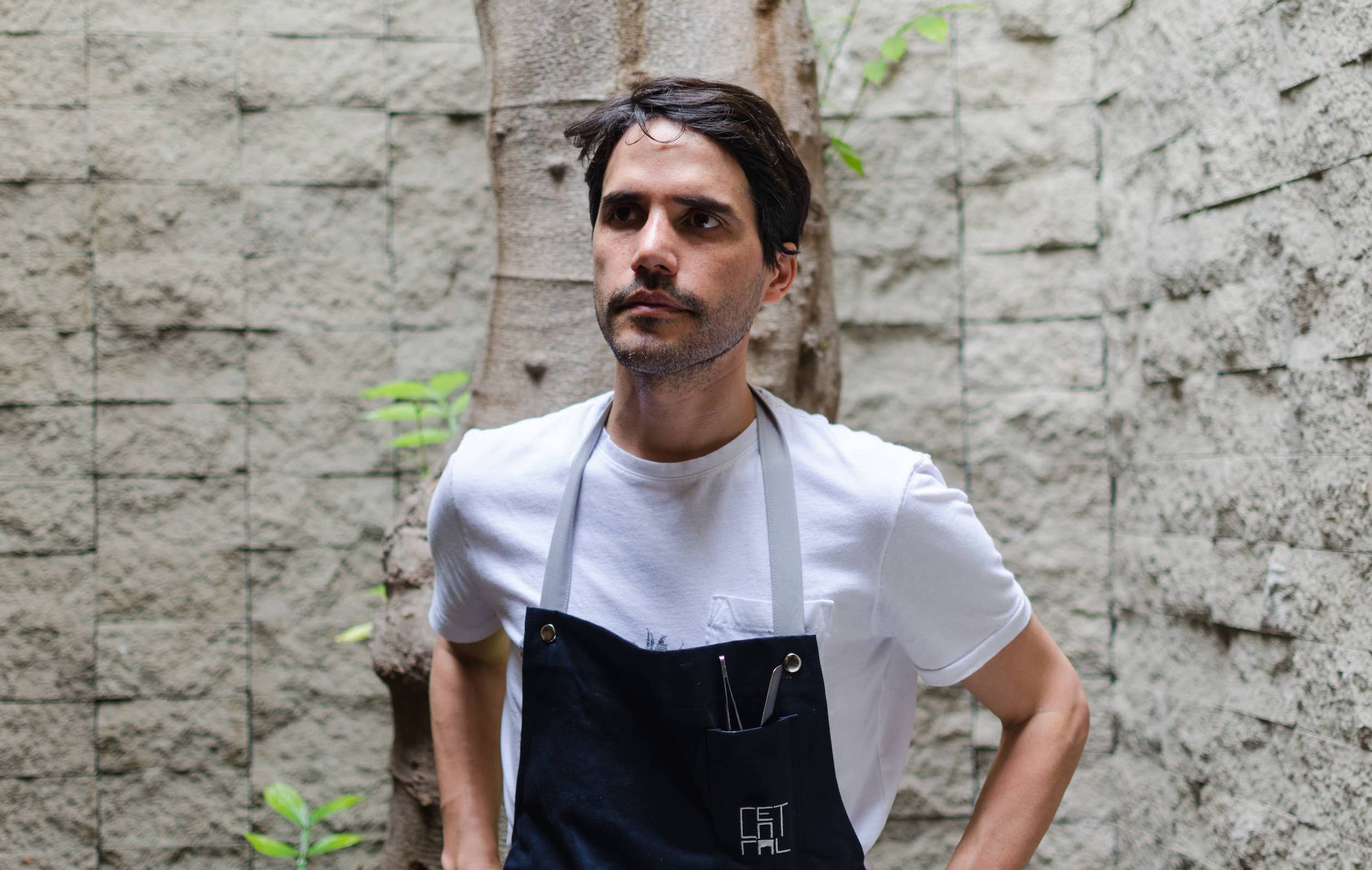 Anyone who tracks the global food scene closely will have heard of Virgilio Martinez, the celebrated chef behind Central Restaurante in Peru, which currently sits at #5 on the 2017 World’s 50 Best Restaurants list. The Lima hot spot has taken not just Latin America, but the world by storm, confidently brandishing the bold flavours of Peruvian cuisine to thrust indigenous ingredients and dishes into the spotlight on the world’s culinary stage.

If anyone was still holding their breadth for Hong Kong’s dining scene to really take off this year, you’re in luck: The boundary-breaking chef has his sights set on our fair city this summer, choosing to open his first restaurant in Asia right here in Hong Kong at the dazzling new H Queen’s tower. Brought to fruition through a partnership with Dubai-based Bulldozer Group (who previously entered Hong Kong’s dining scene with the extravagant yet short-lived Seafood Room), ICHU Peru is primed to set the gold standard for Peruvian food in a city that’s been increasingly embracing the under-the-radar cuisine of late. At ICHU, Martinez will showcase the authentic flavours of his home country with the creative and surprising twists that have propelled his flagship restaurant to global culinary stardom.

Expect Peruvian-style dishes served in a relaxed, bistro-style setting, with the aim of making guests feel at home as they discover flavours and ingredients that may be largely unfamiliar to the Hong Kong palate. The no-fuss culture of Peru’s dining scene will be at the heart of the restaurant, with a casual and buzzy atmosphere giving diners an accessible stepping stone to expand their culinary horizons and try new dishes while sticking to the appeal of homemade comfort food.

Designed by ever-popular, Hong Kong-based Joyce Wang, the restaurant will be divided into distinct sections — designed to take guests on a journey through Peru’s vast topography and ecological diversity, in a manner similar to the menu itself. The main dining room is anchored by an island banquette with excavated fossil stone detailing that evokes Peru’s indigenous rock formations, while an open kitchen framed by raffia panels will allow guests to watch the chefs at work. A separate bar area serves as a space for diners to enjoy a tipple or two before dinner, and a chef’s table is also available for private gatherings. Just in time for summer, ICHU’s spacious outdoor terrace will afford pleasant views overlooking SoHo, seating up to 85 guests in addition to the dining room’s 80 seats.

Leading the kitchen are three employees from the Central team who have relocated to Hong Kong, including head chef Sang Jeong, who’s been with Central for three years and is responsible for some of the restaurant’s signature dishes. While certainly more accessible and affordable than Central’s 17-course tasting-menu-only format, ICHU Peru will no doubt mirror the Lima restaurant in its range of cooking techniques, bold flavours, and indigenous ingredients from both land and sea. (Central’s menu progresses according to marked elevations, from octopus and sea lettuce caught metres below sea level to cassava potatoes cultivated in the high Andean region.)

The restaurant’s name, ICHU, derives from a plant native to the Peruvian Andes that can only be found in extreme conditions — a nod to both Martinez’s passion for agriculture and his native ingredients, and the enormous and challenging step of launching his first restaurant in Asia which, we reckon, won’t be his last.

ICHU Peru is scheduled to open in late July 2018.

Hong Kong New Eats Dining Restaurants Virgilio Martinez Where to eat Central Restaurante new openings Peruvian restaurants H Queen's ichu peru
Leslie Yeh
Editor in Chief
Having worked as a lifestyle editor for almost 10 years, Leslie is thrilled to be writing about the topic she loves most: wining and dining. When she's not out pounding the pavement for the latest new restaurant opening or tracking food trends, Leslie can be found at home whipping up a plate of rigatoni vodka and binge-watching Netflix with a glass of Sauvignon Blanc in hand.
Dining Restaurants Food Trends Drinks Travel