Home > Food & Drink > Dining > Tearless Onions: Sunions will be your friend in the kitchen 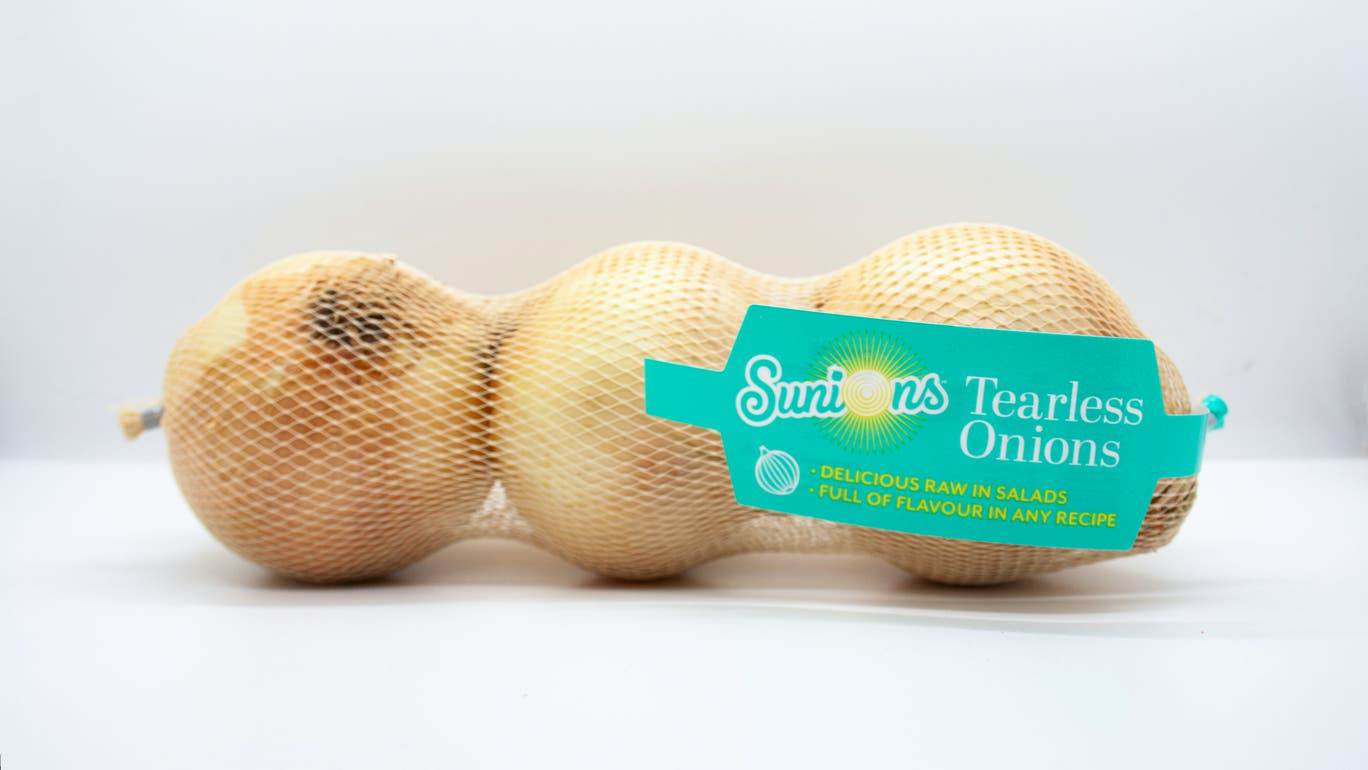 Food & Drink
Tearless Onions: Sunions will be your friend in the kitchen
Share this article
Next article

Friendly onions that won’t make you cry as you cook.

It’s happened to the best of us. The recipe you’re currently following calls for onions. So you square up your shoulders, pull up your sleeves and take a huge breath before chopping at lightning speed, hoping that this time your eyes don’t get prickly and nose doesn’t itch. Whatever recipe tricks you think might just be it — keeping your chopping board dry, slapping on a pair of airtight goggles or keeping those nasty (but tastes so lovely) root veggies chilled in the freezer 30 minutes before preparing — it begins: the weeping and sniffling and winking one eye shut after the other, willing your hands to dice a little more faster.

Maybe the secret isn’t with finding new onion-cutting tips online, but a change of the ingredient itself. Not so far beyond that it changes the entire nature of your carefully flavoured bolognese sauce, but a very close sibling to the tear-jerker. A nicer, kinder, gentler onion.

It’s a brand new variety of onions, developed over 30 years of research. Compared to the original, Sunions are bit of an “upgrade”. They have been reviewed to be sweeter and crunchier, milder in flavour and importantly, “tearless”, as certified by both BASF and the Ohio State University Sensory Evaluation Centre. It also explains the prefixed “sun” in its name — rain clouds, be gone!

Sunions are created through a long cross-breeding system rather than genetic modification. In short, the science behind them is this: Sunions have decreased the production of the volatile compound typically released by the onion as a defence mechanism when damaged. They’re less pungent and will sweeten, rather than sharpen, in flavour over time. Currently, they are only grown by two suppliers in Nevada and Washington.

As you’ll probably guess, these don’t come cheap. A pack of three sells at Waitrose for £1.50 (approx. HK$16), which is also three times the price of the boring, original ones at Waitrose (14p / each). So either you’re really dedicated to not letting the onion win (Why not just shell out HK$200 for a pair of onion googles instead?), or, just chop with your eyes squinted, like the rest of us.

For now though, keep those nifty onion cutting tricks at bay. Sunions have only just made their debut in the UK, but we await the day they break ground in Hong Kong.

More information on Sunions’ onions can be found here.

food news onions sunions
Lorria Sahmet
Editor
After two years writing in luxury retail, Lorria now covers food and drink happenings in Hong Kong. When not taste-testing for the best fries in the city (shoestring, always!), find her cosied up at home skimming through Netflix or nurturing baby plants in her indoor greenhouse. She is happiest by the ocean with a giant fishbowl-glass of Aperol Spritz.
Food Drinks Culture Living Hong Kong
Sign up for our newsletters to have the latest stories delivered straight to your inbox every week.