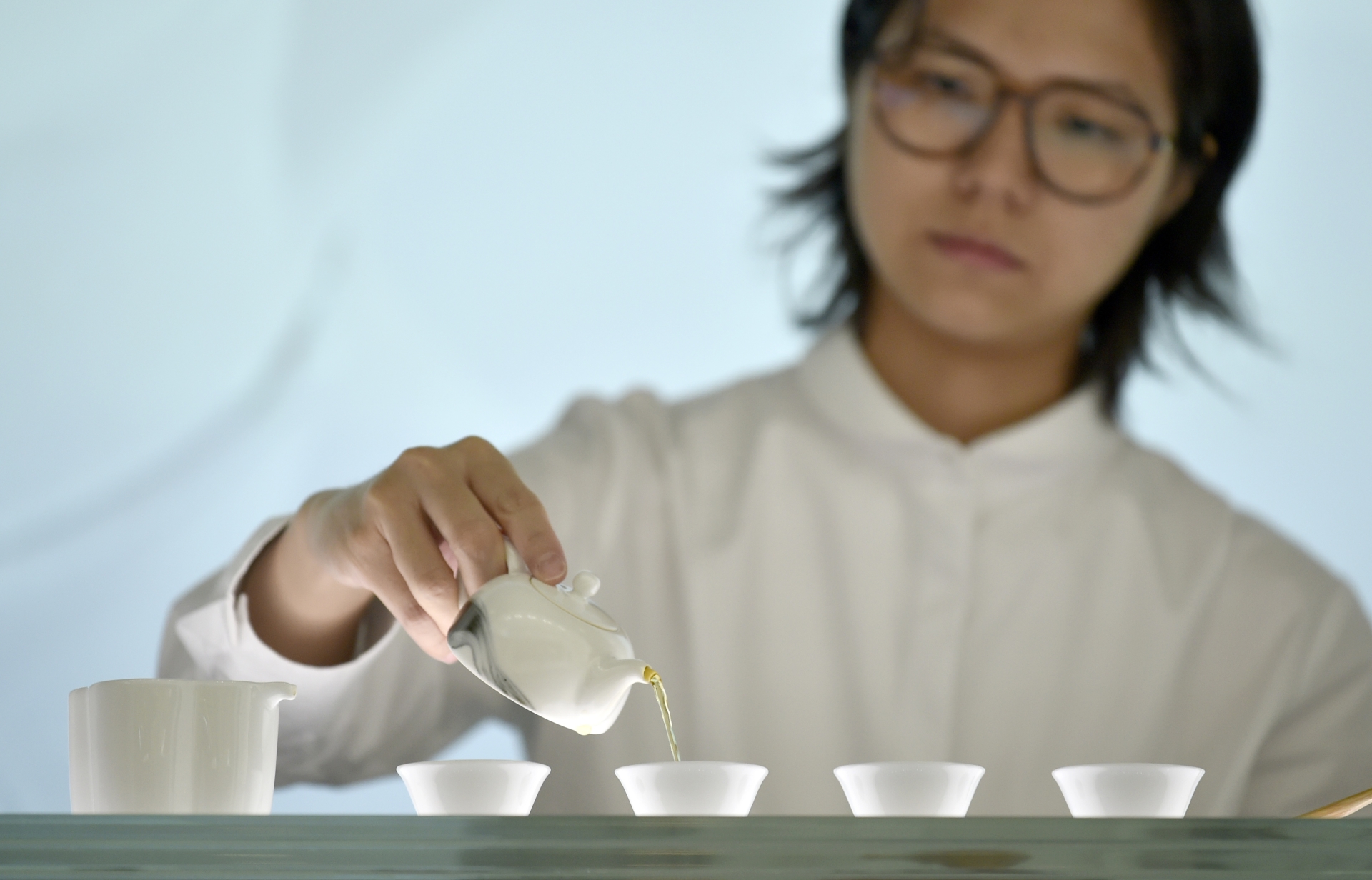 Cheap instant “bubble tea” has become one of Taiwan’s best-known culinary exports — now a wave of entrepreneurs hopes a high-end modern take on traditional brews will also be sipped worldwide.

Taiwan has been producing tea for more than 200 years and a cup of the island’s famous oolong is obligatory for many visitors, but exports have been knocked by rising labour costs and bubble tea has eclipsed a carefully crafted cuppa.

Often artificially flavoured and loaded with milk, sugar and tapioca pearls, bubble tea has in recent years gained a global following, from Southeast Asia to the United States and Europe.

Ultra-modern tea shop “Xie Xie” is one business trying to turn the tide back to sophistication. Founder Xie Yu-tung, 30, comes from a family of tea producers and uses leaves grown on their plantations in Taiwan’s mountainous Dayuling and Lishan areas.

“I think Taiwan has the best oolong and it’s a pity that it’s not seen all over the world,” says Xie. She sells pure and flavoured oolong — a fragrant, semi-fermented tea.

Infused with spearmint, chamomile, rose and ginger, she hopes the pretty packaging and ready-made bottles will attract uninitiated foreign customers. At Tw$680 ($21) for 10 teabags, she says it is a reasonable price for top tea.

“Every step (in producing oolong) has to be exact. I think the craftsmanship involved matches that of international luxury products,” she says. Xie has served up her tea at the Venice film festival, Paris fashion shows and Milan design week since launching two years ago.

Other entrepreneurs are hoping to create a cafe culture that will entice younger generations. At David Huang’s salons in Taipei, customers order pots of organic Taiwan-grown tea served up alongside tea-flavoured French pastries.

“I don’t want to see tea-drinking fade into history because young people think it’s old-fashioned,” says Huang, who opened the salons after studying marketing in France. “It is one of the things that most represents Taiwan.”

Huang’s “Zenique” brand of pure and flavoured oolong, green and black teas do not come cheap — a small tin starts at Tw$409 and can cost up to Tw$1,890. Huang says it is a price worth paying for a high-quality product and he counts seasoned tea drinkers among his regular customers.

First-time salon visitor Anne Yu, 30, says she likes the “chic and tasteful” feel to the place.

“I started to drink more tea recently after I got palpitations from drinking coffee,” she said, between mouthfuls of green tea and almond cake topped with a macaron, washed down with osmanthus oolong tea. “I like tea better now.”

While industry experts say the average age of tea drinkers in Taiwan is rising, entrepreneurs like Xie and Huang are giving the business a fresh edge.

“To some young people now, running a tea company is attractive and trendy, it’s like being the owner of a French vineyard,” said Lin Chih-Cheng, president of the Association of Taiwan Tea. “They feel like they are part of a creative, cultural industry.”

Both Huang and Xie have regular international clients and are hoping to expand the list. However, there are still those who argue that no-frills is best.

At tea store Lin Hua Tai, leaves are still processed in a factory at the back of the shop, using traditional methods unchanged for the decades it has been in business. Standing in Taipei’s once-bustling “tea street” it is one of only a few tea stores to remain.

The shop buys raw tea from plantations across Taiwan and sells 100 types, from basic brews to the pricey “Oriental Beauty” oolong, which can go for more than Tw$4,000 per 600 grams. Tea leaves are stored in stainless steel barrels and packaged in plastic bags printed simply with the store’s name and contact details.

“To some young people now, running a tea company is attractive and trendy, it’s like being the owner of a French vineyard.”
Lin Chih-Cheng, president of the Association of Taiwan Tea

The shop says its loyal clientele has been won purely by word of mouth. While it is dedicated to maintaining traditions, Lin Hua Tai is also trying to inspire younger generations by giving store tours and tea tastings to students.

“Children drink bubble tea, but they don’t know what oolong looks like, or that there are many more types of tea. When they get interested, they will grow up drinking more tea,” says shop manager Joanne Kang.

Kang said it would be easy to transform into a “pretty store”, and recognises the shop now faces trendier competition. “But then everything would change and we would not be who we are,” she says.

New restaurants to try in January 2021

Here are 4 new food trends to consider for 2021