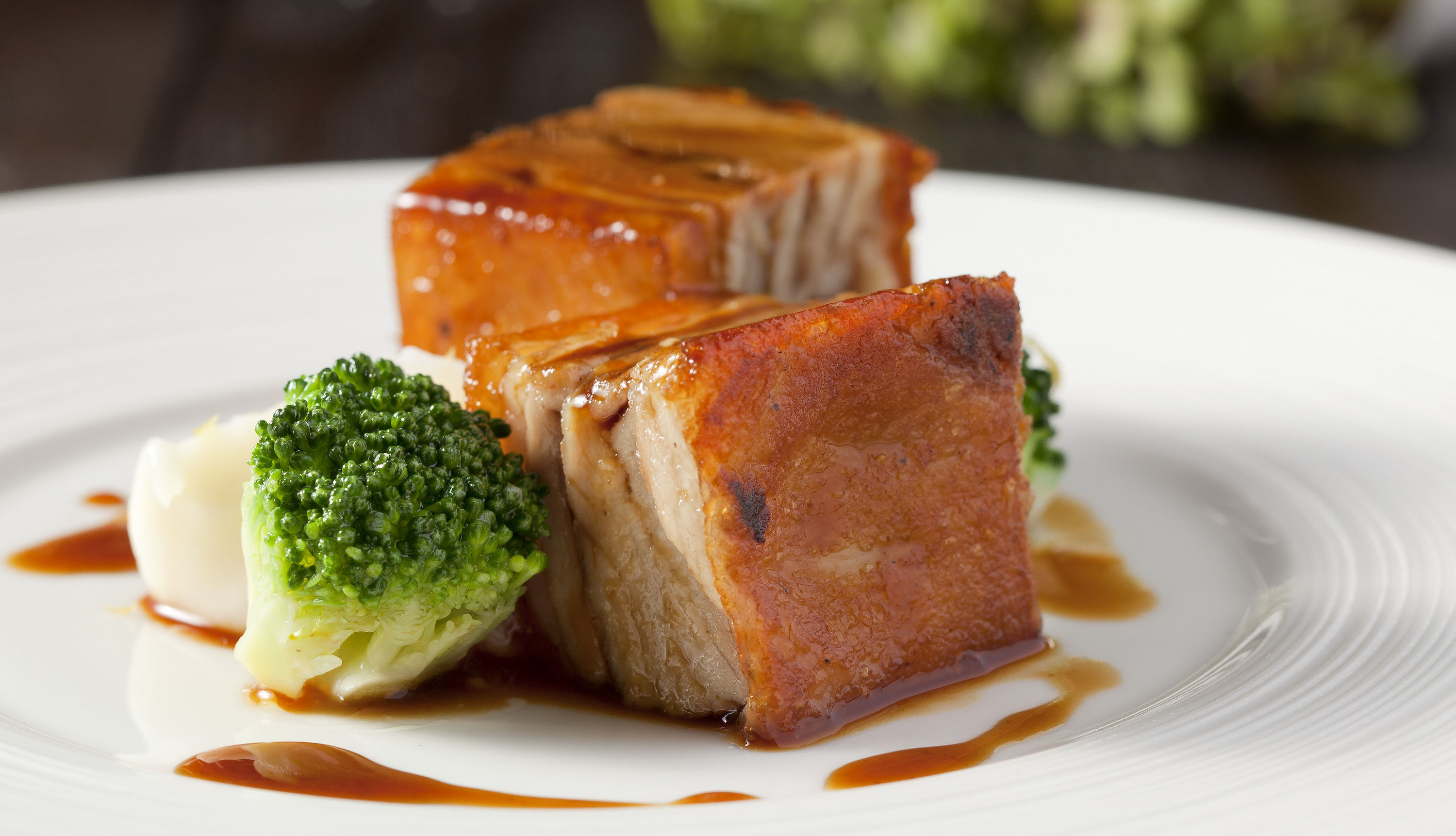 The hunt is on for Hong Kong’s ultimate pork dish

November is all about pork in Italy, with the two-week-long festival November Porc (11–27 November) celebrating the leading meat purveyors and world-class pork products coming out of the gastronomic region of Parma. Not one to be left out of anything food-related, Hong Kong is joining in on the pig-centric festivities this month by staging a competition amongst some of the city’s best kitchens to crown Hong Kong’s ultimate pork dish.

The “Tribute to Pigs” celebration kicks off on 14 November, with chefs from Catalunya, The Fat Pig by Tom Aikens, La Paloma, Linguini Fini, NOM, Okra, Tak Lung Restaurant and URA, along with TV chef Hilda Leung, showcasing their most creative pork dish to a discerning panel of Hong Kong food media and experts (22 Ships and Rhoda will join in the competition from 16–23 November).

You can count on there being plenty of roast suckling pig, that most ubiquitous of pork dishes in Hong Kong, but also more out-of-the-box adaptations to showcase the versatile animal, including Ibérico pork belly with salted-plum ketchup from modern Japanese kitchen Okra; pig trotters with soy sauce, sugar, ginger, pineapple and sea grapes from URA; a pork-and-lamb sausage with fried onions from The Fat Pig; and a crispy “nose to tail” terrine with pigs-ear bacon and ‘nduja from Linguini Fini.

The team from 22 Ships will be hard at work preparing a pig’s head with apples and gribiche (a mayo-like egg-based sauce); Spanish restos Catalunya and La Paloma will go head to head with roast suckling pig dishes; and Italian kitchen NOM will cast its lot with a porchetta sandwich on home-made focaccia with celery-root mayo.

From 16–23 November, each pig dish will be available at their respective restaurants for the public to join in on the taste-test and cast their votes for Hong Kong’s favourite pork dish. Dishes will also be available through the competition’s exclusive partner, Deliveroo.

Dining Restaurants Catalunya NOM La Paloma 22 Ships Ura The Fat Pig Pork Okra Linguini Fini Rhoda Pig Tak Lung Tribute to Pigs
Leslie Yeh
Editor in Chief
Having worked as a lifestyle editor for almost 10 years, Leslie is thrilled to be writing about the topic she loves most: wining and dining. When she's not out pounding the pavement for the latest new restaurant opening or tracking food trends, Leslie can be found at home whipping up a plate of rigatoni vodka and binge-watching Netflix with a glass of Sauvignon Blanc in hand.
Dining Restaurants Food Trends Drinks Travel
Sign up for our newsletters to have the latest stories delivered straight to your inbox every week.