The Ship Street stalwart (open since 2012) gets a timely dose of fresh perspective, courtesy of a revamped fit-out, all-new menu, and crucially, a prodigious new helmsman, Roca Brothers protégé Antonio Oviedo. Below, we tackle five of the best new plates being whipped up by 22 Ships — from time-honoured tapas to hearty mains representing Spain’s national identity.

For several years, Jia Group’s 22 Ships has been a mainstay in Hong Kong’s tapas scene, but for fans of Spain’s vibrant and eclectic cuisine, sunnier days yet lie ahead. The former Jason Atherton project shuttered its doors for three months earlier this year; and following a brief hiatus, has reemerged with a bold rustic look and deadly clear purpose. A slice of Madrid (San Bernardino, perhaps?) in the heart of Hong Kong, if you will.

At the nexus of this revitalisation — in ways figurative and literal — is Executive Chef Antonio Oviedo. A student of not one but two characteristically Spanish giants in the culinary world (Santi Santamaria and the Roca Brothers), Oviedo has been on the cutting edge of that country’s dining industry for over a decade. He spent the mid-aughts refining his understanding of various technical disciplines (areas like seafood and sauce making, any one of which is complex enough to ground a lifelong career) before assuming the mantle of Head Pastry Chef at Zaranda in 2009.

By no means a greenhorn in Asia (he previously headed Michelin-starred Iggy’s in Singapore) the reopening of 22 Ships is nonetheless an exciting first, marking Oveido’s official debut here in Hong Kong.

You might also like…
Food & Drink
The must-have dishes at Basehall, Jardine House’s new gourmet destination
Beauty & Grooming
5 of the most influential men’s fragrances of all time

The crux of 22 Ships is still very much the same ‘social’ experience it started out as: guests graze on seasonal plates pitched at varying sizes over a glass of sangria; sat around a horseshoe-shaped countertop or window-side communal al fresco table.

At the same time, Oveido’s arrival has clearly elicited a fierce sense of enthusiasm and urgency — something that’s doubly apparent from the moment you’re seated at the ‘chef’s counter’, overseen personally by the swashbuckling Madrileño. Here’s an exec chef who isn’t afraid to ‘get stuck in’ with the guests, bantering pleasantly as he emblazons plates of fresh-cooked Galician octopus with tiny dollops of mojo verde; or pulls icy glasses of vermut sifón — a delicious reprieve from the usual Aperol Spritz — seemingly from thin air.

For Oveido, 22 Ships’ new and improved façade is nothing if not a launchpad for exploring Spain’s historic plurality of food and drink: A subject he has an ardent, damn near touching enthusiasm for.

“Hongkongers are no strangers to tapas,” he beams,” but there are still many [more] Spanish classics waiting to be explored.”

Among these, Oviedo is most wed to the cooking of Madrid — his hometown and, traditionally, a melting pot of multi-ethnic cooking. “[We have] a long tradition of welcoming people from all over Spain. At 22 Ships, I’ve set out to reflect Madrid’s vibrant bar culture and the richness of the Spanish culinary experience through a multi-regional menu and wine list.”

To get a better sense of this manifesto, we’ve selected five of our favourite plates on the new menu, with a few words from the man himself explaining why these are essential eats. “This is a nostalgic dish (HK$128) that brings back memories of summers in Spain. It’s essentially a traditional cold soup, popularised by the southern city of Málaga. For this we use an interesting (and traditional) combination of grapes and sardines. We grill the latter: a technique that’s commonly used along the coastline of Spain.” 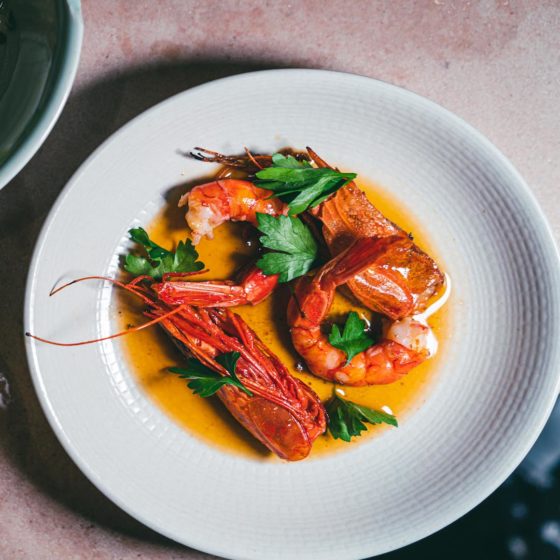 “In Spain, ajillo [meaning a sauce made with garlic oil] is a classic technique used in the preparation of seafood dishes — especially prawns. At 22 Ships, we use carabineros (HK$168) — they are in my humble opinion, the best deep-sea prawns in the entire world. Ours are sourced from Huelva (in Andalusia) — a locale renowned for the excellent quality of its carabineros. We smoke these in our Josper grill, then garnish them with a sauce made from garlic, Arbequina olive oil and the prawn’s head. Paired with a few slices of our toasted sourdough, this is a modern take on a classic dish.” 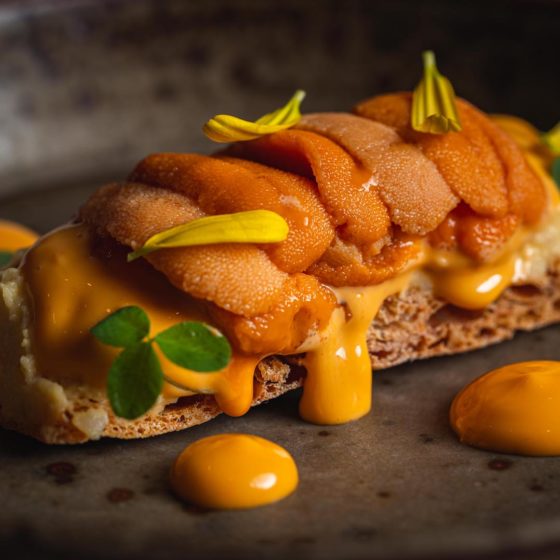 3
Rusa and sea urchin on toast

“‘Rusa salad’ (HK$180) is an extremely common tapa which you’ll find at most bars in Spain. Instead of doing it the traditional way — basically a heavy potato salad — we opted for a lighter, airer preparation layered atop of crispy bread. Given that Hong Kong has such great access to Japanese ingredients, we also garnish our rusa with fresh Hokkaido sea urchin — our way of adding a modern touch to the menu at 22 Ships.” 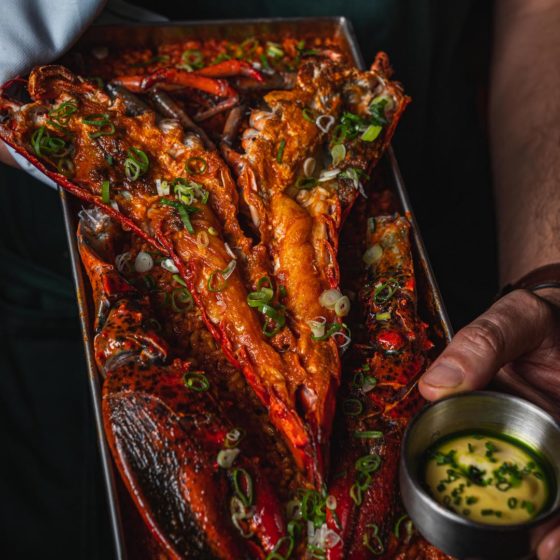 “Our paella (HK$380/$758) is a very comforting classic dish that originates from the Valencian port city of Alicante. It’s cooked with what’s known as salmoretta — a kind of aromatic sauce that’s classified as a sofrito, and commonly used as the base in seafood paella you’ll see cooked throughout many parts of eastern Spain. We source our fresh blue lobster from Brittany, both serving it whole and to make the paella’s super-concentrated, flavourful stock. The dish is also served in a square tin: our modern update on the classic rounded, shallow paella pan.” 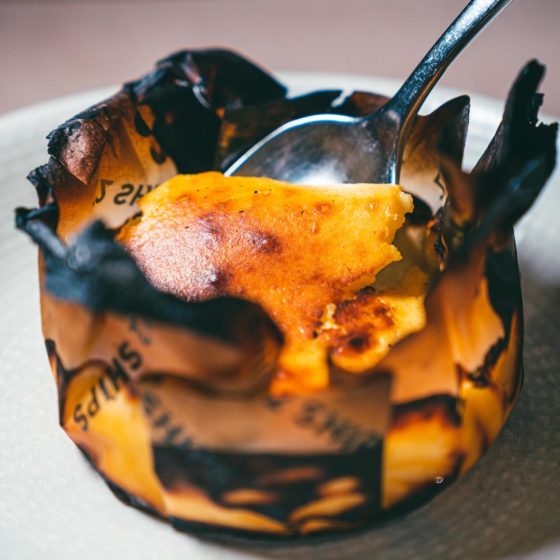 “This dessert (HK$98) is inspired by the traditional cheesecake you’ll find in Basque Country. We bake it in a charcoal oven — imbuing the cake with a nice, smoky flavour — and use a cheese made from Idiazabel sheep’s milk (also from Basque Country). Growing up, this was one of my favourite cheeses: I used to eat it so much as a kid because my dad was from Navarra, one of the historic Basque districts. The rustic presentation gives you some idea of how we like to serve our food at 22 Ships — straight-up from oven to table.”