Hong Kong’s appetite for new Japanese restaurants never stops — it’s a bit exhausting at times, really — but here’s some news we’re genuinely excited about: At long last, the local outpost of Tokyo’s three-Michelin-starred Sushi Saito will open Sunday, 25 March inside Four Seasons Hotel Hong Kong. Aside from its Michelin recognition, the restaurant is currently ranked #26 on Asia’s 50 Best Restaurants, and has been declared “the best sushi restaurant in the world” by chef Joël Robuchon. As we reported last November, this is Sushi Saito’s first venture outside of Japan. (Currently, Hong Kong’s only three-Michelin-starred sushi restaurant is Sushi Shikon.) 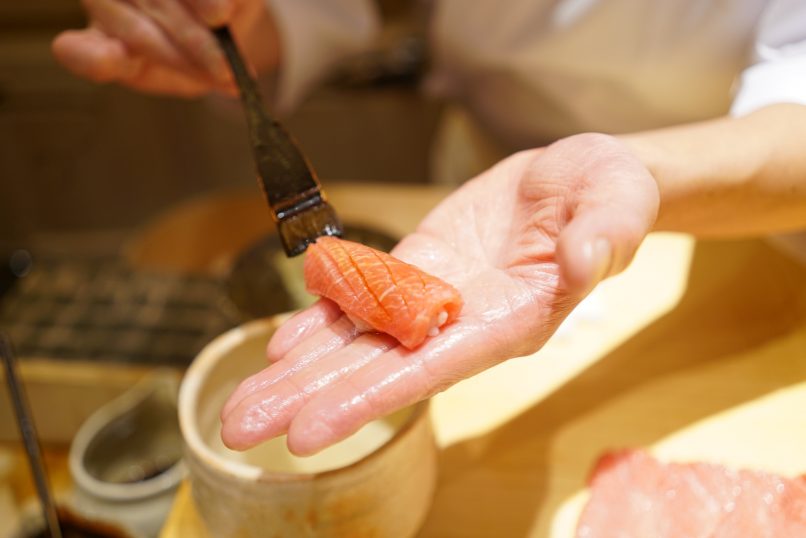 Since the news was announced last year, thousands of booking enquiries have been made via various channels; in response to the overwhelming demand, priority reservations for the next six months are exclusively available to regular guests of GLOBAL LINK restaurants (Tenku RyuGin, Ta Vie 旅 and La Bombance) and Four Seasons Hotel Hong Kong. Anyone who doesn’t fit that description will either want to rely on a well-connected acquaintance or wait until fall for a coveted seat at the 16-seat sushi bar.

The new restaurant is the product of 18 months of planning and three months of renovations on the top floor of the hotel. The Tokyo location of Sushi Saito is known for its cosy, relaxed atmosphere and friendly service, allowing for an unpretentious dining experience. The Hong Kong outpost will follow in the same vein, with the ambience further heightened by carefully curated art pieces and tableware created by legendary Japanese artists such as Kitaōji Rosanjin, Shiro Tsujimura and Kai Tsujimura. With the aim of creating a zen-like feel, both the sushi counter and interior furniture have been crafted from premium Japanese cypress selected from a forest in Nagano. The counter itself has been given a slightly narrower design compared to other sushi restaurants, the goal being to facilitate a close interaction between chef and guest.

For the uninitiated, Sushi Saito reflects chef Takashi Saito’s passion for authentic Edomae-style sushi, as it was served hundreds of years ago. Bound by tradition, the chef focuses on the precision of fish ageing, rice cooking and the amount of vinegar, soy sauce and wasabi applied to different kinds of ingredients. It all starts with access to the highest-quality fish from the famed Tsukiji Market, which chef Saito selects himself each morning. He’ll also make selections for the Hong Kong location, and the fish will be exported via plane on the same day, before undergoing a highly skilled ageing process to enhance umami and texture.

Overseeing the Hong Kong location is 29-year-old chef Ikuya Kobayashi, who’s been working as chef Saito’s second-in-command at Sushi Saito Tokyo for more than eight years. His main task will be to ensure that the quality of the Hong Kong restaurant matches that of the original — and hopefully nab some Michelin stars in the process. 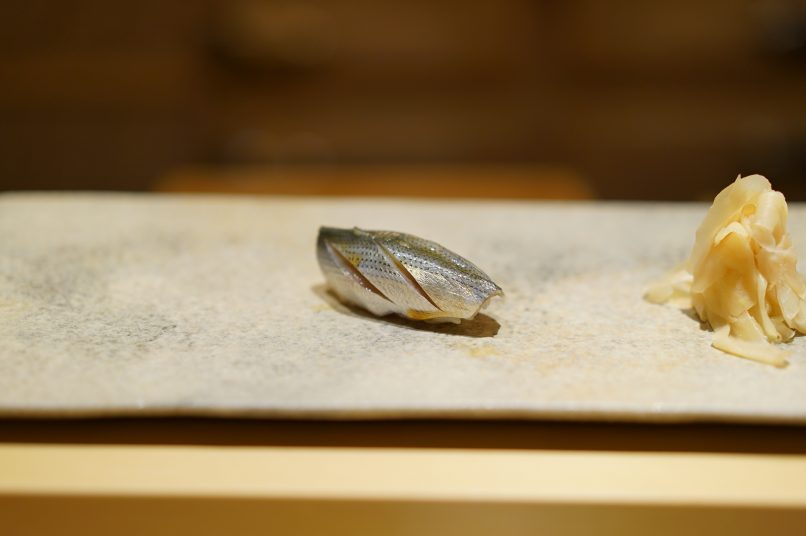 Sushi Saito will be open daily for lunch and dinner service. For reservations, call Call +852 3196 8230 or email concierge.hkg@fourseasons.com.

Hong Kong New Restaurants Tokyo Dining Restaurants Sushi Four Seasons Hotel Michelin-starred Dining Four Seasons Hotel Hong Kong Restaurant Openings Openings sushi saito Michelin-starred restaurants
Michael Alan Connelly
Head of Digital Content
A Chicagoan by birth and a New Yorker by habit, Michael has more than a decade of experience in digital publishing at leading titles in the U.S. and Asia. When he's not checking out Hong Kong's newest restaurants and bars or jet setting around the globe, you'll find him hanging out with his dog Buster and enjoying an Aperol Spritz.
Travel Hotels Restaurants Cocktails Culture Italy Art Music Cheese
Sign up for our newsletters to have the latest stories delivered straight to your inbox every week.