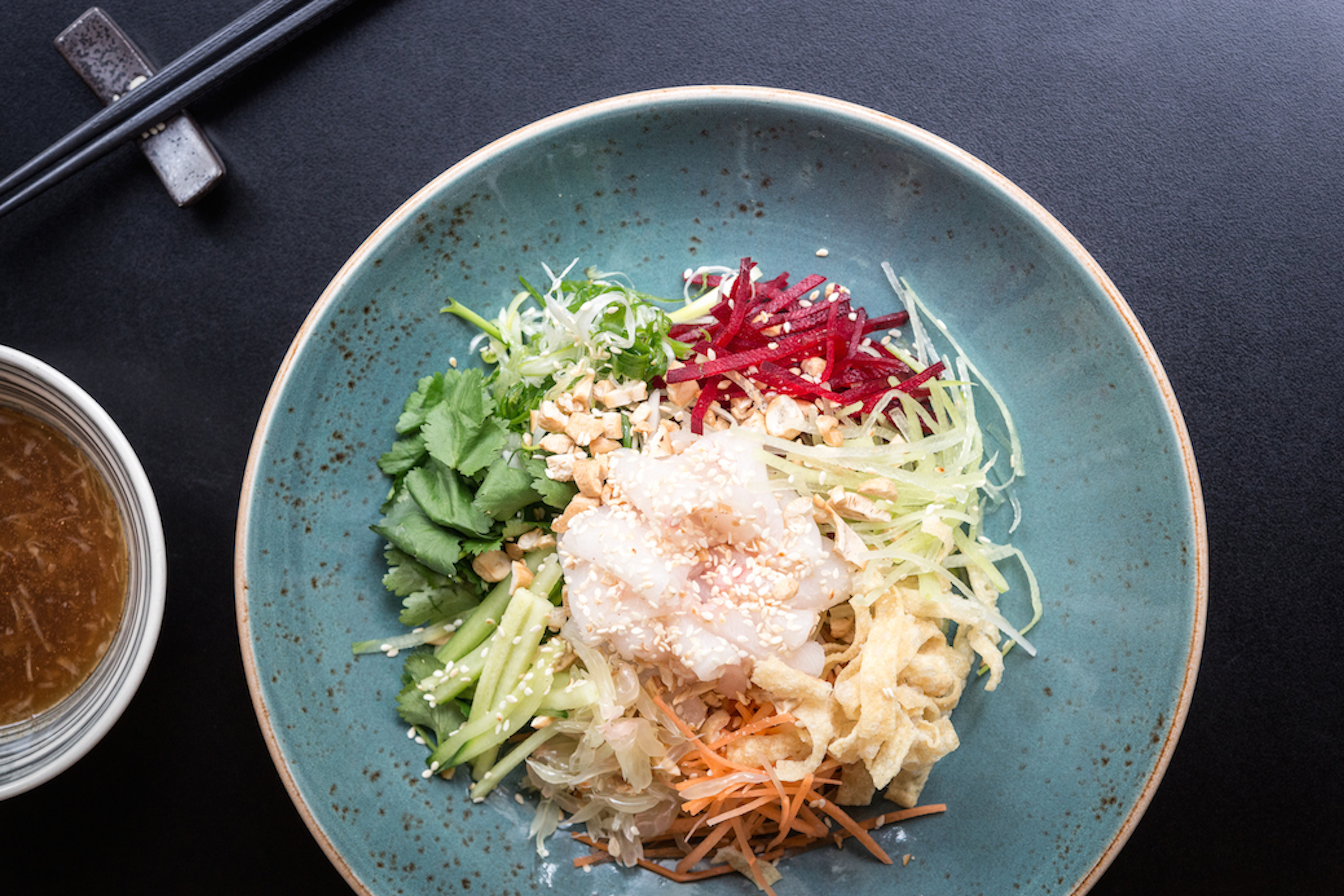 Whether it’s tossing vegetables in the air in a bid for good luck, slurping down long noodles to lock in prosperity and long life, or digging into a whole fish to ensure fortune and abundance, fortuitous dishes are all around as we edge closer to the Lunar New Year. Here are eight lucky places to head to for a taste of traditional Chinese New Year eats, all of which will hopefully bring you good fortune in the Year of the Rooster! 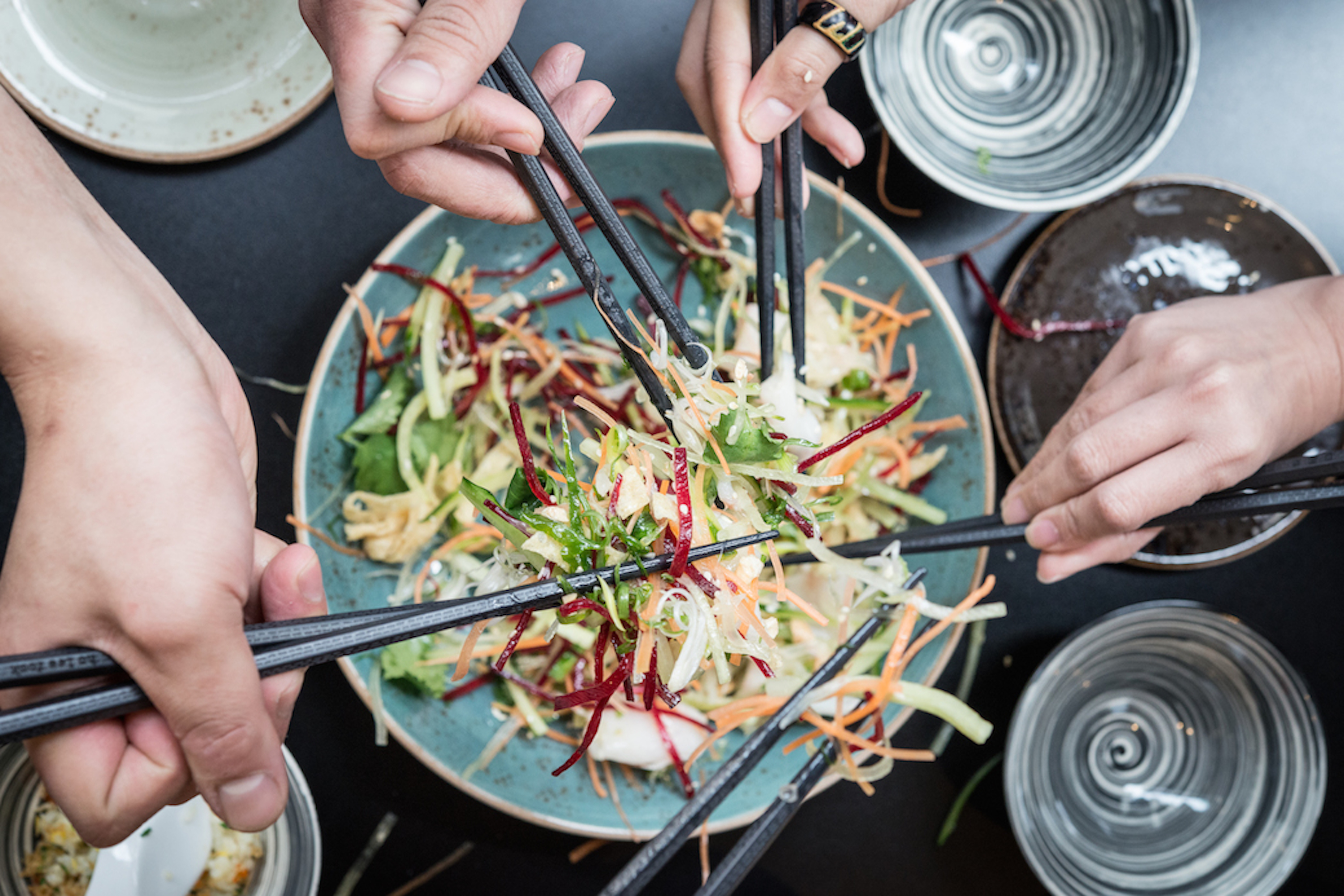 Tossing vegetables into the air like matchsticks and yelling “lo hei” with the traditional yee sang platter is just half the fun of popping in for dinner at Ho Lee Fook this CNY. Chef Jowett Yu presents creative twists on traditional symbolic foods bearing good luck and prosperity, including steamed snapper dressed with white soy, ginger and green shallot; Sichuan-style chilli prawns with sea cucumber and okra; and braised e-fu noodles with abalone. The banquet menu (recommended for five or more) is priced at HK$458 per person. 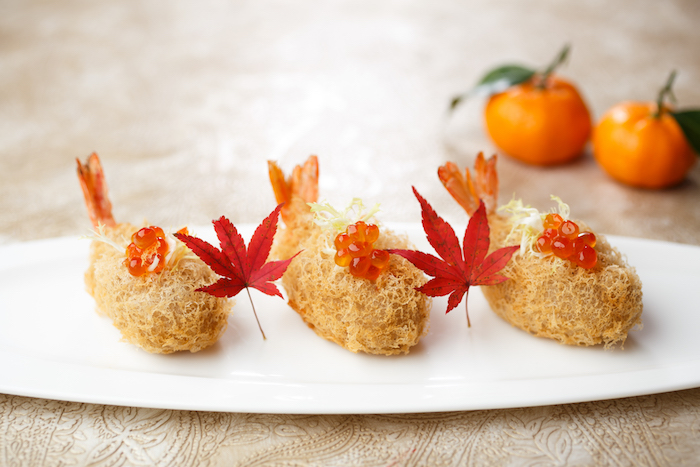 Two-Michelin-starred Shang Palace presents two auspicious set dinner menus to ring in the Year of the Rooster. Grab a group of friends and sit down for the 10-course menu (HK$10,388 for a table of 12), comprised of barbecued whole suckling pig, braised chicken broth with shredded fish maw, sliced abalone with dried oyster and lettuce, foie-gras-and-shrimp dumplings and more. A second, slightly more expensive menu adds in dishes such as double-boiled Japanese sea cucumber, dried oyster puffs and Beijing-style goose. 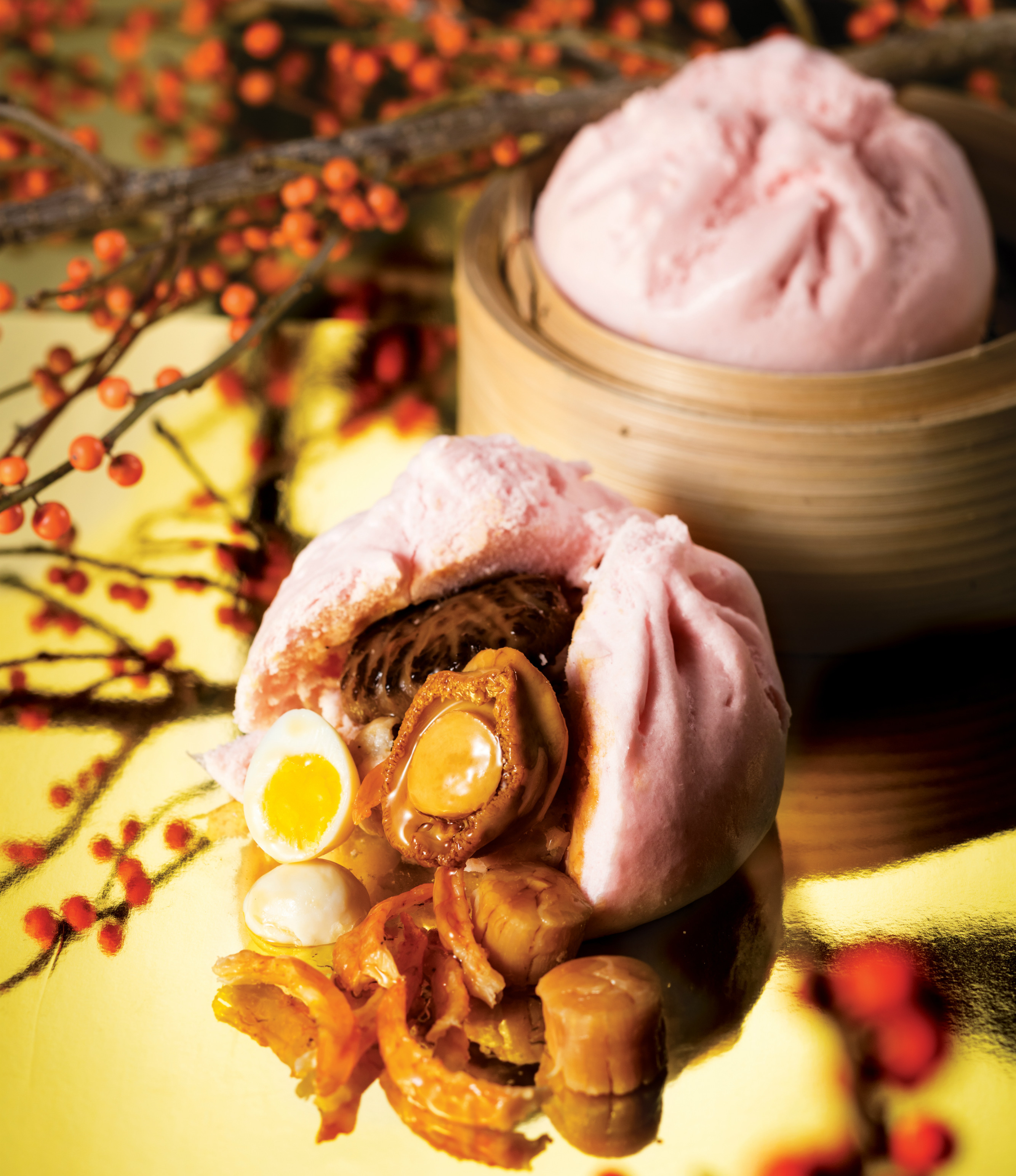 Outfitted in a dragon motif with gold and red accents, the newly opened Dragon Noodles Academy provides a fitting setting in which you can toast to the new year. Dig into contemporary-style Chinese dishes including festive dim sum plates such as steamed jumbo abalone buns (HK$99) and baked Chinese ham puffs (HK$69). There’s also 8-treasure beggar’s chicken, and the requisite steamed fish, a whole garoupa served with pomelo peel and mushrooms. 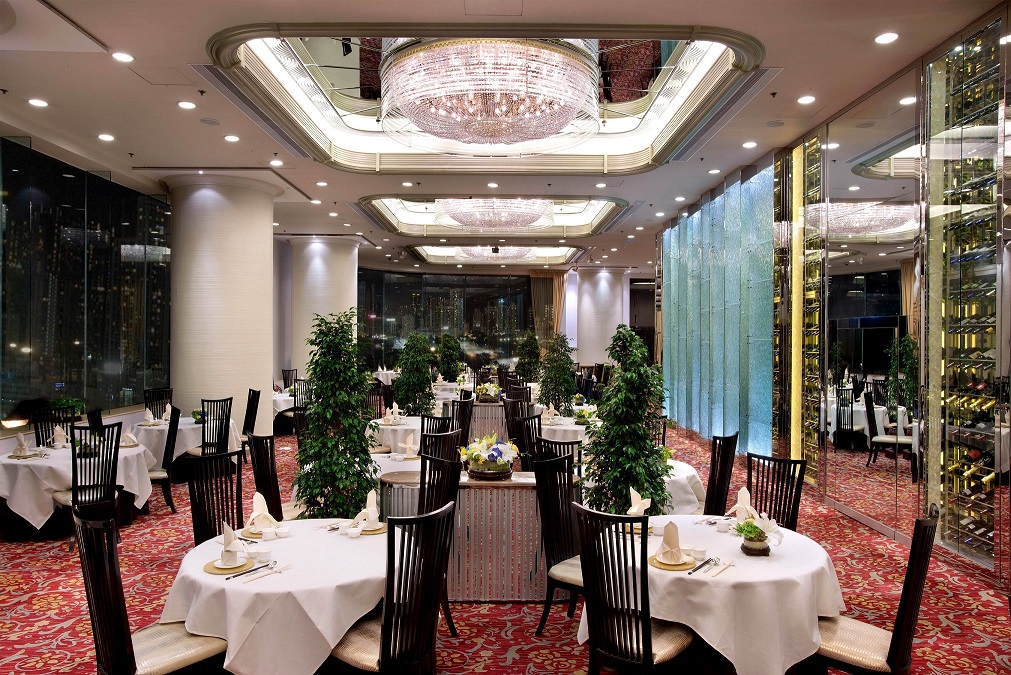 For a classic Chinese setting, pull up a seat at Regal Palace, which will be serving 10 special Chinese New Year dishes prepared by executive chef Christopher Yeung. Start with tossed fresh salmon and melon, then move on to braised pomelo peel with sea cucumber, braised grouper with fish maw, and pork-belly-and-bean-curd casserole (HK$188 and up). Poon choi — a communal dish served in a wooden basin with a variety of prized Chinese ingredients such as abalone, taro, turnip, roast duck and chicken — is available from HK$1,388 (one-day advanced booking required; serves 6–8 people). Available: Through 31 March 2017; reserve one day in advance With dazzling contemporary Asian fare and a view to match, CÉ LA VI is our go-to option for a more modern CNY menu that still boasts festive flair. Settle down in the 24th floor dining room for a five-course set menu (HK$888 per person) and make your way through dishes such as chef Kun Young Pak’s homemade bulgogi bao buns — a Korean twist on the popular Chinese snack paired with a green onion salad and black garlic dressing — a nigiri assortment platter, ‘prosperous’ Japanese red snapper served on cauliflower puree, and 12-hour braised pork belly. Don’t miss out on a selection of excellent cocktails to cap off the celebrations. Available: Through end of February 2017