Home > Food & Drink > Dining > A Step Beyond Pep: The most creative pizzas in Hong Kong 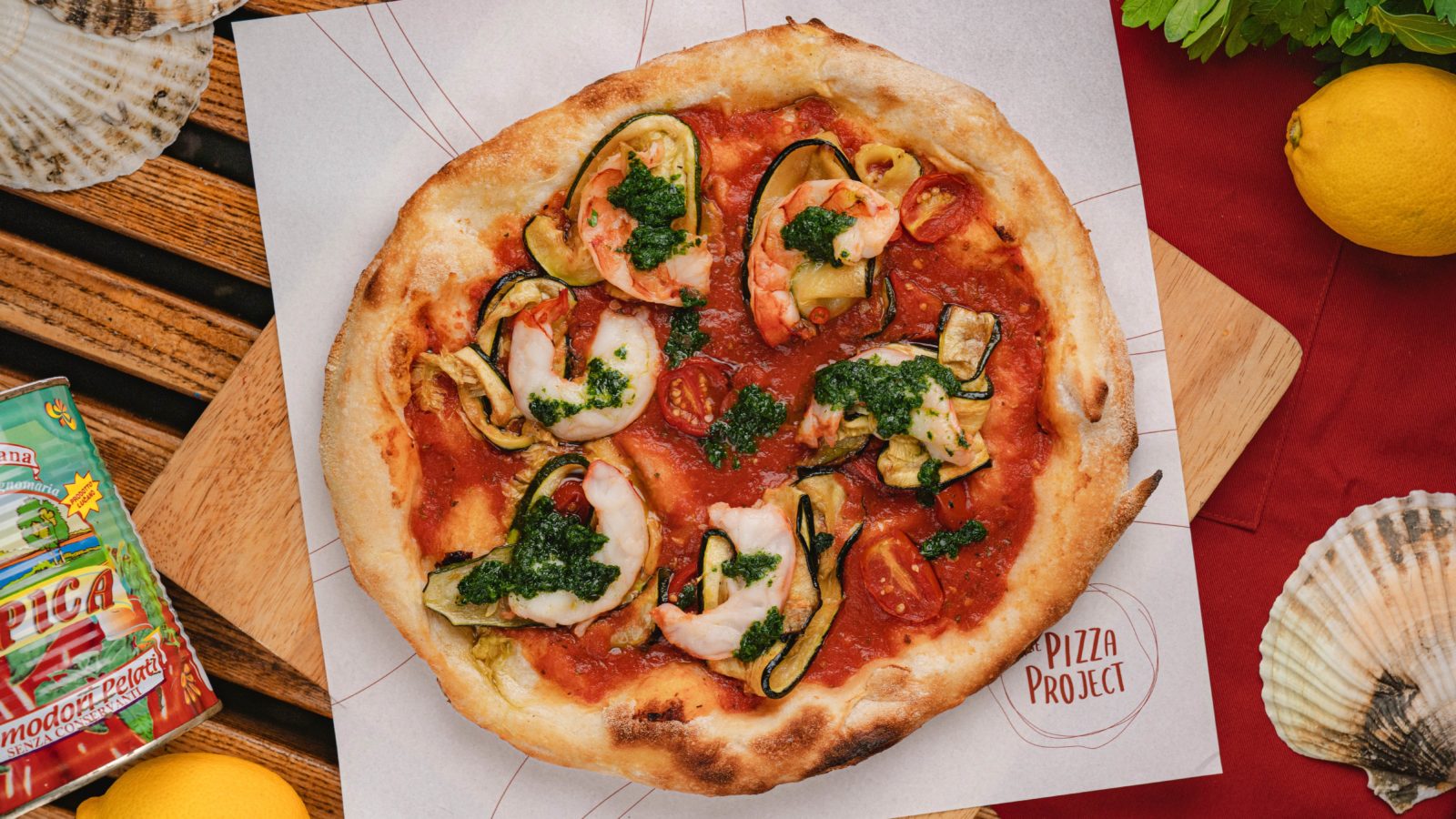 A Step Beyond Pep: The most creative pizzas in Hong Kong

Food & Drink
A Step Beyond Pep: The most creative pizzas in Hong Kong
Share this article
Next article

Time for a pizza adventure!

Everyone has a go-to favourite when it comes to pizza. The ones you inexplicably crave; or mindlessly order after a wild night out. These are the pies — we call them MMMs — that comfort and satisfy; slices you can’t get enough of, and don’t even mind tucking into while they’re ice-cold the next morning. This list is not one that honours such reliable slices, but instead encourages you to choose a little different than the typical.

Something unusual! Something new! Here are the most creative pizzas in Hong Kong.

Alvy’s Bak Gwei has become quite an icon amongst the treasure trove of eateries around Kennedy Town’s harbour-front. Some especially even make the special trip for a single slice. It’s that good. Cleverly leaning into familiar flavours with ingredients so unexpected, the Bak Gwei is a creamy gruyère béchamel base topped with char siu, mozzarella and geung yong –– the minced garlic scallion dip typically served on the side with Cantonese ‘white cut chicken’.

Tucked away in a cosy shophouse is La Camionetta –– Soho’s best kept secret. Run by husband-and-wife duo, Benito and Giulii, the pizzas here are an apt case study on the signature flavours of various Italian regions with both traditional and novelty pies. The La Montagna is one which belongs to the latter, a love letter to South Tyrol and its dairy-centric appetites with a fresh cream based topped with fior di latte, speck, onions and a grand finish of thinly sliced potatoes spread evenly under a melty blanket of raclette cheese.

The pie: Anything from Seasonal Specials

You’re probably already familiar with this Pirata Group mainstay. An honest dedication to classic ‘za aside, it’s the seasonal specials you should really keep your eyes on here, often one of utter extravagance and indulgence. A Golden Truffle pizza complete with gold leaf was created Hong Kong’s first Olympic gold; a Crab and Sea Urchin pizza made for in honour of summer’s freshest catch (pictured above). The next one will probably be designed for Christmas –– pistachio pesto is said to be on the cards, and perhaps a complete roast turkey experience?

The pie: Whatever the season inspires!

Motorino, everyone’s favourite neighbourhood pizzeria, serves up Neopolitan-style pies that are the perfect chewy-dough, leopard-spotted creation. When not slicing up one of the joint’s many staples, go for a special selection that riffs on classic recipes. The Contadina, crafted during the start of spring, is a recreation of Guanciale, made with added fava beans and the savoury pork cheek toasted to a crunchy crisp.

Amalfitana Central has made quite a home on busy Wyndham Street, a notable change from its original on the peaceful Repulse Bay coast. The new boisterous atmosphere comes with a new selection of bold pies by Italian chef Michel Delgi Agosti that break the mould of classic tomato and cheese. One such creation, the fig and porchetta pizza. A renewed take on a traditional Tuscan recipe with Mascarpone white sauce as the base, the pizza is finished with porchetta slices, toasted pine nuts, fior di latte, Bocconcini mozz, curly kale and sliced seasonal figs that balance out the rich cheesiness.

The pie: Brooklyn Special (and anything on the Specials)

That gloriously cheesy pie you’re currently looking at is sadly not the Brooklyn Special at Fini’s, but a special seasonal made a while back: Lobster mac and cheese, ingeniously mashed together with a scoop of the Italian-American restaurant’s famed pasta dish with tender Boston lobster chunks. Petition to bring it back! But the Brooklyn Special is also a creative one; a veggie-friendly slice made with fried eggplant, roasted garlic and peppers and homemade mozzarella.

Should Sunday morning pizza cravings warrant something other than pepperoni, have a browse through Southside Pizza Co.’s New York-style slices that are made with deliciously creative twists. It’ll be ones you didn’t even think of but makes so much sense to have: a smokey barbecue chicken or curried butter chicken. One worthy highlight, though, is the new Texas Beef Chili, which packs a mild heat from the Australian beef seasoned in a tangy beef chilli sauce and garnished with jalapeños, red onions, sweetcorn and mozzarella cheese.

Southside Pizza is avaliable for takeaway only. Orders can be placed here.

The next time you patronise Ciao Chow in search of some Italian comforts, take a chance on the Salmone Affumicato. It’s essentially smoked salmon salad so rest assured each bite will be a health-conscious one –– guilt-free and easy! On the cheesy base, a mound of mâche salad leaves, truffle caviar, Parmigiano and silky swirls of smoke salmon slices.

As the self-proclaimed matriarch of all pizzas, you can only expect show-stopping pies from Mother of Pizzas. Controversial ones, too, it seems, with the creation of the Hawaiian CoCo. topped with two very blasphemous no-no’s: shredded coconut and sliced pineapple. But with its traditional Neapolitan-style base –– 48-hour leavened and finished in a rapid-fire roast –– the inventive topping style is hopefully forgivable to even the most serious pizza lover. In any case, the chilli-infused honey and pineapple combo from Summer of Love 1967 is actually very delicious, so I’m confident the same can be said for this edition.

Don’t forget to vote for your favourite pizza — and other local favourites — in the MMMs Readers’ Choice Awards 2021!