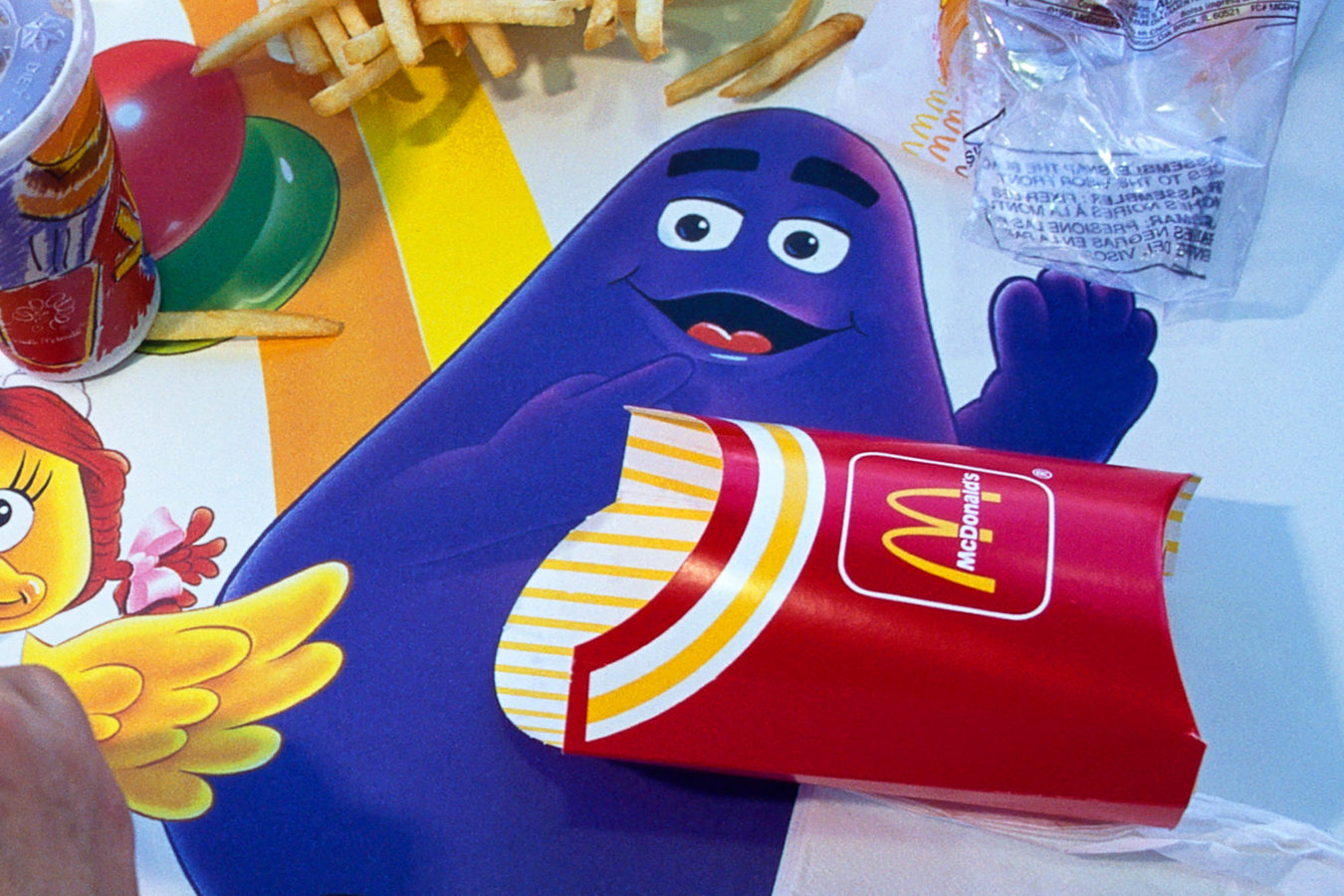 What, exactly, is Grimace?

Food & Drink
What, exactly, is Grimace?
Share this article
Next article

A McDonald’s manager in Canada probably didn’t expect his interview with the CBC to be as big a deal as it was. Sure, Brian Bates had just won an Outstanding Manager of the Year, and yes, he seemed to hint that both Spicy McNuggets and minor price increases would be coming to the fast-food giant soon — at least in Canada — but those weren’t the takeaways that got Twitter’s attention.

CBC News asked Bates what, exactly, Grimace was, and Bates’ answer seemed to surprise everyone. “He is an enormous taste bud,” Bates said of the purple McDonaldland icon. “But a taste bud nonetheless.”

A taste bud? Really? (Star Trek actor-turned-Twitter icon George Takei responded with an “Oh dear” after learning this info.) Although that was a jaw-dropping revelation, it has occasionally been McDonald’s story about the amorphous purple blob — but the company has also given an alternate explanation for the character, too.

In a McDonald’s commercial from 1972, Ronald McDonald pays a visit to “Evil Grimace,” his shapeless four-armed adversary. Evil Grimace lived in a cave and had stolen all of the cups from McDonaldland, which meant that no one could have any milkshakes or Coca-Cola. Ronald tricked Evil Grimace into believing that he’d been selected for a beauty pageant and Grimace left his cup collection behind for Ronald to collect and take back to McDonald’s to fill with sodas and shakes. (I have a lot of questions about this entire scenario, and a lot of them have to do with sanitation.)

Grimace was eventually given a makeover at the corporate level, so they lopped off two of his four arms and decided that he’d be a good guy instead. Roy T. Bergold Jr., who previously served as McDonald’s vice-president of advertising, said that the OG version of Grimace had a tendency to inadvertently scare kids. “The original Grimace was scaly, mean-looking, had four arms, and had no charm whatsoever,” he told QSR in 2012. “We changed him to a soft, plush, two-armed blob of a sweetheart who only wanted McDonald’s milkshakes and to hang out with Ronald.”

But McDonald’s later revealed that there was an entire… species of Grimaces. In the late 1970s, they introduced a green version called Uncle O’Grimacey who had his own fixation with the seasonal Shamrock Shake, and in 1999, another ad featured his aunts, Millie and Tillie. In a 1999 episode of the direct-to-video animated series The Wacky Adventures of Ronald McDonald, Ronald and his onscreen pals travelled to Grimace Island where an entire group of Grimaces lived. (Although this show has probably been forgotten by all but McDiehards, the voice cast included Christine Cavanaugh, who also voiced Chuckie from Rugrats and the title pig in Babe; Pamela Adlon, who voiced Bobby Hill in King of the Hill; and the late Verne “Mini-Me” Troyer, who played the role of Sundae.)

It’s hard to pinpoint when, exactly, this Grimace-as-Taste Bud thing began. In 1994, then-McDonald’s spokesperson Jane Hulbert had an entirely different explanation. “Grimace personifies the child in everyone,” she told The Straight Dope. “He is Ronald [McDonald]’s special pal. Everyone loves Grimace because of his innocent loving nature. He occasionally causes trouble in McDonaldland because he is clumsy, but his friends overlook this because he is so happy.”

So in 1994, he was “the child in everyone,” and six years later, he was part of a group of creatures who lived on their own island, like lumpy purple versions of what Charles Darwin discovered in the Galapagos. But in 2010, a McDonald’s spokesperson reportedly told the now-defunct Tech Mommy blog that Grimace was, in fact, a taste bud.

Food & Wine has reached out to McDonald’s for comment, but have not yet received a response. Until then, we’re choosing to believe that the real Grimace was the friends we made along the way. Even that’s better than the taste bud thing.