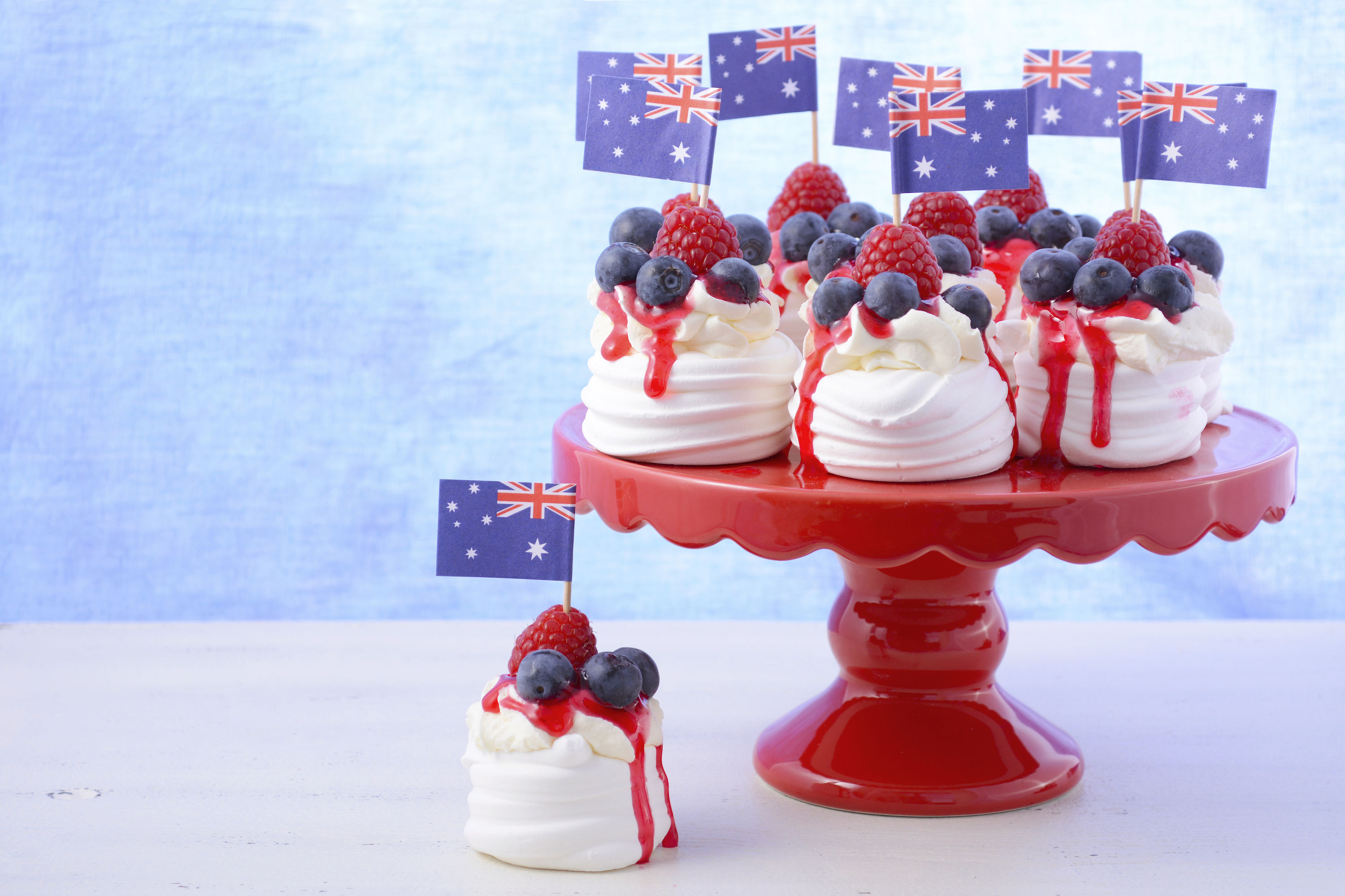 Where to celebrate Australia Day in Hong Kong

If you’re an Australian living in Hong Kong, it’s easy to be missing home right about now, as the country gears up for National Day celebrations filled with fireworks, beers, and sausages and steaks sizzling on the barbie. While we can’t promise the same sunny weather here, there are plenty of places in Hong Kong to enjoy great food and drinks in the spirit of the holiday. Australia Day falls on 26 January every year, but with Chinese New Year close on its heels, the celebrations are kicking off a few days early this year. Here are local spots where you get in the ‘Straya’ Day spirit. When: 20 January, lunch at noon followed by 2:30pm cocktail reception

The beautiful ballroom at Island Shangri-La welcomes the youngest person on the 2012 list of ‘Australia’s Most Influential Women’ as the guest of honour for a special Australia Day luncheon. Hosts AustCham have brought in Holly Ransom — the world’s youngest Rotary Club President, Chair of G20 Youth Summit, and Co-Chair of the United Nations Global Coalition of Young Women Entrepreneurs — and other young influencers for a networking and social luncheon, followed by a cocktail reception at 2:30pm. If you’re an Australian looking for new contacts in Hong Kong, whether personal or professional, this is a great place to start.

Fire up the barbie at Frites 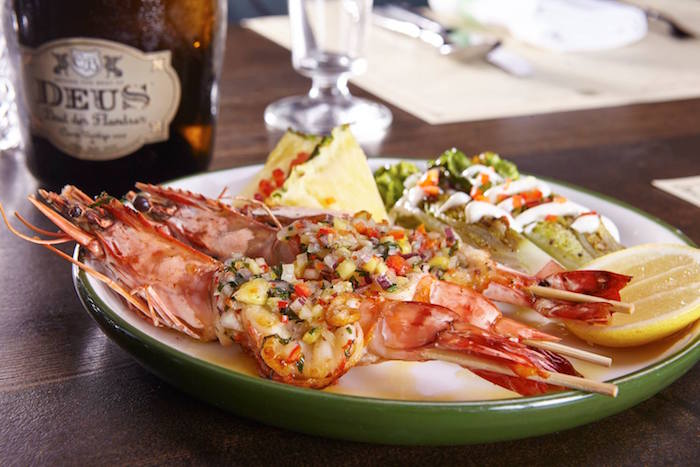 When: 26–29 January, 7pm film screenings at all four locations

Australian-owned Belgian beer hall Frites is going back to its roots with a series of barbecue specials for Australia Day, combined with a screening of the classic Outback film Crocodile Dundee. Feast on “shrimp on the barbie” (HK$175) topped with grilled pineapple, mint and chilli sauce; slow-cooked lamb ribs (HK$185) paired with lemon, cucumber, yoghurt and pomegranate; and low-and-slow smoked brisket (HK$195) served simply with slaw and baked potato. Every order comes with a cold beer — a must for celebrating the holiday in true Aussie style. 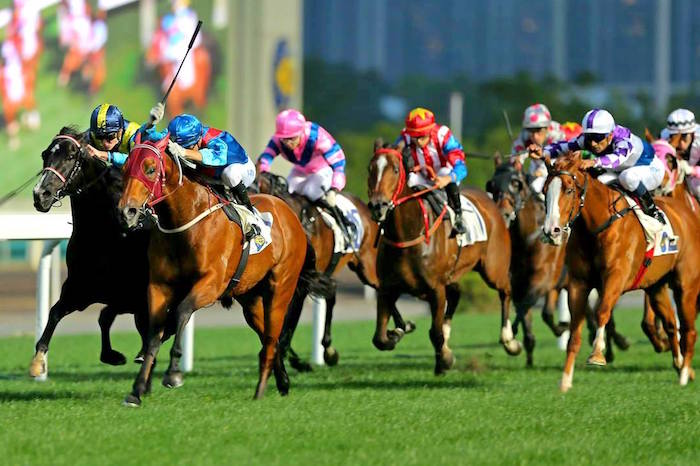 Join the Australian Association of Hong Kong for an afternoon at the racetrack, including a buffet luncheon and unlimited free drinks. The event starts at noon and ends at 6pm, which leaves plenty of time for getting properly sloshed as you cheer on your favourite horses. The private box fits a maximum of 20 people, so book tickets now to jockey for a spot at this VIP event. 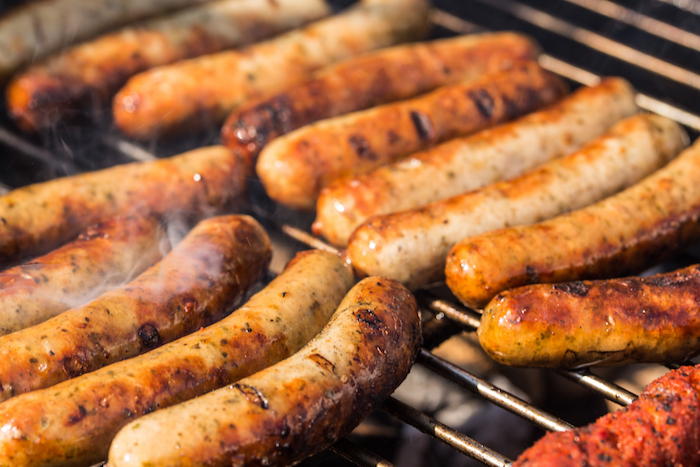 The Hong Kong Sizzle Association, which we can only imagine as a rambunctious group of die-hard sausage fans, is throwing their inaugural sausage sizzle at popular Vietnamese eatery Le Garçon Saigon just in time for booze-filled Australia Day celebrations. Chef Jowett Yu and Bao La, of Ho Lee Fook and Le Garçon respectively, will be manning the grills, so you know the food’s going to be top-notch. Enjoy one commemorative stubby cooler, one beer or glass of rosé and one barbecued sausage, or ‘snag’, with all the condiments for HK$130 per person. Furry friends are encouraged, so bring the whole family down for the ultimate weekend barbecue. 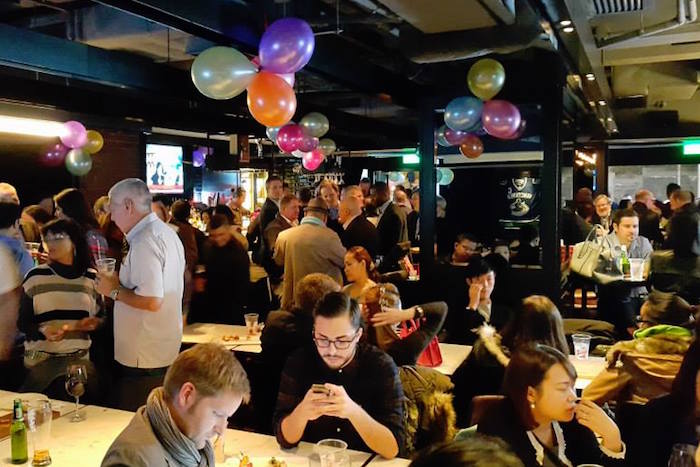 Test your trivia for a good cause at the Australia Day Trivia Night, taking place at Forbes 36, where the fee of HK$150 will be donated to the Fred Hollows Foundation, which focuses on treating and preventing blindness in underdeveloped nations. Embrace your patriotic pride as you’re quizzed on Australian–themed trivia, all while downing plentiful pints and dining on classic pub grub. Australians are notorious for drinking midday, so why shouldn’t we follow suit in the spirit of the holiday? Cut the work day short and celebrate with colleagues in the week leading up to Australia Day with a complete sausage sizzle package delivered to your workplace, including one hot snag with caramelised onions, a lamington and Anzac biscuit for HK$100 per person. You can also tack on a six-pack of direct-sourced, small-batch Australian wines from the Wine Brothers for HK$850 extra.

Price: HK$100 per person. Email fatlegsbbq@gmail.com to place an order. 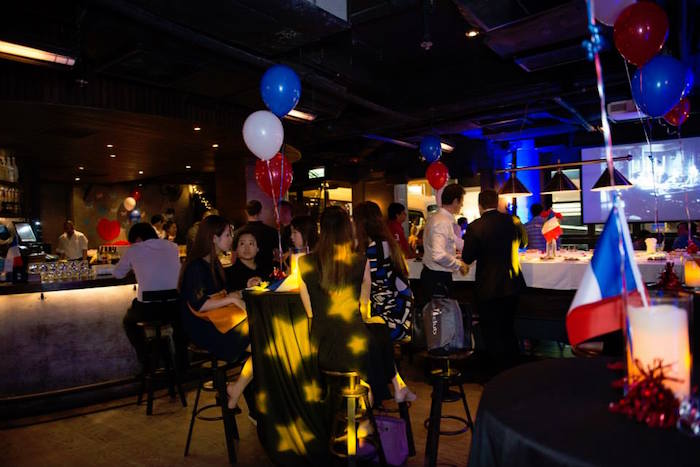 There’s tons of fun to be had at the Aussie-style celebrations taking place at Rula Bula on 26 January, with half-price drinks until 8pm. Groove to tunes via Australia’s national radio station JJJ Radio, cheer on your favourite players in the Australian Open, and fill up on sausages and Aussie beers during a debaucherous night of Aussie-style fun. Popular Australian group The Benchwarmers Trio will also be playing an acoustic set at 7:30pm.

Take-out from Chicken on the Run 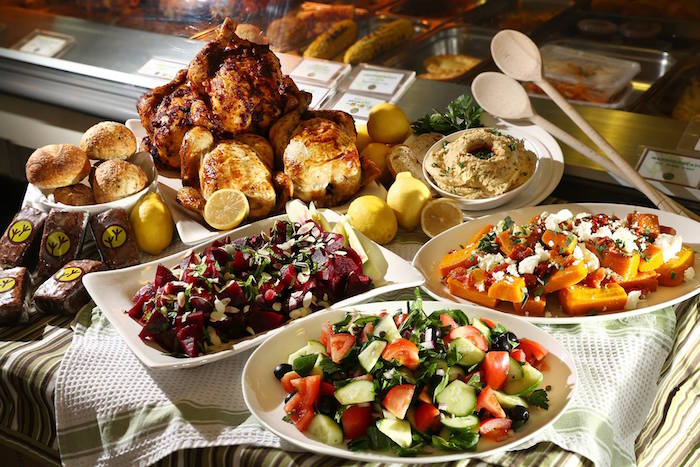 When it comes down to it, there’s no better way to celebrate Straya Day than hanging around with mates with a stash of cold beers and delicious food. If you’re doing the holiday at home this year but haven’t the time to whip up a true Aussie spread, pop over to Chicken on the Run to stock up on all things delicious from the land down under. Throw a true Australian BBQ with juicy, free-range Aussie rotisserie chickens, grilled sausages, and ample sides such as mash potatoes, corn-on-the-cob, Aussie coleslaw salad, chicken herb patties, chicken and mushroom lasagna, and more. You can even pick up Aussie chips and desserts such as the classic lamington. Grab a few six-packs on the way home and you’re ready to roll.

Dining Restaurants barbecue Le Garçon Saigon Australia Day Barbie where to barbecue hong kong australia day barbecues AustCham forbes 36 sha tin racecourse chicken on the run meat pie frites
Leslie Yeh
Editor in Chief
Having worked as a lifestyle editor for almost 10 years, Leslie is thrilled to be writing about the topic she loves most: wining and dining. When she's not out pounding the pavement for the latest new restaurant opening or tracking food trends, Leslie can be found at home whipping up a plate of rigatoni vodka and binge-watching Netflix with a glass of Sauvignon Blanc in hand.
Dining Restaurants Food Trends Drinks Travel
Sign up for our newsletters to have the latest stories delivered straight to your inbox every week.