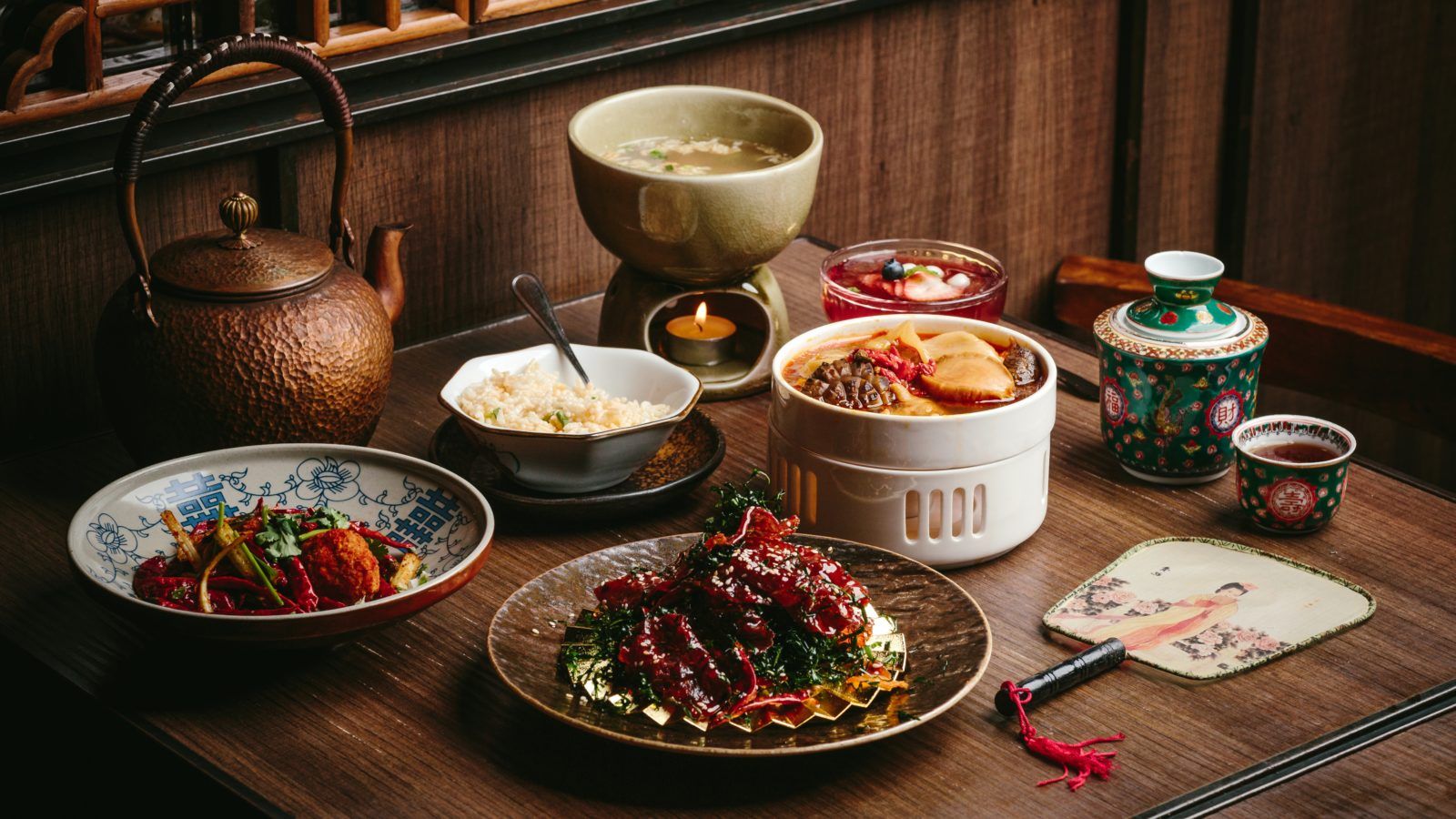 How to celebrate the first T8 of 2022? With New Eats! Also, how to recover from a sad, wasted long-weekend of gloomy rain? New Eats! New Eats!

And here we are, it’s July. Which also means, it’s officially summer — or what most of us actually wants, summer holidays. If you’ve managed to duck out of the office earlier than planned, Burger Circus is returning to TST (outside La Vache!) for a 10-day pop-up serving three signature patties starting today. Elsewhere, celebrations are in store at UMI and Club Rangoon, who marks five and two years in the city respectively, while Brooklyn Yakuza welcomes a new chef for their westernised izakaya fare. But, one that will really fill the gap of a summer holiday sorely lacking: Clarence’s wine-flight tasting experience, set to instantly whisk you away to France’s wine country.

Keeping to UMI’s reputation for the finest seasonal ingredients, the current rotation of in-season serves includes appetisers of Mie Prefecture’s Trumpet Shell Conch — sweetest between June to October — served with jelly fish and myoga ginger; and Fukuokan Filefish, a lighter, more delicate version of the winter variation, paired with liver sauce and spiced daikon. It also stars Hokkaido abalone, prepared slow-cooked and gently steamed to retain a natural sweetness and served with a dip made with abalone liver for a flavour rich in complexity. As for the nigiri portion, the menu is set to change daily depending on the catch, but Harada has managed to source some sought-after specials: Spear Squid from Fukuoka, Nagasaki Goma Saba summer blue mackerel, Hokkaido scallop, Oita Marble Sole Flounder and Kumamoto tiger prawn.

Maintaining its spot upon the Michelin Recommended Guide for 11 consecutive years, Old Bailey’s Sichuanese eatery Chilli Fagara has proven to be expert in balancing the ma, la, tang flavour pillars of the fiery cuisine. To demonstrate, Chong Qing-born chef Chan and daughter Tracy have devised a special eight-course menu to showcase the restaurant’s take on popular central Chininese dishes. It includes Deng Ying Beef, crispy fried beef slices coated in chef Chan’s own chilli sauce; The Pearl of the Orient, a Hong Kong-influenced dish of cherry wood-infused chicken wrapped in fresh longan; and a nod to tradition with the region’s own take on the Dan Dan Noodles, dry-mixed with minced meat and noodles.

It’s been two years since Central’s Aberdeen Street welcomed one of the city’s only Burmese-dedicated restaurants, Club Rangoon. To mark the occasion, the restaurant is gearing up for a week-long celebration between 5 to 9 July that includes Common Abode gift vouchers and a charity raffle in support of of Karing Frontiers, a Hong Kong-based organisation driven to offer Burmese refugees and migrant youth worker access to education.

Also part of the program is an anniversary dinner that replaces the usual a la carte menu for a curated evening of Club Rangoon’s best dishes, served alongside a beverage pairing of two cocktails and two wines. It includes the likes of Potato Samusa and Village-style Egg Curry Bites, along all-time favourites like Myanmar’s national dish of Mohinga and the Burmese biryani, A Mel Thar Dan Bauk, served with Australian Wagyu beef cheek. As for the cocktail program, the bar switches between old signatures — gin-based Pegu Club — and newer additions — Ma-Gyi-Thee, translating to “Tamarind”, a sweet and sour sip of vodka stirred in with homemade tamarind liqueur, lychee juice and homemade rose and coconut essential oils.

You’ve likely heard of chef Olivier Elzer’s causal French destination, Clarence, home to his original “Yakifrenchy” concept. Well there’s another new franchise in the making at the H Code restaurant: Somm Hour, a newly added wine flight experience hosted at the Raw & Wine Bar, or for moodier ambience, The Lounge, catering to the city’s most discerning oenophiles. Eight rotating wines are curated by head sommelier Zsolt Menku — previously trained at notable Michelin-starred spots in both London and Hong Kong — and includes three reds, three wines and a two blind-tasting “mystery” bottle from each. Available every Thursday to Sunday from 4 to 6pm.

There’s a new executive chef cooking up the izakaya-themed dishes at Showmen Group’s Brooklyn Yakuza: Phillip Kun-Young Pak, an Aspen-born Korean-American whose name might ring a little familiar — he was most recently executive chef at Hari Hotel’s Zoku. Before that, Pak held various positions under renowned names, including Japanese chef Nobu Matsuhisa at his titular Nobu outposts in both Vail and Aspen as well as British TV personality Gordon Ramsay.

At Brooklyn Yakuza, Pak brings along a similar stride of westernised Japanese cooking to the restaurant with a focus on seasonal ingredients and bold flavours. Naming fermented miso as his favourite ingredient — and an integral part of his Japanese cooking — Pak infuses the umami-rich condiment into soups and stews, while doubling its use as a flavourful marinade. On the menu, Pak introduces new dishes spread across Nibbz, or small appetisers, of Wagyu Beef Oshizuhi with shisho sesame rice with sweet truffle soy and Rice Crispy with Spicy Tuna; and Mainz with Hamachi Collar in Wasabi Ponzu, Grilled Squid in Yuzu Gochujang Glaze and Braised Short Rib with Dashi Risotto among others.

Hong Kong New Eats Maison Es chilli fagara Club Rangoon brooklyn yakuza clarence
Lorria Sahmet
Editor
After two years writing in luxury retail, Lorria now covers food and drink happenings in Hong Kong. When not taste-testing for the best fries in the city (shoestring, always!), find her at home obsessing over tableware and attempting a fruit garden on her tiny bay window. She is happiest by the ocean with a giant fishbowl-glass of Aperol Spritz.
Food Drinks Culture Living Hong Kong
Sign up for our newsletters to have the latest stories delivered straight to your inbox every week.