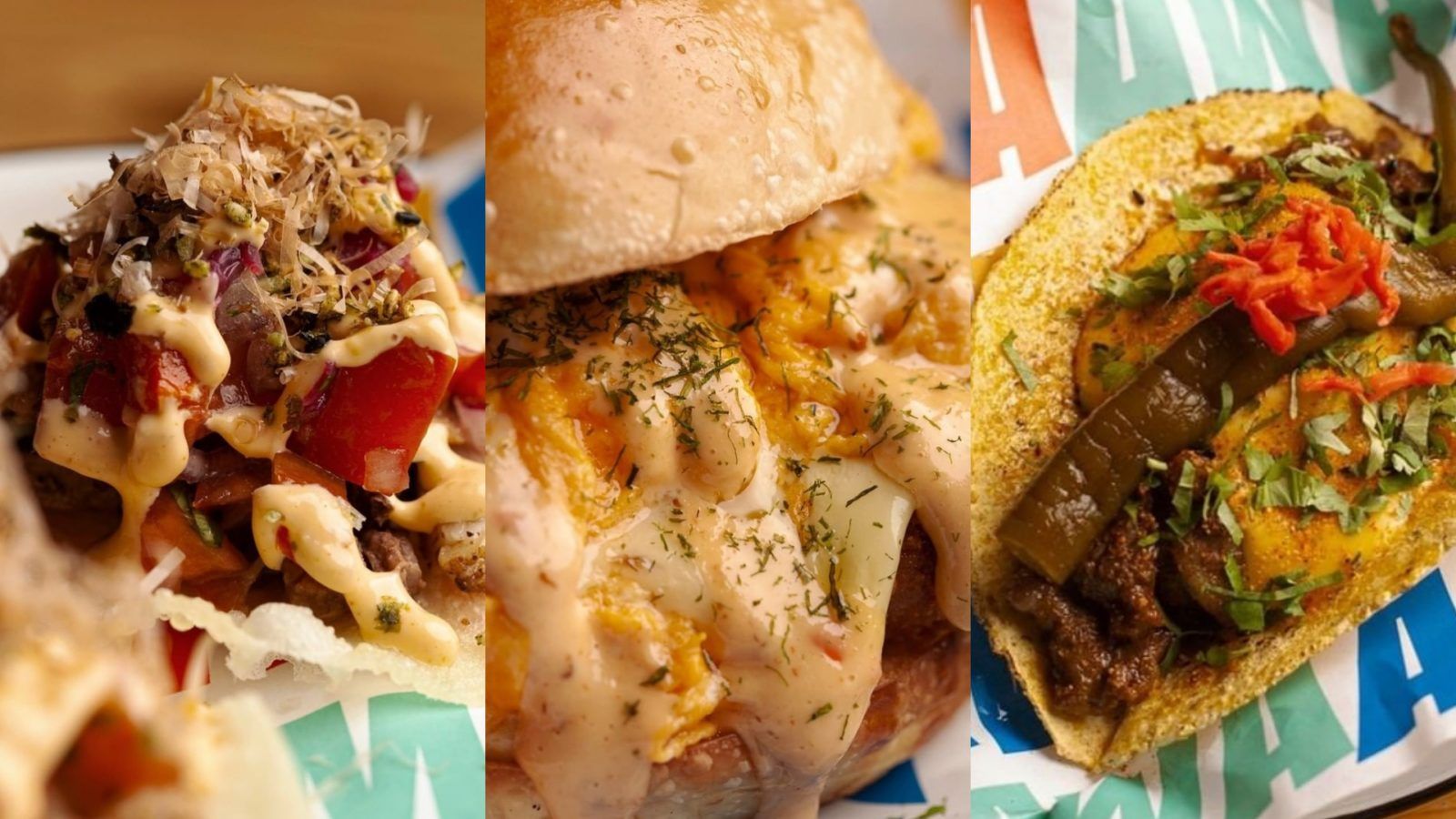 Just before Chinese New Year feasts come sprinting around, you need a weekend crash course on stretching out appetites with all those small meals your January “New Year, New Me” regime has you nibbling. That’s the only way you’re gonna finish both the sticky coconut pudding and the turnip pudding, along with the eight-course banquet feast.

You’ll want to be where it’s at this weekend: Soho, at least according to this collection of menus. There will be a collaborative menu between Happy Paradise and Argo; AWA AWA with Fat’s Chad’s. A lobster roll pop-up at The Wild Lot. A Malaysian-influenced pop-up by MYYZ Concepts from Hatch. And when you’re done boozing and cruising your way through the neighbourhood, get your fill of Sri Lankan street-food comforts from chef Gizzy at Hotal Colombo.

No More Tummy Grumbling! What to eat this weekend:

You might also like…
Food & Drink
The Home Chef: Date by Tate pastry chef Graff Kwok’s Walnut Pastry recipe
Food & Drink
Tearless Onions: Sunions will be your friend in the kitchen

With current dining restrictions, Happy Paradise is open from 12 to 6pm.

Pack your bags, buckle your seatbelts and catch a direct flight out from New York to Okinawa this Sunday. Through your plate, that is. Travel bug almost cured for restless non-travellers. Grab-and-go New York-style bodega Fat Chad’s makes a pit stop in Soho for a full afternoon at Okinawan spot AWA AWA to sip and savour a joint menu topped with signatures from both venues, or vaguely, “Sammies, Bloodies and Boiler Maker”. Expect classic bodega makes, including a Brekky Bun to grilled cheeses and a Philly Cheese Steak riff served alongside a boozy roster of Okinawan cocktails.

With current dining restrictions, AWA AWA is open from 12 to 6pm, 6 to 11pm for takeaway.

When: Saturdays and Sundays, from 12 to 4pm

On weekdays, chef Gizzy of Hotal Colombo, the buzzy little canteen on Elgin Street serving Sri Lankan-style street food, prepares a casual menu of sharing platters — famously the Colombo Crab — infused with fiery aromatics. On the weekends, she serves an indulgent feast of her own favourites. The “Moreish Brunch” is an extensive list of savoury plates with definitely a lot of spice. There’s a chilli potato fry served over buttered toast; loaded up toasties — choice of either cheese and seeni or pol sambol —; kari (Sri Lankan-style curry) served with milk rice; and a table-full of hoppers (Sri Lankan-style pancake) nesting with eggs and bacon or whatever you fancy with the serving selection of dips.

With current dining restrictions, Hotal Colombo is open from 12 to 6pm.

Scheduled to serve at Hatch’s test kitchen this weekend is MYYZ (pronounced “meez”) Concepts, pan-Asian flavours that take after chef Chris Tang’s Malaysian heritage (MY) and combines it with his wife’s Toronto roots (YYZ). The menu — “Memories” — is an intimate one; set to showcase the prolific ingredients in Malaysian cooking and chef Tang’s own nostalgic childhood favourites all through a modern, western-influenced lens. The four-course meal begins with “Last Meal in Taipei”, a prawn tartare, followed by “Iced VLT”, veggies with a lemon tea dressing; a choice between “Papi Joe-Choa”, a beef sando, or “Mom’s Favourite Dish”, a lobster potato mille-feuille; before wrapping up with “Kaya Lolli”, an iced kaya lollipop. Add-ons, including one crispy chicken wing and Chinese lardo rice, is also available, should chef Tang’s delicious cooking tempt you into adding more.

Reservations can be made here.

For one day only, Lobster rolls are back for Round 2 at The Wild Lot. The multi-disciplinary space, now transformed into a lobster roll bar, will serve classic white, fluffy rolls — toasted! — stuffed full with buttery chunks of mayo-laced lobster. These will be served, courtesy of Fernet Hunter, alongside a selection of refreshing cocktails: a Flagrant Hot Sauce-spiked Bloody Mary, a Hard Mango Tea and Wheelie Good Radler. The talented team of Wild Food home chefs will also be cooking up a creamy clam chowder — for sipping, slurping and dipping purposes.

Reservations can be made here.

fernet hunter happy paradise hotal colombo ARGO The Wild Lot awa awa Hatch weekend eats fat chads
Lorria Sahmet
Editor
After two years writing in luxury retail, Lorria now covers food and drink happenings in Hong Kong. When not taste-testing for the best fries in the city (shoestring, always!), find her cosied up at home skimming through Netflix or nurturing baby plants in her indoor greenhouse. She is happiest by the ocean with a giant fishbowl-glass of Aperol Spritz.
Food Drinks Culture Living Hong Kong
Sign up for our newsletters to have the latest stories delivered straight to your inbox every week.