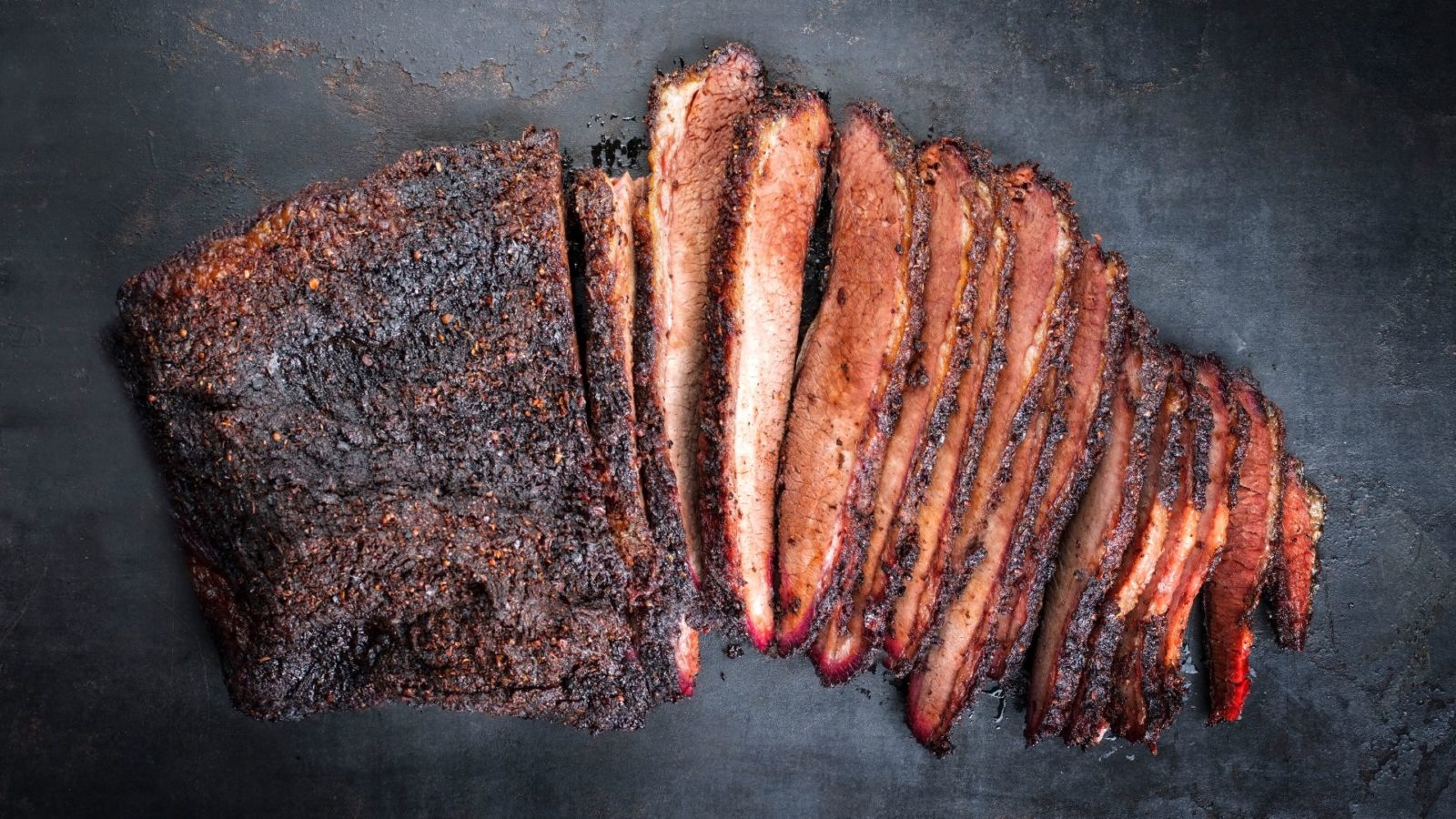 From Argentine asado to Cantonese siu mei, barbecue is nearly ubiquitous around the world, with many cultures showing a strong affinity for the magic that results when meat is cooked over an open fire. Though there are countless geographical variations of barbecue to be enjoyed, there’s no denying that American barbecue is one of the most popular — and delicious.

The word barbecue itself has several meanings: it can refer to a method of cooking, a word-burning cooking device, a style of food or a social gathering where that type of food is served. In the United States, what’s considered real-deal barbecue is cuts of beef or pork (ribs and brisket are common) cooked low and slow to produce incredibly tender, unctuous bites. Whether cooked over a modest flame or inside a wood-burning smoker, the meat is imbued with a delicious smokiness from the burning wood over many hours — another hallmark of American barbecue — before being served with a variety of sauces and side dishes.

Here in Hong Kong, we may be a long way from the US, but that doesn’t mean we can’t experience the joys of perfectly tender, melt-in-your-mouth meat made the American way. For the best American barbecue in Hong Kong, these are our top five picks.

One of the city’s top spots for American barbecue also happens to be its newest: Smoke & Barrel opened its doors in early October 2020. With a kitchen run by two American chefs and a custom-built smoker from the BBQ-loving state of Missouri, this Wyndham Street newcomer serves an authentic menu influenced by a variety of regional American barbecue styles, allowing diners’ taste buds to travel from Texas to North Carolina as they sample the flavours of the American South.

The array of smoked meats includes outstanding beef short rib, salt and pepper chicken, and Carolina-style pulled pork, best ordered with traditional sides such as mac and cheese, jalapeño cornbread and house-made pickles. (You can have an all-American meal here if you wish, or you can mix it up with international-influenced dishes such as yellowtail ceviche and okonomiyaki-style tater tots.) Don’t skip the restaurant’s three proprietary barbecue sauces — our favourite is the vinegar-spiked Carolina-style sauce — which you can purchase bottles of to take home.

Ensconced in the stylish surroundings of Rosewood Hong Kong, Henry may have the look and feel of an upscale steakhouse, but there’s more to it than meets the eye. Under the expert direction of chef Nathan Green, the restaurant pays homage to the culinary traditions of the American South, cutting across genres and cuisines to serve up everything from barbecue and burgers to tacos, fried chicken and, yes, some incredible steaks.

For barbecue fans, the a la carte dinner menu features smoked meats including a USDA Prime brisket served with a house-made espresso barbecue sauce, and Snake River Farms pork belly paired with peach ketchup. If you want to go big — and really, you should — order the gut-busting BBQ plate, piled with bacon and andouille sausage in addition to the aforementioned brisket and pork belly. During lunch service, the menu includes a drool-inducing BBQ sandwich made with brisket, sausage, pickled jalapeño and American cheddar, not to mention an excellent bacon-topped burger — and both are topped off with Henry’s BBQ sauce, made in-house.

Hidden away in a nondescript industrial building in Ap Lei Chau, CRFT-PIT (Craft Pit) began its life as a production kitchen that supplied smoked meats, seafood and other items to restaurants and hotels around town before launching an online store and a tasting room. Open for weeknight dinners and Saturday brunch as well as private events, the space features seating both in the no-frills kitchen and on a spacious terrace overlooking Lamma Island and the South China Sea.

The staff adopts an artisanal approach to Southern-style smoked and grilled meats: all rubs and sauce are prepared in-house and different types of wood are used in the smoker to impart distinct flavours to different cuts during the cooking process. Highlights of the menu include fatty slices of Texas-style brisket, racks of Memphis dry-rubbed baby back ribs and sandwiches piled with hickory-smoked and hand-pulled pork. The Montreal-style pastrami doesn’t qualify as American barbecue, but it’s used to make a Reuben that’s so delicious, it would be a crime not to mention it here.

American barbecue requires a lot of time, expert-level skill and special equipment, characteristics most often found in fancy fine-dining kitchens. In the States, however, barbecue is considered humble and unpretentious — the complete opposite of the white tablecloth experience. While Hong Kong may never see the likes of a roadside BBQ shack similar to what might be found in Texas, you can get close to that decidedly down-to-earth environment at SoHo’s The Roundhouse – BBQ + Beer, a casual eatery that’s been serving up smoked meats since 2013.

Pulled pork, beef short ribs, homemade sausage, and pork ribs are all on offer — not to mention a healthy selection of beers — but don’t pass up on the juicy brisket. For the full experience, nothing beats the BBQ platter with two types of smoked meat, fried pickles, and classic sides including mac and cheese, coleslaw and potato salad. There’s a selection of BBQ sauces made in-house — some spicy, some sweet — and all-American desserts like pecan pie and apple pie make a fitting finish to any meal.

With its wide selection of craft beers, sidewalk seating and laid-back vibe, Big Sur is a perennially popular spot in SoHo that opened in 2018. Though the concept seems to have changed somewhat since its debut, the menu currently offers a hodgepodge of Mexican, Californian (as you might expect from its namesake) and assorted items off the grill. Purists will note that there’s no such thing as a Californian style of American barbecue, but fortunately, the kitchen takes an authentically Southern approach here.

At Big Sur, it’s all about the spice-rubbed ribs, which are smoked over hickory wood before being slathered with the restaurant’s signature tangy barbecue sauce. (If you prefer, there’s also a smoked half chicken that’s been reared on corn for extra flavour.) Pinto beans, coleslaw and corn on the cob make for perfect accompaniments at dinner or lunch, when you can also order a non-traditional yet no less appealing smoked brisket sandwich layered with sliced beef, pickles and barbecue sauce on milk bread.

Dining barbecue The Roundhouse CRFT-PIT smokehouse barbecue big sur american barbecue smokehouse henry Smoke & Barrel
Michael Alan Connelly
Contributing Editor
Formerly the Editor-in-Chief of Lifestyle Asia, Michael is a lifestyle journalist who has written about food, travel, culture, and all the other things that make life worth living for more than a decade. A Chicago native who's also called New York, Hong Kong and Beijing home, his passions include cooking, hiking, dogs, and anything related to Italy.
Dining Travel Culture