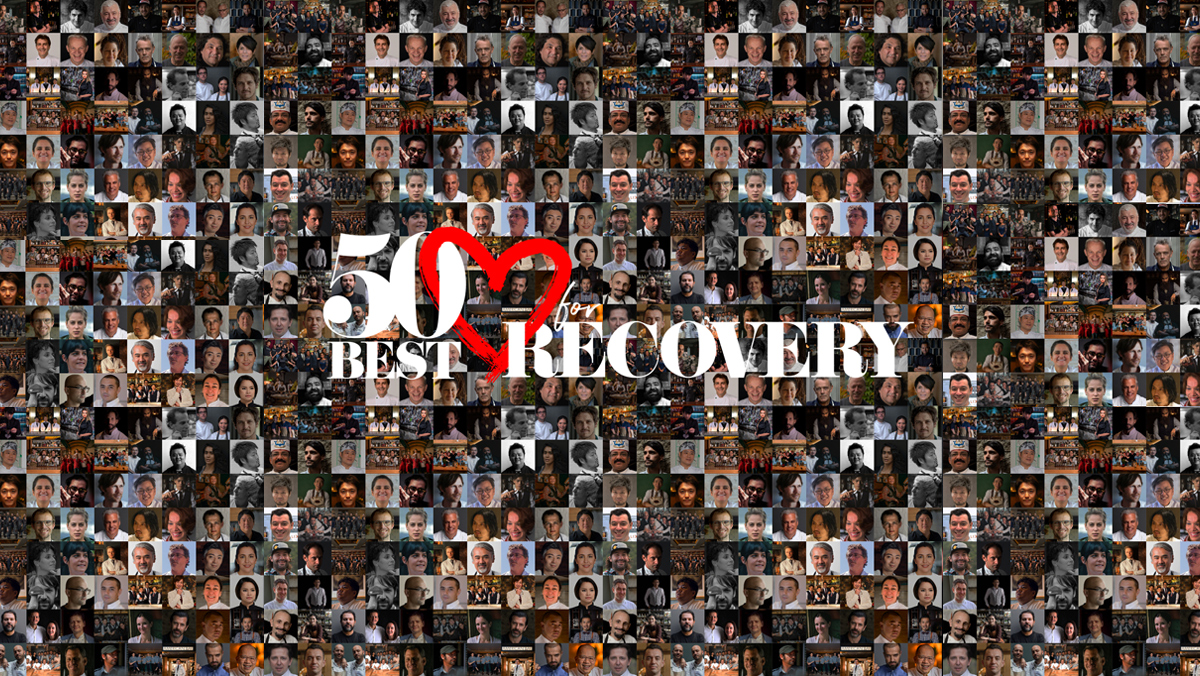 In lieu of the awards, the organisation has launched a campaign named ‘50 Best for Recovery‘, a programme that includes fundraising efforts to support restaurants worldwide, a digital content portal and a summit that will be held virtually this autumn.

In the coming weeks, for instance, galloping gourmands will be able to bid on gastronomic experiences and dinners from some of the top-ranked chefs and restaurants on the list, in a ‘Bid for Recovery’ Auction scheduled to be held in June.

Chefs and bartenders from the list will also share their quarantine-friendly at-home recipes for households on lockdown in an e-book called Home Comforts.

A space will also feature content for restaurants, restaurateurs and chefs, but also for food lovers on how they can help sustain and rebuild the industry.

Instead of the gala red carpet event, which was originally scheduled to take place in June in Antwerp, Flanders next month, a virtual summit will be held in September, which will feature masterclasses, interviews and discussion forums on how to rebuild the world of haute gastronomy.

New restaurants to try in May 2021