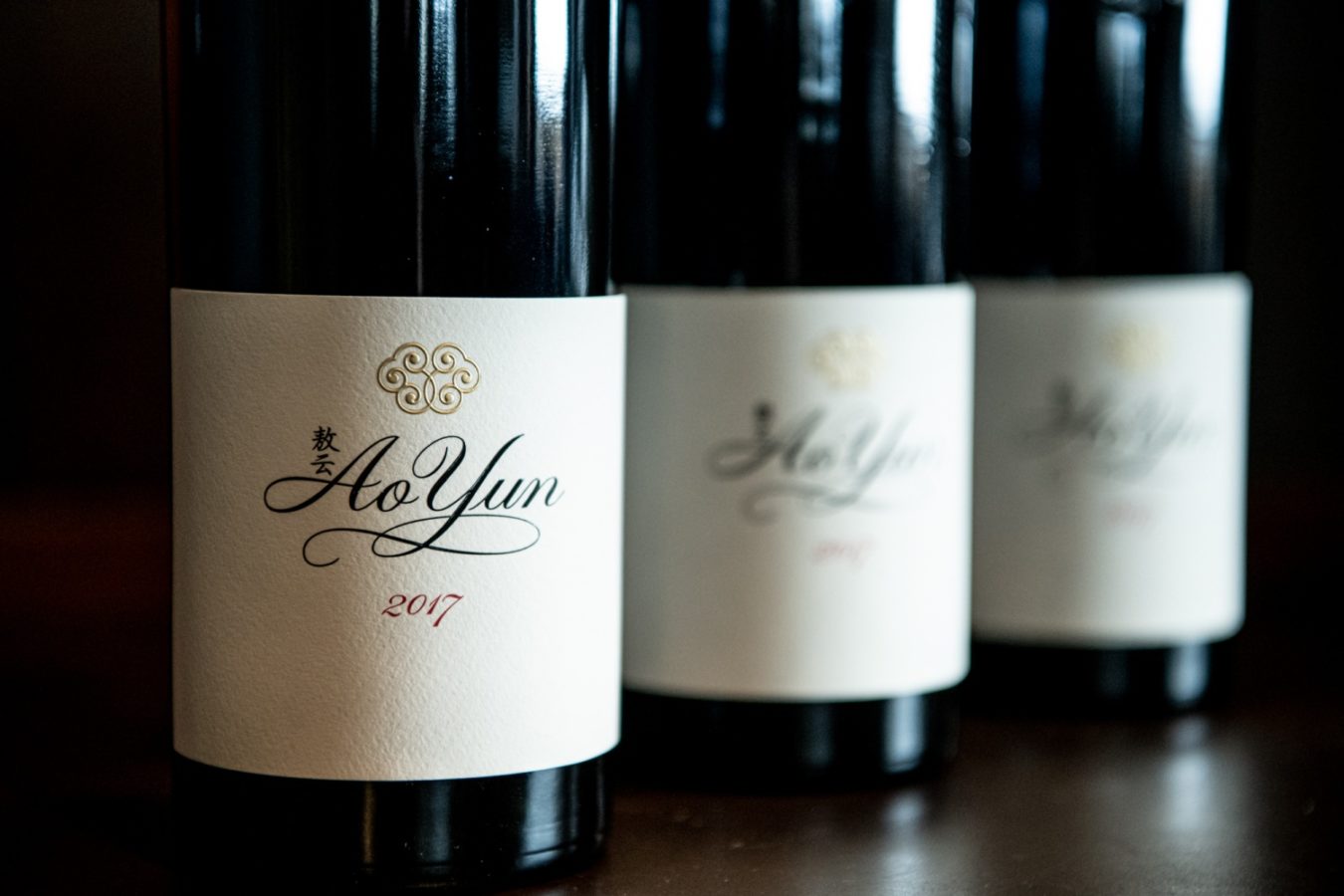 When we first talked to winemaker Maxence Dulou in 2017, the second vintage of his Ao Yun wine had just hit the market, and with it, a growing reputation for China as a serious wine-producing contender.

In within that short three years, China’s red wine consumption has only grown stronger (it is now dominating the market in the Asia-Pacific region) and Ao Yun — known as the first Grand Cru of the Himalayas — is cementing its place amongst the top producers around the world with its fifth and latest vintage: Ao Yun 2017.

We speak to the estate and technical director for Ao Yun, owned by Moët Hennessy Louis Vuitton (LVMH), about life in Shangri-La, overseeing wineries in Ningxia and Xinjiang, ideal terroir and re-writing the rules of modern winemaking.

You’ve worked for numerous estates in France, South Africa and Chile, and joined Château Quinault in 2005. How has your experiences shaped you as a winemaker?

I choose this job because I like the nature, to grow plants, to harvest their fruit and eat them. What is magical in the wine is you transform this fruit into something that can go through time and give emotion.But also you can travel all over the world and meet different culture and different nature. I had the chances to leave few years in these different part of the world and it brings me open mind. I learnt that what is good to do in Franschhoek in South Africa will not work in St Emilion in France.

What attracted you to China to explore its potential as a wine producer?

Since I was a student I was thinking of the potential of China to make fine wine. Because it is big as a continent and not a lot explored for wine making.

What was the toughest part about adjusting to life at Ao Yun? And what is the most rewarding?

Languages that I did not learnt enough make me powerless in some situation and not able to go deeper into local culture. Most rewarding is to participate to the birth of a Grand Cru from the Himalayan, understand the terroir uniqueness and diversity, adapt to it, harvest the fruit and transform them into Fine wine with unique expression.

Chinese people have had a long-standing love affair with red Bordeaux wines. How do you think a homegrown red can compete with that and is there a pressure to make Bordeaux-style wines?

I think that Chinese are very open minded and fast learner. At the beginning they were not so confident in their terroir and in their capacity to make great wine. Now they learnt and they are very supportive. They liked to taste some of their terroirs also not only Bordeaux or burgundy terroirs. We use Bordeaux cultivar and blend tool but we have the highest terroir complexity and diversity of terroir in the world. The result is an unique expression, a kind of hybrid between Napa and Bordeaux wine.

You mentioned the Judgment of Hong Kong during the luncheon. Could you tell us a bit more about this and how it reflects on China as a wine-producing region?

The Judgement of Paris in 1976 was the first worldwide blind tasting competition. In the ’70s, Californian winemakers strongly urged the industry to implement fair tastings that would give both the best French and Californian wines an equal opportunity to shine. As a result, in May 1976, Steven Spurrier, a British wine merchant, organized a competition in which French judges carried out two blind tasting comparisons between the two wine regions.

A Californian wine rated best in each category, which caused surprise, as France was generally regarded as being the world’s foremost wine producer.Ever since, the “Judgment” of local wines through blind tastings has spread to different cities.

The Judgement of Hong Kong was held in July 2020 where Ao Yun 2015 was crowned the overall winner. It took place on July 2, 2020, pitting Chinese wines against French Bordeaux.

The event was organized by Adam Janikowski, a Canadian wine enthusiast living in Hong Kong (no relation to LVMH). James Suckling participated in the event and subsequently wrote the article: “Another great showing for the best Chinese wines”.

The wines were served in 6 pairs; each time with a different French and Chinese red. The 16 tasters voted for their favourite wine in each pair. China won 4 out of the 12 pairs and tied the other two. Bordeaux failed to win in any of the rounds. Ao Yun 2015 was the overall winner. Ao Yun 2015 was tasted against Lafitte 2015 and 11 out of 16 tasters preferred Ao Yun.

This event showed to the world that Chinese terroir are worth tasting and that the quality of their wine has reached a high level. But the best is still to come as we need more time to understand all these newly discovered terroirs.

You mentioned that after three years of collecting data, you’re beginning to understand better the terroir of Ao Yun. What makes the region great for wine-growing, and what challenges have you guys needed to overcome?

Unique and very diverse terroirs. For example, we have two months of difference between harvesting CS in the earliest and latest terroir. Then these terroirs keep the freshness but bring density to the wine at the same time that is a gauge of ageing potential. Finally, the tannin texture is unique due to the longer ripening period.

Tell us a bit about the new Ao Yun 2017 vintage, what was that year like and how was the harvest?

Cool and wet vintage but our end of season permitted the grapes to ripen slowly but surely so we harvested the last bunch on 22nd November, which is a record for a dry red wine in the northern hemisphere. Then we optimized a lot of process in the vineyard to give the right water quantity to the plant in order to harvest better grape and compensate for the challenging season climate. We harvested ripe and dense grape but with high Himalayan freshness. In the cellar, we decrease tannin extraction to raffinate the texture of the wine.

How does it compare to the 2016 vintage?

2016 is more open now, very elegant and easier to drink. 2017 is more powerful and closed at the same time. The texture is creamier and the length and ageing potential are the best for Ao Yun since our first vintage in 2016.

What’s upcoming at Ao Yun that you’re excited about? Would we see a second wine in the coming future?

A few years ago, we started experimenting and creating news wine that permit to deep dive into Ao Yun terroirs and each vintage story. We are expecting to share this with you in the future.

Beyond the G&T: 3 new ways to use tonic in summer cocktails