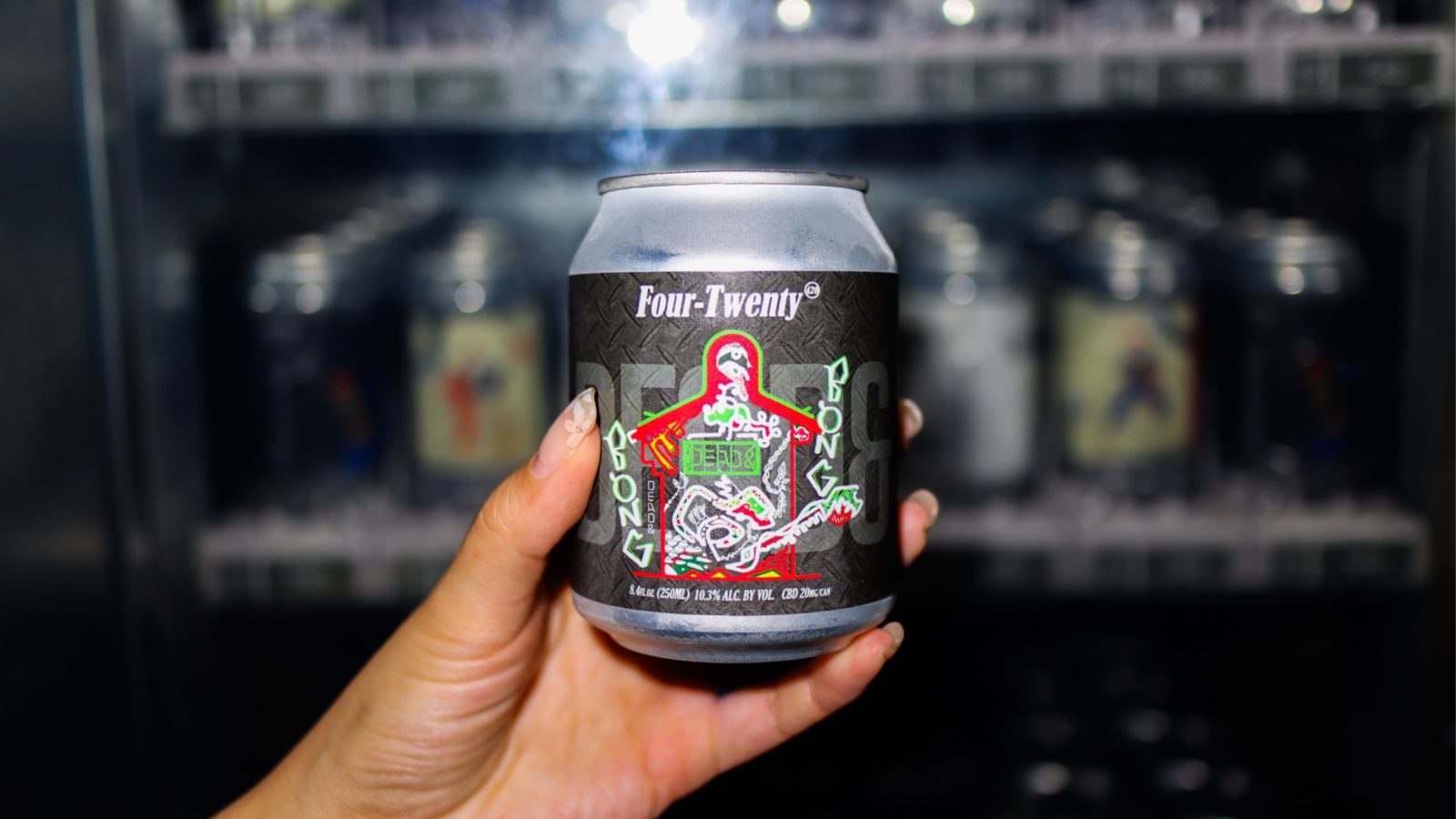 After quietly appearing at our favourite Lan Kwai Fong dive, the Four-Twenty and Dead& “Bong Bong” CBD tequila soda is launching in a spectacular way on Saturday, 23 October.

“After a hard work week, people want to chill out and relax,” says Jake Erder, the familiar face behind the bar at Dead&, the New Orleans-style watering hole from the Prabowos and Ghales of Penicillin fame.

And that’s nothing new — there’s nothing like wrapping up the weekly grind with a tall glass of something… effective, especially over the past year-and-change, with the seemingly endless parade of Zoom calls and tedious small talk about what we’re going to do when “all this” is over.

You might also like…
Living
Cheat Day: Laura Prabowo, Co-Founder and Managing Director for Penicillin and Dead&
Food & Drink
ONLY Vodka Soda wants to be your only vodka soda

What is new, however, is the rapidly expanding portfolio of canned “ready-to-drink” (RTD) cocktails across Hong Kong. The latest to hit the market, Dead&’s “Bong Bong” CBD tequila soda, launches this weekend in the heart of Lan Kwai Fong. As the name implies, the beverage also adds another trending element: the 100% legal chemical known as Cannabidiol — the second-most active ingredient in the Cannabis plant.

Enough for a buzz and a little off the top.

“We are a raw and new bar that is trying to push the norms in the Hong Kong bar scene,” says Erder. “We noticed the excitement of CBD being legalised in Hong Kong, and we believed that CBD cocktails match the vibe and ethos of Dead& perfectly.”

To launch the stuff, Dead& teamed up with local brand Four-Twenty, makers of other canned CBD cocktails including “Higher Ball” whisky soda, “Magic Acid” vodka soda and “OGT” gin and tonic, to add their twist — 20mg of it, in fact — on the classic agave highball. The result is sweet and refreshing, and at HK$50 a can, easy on the wallet, too.

“If you have never consumed CBD before, it mellows you out and can help calm people’s anxiety,” adds Erder.

To mark the occasion, Dead& is throwing a bash of its own on Saturday, 23 October, with a little bit of something for everyone: flash tattoos by Circuit Square Tattoo & Co., music courtesy of DJs Kastler and Sleepy, a shotgun competition and an extra cold edition of the “Bong Bong” for slushy lovers.

Drinks Bartenders Hong Kong CBD Canned Cocktails tequila soda
You might also like ...
Food & Drink
Best Sips: 4 drinks we loved this week
Food & Drink
Where to drink in Hong Kong this October 2021
Living
27 Questions: Agung Prabowo, Hong Kong bartender extraordinaire and co-founder of Penicillin and Dead &
Living
27 Questions: Roman Ghale, co-founder of The Sea by The Old Man
Nathan Erickson
Editor-in-Chief
Made in Seoul and based in Hong Kong, Nathan has covered food, fashion and music from New York to Paris to Oaxaca. He enjoys street photography, buying too many hooded sweatshirts and he'll never turn down a tequila soda. Catch him on weekends hiking trails all over Hong Kong in hopes of finding his idol, Chow Yun-fat.