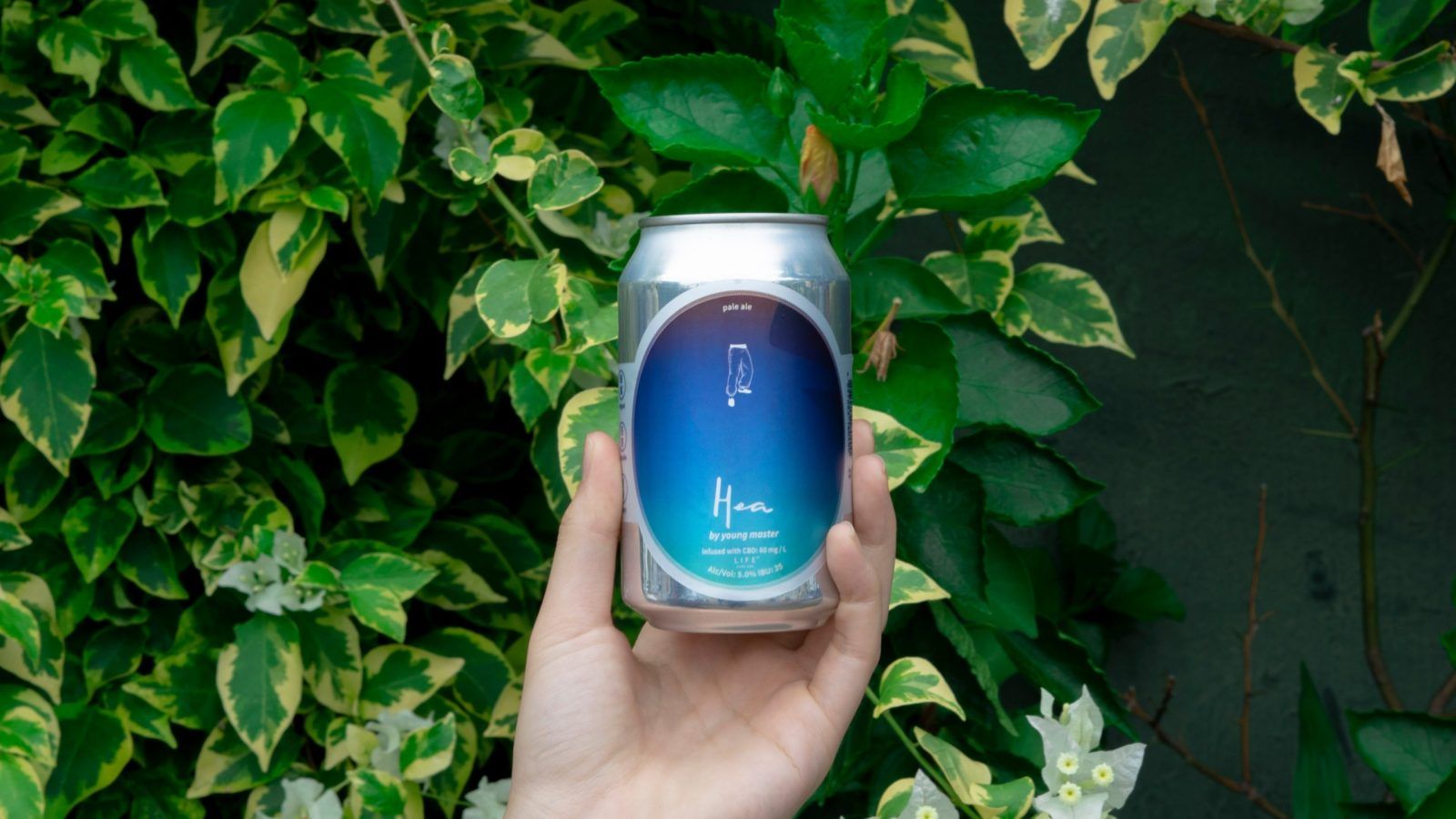 Where to find CBD beer in Hong Kong

A touch of green in a brew of gold. It’s all about that infusion of hops and hemp.

Unlike the relative popularity of CBD-enriched coffees, CBD beers continue to simmer in the horizon, with the first locally-produced brew — Oh CBD Beer HK — having only launched in early 2020. To this day, the stigmatised reality of CBD, despite its very legal status, is a hard barrier to cross, perhaps even more so in combination with a controlled substance like alcohol. The tide continues to rise for the supplement, however, with the launch of CBD-infused tequila sodas, the proliferation of CBD in make-up and skincare and the grand opening of Hong Kong’s first CBD-dedicated café, Unbothered, centrally located smack-dab in the action of Lan Kwai Fong.

For those of us looking to cracking open a CBD-enriched cold one with the boys (and girls), here’s a selection of the best locally crafted CBD beers for your perusal.

These are the best CBD beers in Hong Kong

Founder Henry Leung’s past lives as a creative director and event producer can be patently felt, even merely through Oh CBD Beer’s zany, graphic packaging. Oh CBD Beer’s cans act as a rotating canvas for different graphic designers; each batch, therefore, will have a personalised touch unlike batches from before. Or after, for that matter.

Oh CBD Beer was born from Leung’s found love for CBD’s stress-reducing effects and a true desire to do his part in destigmatising the substance in a geographical region not particularly known for being welcoming. Leung also claims his Oh CBD beers are “hangover-free”.

Young Masters’ CBD series is entitled ‘Hea’; those familiar with Cantonese slang will most likely have gotten a chuckle out of that. ‘Hea’, colloquially, teeters along the lines of ‘laziness’ or ‘lounging around with no apparent rhyme, reason or purpose’. Honestly, we’re keen.

Currently on the CBD beers roster are the Hea Pale Ale (also: the winner of Cathay Pacific Hong Kong International Wine & Spirit Competition’s bronze prize), Hea Session Ale and Hea Double IPA. The first two are infused with a 60mg dosage of CBD per litre of ale, and the third, a potent double-dose at 120mg per litre.

On the CBG line-up is the Hea CBG Pale Ale, infused with 60mg dosage per litre of “Mother Cannabinoid,” a precursor to THC and CBD meant to “provide the opportunity to reset CBD tolerances levels as well as a provide new sensation” for experienced CBD users. Consider this a next-level upgrade.

Slide into Young Masters’ Instagram DMs or WhatsApp them for orders. Otherwise, try your luck at various establishments within the YM Eats collective, including The Ale Project, Tap: The Ale Project, Second Draft, Alvy’s and Pub 1842.

A quick perusal through Yardley Brothers’ brews will make one thing clear: these brews are special. Irreverent. Rebellious, even. From IPAs cheekily named ‘Hong Kong Bastard’ to stouts creamy with caramel fudge and milk chocolate, there is a Willy Wonka-esque cadence of fun with Yardley Brothers’ creations.

In partnership with Open Book Extracts (OBX) Asia, the Yardley Brothers released their on-keg-only CBD-infused beer in January 2021: the “Lo/Hi Mango Cheesecake CBD Sour”, doused with a 66mg dosage of Hydrobond, OBX’s proprietary Tetrahydrocannabinol (THC)-free, water-soluble CBD, per litre. It’s as mouth-watering as it sounds; reminiscent of an orange-gold mango-topped vanilla cheesecake that’s as decadent on the palate as it is on the eyes. All that saffron-yellow goodness.

The latest from CBD-infused launch from YB is “A Few Of My Favorite Things”: a lager that’s crisp, refreshing and so reminiscent of do-nothing summer days.

A six-pack of A Few Of My Favorite Things is priced at HK$260 from Yardley Brothers’ online shop here.

Marketed as Hong Kong’s first CBD-infused beer ‘tailored for the ladies’, each bottle of plantB’s locally-produced brews are infused with 20mg of LIFE™ CBD — the very same doused through the coffees at Found.

plantB’s CBD beers are flavoured two ways: the first release a tropical treat with coconut and lime; the second with roasted chestnut, a full-bodied dark ale that carries a warm, nutty aroma.

A two-bottle pack of plantB CBD beers are available online via Lit Concept for HK$148.

浮水 CBG Beer is HK$65 per 330ml bottle and can be purchased here.

An adorable cartoon character performing an impressive back-bend, headstand and side-lunge accompanies the three CBD-infused beers exclusive to Kinabaji Korean Café and Restaurant. The first is a CBD Session Hazy IPA, described as flavoured with coconut and tropical fruits; the second a CBD Session Czech Pilsner, smooth on the palate with a lingering caramel-honey finish; the third a CBD Dry Hopped Lemon Saison, acidic on the tongue with a citrus, lemony kick.

It’s all in the name. Calma infuses their roster of beers — currently counting at four with a Suave Wheat Beer, an Intenso IPA Beer, an Altura Pilsner Lager and a Sereno Pale Ale — with a side of calming CBD; all unfiltered, all natural, all rendered with no preservatives here in Hong Kong. The brand has also since dipped their toes into ready-to-drink canned cocktails with a CBD-infused sangria.

Calma CBD beers are priced at HK$68 per 330ml bottle and can be purchased from the Armara CBD store here.