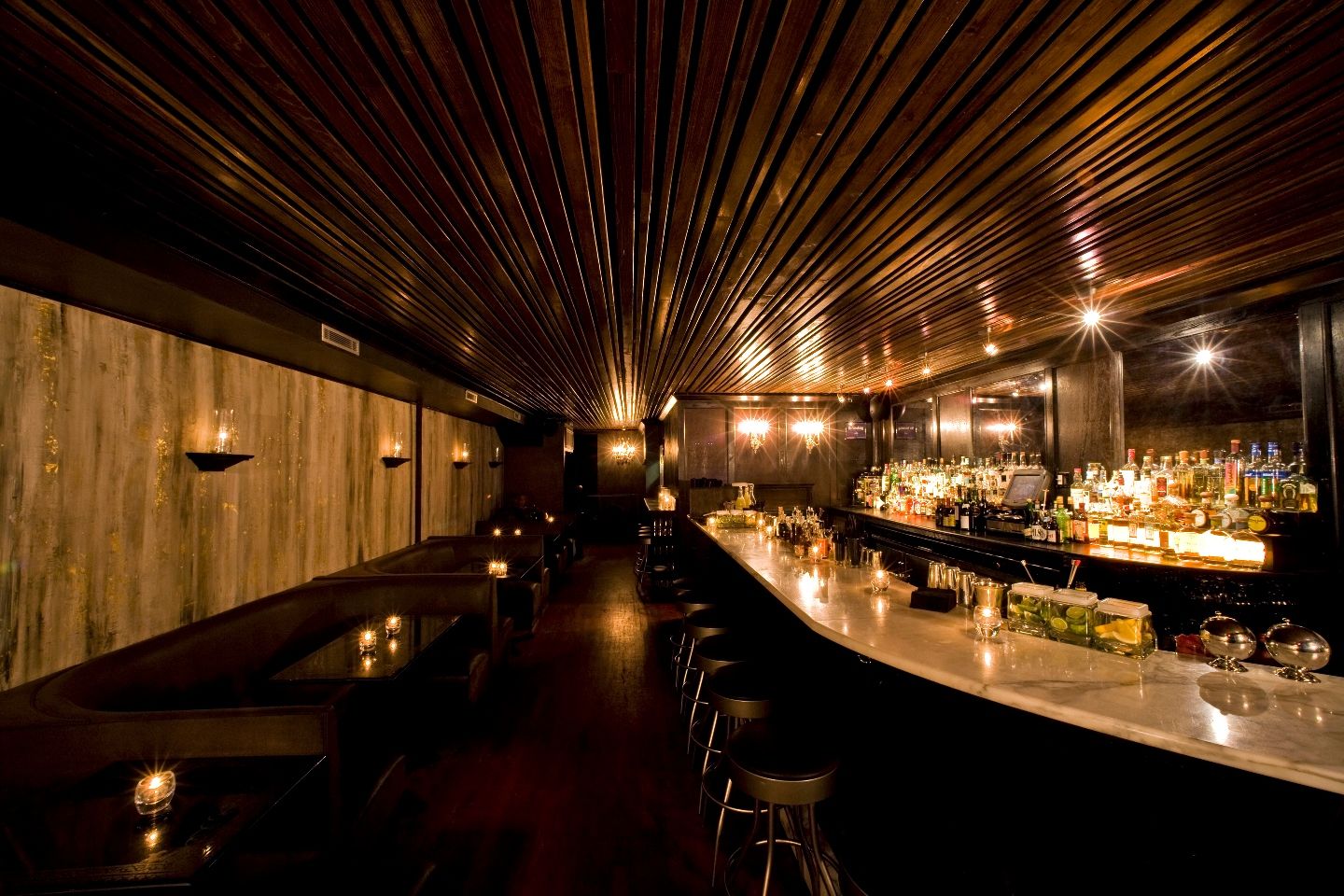 Considering the PDT pop-up at MO Bar in 2016, The Dead Rabbit pop-up at Blue Bar in May, and the recent opening of world-famous speakeasy Employees Only in Lan Kwai Fong, it’s clear that Hong Kong has a fascination with New York City’s top-tier cocktail bars — and now there’s one more to add to the list. From 19-23 September, famed watering hole Death & Co., a drinking institution since its opening on New Year’s Eve 2006, will pop-up at our very own Ozone, also known as the highest bar in Asia.

More than a decade old, Death & Co. was a key player in the craft-cocktail revival that began in the 2000s, and its influence can be felt at watering holes around the world. Known for its intimate interior with kerosene lamps and gold-flecked walls, the bar is a far cry from the splashy décor found at Ozone, but with a team of the speakeasy’s own bartenders on hand — led by Tyler Buhler, World Class American Bartender of the Year 2015 — we’re expecting an authentic recreation of Death & Co.’s meticulous approach to “modern-classic cocktails”.

Presented by Diageo Reserve World Class, the pop-up will give Hong Kong’s cocktail enthusiasts the opportunity to taste the team’s signature creations for five nights only, starting from 6pm. The list of tipples will include a Martini (Ketel One vodka, sherry, olive-and-bay-leaf tincture); the refreshing Collins, a blend of Tanqueray No. TEN gin, rum, cane syrup, eucalyptus extract, and seltzer water; the Fix (Don Julio Reposado tequila, lime, vanilla syrup, mango purée, salt, edible flower garnish); and the Sour, which features a fruit-infused Bulleit Rye whiskey with refreshing notes of lemon, grapefruits and raspberry.

No one wants to drink on an empty stomach, of course, so Ozone’s Spanish Chef de Cuisine Rafael Gil has created small plates to accompany the expertly made cocktails. The food menu will include a hot dog topped with crispy onion, a “wagyu BLT”, fries topped with melted cheddar and bacon, and a decadent lobster mac & cheese served in a cast-iron skillet.

Whether or not you’ve been to Death & Co. in New York, if you like finely crafted tipples, we’d suggest you not miss this five-night event. For reservations, call +852 2263 2270 or email restaurantreservation.hk@ritzcarlton.com.

Drink Ozone Bar Bars Dining Ritz-Carlton Hong Kong Pop-up Pop-up Bar New York City The Ritz-Carlton Hong Kong World's 50 Best Bars Pop-ups Death & Co. World's 50 Best Bars 2017 Diageo Reserve World Class
Michael Alan Connelly
Head of Digital Content
A Chicagoan by birth and a New Yorker by habit, Michael has more than a decade of experience in digital publishing at leading titles in the U.S. and Asia. When he's not checking out Hong Kong's newest restaurants and bars or jet setting around the globe, you'll find him hanging out with his dog Buster and enjoying an Aperol Spritz.
Travel Hotels Restaurants Cocktails Culture Italy Art Music Cheese
Sign up for our newsletters to have the latest stories delivered straight to your inbox every week.