Home > Food & Drink > Drinks > Why you should drink sake out of wine glasses, not small cups 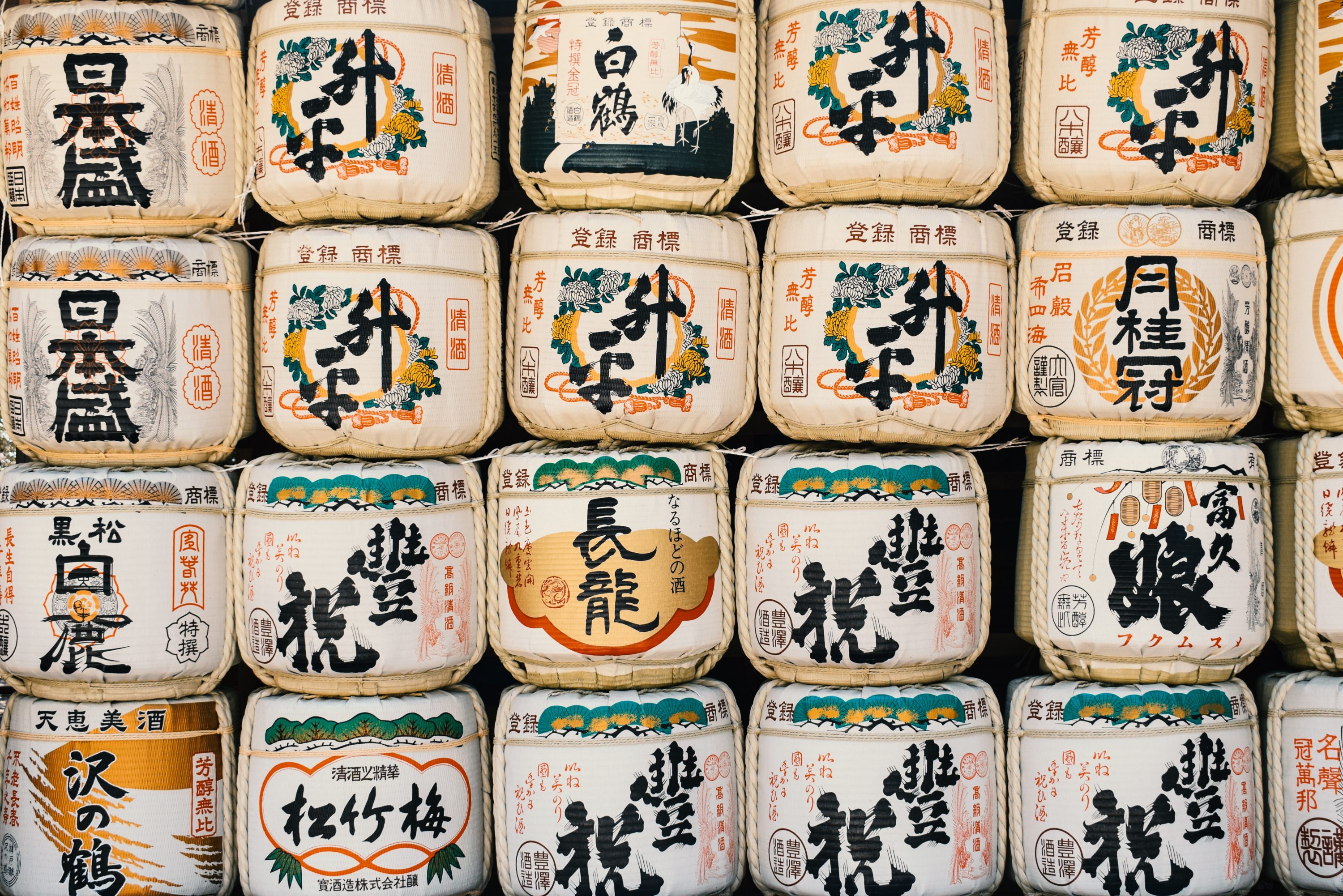 Why you should drink sake out of wine glasses, not small cups

Food & Drink
Why you should drink sake out of wine glasses, not small cups
Share this article
Next article

As anyone who’s ever been to a Japanese restaurant can tell you, sake is traditionally served in flasks and cups. These flat-beaked, open-mouthed vessels were popularised during the Edo period, when the sake is said to have flowed liberally throughout the imperial court. Given sake’s strong position in traditional Japanese culture, even today when you order a bottle of sake, more often than not it’s served as it has been for hundreds of years: with cups made from gilded ceramic, craggy clay or exquisitely blown, colourful glass.

Surprisingly, it was 260-year-old Austrian glassmaker Riedel that developed a different idea as to how sake should be drunk — in delicate wine glasses. In light of the new glassware launch, we recently attended a sake tasting led by Wolfgang Angyal, president of Riedel Japan, to learn why.

In the world of drinking, vessels matter. “The same wine will display different characteristics depending on the shape and vessel,” says Angyal. “It’s really up to the sommelier or the host to select the wine or sake, to pair it with the right food, to choose the right serving temperature, and to pour it from the bottle into the glass. Often what we forget about is the most important delivery of all: the delivery from the glass to your five senses. When you touch the glass, look at the colour, smell the aromas, taste, and even when you clink the glass, your five senses are involved.”

For instance, when we sampled a sparkling sake, a medium-sized, convex-shaped champagne glass brought out a delicate tickle of bubbles to the tip of the tongue, giving a nicely balanced, creamy texture. “Elegant, fine bubbles,” Angyal noted. But when served in a generic champagne flute, it foams up; the bubbles explode in your mouth, and you get a sharper, attack-like bite in the back palate. The intensity of aroma is also muted, making it hard to detect what it is exactly you’re drinking.

In 1999, Riedel, in collaboration with sake makers, broke the mold to create a glass specifically to highlight the characteristics of daiginjo sake — the variety of sake featuring more highly polished rice, and hence a cleaner, purer flavour profile.

Angyal explained to us the difference between the traditional vessels and Riedel’s glasses: “We love those kinds of small vessels, because they are an intrinsic part of Japanese culture. However, when we look at sake in an epicurean way, you’ll notice there’s hardly any aroma when drinking from the [traditional clay] cup. You’ll notice the sake goes into the sides of the mouth, emphasising the alcohol, and it’s a little more watery.”

In contrast, when tasting, the tall-stemmed, egg-shaped wine glass allowed a controlled delivery that emphasised the clean, crisp attributes of daiginjo sake. Here, Angyal adds, “[The sake] is very nicely compact and concentrated on the top of your palate rather than the sides of your tongue.”

Whereas winemakers talk about the soil, the vineyard, the microclimate, the quality of the grapes, sake makers typically look at rice-polishing rate, the selection of the water, whether the product is filtered, pasteurised, or aged. All sake is made from rice, water, koji mold, and yeast — it’s all about the brewing process and how those ingredients and processes interplay.

Thanks to the rice husks, which contain proteins and lipids, sake inherently has an umami quality already, thanks to the proteins. “Polishing the rice removes the proteins, fats, lipids off each rice kernel, and doing so you can make the sake taste ‘cleaner’ and more ‘pure.’ Such as daiginjo.” says Wolfgang Angyal.

At the opposite spectrum of highly polished daiginjos, you have junmai sake. As a result, “the junmai is more full-bodied, complex, and has more woody notes and earthy notes.” Its unique brewing process lends it a much more umami flavour compared to anything else — a marker for protein.

Riedel’s daiginjo glass has enjoyed nearly 19 years of success; with more educated and discerning sake drinkers out there these days, it was time for junmai to get its time in the limelight, and the glass was finally launched this past May. But why did it take so long? “We were asked by the sake industry for many years, ‘What about junmai?’ In 2010, we actually started to develop it together with makers. However, there was a split vote. There was one direction that favoured the umami-rich style, then there was one direction in the industry that favoured the very aromatic, junmai palate. We couldn’t work without a flavour target, so we pulled the plug on the project.” Angyal says. “We only started again two years ago, because the industry was much clearer about where they wanted to go, and this was towards the umami-rich style.”

The result: the bowl of the glass has been opened up into a wide-brimmed shape, almost martini-esque. Angyal explains how it’s tailored to bring out the supple textures of junmai, rather than its naturally funkier aromas: “Junmai makers recommended not to serve in an egg shape, because when you smell those aromas, these funky, mushroom aromas are almost too dominant, too intense.” 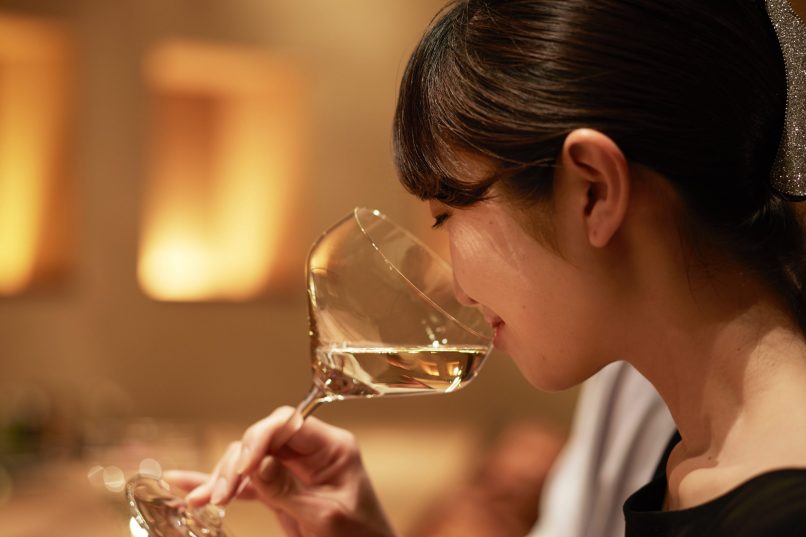 Upon sipping with the new junmai glass, the sake lands very broadly and falls very slowly, covering all of your front palate. It opens up a nice combination of bittersweet, balanced acidity. Conversely, if you drink a junmai in a daiginjo glass, the delivery is too quick, leaving you with a bitter aftertaste. “It’s completely unbalanced, almost to the point of unpleasant”, Angyal says.

Initially, the Riedel team wanted to create a stemless junmai glass to conform to Japanese table settings, owing to the fact as well that the daiginjo stemless version had been doing well in Japan. But during the 42 workshops with 170 brewers and sake experts, all the small-shaped glasses were eliminated. Angyal adds, “We were left with all the big shapes that people had to hold with two hands. We knew then it had to have a stem. Plus, Georg Riedel insisted on the long stem: “Sake is a wonderful beverage, and it doesn’t have to shrink. We wanted it to send a design language with this glass, that elevates sake to the level of wine on any table around the world.”

Wolfgang Angyal notes sake’s ability to pair fantastically with Asian cuisine. “A Japanese dish that would go well with daiginjo would be something very light, such as squid with lemon and salt. Whereas the junmai, which has a lot of umami, would go well with a miso-grilled cod for example, or Chinese mains like glazed pork. Some sakes go amazingly well with cheeses, sometimes even better than wine — because sometimes it can overpower the umami flavour. Cheese, like parmesan and harder cheeses, but also washed cheese, is almost pure umami in its expression.”

With 30 years’ experience in the sake world, Angyal thinks this is now the perfect time for sake to shine worldwide. “Now, 30 years later, sake as it presents itself to the world is one of the most exciting drink categories out there. What is very important from now on, is that the sake educators really educate customers in  restaurants about how to match it with food.” A good basic guideline to follow is to pair light flavours with daiginjo styles, and and richer tastes with junmai. “Anything umami-rich, in the junmai glass; anything umami-light, in the daiginjo glass.”

Drink Riedel Sake glassware junmai Daiginjo Barware
Evelyn Lok
Managing Editor
When not trying out the latest beauty and wellness trends, Evelyn is likely enjoying a perfectly balanced negroni or exploring some of Hong Kong's best new places to eat and drink. At Lifestyle Asia she covers everything from the biggest events in town to interviews with Hong Kong specialists, with topics spanning art, food and drink, health, tech, and travel.
Beauty Wellness Events Art Drinks
Sign up for our newsletters to have the latest stories delivered straight to your inbox every week.