You’re never very far from a good drink in Hong Kong, but we were truly spoilt for choice in 2017, a year that brought us plenty of new bars — the best of which became instant favourites. From world-famous imports to impressive spots opened by homegrown talents, the city’s best new bars reflect a sophisticated drinking scene that’s as strong as it’s ever been in recent memory. Here are our picks for Hong Kong’s best new bars of 2017. Cheers! 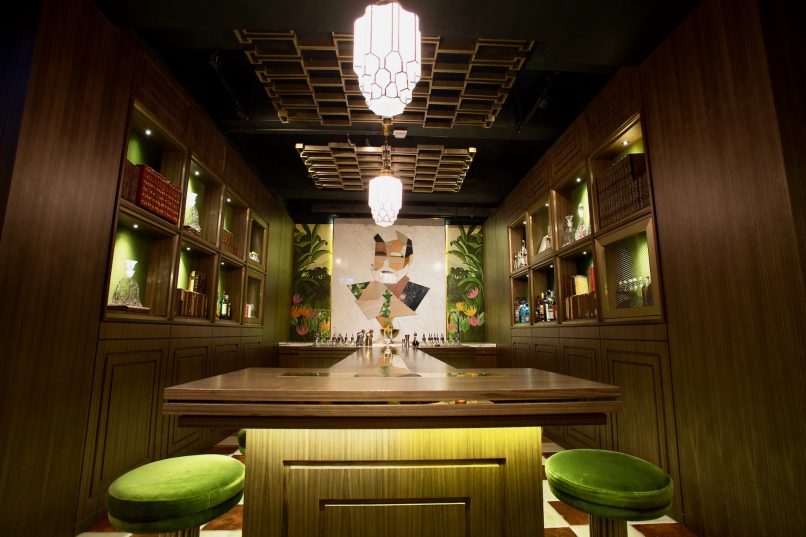 Handsomely outfitted and pleasantly intimate in size, this SoHo cocktail den was an instant hit with cocktail aficionados when it opened over the summer — and it continues to be night after night, when there’s standing room only, if not queues just to get inside. In our opinion, the wait is always worth it at The Old Man, where the Hemingway–inspired cocktails are expertly made, the music is good, the vibe is convivial and the service is warm thanks to the three co-owners who are all veterans of the drinks industry: Agung Prabowo, James Tamang, and Roman Ghale. 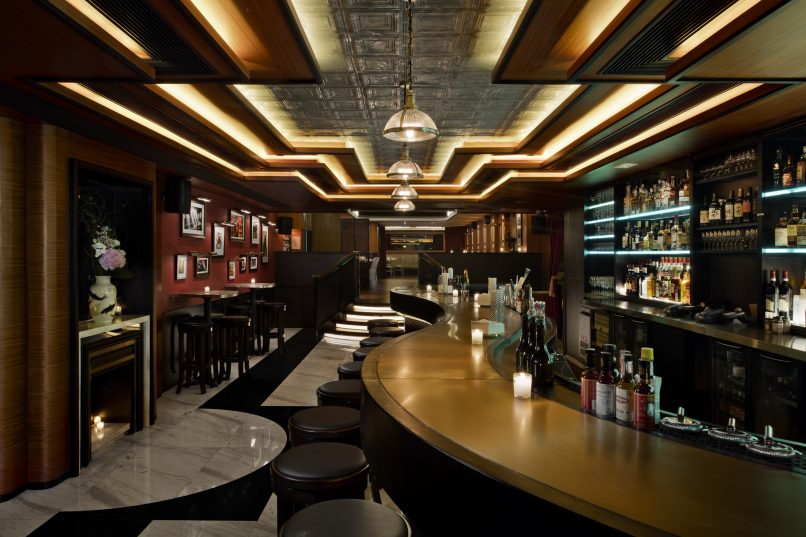 The city seemed to lose its mind when it was announced that world-famous speakeasy Employees Only would be opening up shop in Hong Kong; some six months later, the buzz has died down a bit, but we’re still grateful to have a respectable watering hole in Lan Kwai Fong for once, particularly when it comes to late-night revelry. Inside the vibe is classy but fun, a complete contrast to the chaos that awaits just outside. The drinks are strong and well made by a friendly bar staff, and if you can get hungry you can nibble on steak tartare and parmesan fries. What’s not to like? 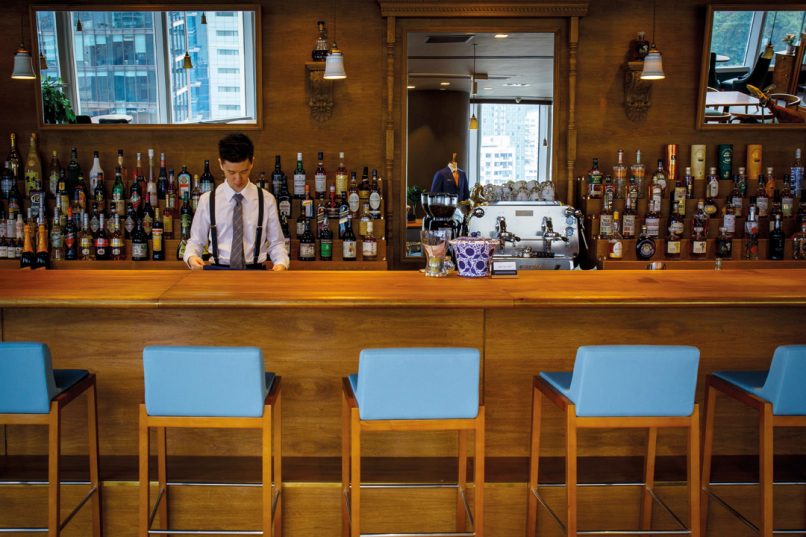 Though it technically debuted in the final days of 2016, we’re counting Bar De Luxe amongst this year’s openings, though it would have made the list in any year. An offshoot of Tokyo’s celebrated Bar High Five, Bar De Luxe brings a bit of Ginza–style drinking to Central, a gift to anyone who’s a fan of the Japanese approach to mixology. The ambiance is a bit quieter and more refined than the original, meaning it’s not to everyone’s taste, but the drinks are superb — and even better when paired with the killer views from high above Wyndham Street. 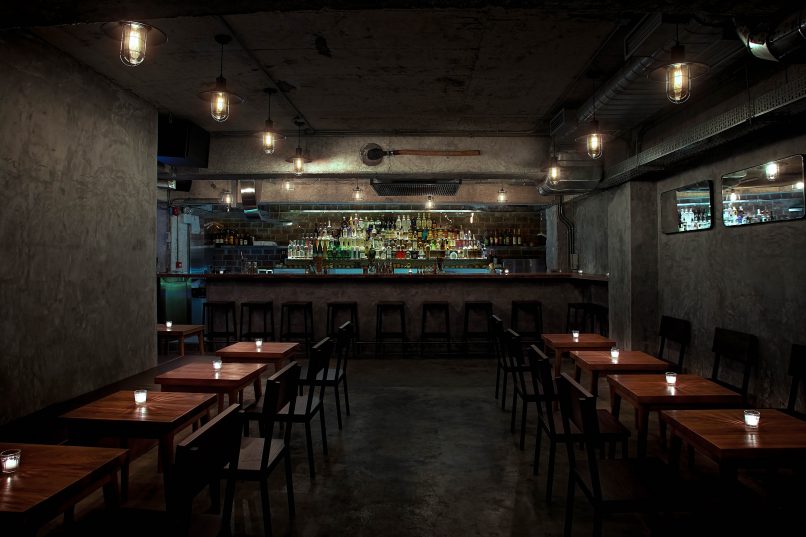 Can a bar that opened in the final weeks of 2017 really be one of the best newcomers of the year? Absolutely. At COA, industry vet Jay Khan has taken his passion for Mexican spirits and turned it into one of the city’s most unique watering holes, with Hong Kong’s most extensive selection of rare tequilas and mescals. The selection may be overwhelming, but you’ll be in good hands with Khan and his knowledgable staff. Whether you sip mezcal on its own or try it mixed into one of Khan’s delightful cocktails, this is a great place to expand your palate and broaden your drinking horizons. 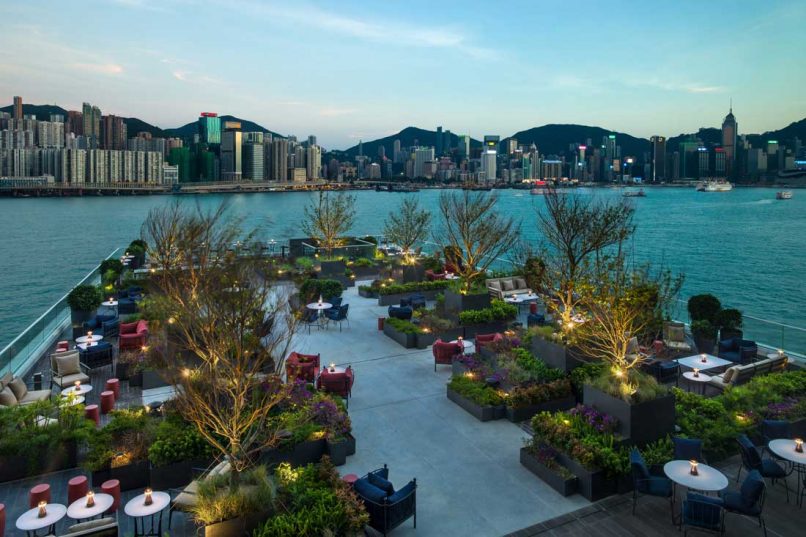 Hotel bars are often nothing worth writing home about, but that all changes when you factor in an outdoor terrace that boasts some of the best views in all of Hong Kong — a 270-degree harbour view, in fact. Fortunately, that’s not the only aspect worthy of praise. We also like the industrial-chic décor with exposed brick and Edison lightbulbs, not to mention the oak barrel-aged cocktails, craft beers and bar snacks. All in all, it’s a good excuse to get yourself to Hung Hom if you’ve not been already. 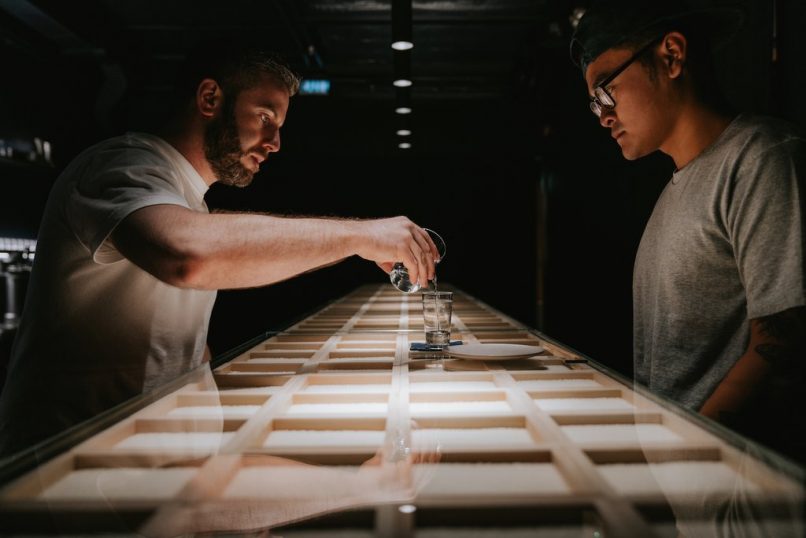 Much more than just a bar, Sake Central describes itself as a ‘celebration of Japanese culture through food and beverage’ and ‘an educational and multifunctional retail space’. The expansive space does has a ‘cultural pavilion’ to promote Japan’s 47 prefectures and a brand showcase area dedicated to eight sake producers at a time, our favourite part is still the 16-seat bar where you can try up to 200 sakes while snacking on otsumami (small bites designed for drinking with alcohol). Lest you have any doubts, the sake programme is overseen by none other than the esteemed Elliot Faber, Beverage Director of Ronin, Yardbird and Sunday’s Grocery, not to mention one of the few people in the world to hold the title of ‘Sake Samurai’. 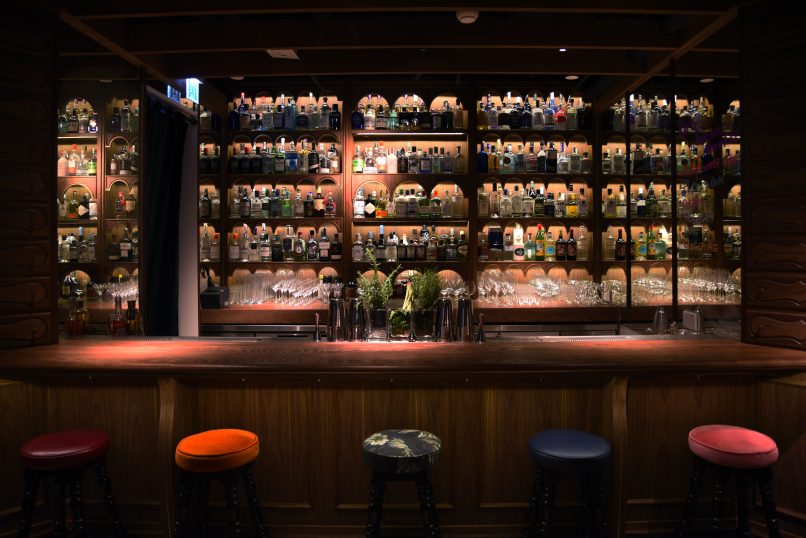 Gin bars are nothing new in Hong Kong, but Landmark speakeasy Dr. Fern’s Gin Parlour — hidden away behind an intentionally misleading door — clearly did something right, having opened in February and landing on Asia’s 50 Best Bars 2017 by the end of June. Being gin fanatics, we appreciate the selection of more than 250 different bottles from around the world — the largest selection in Hong Kong — as well as the signature gin & tonics on offer, as they’re made in ways that preserve the integrity of the spirit whilst concentrating its aromas as well as the carbonation of the tonic. 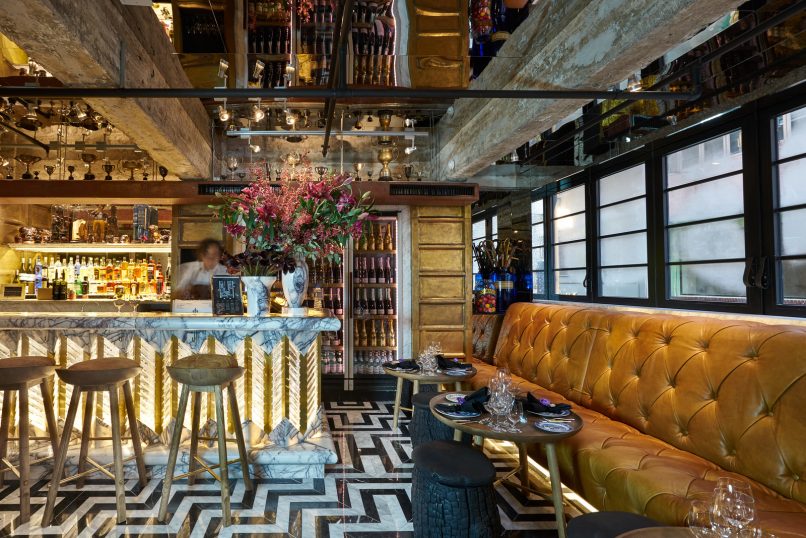 As far as we’re concerned, bars inside restaurants aren’t standalone bars, but we’d be remiss if we didn’t briefly call out the bars at Gough’s on Gough — a gorgeous little corner where you should order the Victory Gin, one of our favourite cocktails of all time — and at Fang Fang, where the intriguing cocktails are made with Asian ingredients such as kimchi, goji berries and Chinese almond.

Food & Drink
New Eats: An immune-boosting meal at Hue, rock ‘n’ rolls at TMK
Beauty & Grooming
Here’s what we know about Selena Gomez’s new beauty line
Style
Here are 5 micro-brands that are shaking up the watch industry
Style
Watch: Burberry’s Fall/Winter 2020 fashion show, live from London
Style
Weekly Obsessions: Bottega Veneta’s Chain Pouch, Avestan by Brandon Truaxe fragrance and more
Living
From preventative health to matchmaking, here’s why you want to get on the DNA testing bandwagon
Food & Drink
This Dalmore 51, the Scottish distillery’s first release of the new decade, could be yours for a cool HK$552,000
Living
Stylish tableware to spruce up your next dinner party
Travel
The Bangkok Marriott Marquis Queen’s Park paves the way for eco-minded hotels
Sign up for our newsletters to have the latest stories delivered straight to your inbox every week.

Everything you need to know about Japanese gins