How to Succeed: Maggie Henríquez, President and CEO of Krug Champagne

The world is full of successful CEOs, innovative entrepreneurs, and risk-taking business owners, but every person follows their own path to the top. Welcome to How to Succeed, our new monthly interview column in which we pick the brains of industry leaders to find out how they got to where they are today.

To launch this new column, we were honoured to sit down with Margareth Henríquez — she prefers to go by “Maggie” — the President and CEO of Maison Krug, one of the world’s finest and most iconic Champagne houses. Charming and ebullient, Henríquez was recently in Hong Kong to introduce Krug’s Les Creations de 2004, the newest vintage to be released. Before meeting her in person, we already knew she was a trailblazer; after all, she’s the first Latin American person to run a Champagne house, and she’s one of just a handful of women who have reached similar positions in the industry. What’s more, she’s brought Maison Krug into the 21st century, with innovations including, but not limited to, the introduction of the Krug ID, a number that can be found on any of the house’s bottles, which provides information about its production and also verifies its authenticity.

In a quiet corner at the Mandarin Grill + Bar, Henríquez spoke to Lifestyle Asia about her history of turning companies around, the experience of attending Harvard University, and her key pieces of advice for anyone looking to succeed in their own career.

What was the first job you ever had?

When I was 13 years old — of course you could not do this today — every vacation was the time when you prepare for school. The bookstore that sold the books for my school always needed extra help, so I used to get a job there every year during vacations. I stocked the shelves, made sales, everything, and I saved that money.

How did studying at Harvard affect you and your career?

I have no words. Imagine: I had this idea in my mind that I was going to leave Venezuela when I died. When I was building my last apartment I had in Venezuela, I said to the builder, “You have to know that I will leave this apartment horizontal”. That was in ‘93; in ‘95, I went to Harvard. I owe my international career to the vision and encouragement I received during my training at Harvard.

What important lessons did you learn there?

What was your experience working in Mexico and Argentina like?

I had worked in crises all my life, by chance: In Venezuela in ‘92, big crisis; ‘95, when I arrived in Mexico, the company was in crisis. Then when I arrived in Argentina, it was 2001. I saw the crisis coming, so we prepared the company [Moët Hennessy Argentina] and we were very successful. Christophe Navarre, CEO of Moët Hennessy, thought I may be the right person to run Krug. I think he was not mistaken, for two reasons: I had time, and I think my experience was critical to understand the house.

What was it like moving from Argentina to France to run Krug?

The company was going through a difficult situation and I was expected to change things fast, but there is no way you can change these things fast — it took four years. It was also difficult because it was the first time in my life I worked in a different language. French was my third language, by far, and continues to be, so it was not easy. Probably the most difficult factor was that since the year ‘88 or ’89, I had led companies where I was the top person. When I arrived [at Krug], I had bosses everywhere, so this was tough, I tell you. 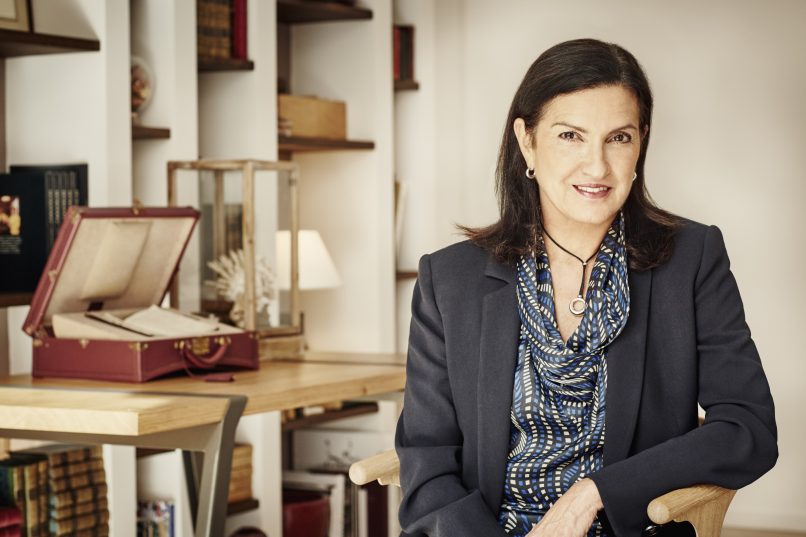 You’re the President and CEO of the House of Krug, and you’re a female. Are there many other women at your level in the industry?

No, not many women. Women are new in these positions. I started in the wines and spirits industry in 1982. In Venezuela, we didn’t have this sensation of machismo even though it’s a Latin American country, so it was very easy for women to grow in business. I never felt it was a problem. I think in Champagne we’ve had some women leading companies — like Cecile Bonnefond was the President of Veuve Clicquot. What is probably fully unique about me is that no Latin American, man or woman, has ever run any Champagne house, so the combination of being a woman and Latin is really quite unique.

What’s the biggest failure you’ve ever faced in your career?

The first big failure in my career was at the House of Krug. If you ever underestimate a challenge, this is the formula for failure — and that is what I did. I had so much experience with big crises at huge companies, and I thought the experience and knowledge I had was more than enough to turn Krug around. Nothing happened: I accumulated failures in 2008 and 2009. I was devastated — they were the most difficult years in my career. But you know, with that devastation, you must be at the centre of the problem to be the centre of the solution.

How did you overcome these failures?

It was about understanding that I needed to take a different approach, more than just looking at the consumers and the unique selling proposition. It was about understanding Krug’s roots: papers, letters, understanding a personality we don’t know. This takes a lot of time. Today, it’s easy: I tell the story, it sounds so obvious. Then, nothing was obvious. It was a big challenge, but since the moment we found the personal notebook of the founder in April 2010, that was like seeing the light.

Is there anyone -- living or dead -- who inspires you in your career?

Yes, I love Margaret Thatcher — I think she was so brave. Today, I have huge respect for Angela Merkel. I’ve also had good bosses: Fernando Kfouri, President of the Americas for Seagram. He was a great boss and he believed in me. He was the first person who took a risk in giving me a big responsibility when I was very young — I was 34 years old.

What three pieces of advice would you give to anyone looking to be successful in their career?

First, you have to challenge everything around you. I remember when I started in my career, the first thing I wanted was to create a system to manage the inventory. The inventory was taken by hand and it took six months to get the results, so I wanted to create a better system. I looked and looked and looked until I found a system, and we solved the situation in six months. This has been my life’s work. You can’t ask, but you must. This is why I love this house, because Joseph Krug did the same: “I don’t believe I have to wait for a good year to make the best Champagne or a good Champagne. I want to make it every year.” So he just invented his own way of making Champagne, respecting the rules and going well beyond at a higher level. He just decided to do things differently, and this is very much my life.

What’s one thing you know now that you wish you had known at the start of your career?

So many things! Probably what I have learned that has really impacted my life is that time is energy. This I have learned and followed and really internalised. You will have time if you understand what are the predators of your energy; for instance, thinking too much. Today, it’s natural: If I am thinking of something that has no substance, I just take it away very fast. I wish I had learned this years ago. Stop wasting time on thinking too much or feeling bad.

A Chicagoan by birth and a New Yorker by habit, Michael has more than a decade of experience in digital publishing at leading titles in the U.S. and Asia. When he's not checking out Hong Kong's newest restaurants and bars or jet setting around the globe, you'll find him hanging out with his dog Buster and enjoying an Aperol Spritz.